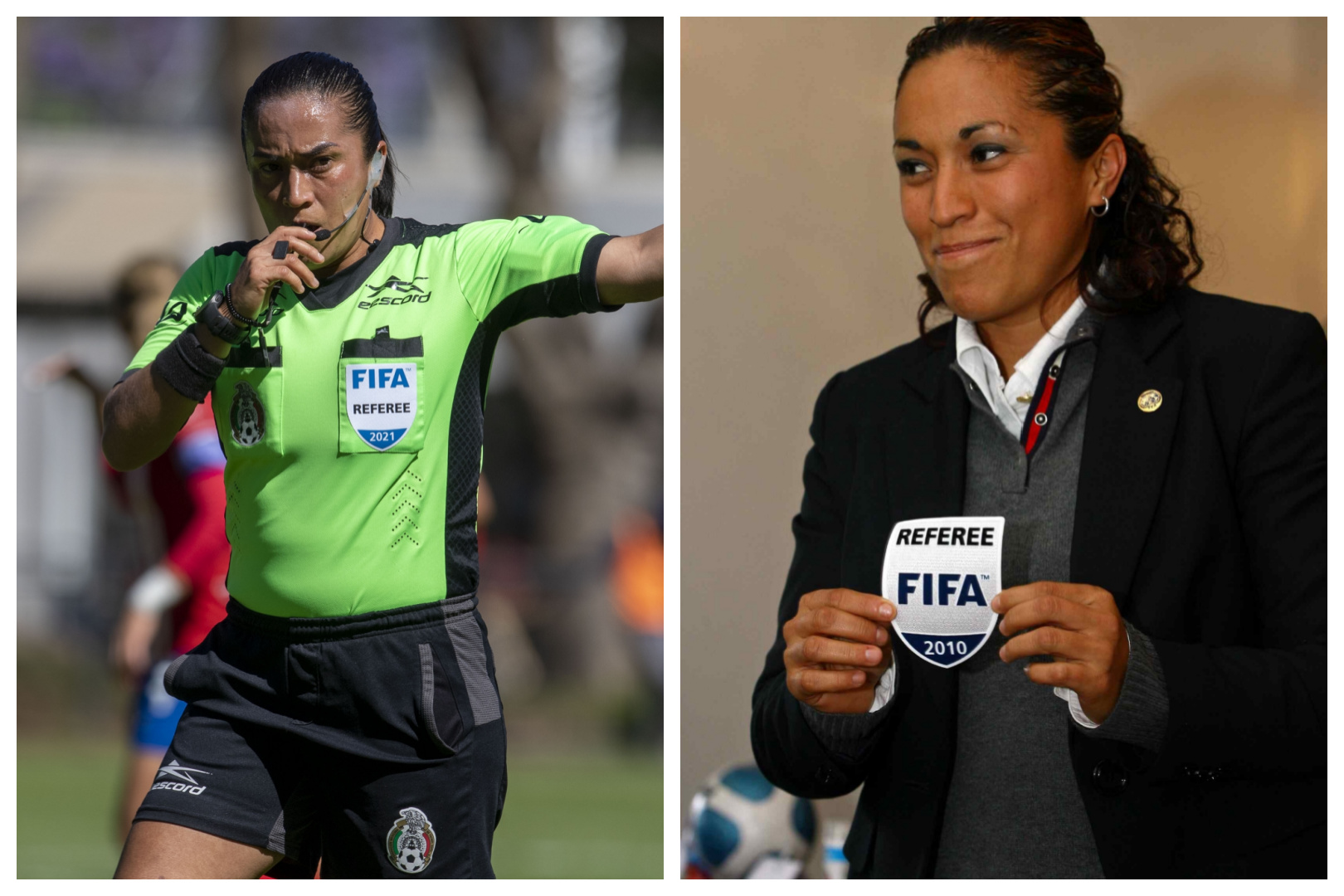 Fortunately for Venegas and the rest of the footballing world, her career progressed to the point that she officiated at the highest level, refereeing matches at FIFA Women’s World Cup and the Olympics.

MIAMI, Florida – The refereeing career of Lucila Venegas almost ended before it really even started.

As a college student in her native Mexico, Venegas was convinced by a friend to give refereeing a try. After slightly bending the truth about her level of experience and equipped with a copy of the Laws of the Game, Venegas blew the whistle to start her first ever match as a referee in a children’s league match.

It did not go well.

“The first game was a disaster,” recalled a laughing Venegas in an exclusive interview with Concacaf.com. “It was September of 1999 and it was a six-year-olds game. I called a good goal offside and on an offside I gave a goal… It was terrible! It was the worst game of my life.

“The coach of the local team came to me at the end of the match with his motorcycle to take me out of there because all of the parents of the kids were angry with me! That was the first step in my refereeing life,” added Venegas.

Fortunately for Venegas and the rest of the footballing world, her career progressed to the point that she officiated at the highest level, refereeing matches at FIFA Women’s World Cup and the Olympics.

And now, at age 40, Venegas has retired from a position that was far less a job and more like a passion.

“It is a mix of emotions. At this point of my life now that I have finished my refereeing career, I feel grateful for all the things that happened to me. I feel honored that people like [Concacaf Director of Refereeing] Brian [Hall] have considered me as one of the top referees in Concacaf. I feel really privileged to have had this experience in my life. It was a really beautiful journey,” said Venegas.

Venegas spoke with Concacaf.com last month from Curacao where she was assisting on an elite women’s refereeing course in which 36 women referees participated.

Her goal is to continue to work with referees as an assessor and instructor to help prepare the next generation of referees who will no doubt benefit from her mentorship, experience and relevancy.

“I want to share my experiences with the young referees. It’s much more difficult now in modern football than in my time. Now, it is faster. This is why VAR exists because some things are impossible to see, and so I’m happy to be here now and ready to share experiences with younger ones,” said Venegas.

After her great escape from the aforementioned children’s match, Venegas would go on to make her professional refereeing debut in 2005 after taking all of the necessary courses to earn her professional license. Experiences officiating throughout Mexico ultimately led to her becoming a FIFA referee in 2008, an honor bestowed on a select few.

“In 2006 they were looking for good candidates for a FIFA badge. FIFA have their requirements and I was the only one who passed all of the requirements. I felt really happy, but getting the FIFA badge was the easy part. The hardest part was maintaining my badge and being recognized. It was not easy. 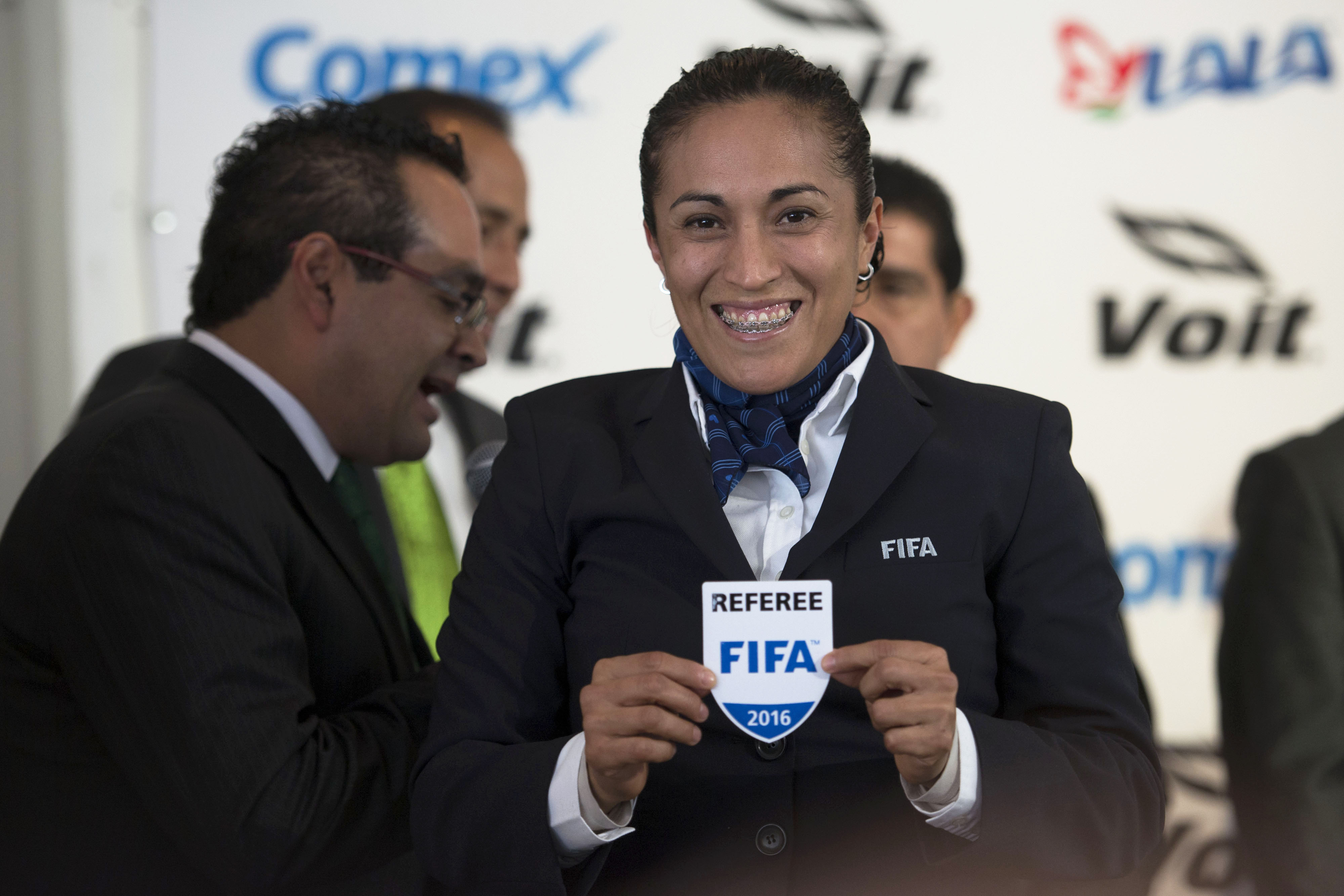 “I received an award in Guadalajara in my city for receiving this praise, but after that I did not have a tournament for two years because there were no women’s tournaments. It was different. Now we have a lot of tournaments and opportunities for new referees, but in the past all we had was the qualification for World Cup and Olympics,” said Venegas.

Soon enough Venegas was accruing international experience and then received the call that she’ll always remember: An assignment at the 2015 FIFA Women’s World Cup. The first World Cup match Venegas would referee was a group stage contest between Switzerland and Japan, in which Venegas had to make a critical call on a penalty that resulted in a 1-0 win for Japan.

While she still recalls with great clarity the play, what stands out even more is the aftermath.

“I hoped I called it correctly since it was my first World Cup. I was really nervous. I didn’t have time to watch the replay, so when I arrived to the hotel, part of the crew were waiting for me in the entrance of the hotel and said, ‘Massimo [Busacca, Director of FIFA Refereeing] wants to speak with you.’ I said, ‘Oh my God! I’m going home. How could I lose this opportunity!’ Massimo said to me, ‘Lucila, how are you?’ I said, ‘I’m fine, you?’ He said, ‘I’m really happy.’ And so I said, ‘Good! I’m really happy as well!’ This feeling, I can still remember it,” said Venegas.

Another career highlight was serving as the Head Referee for the women’s semifinal at the 2016 Rio Olympics between Sweden and Brazil. Once again, keeping a cool head enabled Venegas to overcome the challenges of that day at Rio’s famed Maracana Stadium. 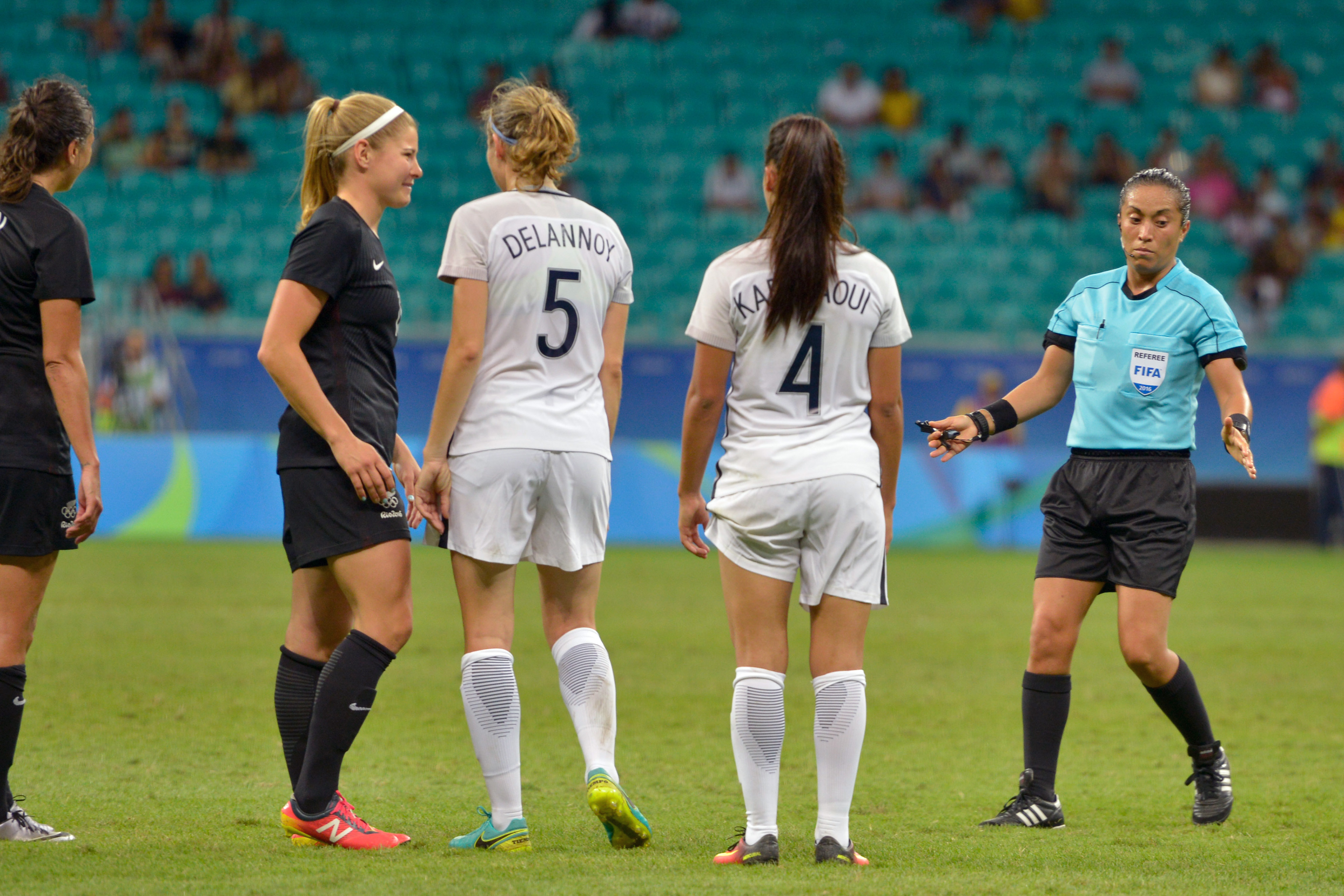 “We were waiting for our ride to the stadium, but it never came, so we had to come like any fan. We were running toward the stadium and the security people wouldn’t allow us in. We were desperate! We finally got in…. You are supposed to be there 90 minutes before, but we got there 45 minutes before. We did a quick check of the field and then we came back and only had seven minutes to warm up. I told my team, ‘Do whatever you need!’ But it was an amazing experience in my life, because it went to penalties and we finished with all the players shaking hands and hugging each other. There were no difficulties, nothing scandalous. It was like a dream,” said Venegas.

In addition to refereeing in World Cups and Olympics, Venegas also earned Concacaf Referee of the Year honors in 2017 and 2018, but for all the plaudits she received in her career, what she will remember most fondly are the relationships she forged.

“I think about all the marvelous people that I met and all the people who had an interest in my career and who helped me. That is the greatest achievement in my career. Of course, I have had a lot of experiences, but I think now I feel satisfied and proud of my career. It would not have been possible without my Federation and Confederation. The highlights are the Olympic Games, World Cups, but in my heart, it is all the marvelous people I met. They were there for me all the time,” concluded Venegas.