Jamaica’s WWC qualification “A triumph for the Caribbean” 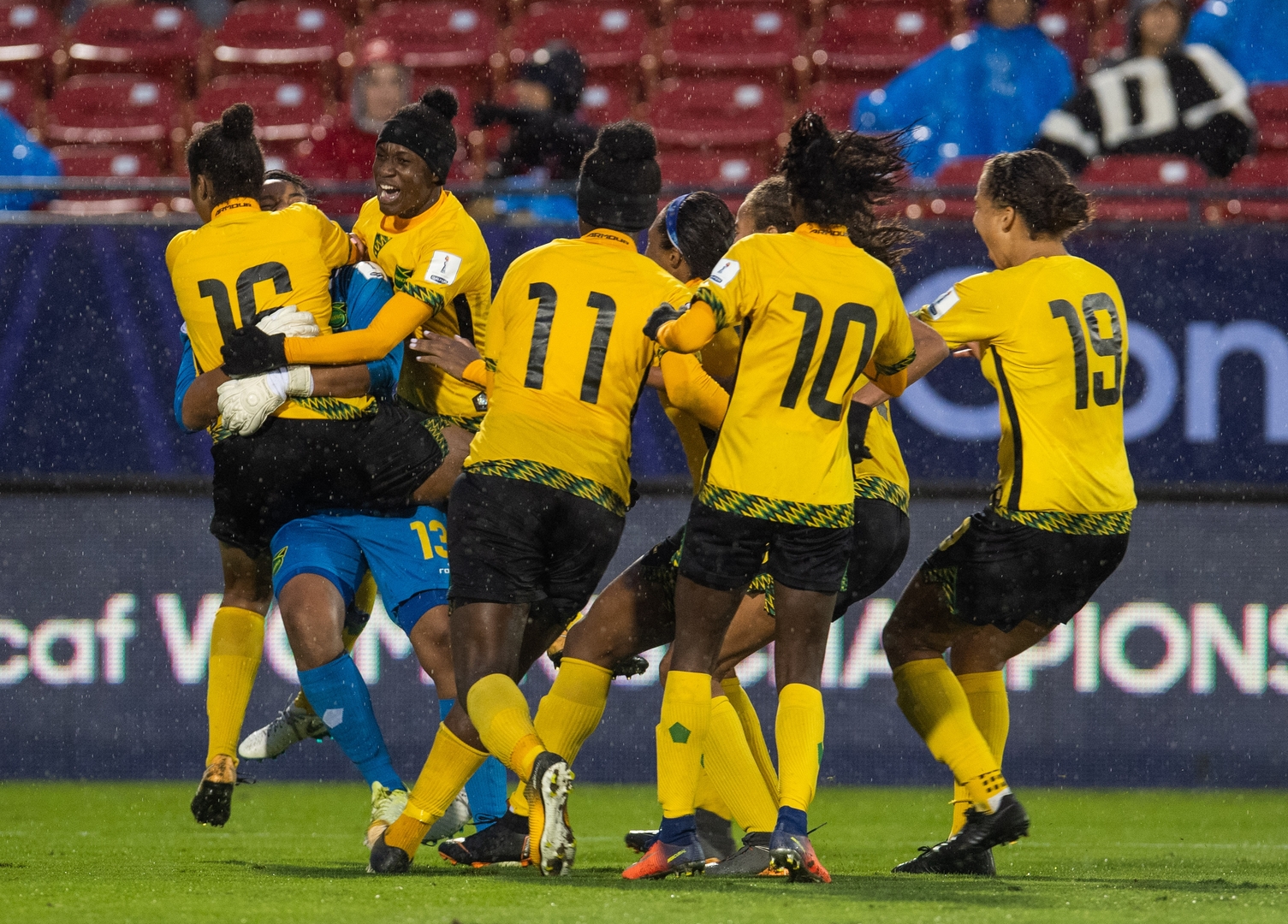 On October 17, 2018, at the Concacaf Women’s Championship inside Toyota Stadium in Frisco, Texas, Jamaica achieved the unthinkable.

Jamaica’s WWC qualification “A triumph for the Caribbean”

MIAMI, Florida --- The day Jamaica created history and qualified for the 2019 FIFA Women’s World Cup, the axis of the women’s game in Concacaf shifted in a seismic way.

Jamaica’s Reggae Girlz’s qualification to France 2019 signified in part an unprecedented growth and development leap for the Caribbean.

Importantly, too, the fairytale success story was of monumental historical proportion, as the island became the first from the region to be catapulted into the stratosphere of the global game and its greatest stage, the World Cup.

On October 17, 2018, at the Concacaf Women’s Championship inside Toyota Stadium in Frisco, Texas, Jamaica achieved the unthinkable. 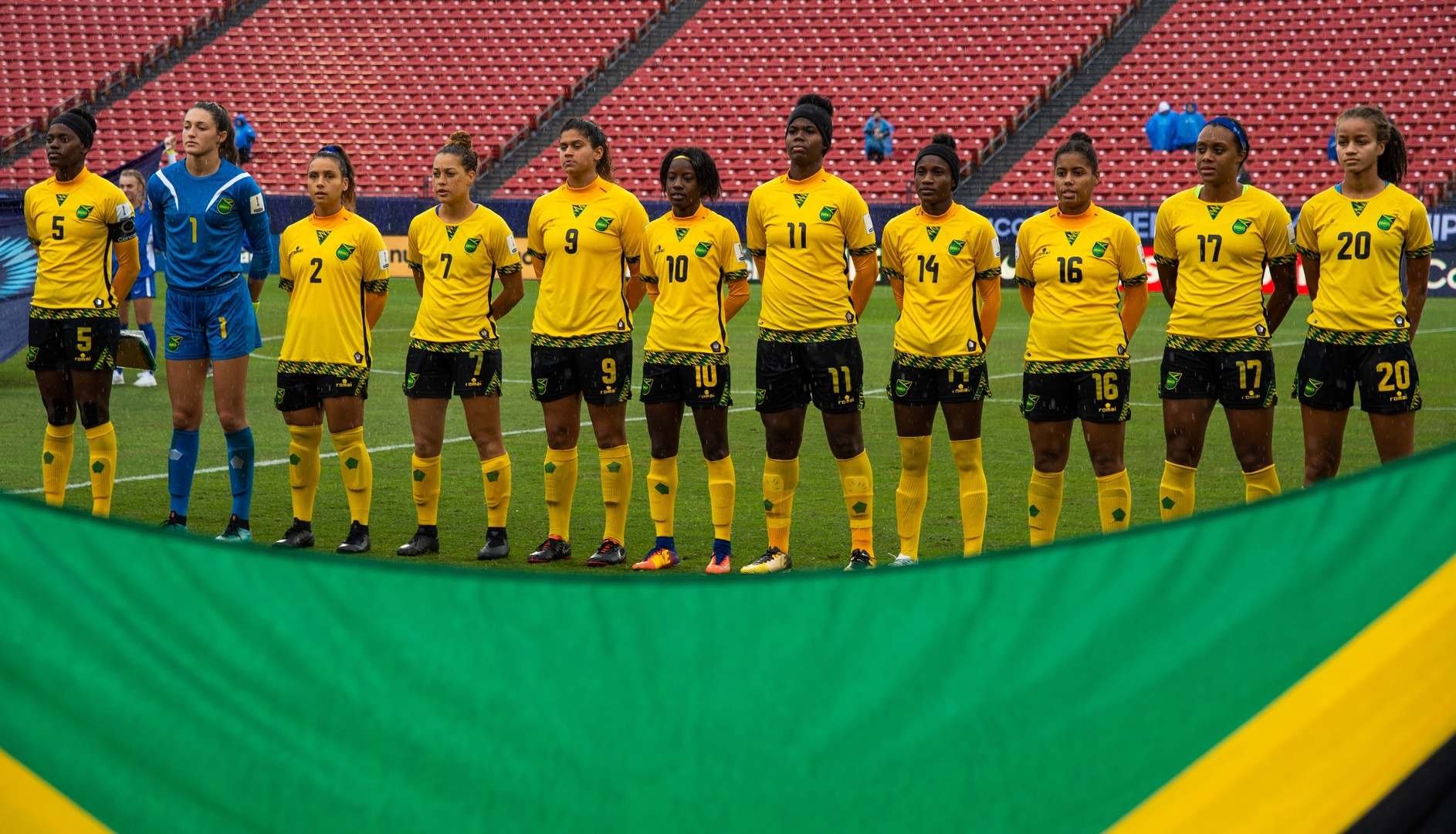 In the third-place match, the Girlz defeated Panama in an epic match, which ended 2-2 after regulation and extra time. And the two, with the scent of 2019 FIFA Women’s World Cup in France in scope, had to be separated by the dreaded penalties. As it turned out, Jamaica triumphed 4-2, and the rest, as they say, is history.

On that magical journey, was assistant coach Andrew Price and he recalled the momentous occasion as if it happened yesterday.

“The emotions were like a roller-coaster on the bench in that final qualifying game [against Panama]. We took the lead on two occasions and lost it twice. We deliberately saved our changes late in the game to ensure that we would have been prepared for extra time.

“But the master stroke was when we decided to replace goalkeeper Sydney Schneider with Nicole McClure. We had practised penalties the day before and Nicole was amazing in goal, so when we saw the clock winding down, it was important that we put her on the pitch before time expired,” said Price. 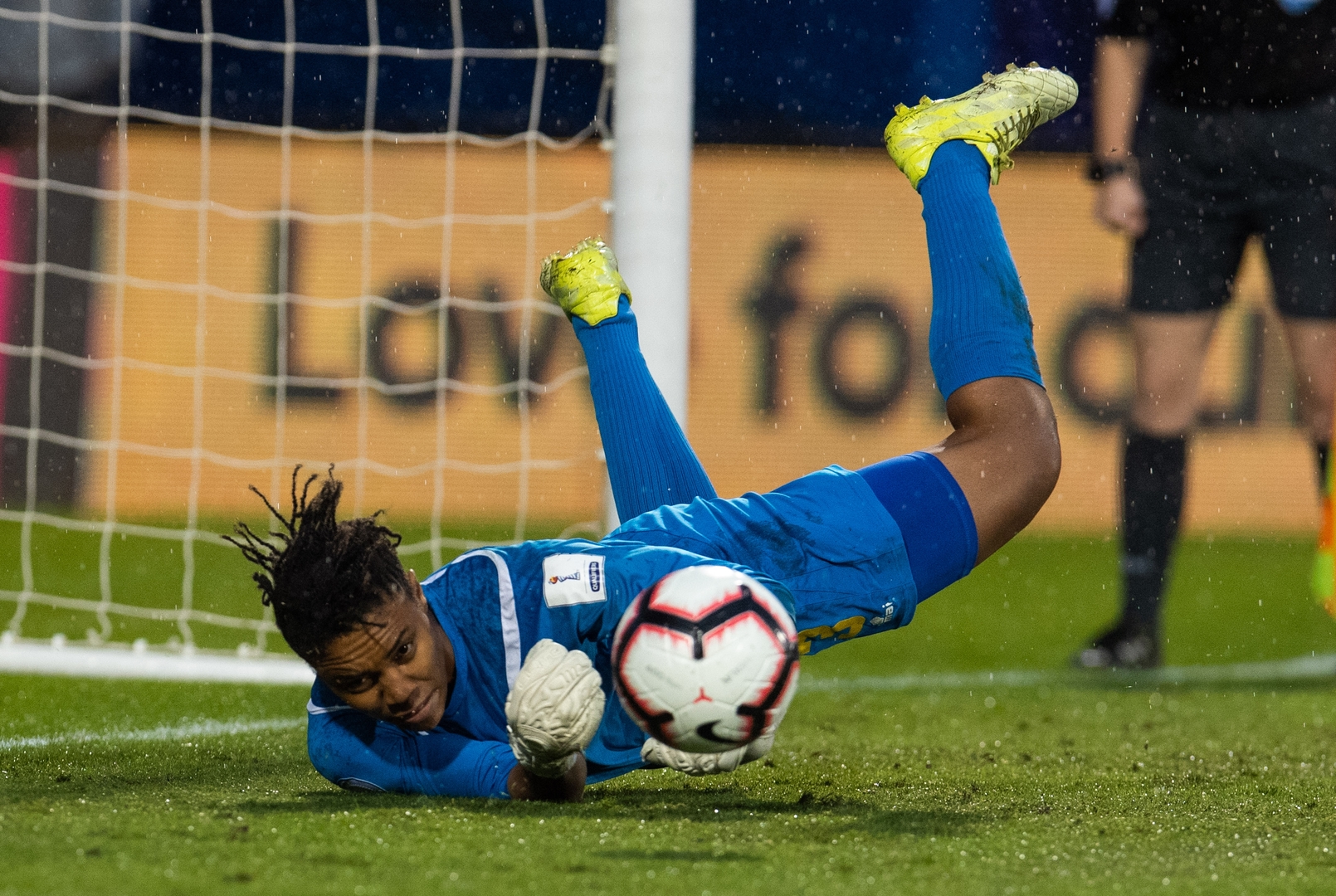 As part of a technical team led by Head Coach Hue Menzies, the assistant coach revelled in the tactical astuteness of the coaches, for he thought the off-the-field decisions had a positive impact on the outcome of the match.

“In practising the penalty kicks, we made the players make the long walk from half-line to the penalty box to take each kick, so for that match day the players would be prepared for the scenario, and everything worked to perfection. As you know, Nicole saved two penalties and we scored all our penalties,” Price re-collected.

The experienced tactician said there was self-belief in the camp that the World Cup dream was reachable as the team went through the layers of qualification.

“The confidence and self-belief came after the first round of the Caribbean World Cup Qualifying held in Haiti. It was a difficult tournament in terms of the conditions and environment that the young ladies had to face. 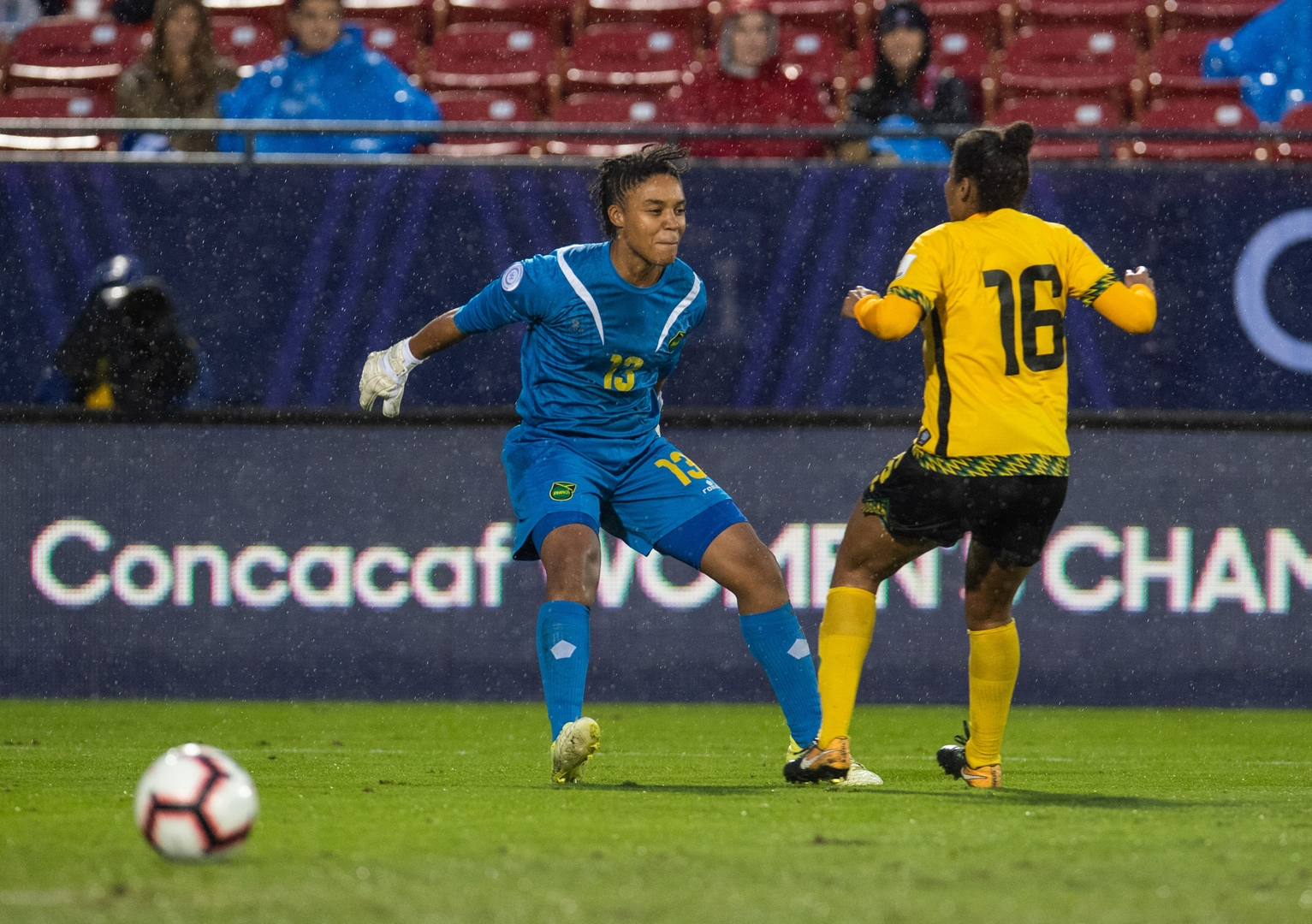 “The real test was the final game of the round, between ourselves and the host Haiti, as we battled for the one qualifying spot. We went into the game on similar points, but we had a superior goal difference of two goals. All we needed was to draw to advance. In front of a partisan and sometimes hostile crowd of 15,000 Haitian supporters, we trailed 2-0 in the first half.

“But we showed our real strength by pulling a goal back before halftime. During the halftime talk, we told the Girlz to relax and play their normal game. They went out, and in a stirring performance, silenced the crowd with the equalizing goal. For the remainder of the match, we fought tooth and nails to ensure we advanced to the next round,” Price reminisced.

As the qualifying journey took its twists and turns, the Girlz saw themselves more than just competitors but real contenders for a spot at France 2019.

“With each passing round of the qualification, the confidence of the Girlz grew. They believed they were on a mission to accomplish something great. They grew into a closely knit family -- all for one and one for all. They were willing to be patient and trust the process, and they did so one game at a time. They took obstacles as inspiration to work that much harder,” said Price.

He said when the final whistle went in the decisive match against Panama, there was a feeling euphoria that swept through the team and all the support staff.

“We were just overcome with joy. The immediate reaction was to scream, ‘We did it’. We were so elated. We jumped and hugged each other. Then our next reaction was to get on the pitch and celebrate with the Girlz. The moment was surreal. It was as if time stopped for the moment,” Price said.

Jamaica’s success, said Price, was a signature moment for the entire Caribbean, a rallying cry that anything is possible if one dares to dream.

“Most definitely it was a triumph for the entire Caribbean. No different from when Haiti qualified for their first Men's World Cup in 1974. It inspired nations like Jamaica and Trinidad & Tobago that it could be done. Similarly, our historic qualification will inspire other Caribbean countries. The gap is closing between the world powers in football and the others, as a global village has made the catching up achievable,” he reasoned.

“Previously in Concacaf, the automatic teams would be USA, Canada and Mexico. But now you have Costa Rica, Jamaica, Panama, Haiti, Trinidad and others knocking at the door. This comes as result of FIFA and Concacaf assisting significantly in the development of the Women's game,” Price added.

At France, the Girlz lost all their Group C matches, but even in defeat against significantly stronger opponents, the learning experience was priceless. 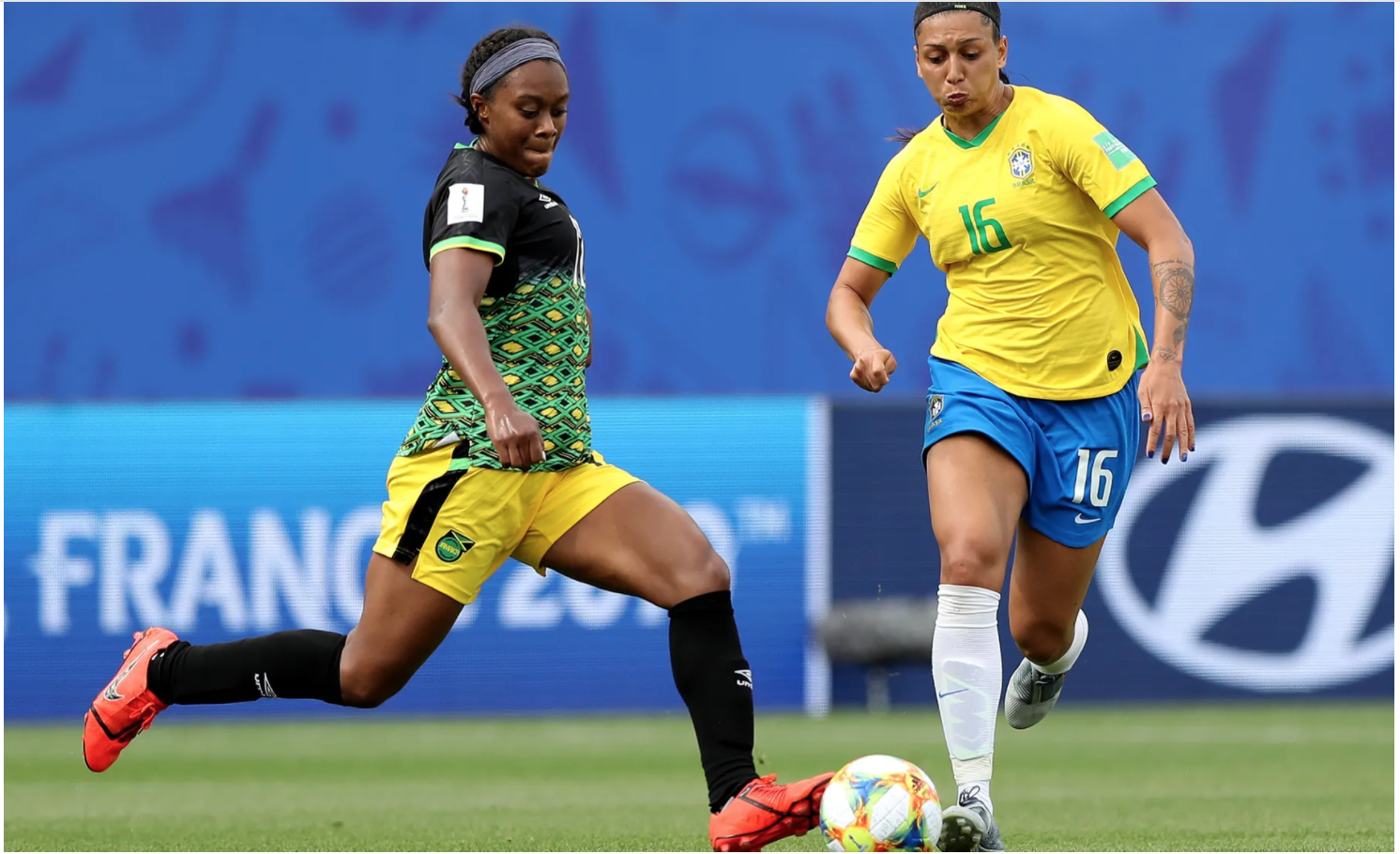 “From the draw we were quite aware we were in the ‘Group of Death’, with top-ranked teams such as Brazil, Australia and Italy. It was always going to be difficult against these teams. But we made up our minds that we were going to be competitive and give a good account of ourselves. The experience we gained was all a part of the learning curve. It is the experience you can only get by playing against the best,” Price noted.