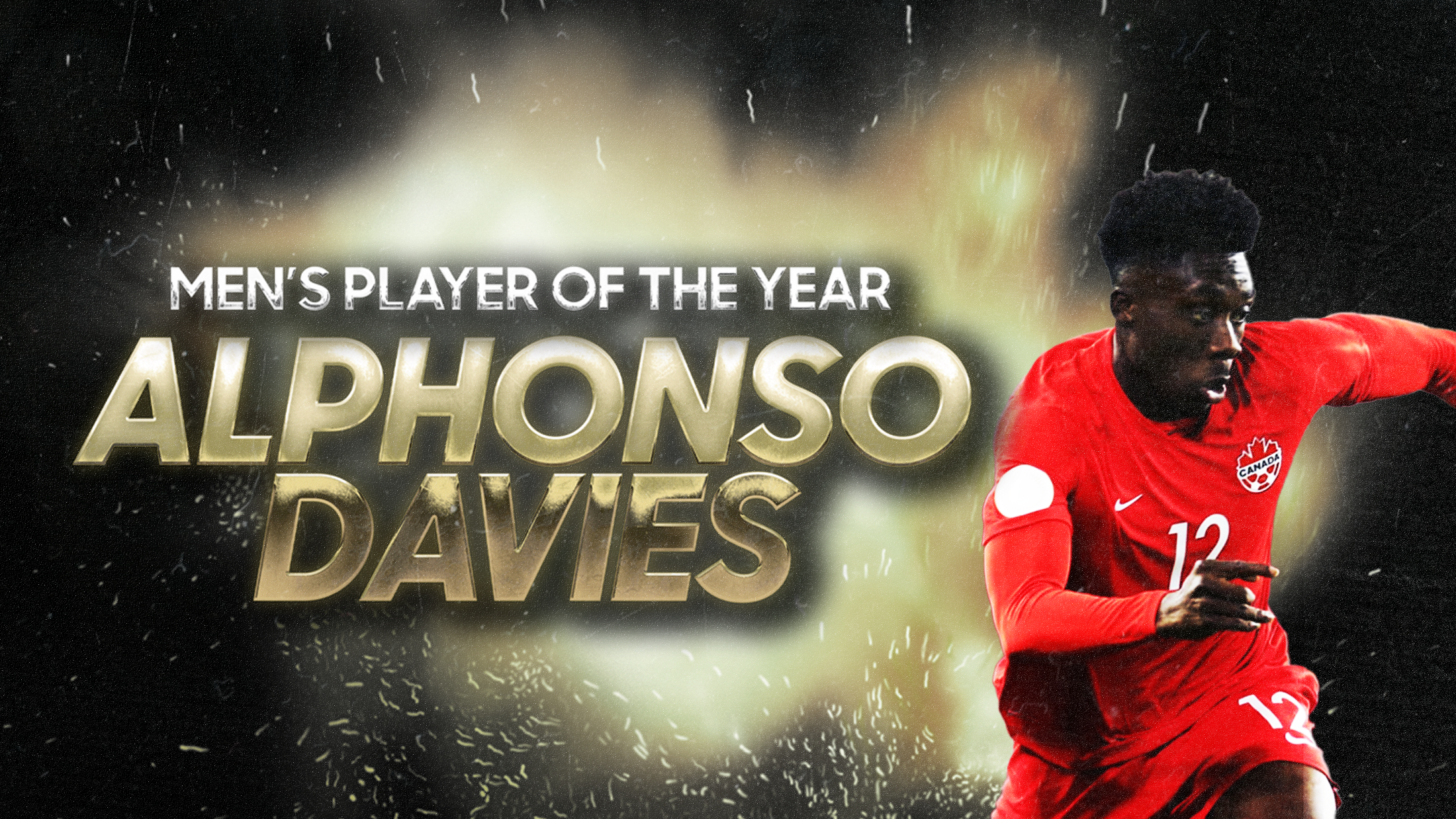 MIAMI, Florida – Canada and Bayern Munich DF Alphonso Davies is the winner of the 2021 Concacaf Men’s Player of the Year Award.

The left back enjoyed another top season with club side Bayern Munich, appearing in 23 matches and scoring a goal over the course of the 2020-21 season to lead Bayern to yet another Bundesliga title, his third with the German giants.

In addition to winning the Bundesliga this past year with Bayern, Davies was part of the squad that took home the DFL Super Cup, defeating rivals Borussia Dortmund 3-1.

Davies was also a mainstay of Bayern’s during the group stage of the 2021-22 UEFA Champions League group stage, starting five matches for Bayern, which all ended in victories.

Davies has been just as important at the international level for Canada, helping his nation qualify for their first FIFA World Cup in 36 years.

During 2021, no player played more matches in all rounds of Concacaf World Cup Qualifying for Qatar 2022 than Davies, who accumulated 976 minutes played.

The former Vancouver Whitecap scored five goals and recorded eight assists in 13 matches in WCQ in 2021, as Canada owned a 9W-4D-0L record in matches in which Davies appeared.

Perhaps the moment that all Canada fans will remember was his highlight-reel goal against Panama last October when he used his breathtaking speed to dispossess a Panama player and slalom past defenders before scoring.

Making history is nothing new for Davies, who became the youngest player to debut for Canada’s Senior Men’s National Team, doing so at age 16 in 2017 against Curacao in an international friendly.

Later that year at the 2017 Concacaf Gold Cup, Davies scored a pair of goals in the 4-2 group stage win over French Guiana, making him the youngest Gold Cup scorer ever. He went on to collect the tournament’s Golden Boot and Best Young Player awards.