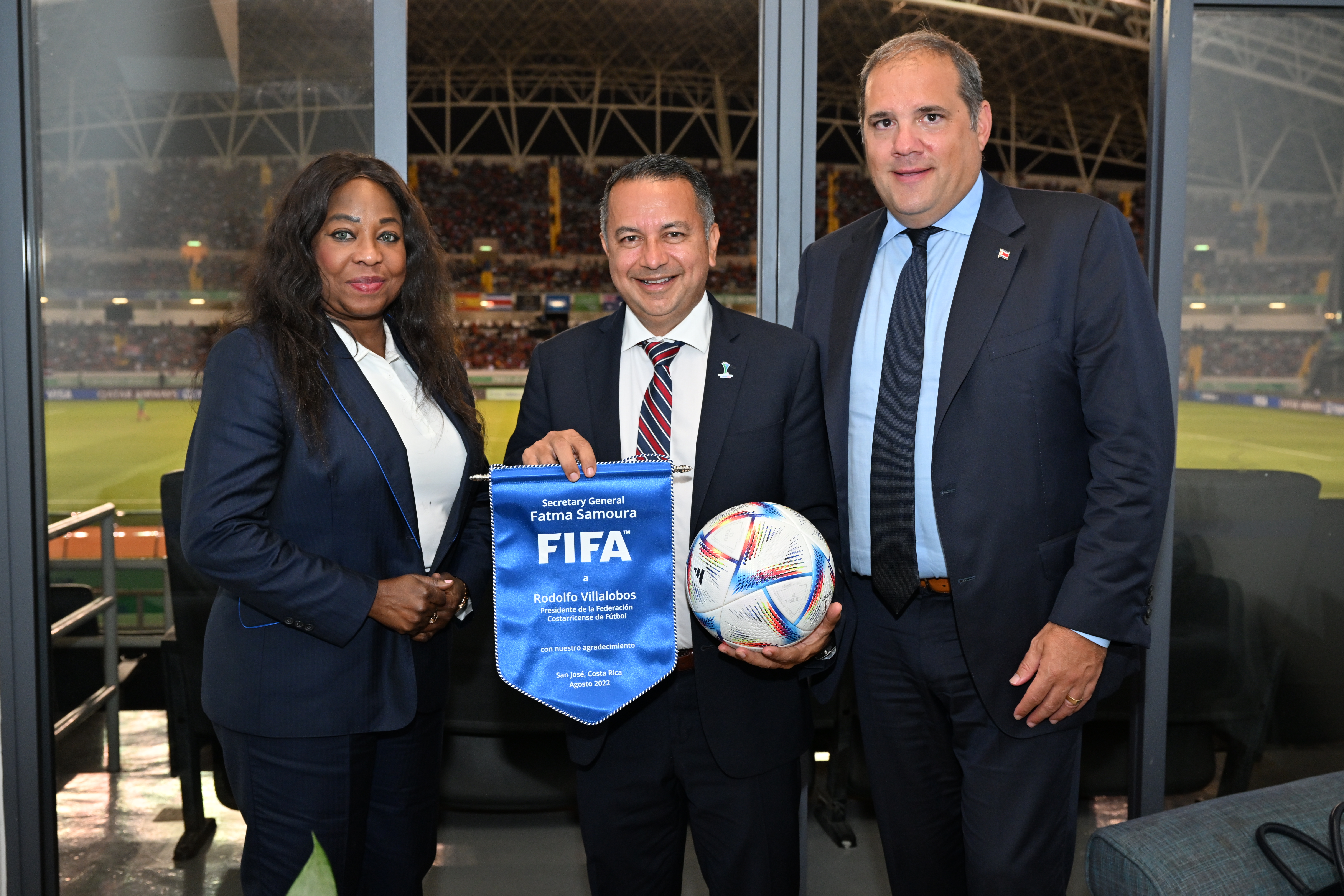 Concacaf President and FIFA Vice President Victor Montagliani has praised the Costa Rican Football Federation and the country’s football stakeholders after the successful kick-off of the FIFA U20 Women’s World Cup 2022 on August 10, 2022.

Montagliani was present in Costa Rica for the opening day of the tournament, attending both the Mexico vs New Zealand and Costa Rica vs Australia matches.

Speaking from Costa Rica, President Montagliani said: “I want to congratulate President Rodolfo Villalobos and his colleagues at the Federation, as well as the team at FIFA, for all the hard work that has gone into organizing this competition. Costa Rica has a great track record of investing in women’s football at national team and club level and they are an excellent host for this tournament. Everyone in Concacaf is proud that a FIFA World Cup is being hosted in one of our Member Associations, and we wish the very best of luck to the four Concacaf region teams who are competing.”

From the Concacaf region, Costa Rica (hosts), Canada, USA and Mexico are competing in the tournament which concludes on Sunday, August 28 with the 3rd place match and Final.

President Montagliani took advantage of being in Costa Rica to also meet and, alongside Costa Rican Federation president Villalobos, congratulate Club Sport Cartaginés S.A.D and the club’s president, Leonardo Vargas, after they recently won their first league title in 81 years. The club is currently competing in the 2022 edition of the Scotiabank Concacaf League.