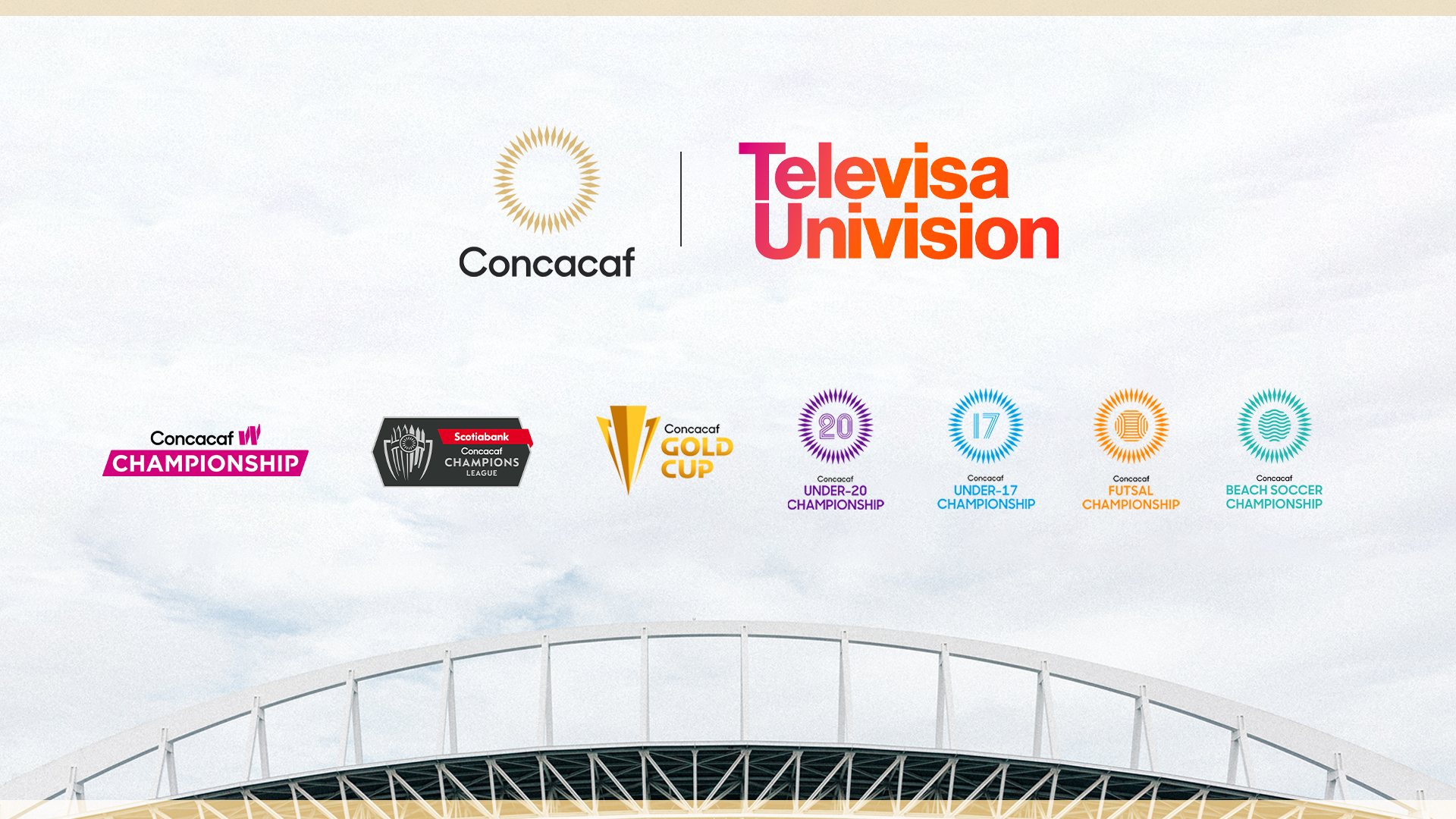 Miami, FL – Concacaf and TelevisaUnivision, the leading Spanish-language media and content company in the world, have agreed to a multi-year rights renewal covering several of the region's most compelling official club and national team competitions.

This new agreement is announced on the heels of a record-breaking Concacaf Champions League Final that demonstrated the increasing relevance and popularity of the competition having a record 68,741 crowd and a US TV audience of 1.5m.

As part of this new agreement, TelevisaUnivision will have the exclusive Spanish language rights in the US for the 2023, 2024 and 2025 editions of the Concacaf Champions League (CCL). The 2023 CCL will be the last in the current format before a major expansion beginning in 2024 which will see the tournament include more teams from across the region and more matches as Concacaf clubs compete to be crowned regional champion and for a berth in the FIFA Club World Cup.

Concacaf's agreement with TelevisaUnivision also includes this summer's much anticipated Concacaf W Championship, where the region's best eight women's national teams will compete in Monterrey, Mexico, for qualification to the FIFA Women's World Cup 2023 and the Paris 2024 Summer Olympic Games. The groups for the W Championship were drawn last month and the competition will showcase world champions the United States and Olympic Gold medalists Canada. Also participating are Jamaica who is sure to be competitive and Mexico who will be driven by passionate home crowds.

The full groups and schedule can be viewed here: LINK

“TelevisaUnivision has been an excellent long-term partner for Concacaf and we are extremely pleased with this new agreement,” said Concacaf President and FIFA Vice President Victor Montagliani, “They consistently deliver fantastic coverage of our competitions, and we look forward with great anticipation to continue working together as we head into a hugely positive time for the ongoing growth of the game in Concacaf,” added Montagliani.

“As the home of soccer in the US, we are very proud of the continued partnership with Concacaf. The increased relevance and popularity of regional competitions can be seen by the record-breaking crowds at the recent Concacaf Champions League Final which drew millions across our broadcast. Through the newly expanded format and competitions we will offer more soccer to the dedicated fanáticos,” Olek Loewenstein, President of Sports Content for TelevisaUnivision.

“Our competitions are of great interest to the Spanish speaking audience in the United States, which includes millions of passionate soccer fans,” said Concacaf General Secretary Philippe Moggio. “TelevisaUnivision does a tremendous job to elevate Concacaf football with those fans and we are very pleased this renewal will see our partnership continue through 2025”, added Moggio.

In addition to Concacaf benefitting from the excellent reach of Univision, UniMás and TUDN this agreement will also see some games streamed on ViX, TelevisaUnivision's new global streaming service to exclusively serve the Spanish-speaking world.

This new agreement extends the decades long relationship between TelevisaUnivision and Concacaf for an additional three years.