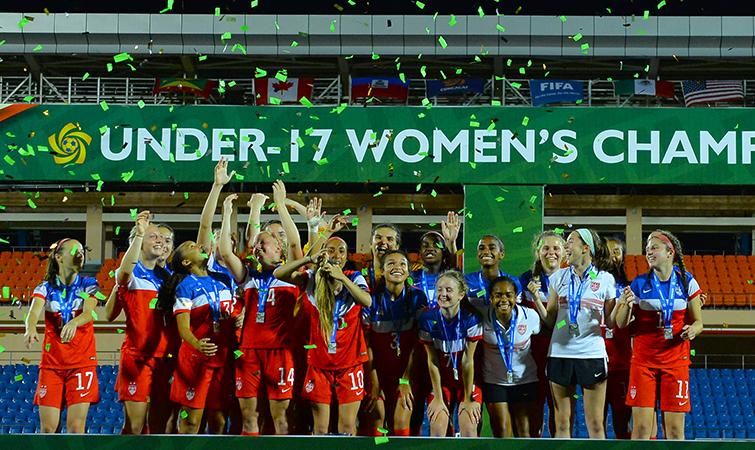 The Concacaf Under-17 Women’s Championship is an official competition of the Confederation that serves as a qualifying event for the FIFA U-17 Women’s World Cup.

It consists two phases: regional qualifying (in the Caribbean and Central America) and a Championship Phase (finals).

In 2018, the Championship Phase will be contested in Nicaragua, between eight teams, with each of CONCACAF’s three zone being represented as determined by the Executive Committee (3 teams from North America, 3 teams from the Caribbean and 2 teams from Central America).

A champion has been decided each of the previous four times the tournament has been conducted. The United States has lifted the trophy a record three times, while Canada and Mexico have been each crowned once.

Although a CONCACAF representative has never won a FIFA U-17 Women’s World Cup, the U.S. did finish as high as runner-up in 2008

* qualified for the FIFA Women’s U-17 World Cup