Canada down Chile on Beckie brace 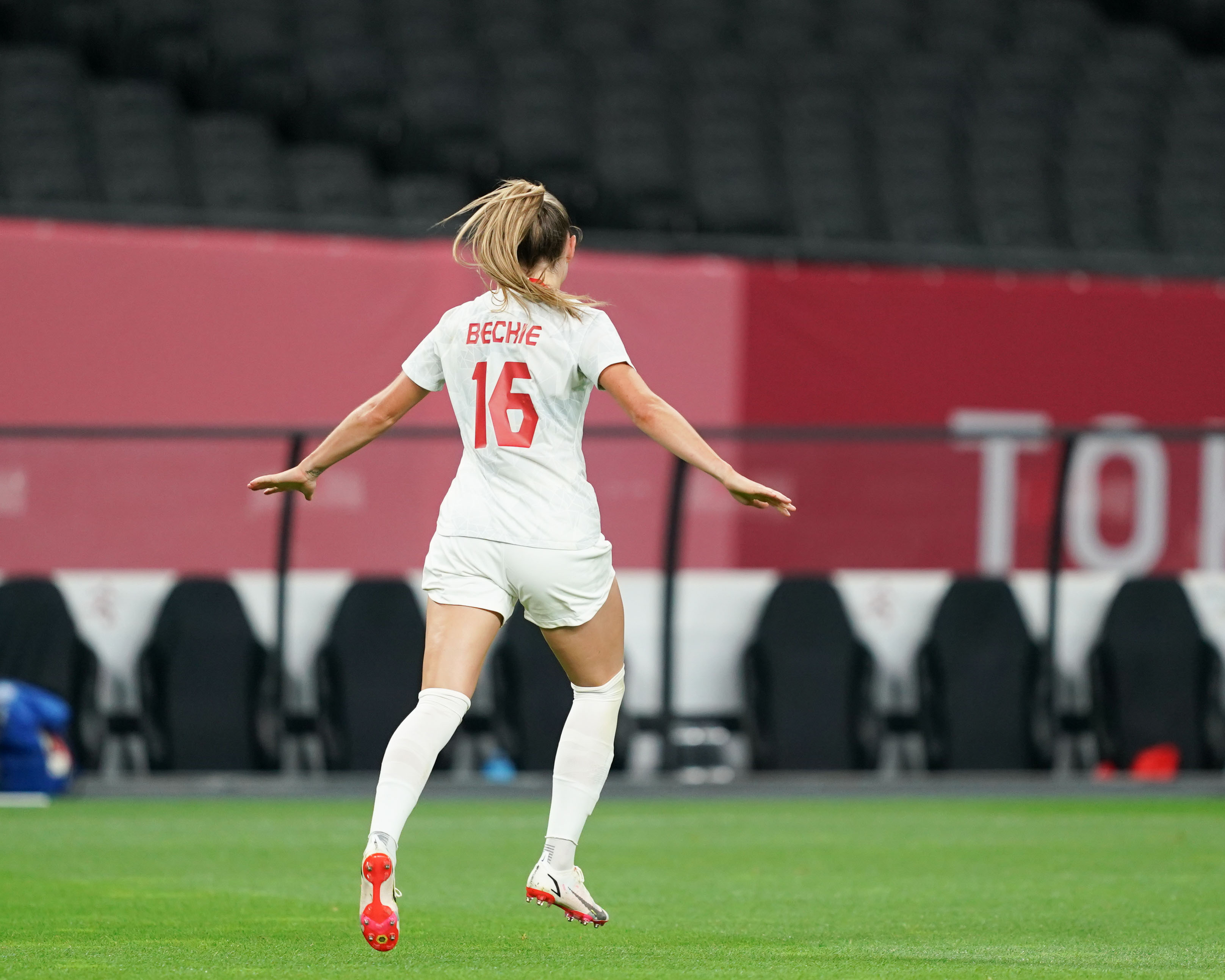 Janine Beckie bagged a brace to help the Canadian Women’s National Team remained unbeaten in the 2020 Tokyo Olympics thanks to a victory against Chile in Group E on July 24, 2021 at the Sapporo Dome in Sapporo. (Photo: Daniela Porcelli/ Canada Soccer)

Canada down Chile on Beckie brace

TOKYO, Japan – The Canadian Women’s National Team remained unbeaten in the 2020 Tokyo Olympics thanks to a 2-1 victory against Chile in Group E on Saturday at the Sapporo Dome in Sapporo, Japan.

With the win, Canada sit in second place with four points and with one match remaining in the group.

The first big chance came for Canada in the 20’ via the penalty spot after Christine Sinclair was fouled in the Chile area, however Janine Beckie’s attempt struck the post.

Beckie would rebound nicely, though, and gave Canada a 1-0 lead in the 39’ when Chile GK Christiane Endler’s attempted clearance fell right to Beckie, who took advantage of Endler being off her line and fired into net.

Beckie would notch his second goal of the game in the 47’ thanks to a surgical pass from Nichelle Prince, allowing Beckie to get behind the Chilean defense and round Endler before slotting into an open net for a 2-0 Canada lead.

Chile would not go quietly though and they pulled a goal back in the 57’ to make it 2-1 when Karen Araya converted a penalty kick after a foul in the Canada area.

Chile’s Maria Jose Urrutia then came within an inch of an equalizer in the 73’, but her shot rang off the crossbar, allowing Canada to close things out to nail down the three points.

Canada will finish up their group stage campaign on Tuesday against Great Britain.