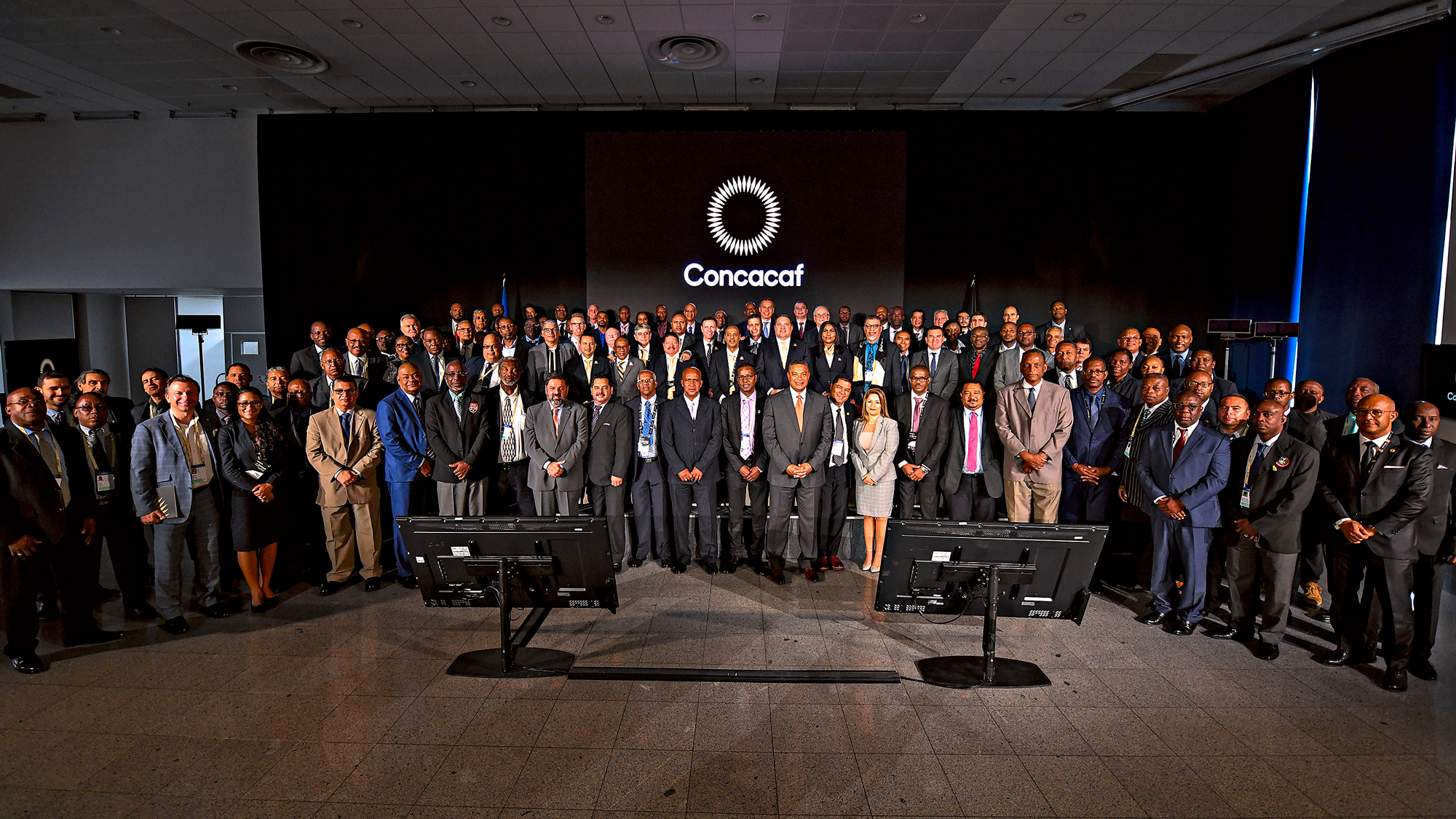 Moscow, Russia (Monday, June 11, 2018) – The Confederation of North, Central America and Caribbean Association Football (Concacaf) held today its 33rd Ordinary Congress in Moscow Russia, where delegates celebrated the accomplishments of the Confederation in 2017.

“Following the completion of a successful governance reform effort over the last two years, our Confederation has forged a new era. Working together as a family we have delivered on our One Concacaf Vision to continue expanding and producing tangible benefits to our game,” said Concacaf President Victor Montagliani. “This is an era of resounding commitment to serving our Member Associations and increased investment in development and broader, more inclusive competitions.”

The Congress approved the 2017 Concacaf Council Report; as well as the 2017 audited financial statements and the 2018 budget. As part of the commitment to continue ensuring the integrity and transparency of the organization, and to comply with governance standards, the Confederation made public its Congress Book, including the financial statements and the 2018 budget, which is available here.

In other events occurring at the Congress, Randolph Harris from Barbados was elected as Vice President of the Concacaf Council. Mr. Harris ran unopposed for the position.

Concacaf also presented the General Secretariat Report on the full year achievements as a result of an efficient organizational structure consisting of the Confederation’s functional areas -- Football Operations, Commercial, Member Associations, Finance and Administration, and Legal and Compliance.

The governing body announced the increase of its One Concacaf Funding Program by more than 35 percent for the 2018 edition of the program, continuing the commitment to invest directly in growing its Member Associations as enablers of the game’s success.

2017 marked a defining moment on the evolution of Concacaf’s competitions. On the clubs tournaments front, the Confederation launched the new single elimination Scotiabank Concacaf Champions League and Scotiabank Concacaf League formats, while redesigning the Caribbean Championships. On the national teams’ front, Concacaf also announced a newly expanded format for its premier competition, the Gold Cup.  From 2019 onwards, the Gold Cup will include 16 teams and a pan-regional footprint with the upcoming selection of additional venues in the Caribbean and Central America.

Earlier this year, the Confederation unveiled the Concacaf Nations League, an innovative and inclusive national team competition set to kick off this September, bringing meaningful sustainable national team football for all the Member Associations.

The Concacaf Nations League is an on-the-field extension of Concacaf’s new image and brand architecture, which was also recently announced, framing the Confederation’s efforts around the core One Concacaf Vision of developing and stewarding the game on the pillars of Unity, Access, Football and Quality. In that spirit, the Nations League will provide greatly expanded access for Concacaf’s Member Associations to international football, enhancing the development of football across the region at all levels.