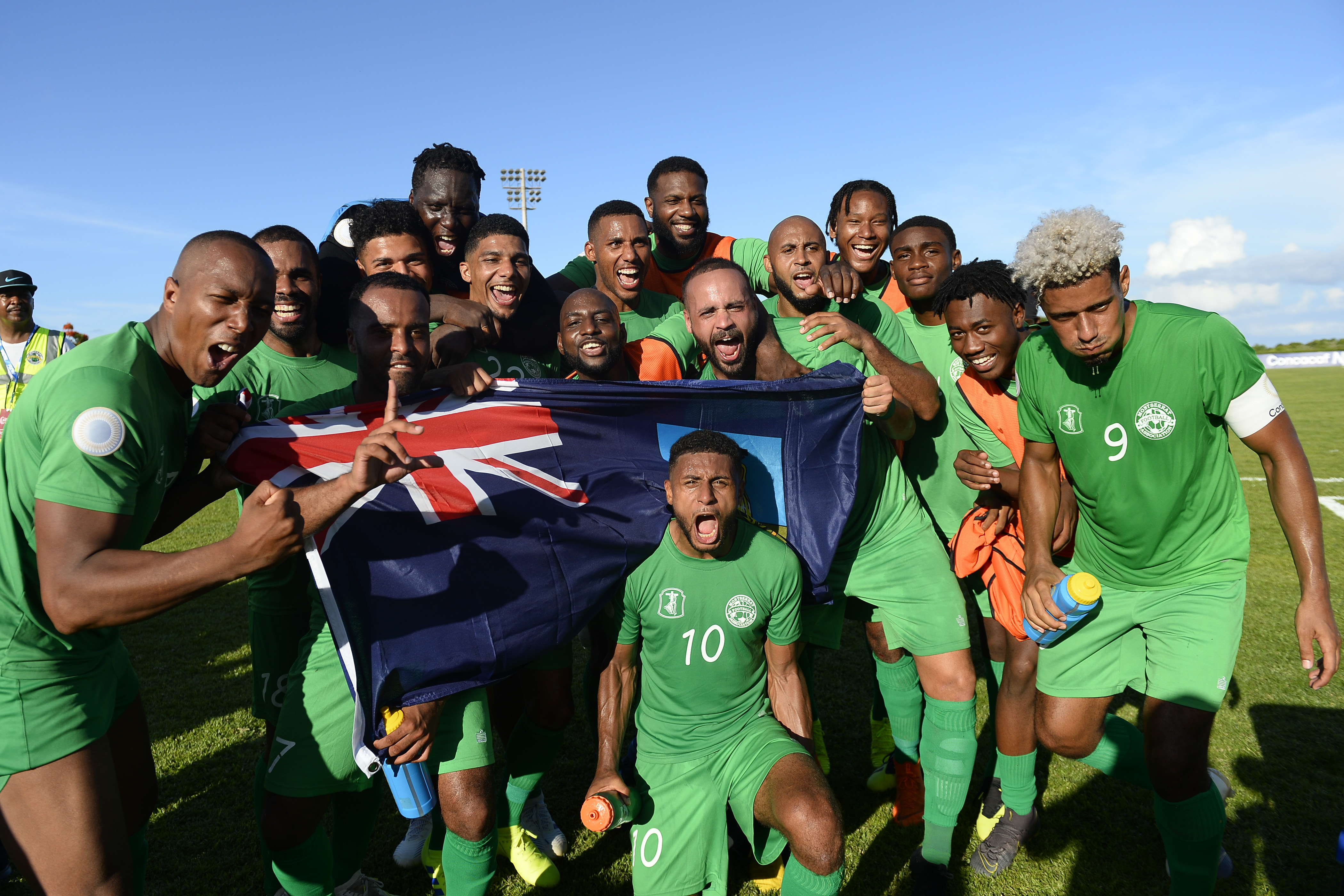 MIAMI, Florida – Montserrat has come a very long way in a short period of time.

For years, the Emerald Boys had their share of struggles when it came to international football, and at one point were the lowest ranked team in FIFA following a June 30, 2002 defeat to Bhutan.

Yet that all changed with Concacaf’s landmark initiative of the Concacaf Nations League, which made for more regular competition for island nations such as Montserrat that were previously maybe only playing two matches every four years.

With the dawn of the CNL, a team like Montserrat could build a foundation for the future and it is safe to say that the Emerald Boys have taken full advantage of that opportunity.

Tapping into their resources of European players with Montserrat eligibility at the international level, the Caribbean island has skyrocketed up the FIFA rankings since the start of CNL Qualifying in September 2018.

At the start of CNLQ, which saw Montserrat narrowly fall to El Salvador 2-1 in week one, Montserrat were ranked 205th in the FIFA rankings.

For the rest of CNLQ, Montserrat would not taste defeat, earning victories against Belize (1-0), Aruba (2-0) and Cayman Islands (2-1).

After posting a superb 3W-0D-1L record in CNLQ to finish in 11th place, barely missing out on a place in the 2019 Concacaf Gold Cup, Montserrat completed CNLQ in March 2019 with a FIFA ranking of 199, representing a significant climb up the table.

That momentum carried into the 2019-20 CNL, in which Montserrat were drawn into Group B of League B to face El Salvador, Dominican Republic and Saint Lucia. Montserrat began the CNL in September 2019 after another big move up the FIFA rankings to 187th place.

Once again, Montserrat were impressive on the field in their six CNL matches, accumulating a 2W-2D-2L record to solidify another season in League B, plus advancement to the 2021 Gold Cup qualifiers.

Those results also pushed Montserrat even further up the FIFA rankings, sitting 183rd in FIFA at the conclusion of the 2019-20 CNL group stage last November.

All told, through Concacaf Nations League competition, Montserrat have ascended 22 places in the FIFA rankings. If the last two years are any indication, it is all there for Montserrat to reach higher heights in 2020 and 2021.