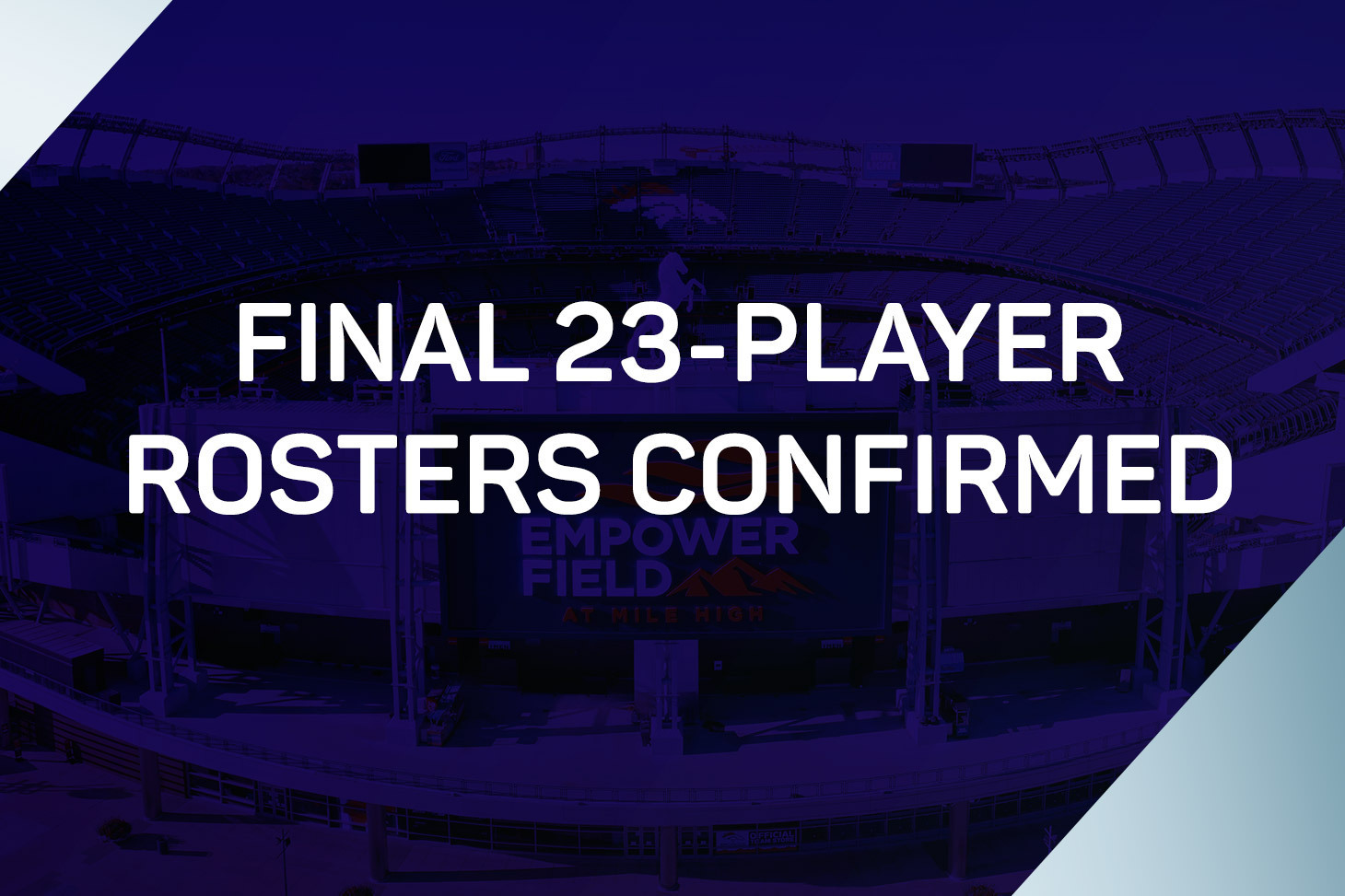 Miami, FL (Tuesday, May 25, 2021) - The final 23-player rosters for the Men’s National Teams of Costa Rica, Honduras, Mexico, and USA have been submitted ahead of the four nations competing in the inaugural Concacaf Nations League (CNL) Finals in the first week of June.

The rosters have been selected and submitted by each Member Association and are published as such. In order to be eligible to play in the 2021 CNL Finals, all players are subject to and must fully comply with the criteria stipulated in the applicable FIFA player eligibility regulations.

The final rosters for each team are available through the following links (listed in alphabetical order):

In accordance with the Competition Regulations, changes to the final rosters will only be permitted in the event of force majeure or injury. Any changes made must be prior to each team’s first match. Additionally, the replacement must come from the now binding preliminary lists. Any replacements must be approved by Concacaf.

The semifinals on June 3 will see Honduras vs United States (7:30 pm ET) followed by Mexico vs Costa Rica (10:00 pm ET). The semifinal matchups were determined by the outcome of group stage play in the Fall of 2019, with the four League A winners qualifying for this exciting CNL Finals.

Tickets for the matches are on sale via Ticketmaster.com.

The CNL Finals will serve to crown the first-ever champion of a competition created to provide high-quality competitive football for all 41 Concacaf Member Associations, and to maximize the official match dates available within the FIFA international calendar.

At the close of the first-ever CNL group stage play in November 2019, United States (Group A winner), Mexico (Group B winner), Honduras (Group C winner), and Costa Rica (Group D winner) qualified to the Finals. Per the competition regulations, the teams were ranked 1-4 to determine the semifinal matchups, with the highest-ranked team playing the lowest-ranked team. The final standings are as follows: