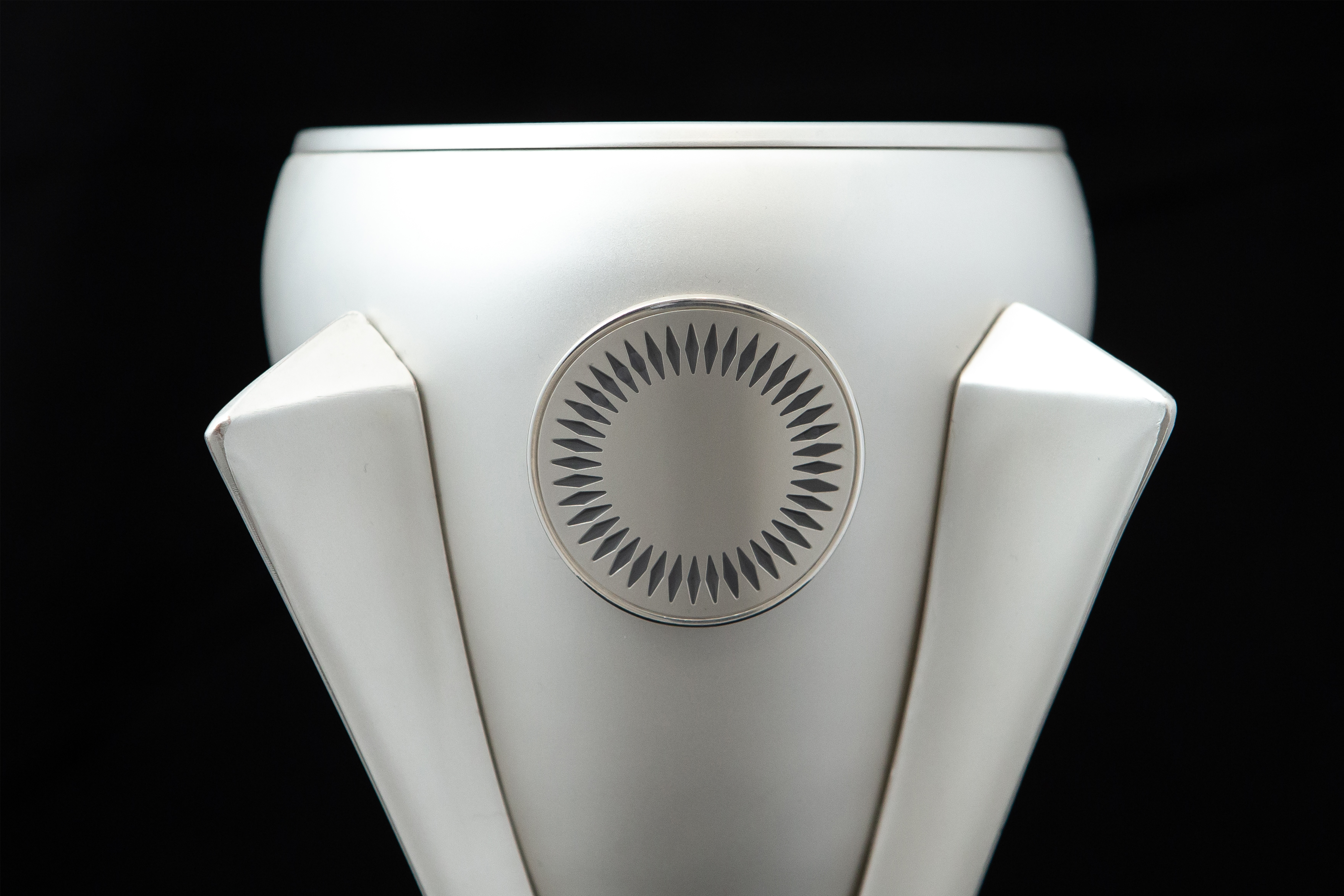 Miami, Florida (Wednesday, May 26, 2021) – Concacaf has unveiled the trophy that will be awarded to the first Concacaf Nations League champion. The Finals for the inaugural edition are scheduled to be played June 3-6 at Empower Field at Mile High in Denver, Colorado.

The Concacaf Nations League trophy is a celebration of football, unity, quality, access and national pride. It was designed by Epico Studios in New York and crafted by G.D.E Bertoni of Milan, Italy.

The base of the trophy is formed from raw stone, a symbol of homeland. The four emerging arms on the trophy represent the final four teams rising for glory and are designed to appear fluid and dynamic, just like the water which links all 41 Concacaf Member Associations.

The names of all 41 Concacaf nations are engraved in a mosaic of unity that encircles the base.

It is a trophy that has an intricate composition of different production techniques. The brass metal was silver-plated and then sandblasted for texture emerging at the base of raw stone.

Production and design of the trophy encompassed four months of work from eight people, amounting to 200 hours of silversmithing, 36 hours of polishing, sandblasting and mounting, 75 hours of sculpting stone and 90 hours to design 3D specification files for casting and milling.

The main body of the four rising arms was 3D printed and then cast to hold the cup. The cup was then spun and submerged in a special galvanized bath to strengthen its form.

The Concacaf medallion is applied at the apex of the trophy with 41 diamonds enameled to compliment the stone and stylized map on the back. The base under the stone is divided into three equal parts with engravings of the country names filled with color enamel and bottomed off with the Concacaf Nations League logo.

The result is a trophy worthy of being raised by the team that emerged from a pool of 41 candidates to become Concacaf’s first-ever Nations League champion. 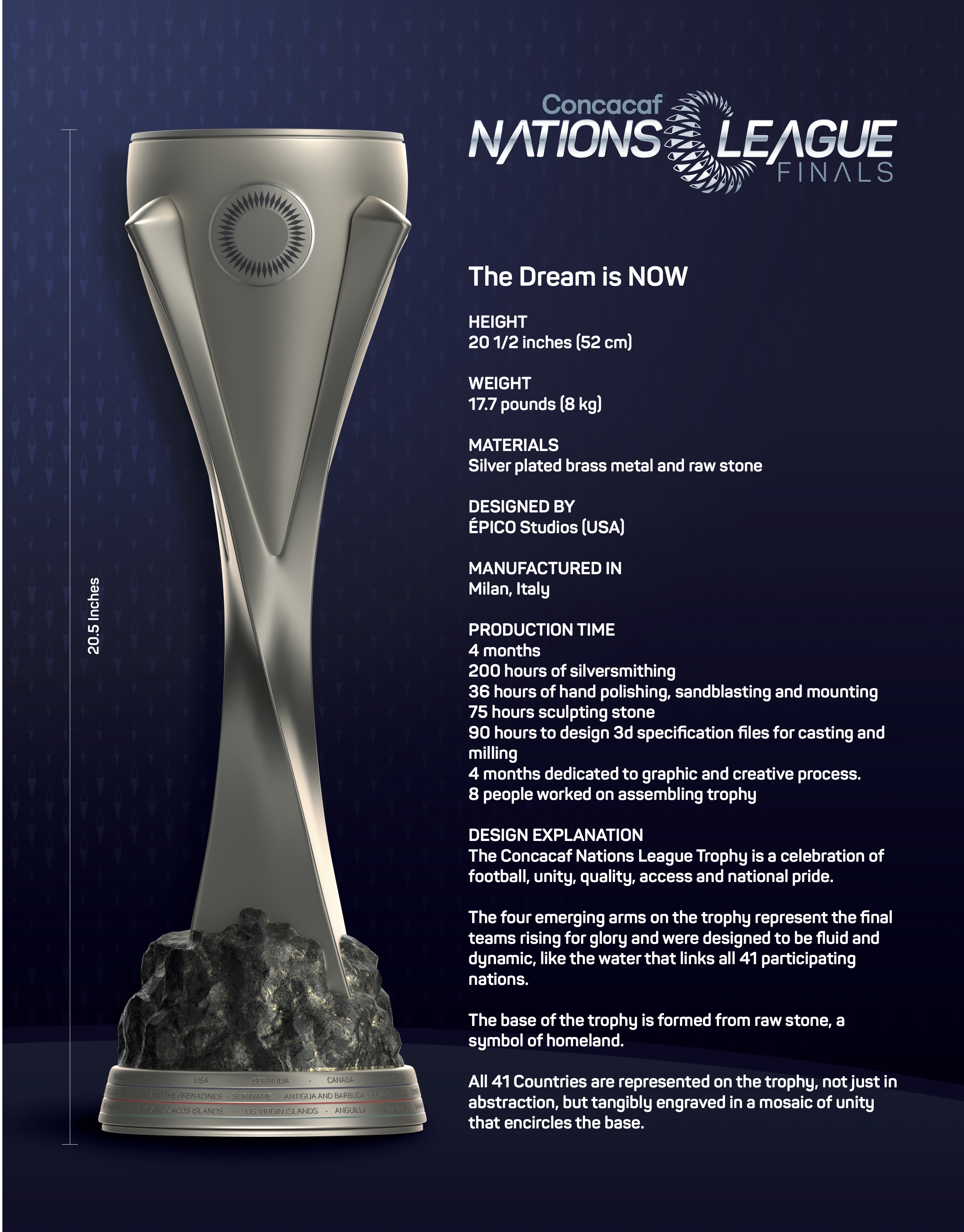 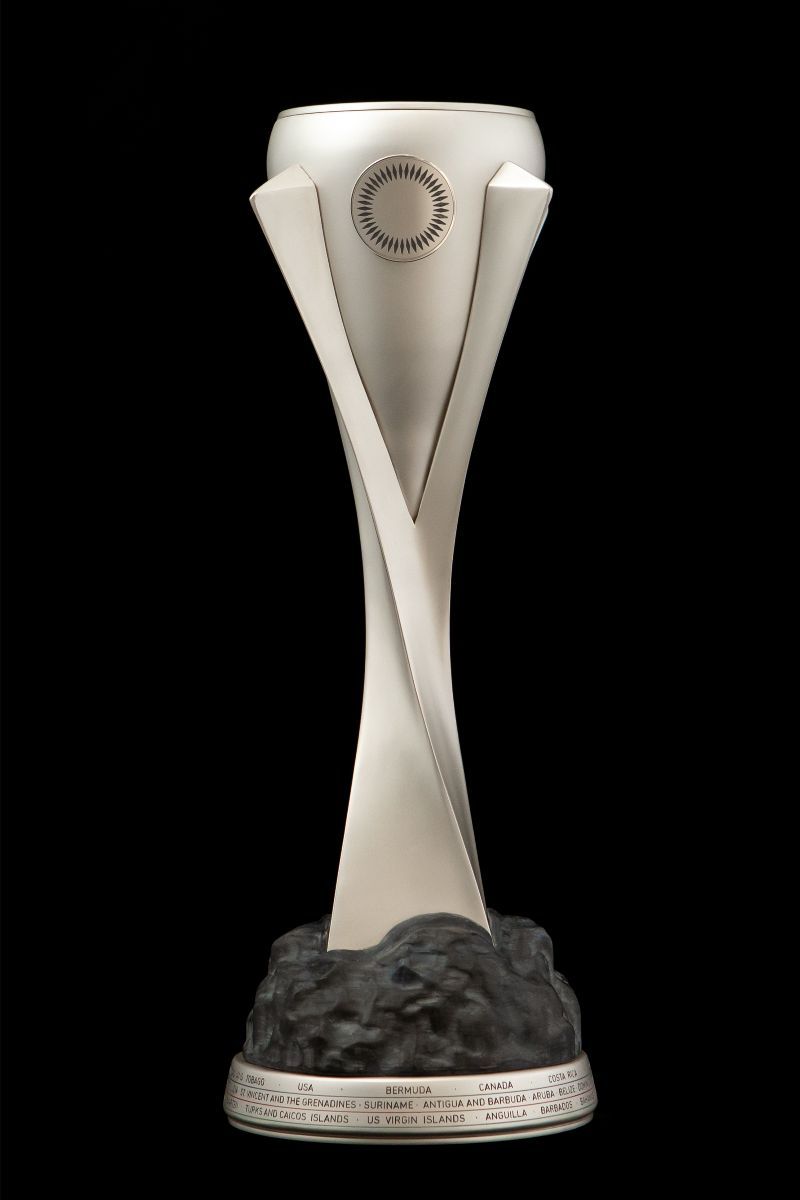 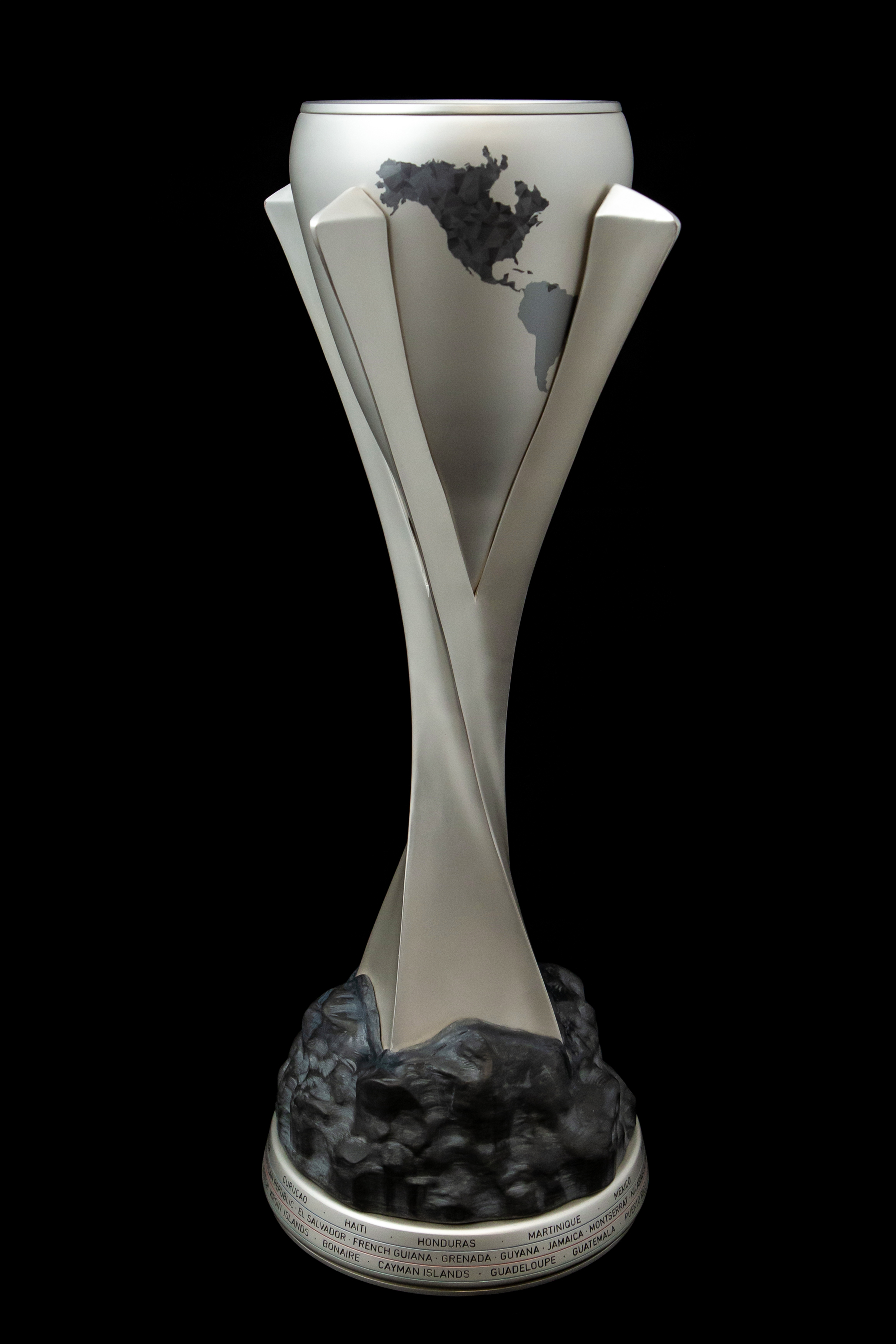