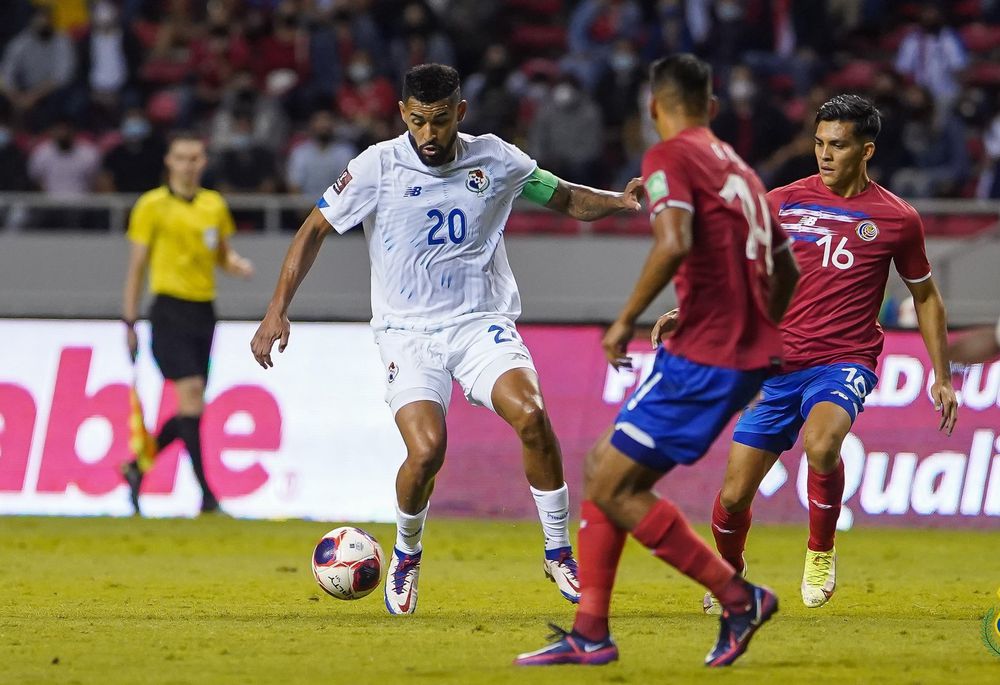 Anibal Godoy of Panama seeks to advance against Orlando Galo and Alonso Martinez of Costa Rica, in the file picture of the last game between both teams on January 27, 2022 at the Estadio Nacional in San Jose Costa Rica.

While this contest represents the first ever CNL clash between the two sides, there have been 51 previous meetings between the two nations, with Costa Rica holding a 26W-14D-11L edge in the series.

Their last two contests came in the Third Round of Concacaf World Cup Qualifying for Qatar 2022 in which they played to a 0-0 draw at the Estadio Rommel Fernandez before the Ticos emerged with a 1-0 win at home in San Jose thanks to a Bryan Ruiz goal.

With Costa Rica preparing for their pivotal Inter-Confederation World Cup Playoff versus New Zealand later this month, they will be out to get a very positive result on Panamanian soil.

Many of the same faces that carried Costa Rica to that Fourth-Place finish in the eight-team Third Round CWCQ table will be in the fold to face the Canaleros, including Ruiz, FW Joel Campbell, MF Celso Borges and DF Francisco Calvo, who is Costa Rica’s all-time top scorer in the CNL with two goals.

Panama will counter with two veteran players as well in FW Gabriel Torres and MF Alberto Quintero. Torres has two CNL goals to his name, while Quintero provided two assists in the previous edition of the CNL.