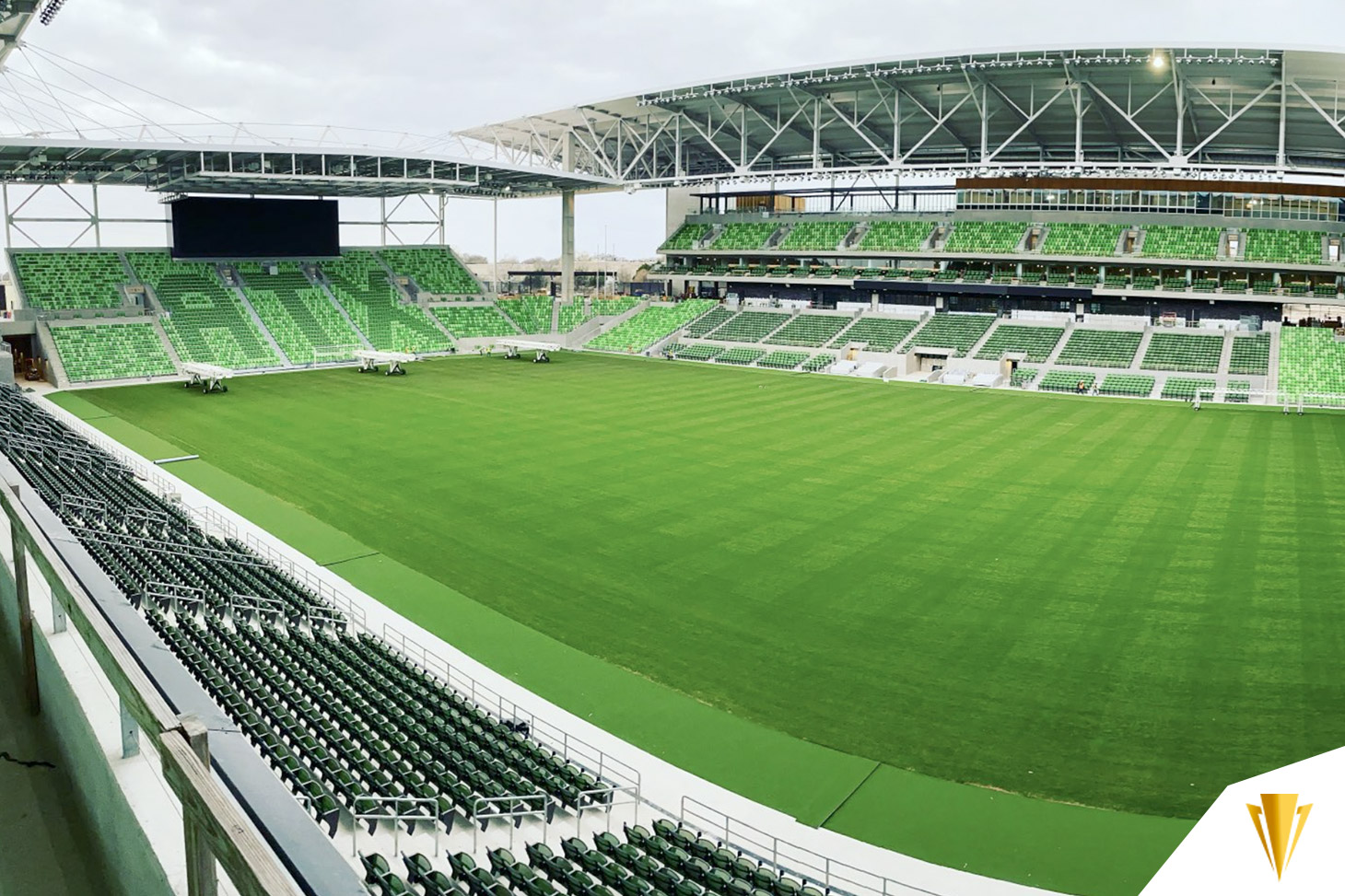 With a capacity of 20,500 seats, the construction of Q2 Stadium, located in a strategic area in the city of Austin, Texas, construction began in September 2019 and its official opening will be in June 2021.

It will be the home of the MLS team Austin FC; which began play in Major League Soccer this season, the venue was also built as a multipurpose facility to also host other events outside of soccer such as concerts, community activities, cultural events and private functions. 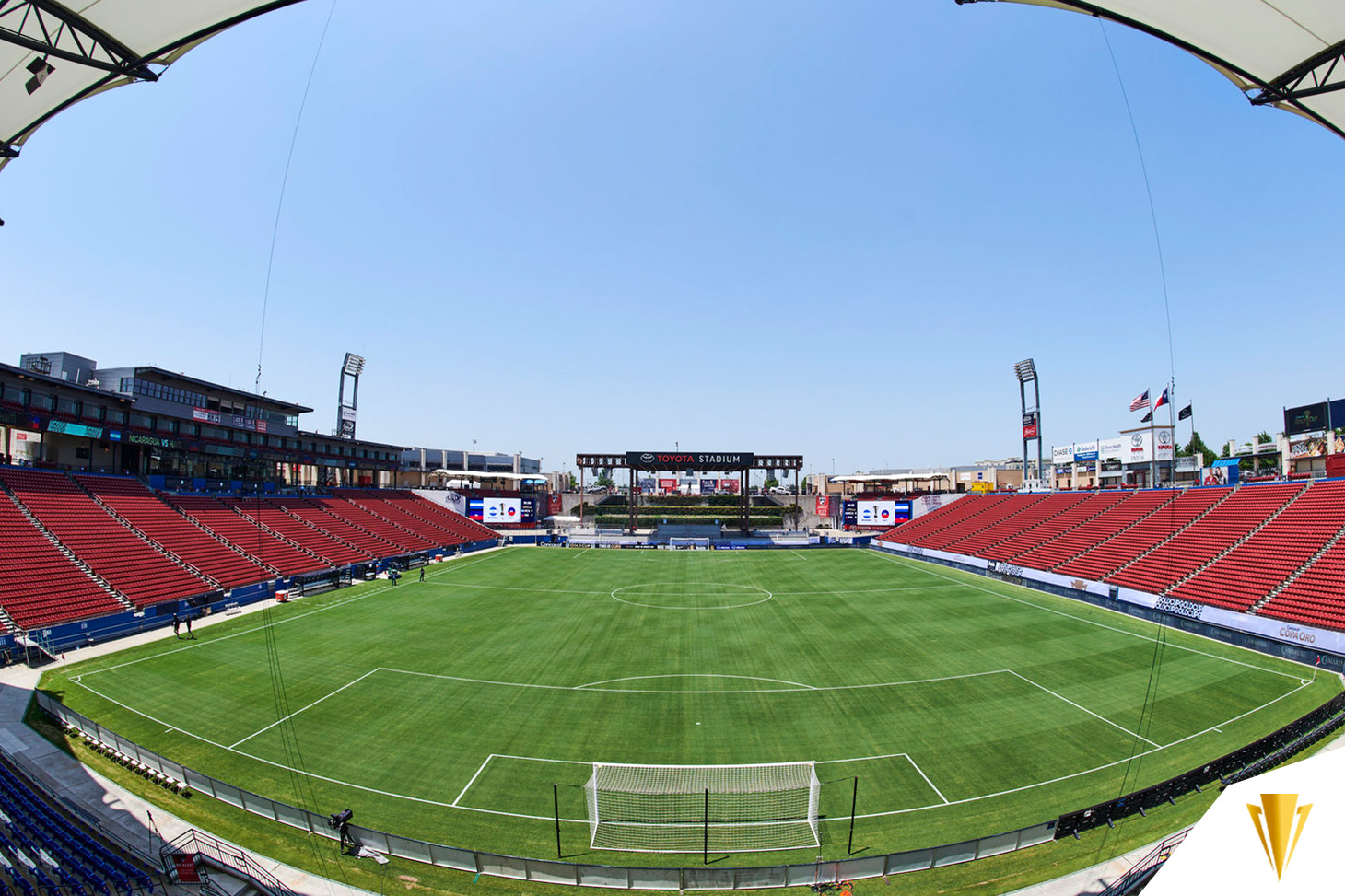 Opened on August 6, 2005, Toyota Stadium and Toyota Soccer Center is a 145-acre multipurpose sports and entertainment facility located at the intersection of Main Street and Dallas North Tollway in Frisco, Texas. It is the home stadium for FC Dallas and hosts the Frisco Bowl as well a variety of concerts, tournaments and other events. It is also the future home of the National Soccer Hall of Fame. The combination of a world-class stadium and a sports park make Toyota Stadium one of the best and most unique soccer facilities in the world. 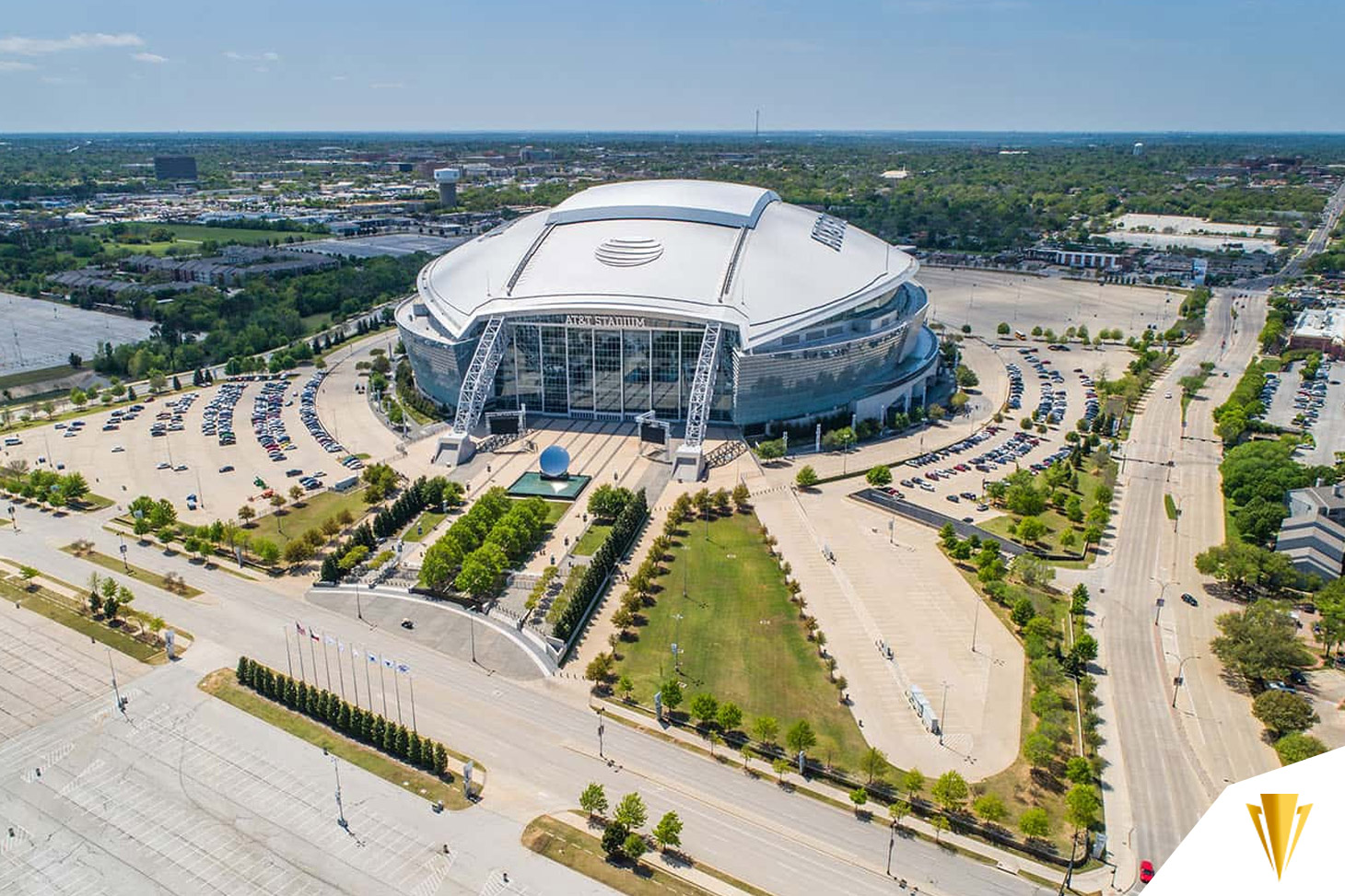 AT&T Stadium is the largest, most technologically advanced entertainment venue in the world. Designed by HKS and built by Manhattan Construction, the $1.2 billion stadium features two monumental arches, the world’s largest HDTV video board cluster, an expansive retractable roof and the largest retractable end zone doors in the world. Features of the stadium include seating for 80,000 and expandability for up to 100,000, over 300 luxury suites, club seating on multiple levels and the Dallas Cowboys Pro Shop, open to the public year-round.

The stadium is also home to a world-class collection of contemporary art, made up of over 92 works of art by 62 established and emerging artists displayed on the walls and in the grand public spaces of the venue. In addition to being the home of the Dallas Cowboys since opening in 2009, the stadium has hosted Super Bowl XLV, the 2010 NBA All Star Game, the annual Goodyear Cotton Bowl Classic, the 2014 NCAA Men’s Final Four, the 2015 inaugural College Football Playoff Championship Game, the 2015 50th Anniversary Academy of Country Music Awards show and WrestleMania 32. The venue has also played host to high school and college football, concerts, championship fights, international soccer matches and other special events.

For more information, go to attstadium.com.

Located a few miles east of downtown Dallas inside historic Fair Park, the iconic Cotton Bowl® Stadium serves as the home of the annual Red River Showdown football game between the University of Texas and the University of Oklahoma and was the original home of the annual Cotton Bowl Classic from 1937 until 2009. Whether it’s hosting an NFL Championship (January 1, 1967), 1994 World Cup games or the 2nd most attend NHL Winter Classic ever, the Cotton Bowl has seen its share of highlights in its 90-plus year history. Today, the stadium has a capacity of more than 91,000-seats, making it one of the largest stadiums in the country. 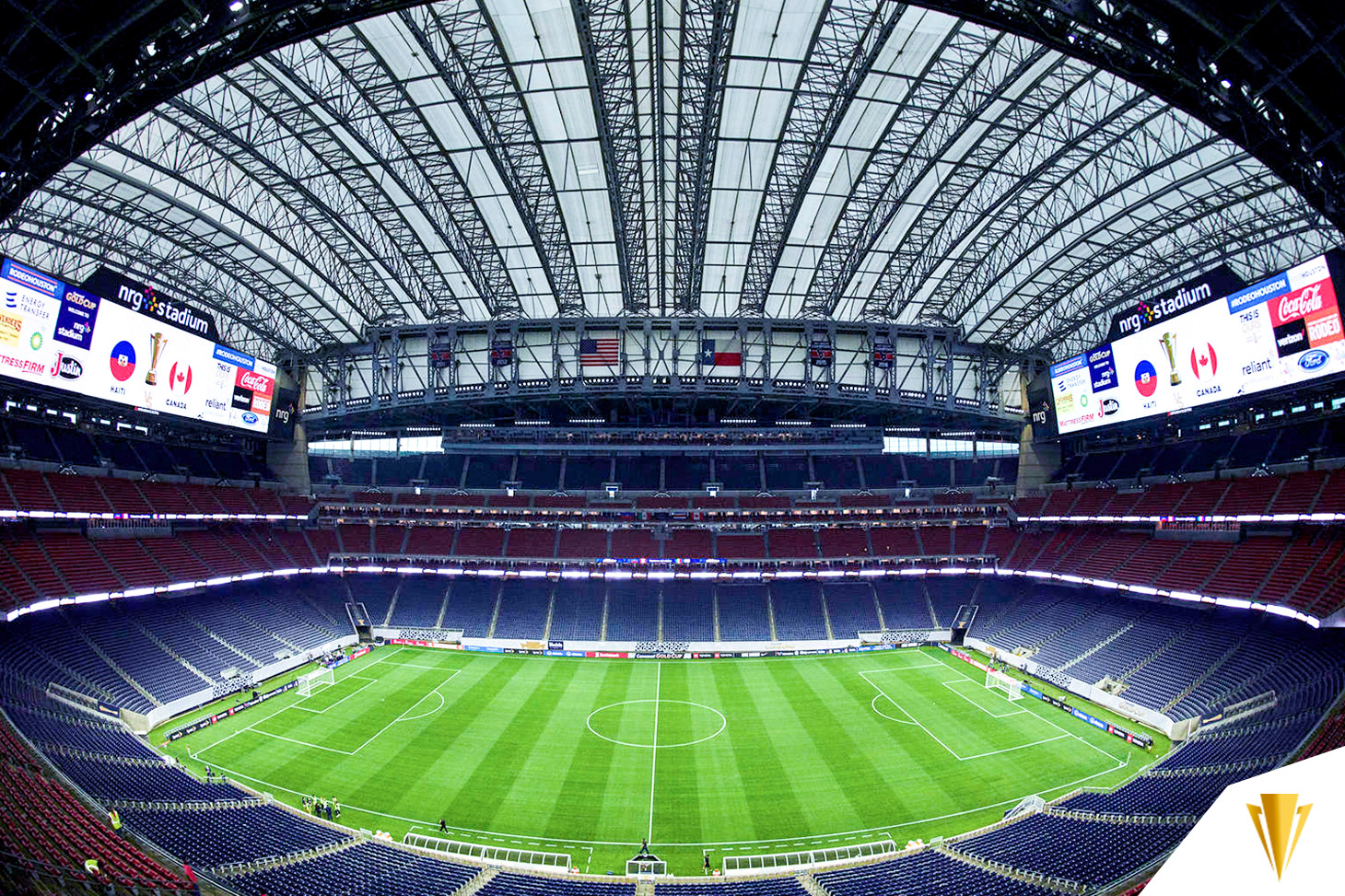 NRG Stadium is a world class facility that is part of an entire 350 acre sports and entertainment complex that hosts over 500 events and 5.5 million guests a year. NRG Park is located in Harris County (the 3rd most populous County in the United States), specifically Houston’s South Main corridor district. We have a proven track record of transforming the home of the world’s largest rodeo into a venue ready to host NCAA Division I Men’s Championship basketball in a matter of 60 hours, or transforming from an NFL Houston Texans field to an intimate arena for Disney on Ice. 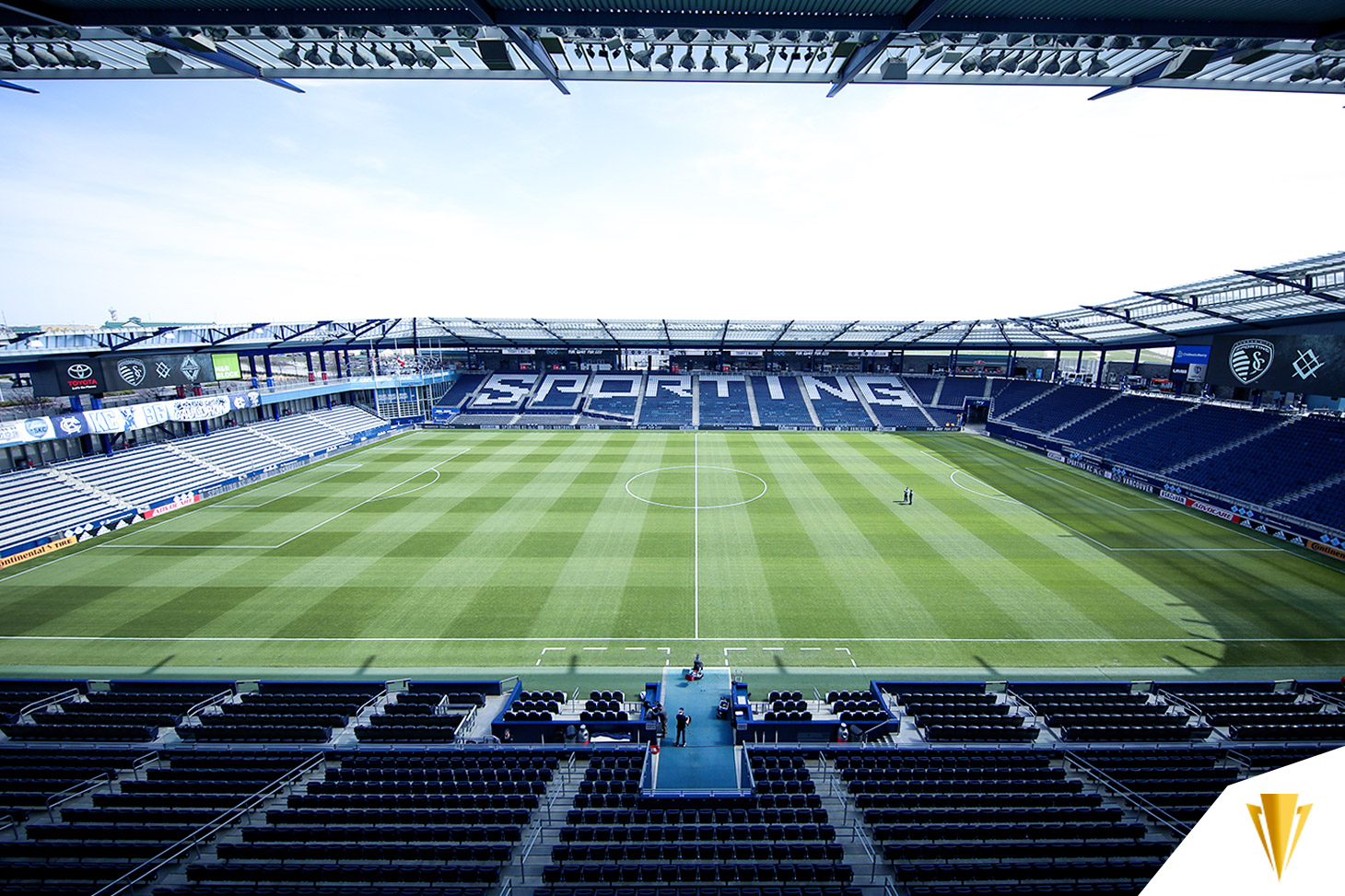 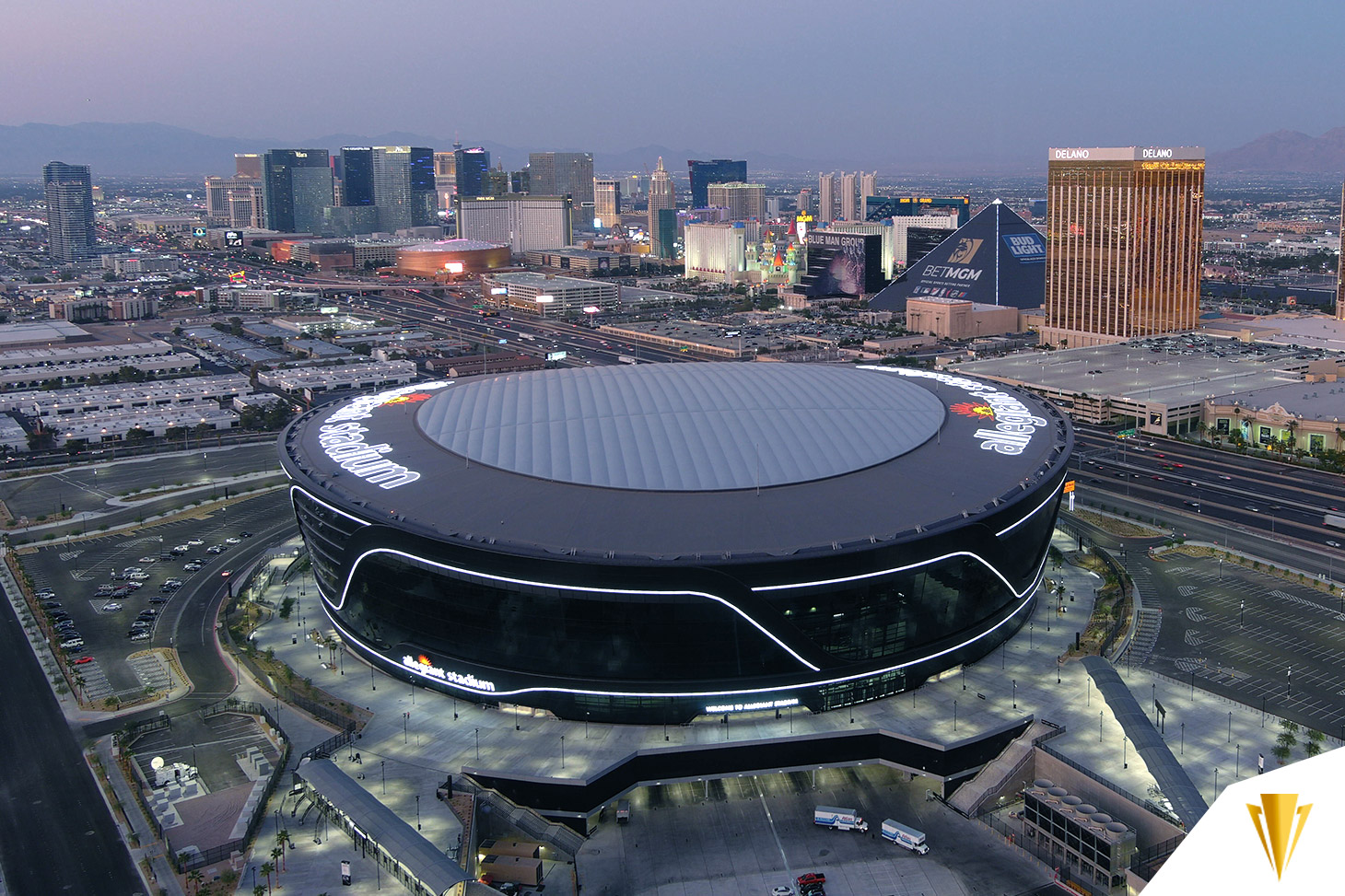 Located adjacent to the world-famous Las Vegas Strip, Allegiant Stadium is a global events destination and the newest state-of-the-art entertainment venue in Las Vegas. Home of the iconic Raiders and UNLV Football, Allegiant Stadium is ideally located for both visitors and locals. The technologically advanced stadium is fully enclosed and climate-controlled with a capacity of up to 65,000. Allegiant Stadium hosts world-class entertainment including concerts and sporting events such as the Pac-12 Championship Game and Las Vegas Bowl. The stadium project is expected to generate an economic benefit of $620 million annually while creating 6,000 permanent jobs in Southern Nevada. For more information, visit www.allegiantstadium.com. 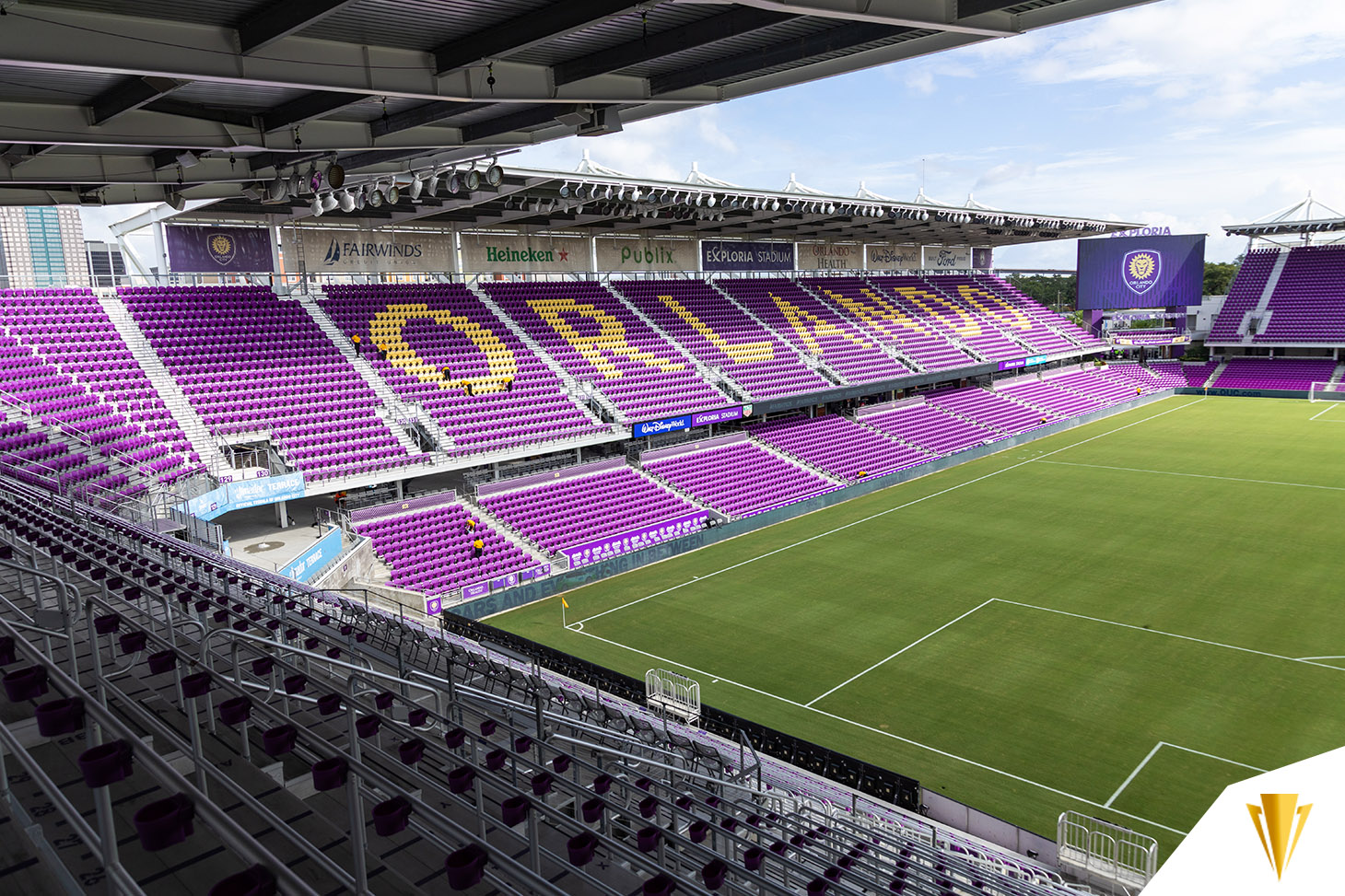 Home to Orlando City Soccer Club of Major League Soccer, and the Orlando Pride of the NWSL, the stadium has a capacity for 25,500 spectators. It is located in downtown Orlando, Florida, and was inaugurated in September 2017. It will be the first venue to host CONCACAF Gold Cup matches.

Its distinctive feature is a playing field sunk below ground level to offer spectacular a perfect view from street level. 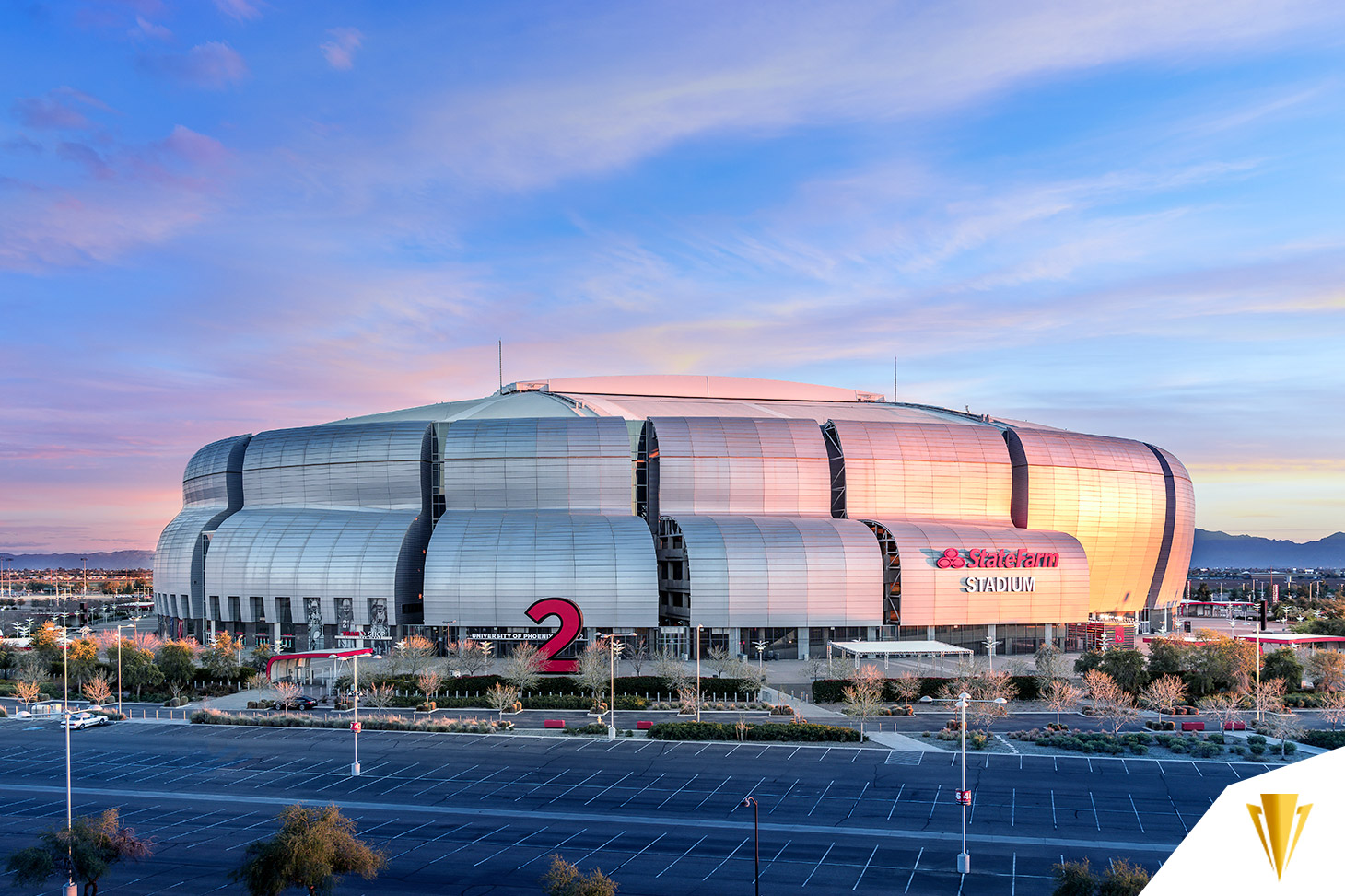 State Farm Stadium, located in Glendale Arizona, is owned by the Arizona Sports and Tourism Authority (www.az-sta.com) and managed by SMG (www.smgworld.com). Home to the Arizona Cardinals (NFL), University of Phoenix Stadium has hosted some of the country’s largest sporting events, including Super Bowl XLIX (2015), and Copa America Centenario in 2016.

Inter Miami CF Stadium in South Florida, the home of MLS club Inter Miami, will host the 2021 Concacaf Gold Cup Preliminary Round (Prelims). 12 nations will play from July 2-6, 2021, at Inter Miami CF Stadium, a brand-new football-specific stadium inaugurated just last year. The centralized venue, which includes an 18,000-capacity stadium sitting adjacent to a 50,000-square-foot training center with seven fields spanning across 34-acres, will allow for teams to play matches and train in one location.