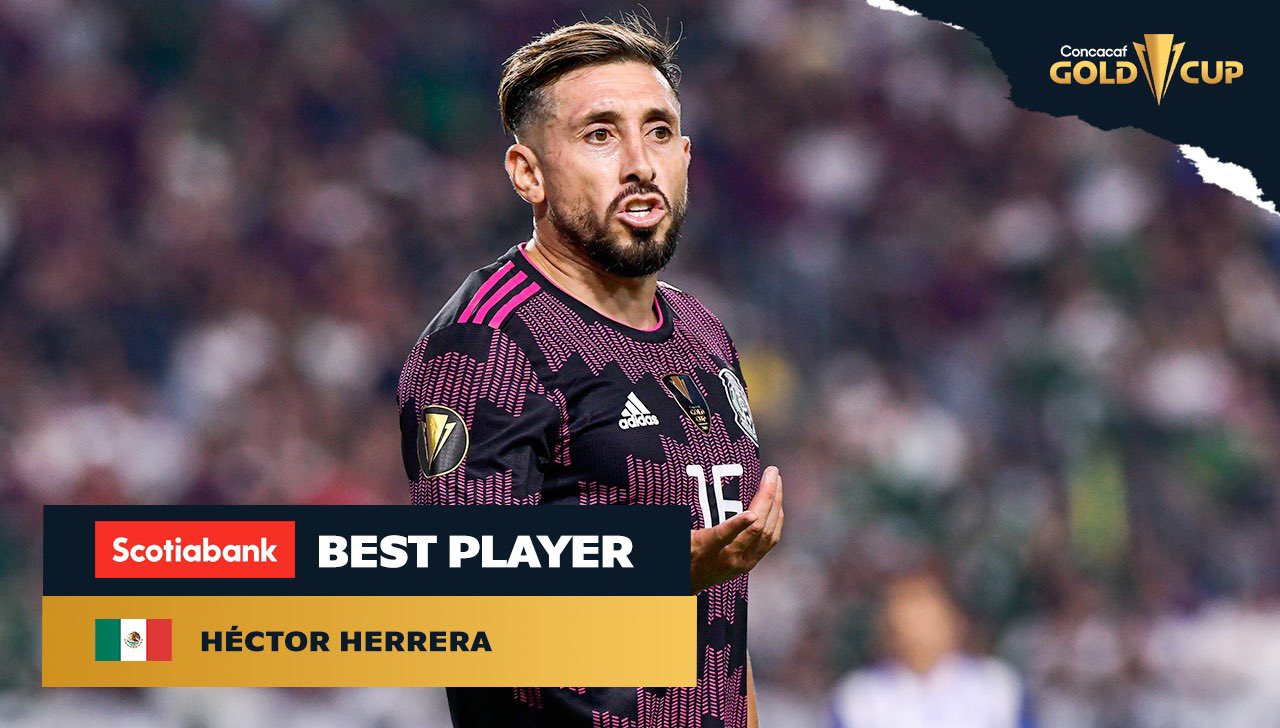 LAS VEGAS, Nevada – Hector Herrera was Mexico’s midfield engine, powering the team to the 2021 Gold Cup Final. As a result of his excellent performances, he has earned the Scotiabank Best Player Award.

The midfielder appeared in all six matches for his side, scoring one goal and providing two assists. It was his winner against Canada that saw El Tricolor make it to the 2021 Final.