Dianne Ferreira-James: Women all around the world have been breaking barriers and glass ceilings 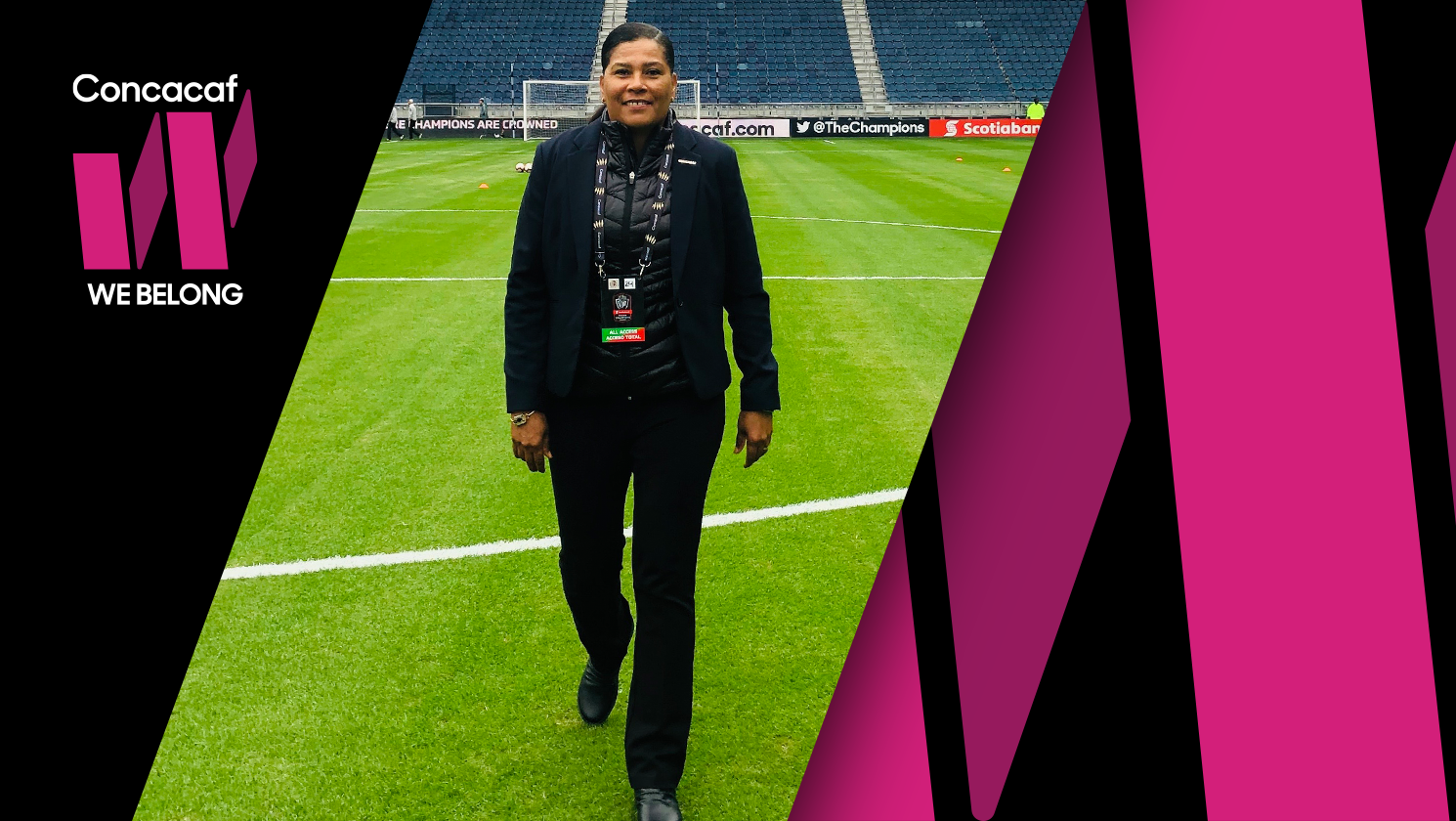 Dianne Ferreira-James: Women all around the world have been breaking barriers and glass ceilings

Football and cricket are the biggest sports in Guyana, a country surrounded by the Atlantic Ocean to the north, and Venezuela, Brazil, and Suriname. In this place where you can find Amazonian rainforests, immense waterfalls, and a vibrant indigenous culture, Guyanese Dianne Ferreira-James was captivated by both sports. Prior to becoming a referee, she captained Guyana in cricket, football, and volleyball and played on several national teams.

The referee, who is a former police officer in the areas of immigration and sports administration, is the Head of Refereeing for the Bahamas Football Association and one of the leading female officials in the Caribbean and the Concacaf region. She has enjoyed over a decade on the FIFA international list, which provided her the opportunity to see the world and experience extraordinary sporting events.

The Concacaf Elite Assessor has attended multiple FIFA Competitions and Olympic Games and has refereed every tournament in FIFA and Concacaf with 99 international matches involving FIFA Qualifiers at all levels and over 500 games locally and internationally.

When did you have the first opportunity to be involved in refereeing?
In 1997 refereeing was introduced to me by former FIFA referee Gerald Laurie who felt I possessed the qualities of a FIFA referee mainly because of my athleticism as an 800m 1500m runner and strong personality and mental toughest being a police officer.

Why are you passionate about refereeing?
Refereeing has provided me with the opportunity to see the world, experience fantastic sporting events, meet amazing people, make friends, enjoy the “beautiful game” as a referee on the field amongst the world’s best players and teams, as well as be a spectator. Additionally, I still enjoy those moments being an assessor, providing motivation and knowledge sharing so that others can experience such moments.

How would you define competitiveness?
I would say finding solutions to any expected and unexpected challenges the game presents. Watch many games to learn the strengths and weaknesses of players, teams and strategize how to counter such situations. Being consistent, physically fit, enforce the laws in a practical and respectful way. As an assessor upgrade my knowledge base on LOTG (Laws of the Game) and consistently watch and analyze video clips to be able to accurately give advice and solutions to referees.

You have been recognized as a leading football referee in Guyana, what’s the secret to succeeding in the game?
Passion and love for the game along with determination to succeed. Initially, it was difficult because I did not have any women's games in my country, so I had to officiate only men’s games. That transition from men to women was challenging because men move faster, there are rough challenges, there can be abusive players and spectators. The mindset has to be constantly changing to match your environment. I quickly developed a repetition of “no-nonsense ref” because I refuse to tolerate players’ abuse and found a solution to player management. I would say being a police officer worked in my favor to gain respect off the field, which made it a bit more relaxing on the pitch. My strategy was to manage the troublesome players who in turn helped me to manage their players.

Is there any one characteristic or component that you can recommend to our young females that have led to your success?
Passion for whatever is your chosen career path. It drives you to pursue your goals regardless of the obstacles faced. Being humble not just say “you are humble,” I think it’s a female trait. However, regardless of gender, being humble make great effective leaders.

What’s the importance of coaching and mentorship when deciding to become a referee?
It provides the opportunity for learning not just the rules of the game but how to interact with various personalities as a referee has to manage 22 different personalities on the pitch. It adds value, provides guidance and growth, develops and enhances skills such as communication, and boosts confidence professionally or personally.

Which strategies or programs can help support women of color or black female athletes to join the game?
Football generally empowers lucrative careers with female players making strides prompting clubs and organizations to recognize their contribution as important as male athletes and players. Women all around the world have been breaking barriers and glass ceilings which now gives hope for women or girls of color and lower socioeconomic status to dwell in an environment free from abuse of any form. Women and girls of color have fewer resources and a higher poverty rate, in which sports can provide an avenue for development. FIFA's aggressive drive to stamp out racism and discrimination among players, coaches, and football enthusiasts will see more women of color join the sport. I believe all organizations should develop gender equity policies and create an environment of equity providing opportunities for female athletes to realize or chase their dreams, this will help to close the gap that exists.

How are you proving that women belong to the game, to refereeing?
Gender should not be a factor in anything you aspire to do and in refereeing it is no different. In today’s world women are just as competent and qualified as men and have effective leadership qualities and behaviors to lead any organization. Women are born with excellent management skills. We start by managing our homes, children and that extends to our work environment. We do not need to emulate men, that’s a misconception. I am working in a male-dominated sport and recently assessed the Scotiabank Concacaf League Final along with another female Kathryn Nesbitt (USA). The rules do not change when you are a woman, so many women are breaking barriers at all levels as seen in the Super Bowl and a trio of female referees (Edina/Neuza/Mariana) in the FIFA Club World Cup and many others around the world. The focus should be equality of talents and potential, repeatedly echoed by Concacaf’s Director of Refereeing, Brian Hall.

What is your biggest dream as a referee?
My biggest dream became a reality many years ago having the honor to attend 7 FIFA Tournaments in my 14 years career. Refereeing the Finals of the 2002 FIFA U19 Edmonton and the Semi-finals and Finals (E.T) of the Olympic Games 2004 Athens. Now I aspire to be a FIFA Instructor apart from being an Elite Assessor in Concacaf to share, mentor, and coach referees to realize their potential.