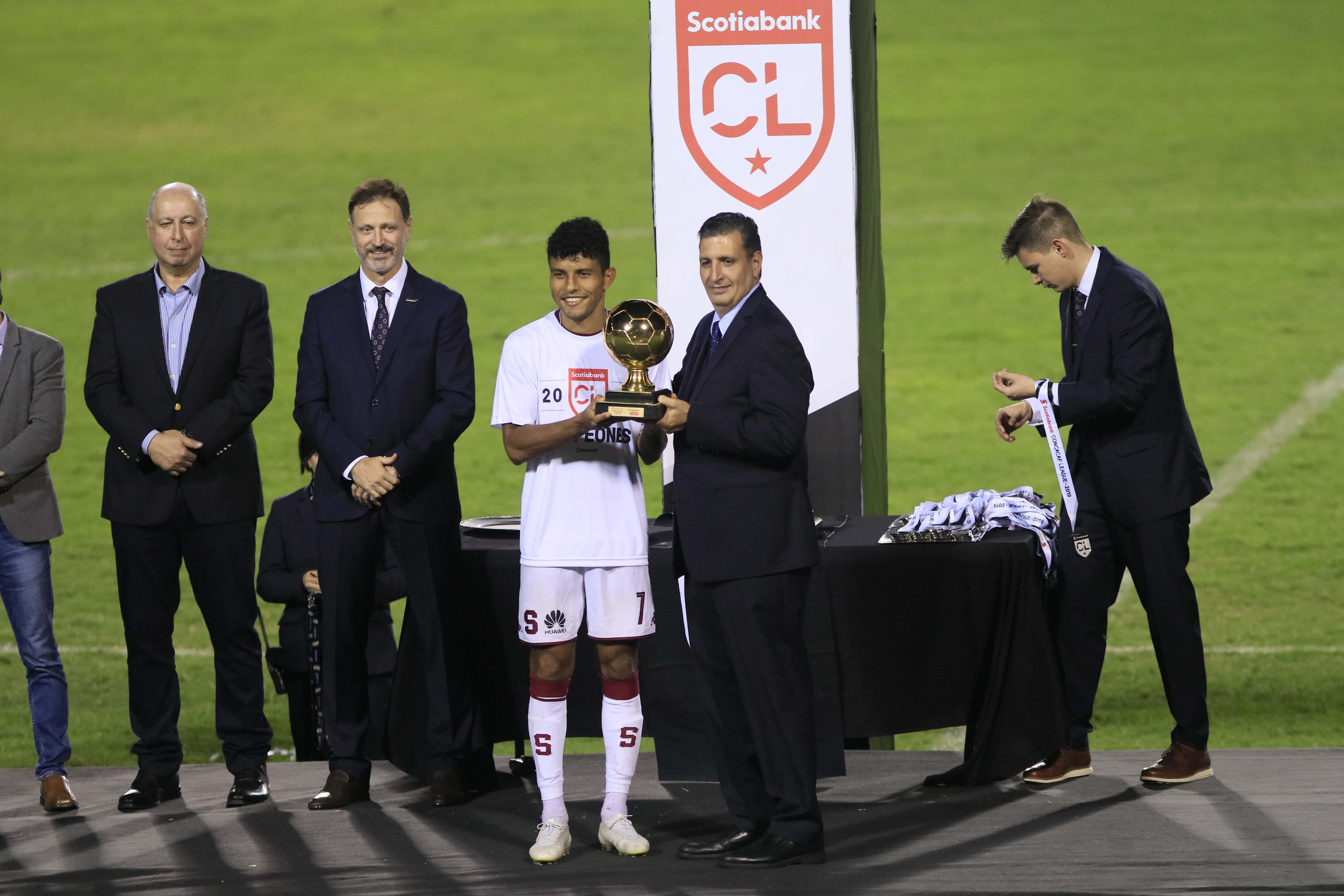 Manfred Ugalde, Deportivo Saprissa (CRC) – The 17-year-old FW for the Monstruo Morado came of age in the 2019 SCL. Ugalde scored four goals in seven matches for the Tico outfit, including a brace in his Concacaf debut in a 3-1 win at the Belmopan Bandits in the Preliminary Round first leg.

GOLDEN GLOVE
Jonathan Rougier, FC Motagua (HON) – Rougier made 22 saves in the SCL 2019 and kept a clean sheet in four of Motagua’s last seven matches, including two in the quarterfinals versus Waterhouse of Jamaica and versus Alianza in the semifinals, plus the second leg of the Final against Saprissa.

GOLDEN BOOT
Johan Venegas, Deportivo Saprissa (CRC) – Venegas was a runaway winner of the award as the top goalscorer in the 2019 SCL. The FW scored seven goals, thus becoming the all-time leading scorer in the entire history of the tournament.

GOLDEN BALL MVP
Johan Venegas, Deportivo Saprissa (CRC)- The highlights of Venegas during the 2019 SCL were plentiful, with so many of his goals coming at crucial moments. Among his more memorable performances were a hat trick in a 3-2 in over Independiente of Panama in the quarterfinal first leg and the decisive goal in the Final versus Motagua.