Lopez on Verdes SCL run: “It’s a great feeling for everyone” 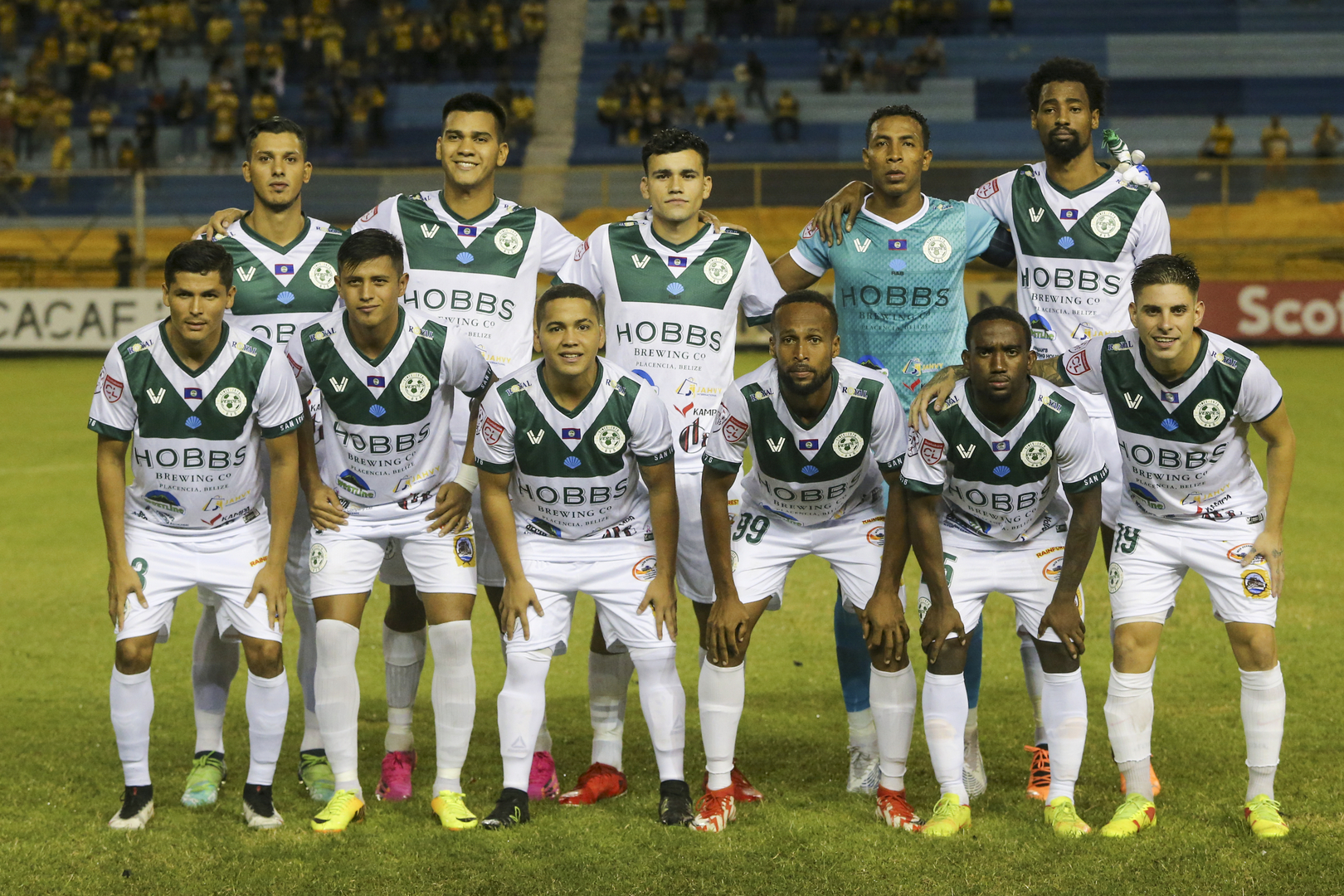 Verdes FC gather for a team photo before the second leg of their Preliminary Round series with El Salvador's Platense at the Estadio Cuscatlán in San Salvador, El Salvador on August 3, 2022.

Lopez on Verdes SCL run: “It’s a great feeling for everyone”

MIAMI, Florida – History was made last week when Verdes FC became the first team from Belize to win a series in the Scotiabank Concacaf League.

The club earned a 2-2 draw away in the second leg of their Preliminary Round series with Platense of El Salvador for a 2-2 final on aggregate and Verdes advancing via the away goal tiebreaker.

A key member of the Verdes squad that achieved that historical result was FW Krisean Lopez, who noted that some tips picked up during the 0-0 first leg result in Belize allowed for Verdes to strike for two decisive goals in El Salvador.

“We are all excited for our move to the second round, so we are working hard on continuing our journey in the Concacaf League,” said Lopez in an exclusive interview with Concacaf.com.

“From the first leg game, we were able to analyze that there was a mismatch in the middle of the field that we could take advantage of. We went back to the drawing board, made some adjustments, adding three midfielders to the center of the field so we could match up in the middle and then have the same two forwards going forward,” added Lopez.

Lopez also pointed to the fact that this year Verdes arrived into their Preliminary Round series in game shape, unlike last season’s 6-1 aggregate loss to Costa Rican club Santos de Guapiles in the Preliminary Round.

“When we played against Santos, we weren’t active playing soccer, but now we are active and more in playing shape. We wanted to do something good for Belize and for the team and for our players, so the experience for me personally was great,” said Lopez.

Just knowing that Lopez is part of a team that will forever live in Belizean football lore is something very special for the 23-year-old.

“It is a great feeling for everyone. Our objective was to move forward and reach the second round and we did that. We are grateful for that opportunity and now we just want to keep moving forward as far as possible in this tournament,” said Lopez.

The Belize international also said the reception back home after the Platense second leg was a memorable one.

“Our friends, family and the fans, they all supported us, we are all grateful for them. We were on the road, so they all sent messages and videos cheering us on, telling us, ‘You’ve got this!’ They all believed in us. We didn’t let them down and now it’s our turn to do our part again because without them we wouldn’t be in this position,” said Lopez.

Up next for Lopez and Verdes is a Round of 16 series with Salvadoran giants Alianza, which should pose a very stiff test.

“We know that Alianza are a very good team. You can see that in how they play, how they maintain possession and keep the ball, so going forward into these two games our coach told us to give them the respect that is due, but that he will find a gameplan for us in these two games,” said Lopez.

With a victory against Alianza in the Round of 16 and another win in the quarterfinals, Verdes would secure for themselves a spot in the 2023 Scotiabank Concacaf Champions League. It would be the third appearance for Verdes in the tournament and their first since the 2015-16 edition.

Lopez also believes it would provide a massive lift to Belizean football on the whole.