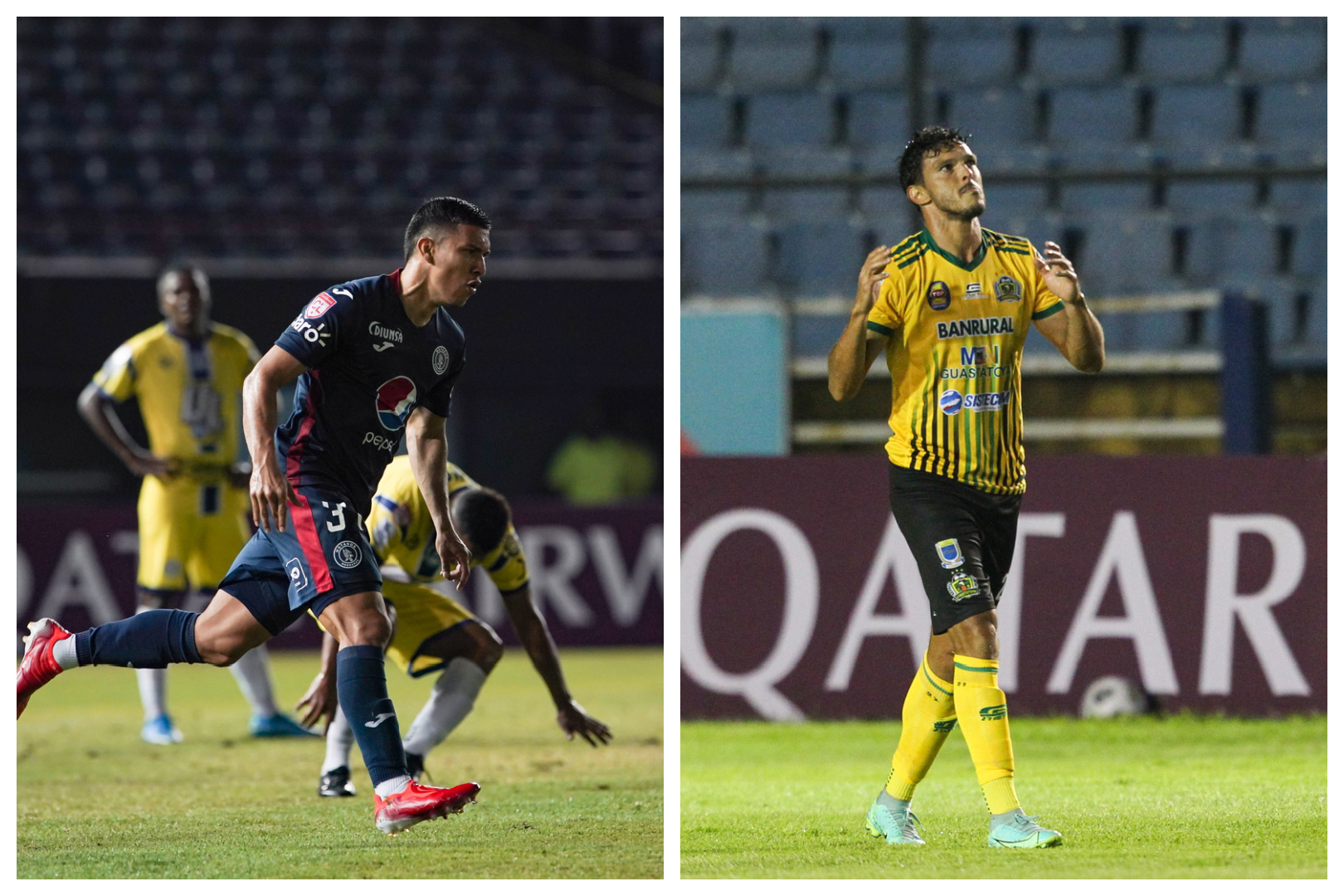 With the scores, Lopez (L) became Motagua’s all-time leading scorer in the SCL with seven goals andL uis Landin was the hero on the night for Guatemala’s Guastatoya in their 1-1 draw against reigning SCL champions Liga Deportiva Alajuelense.

MIAMI, Florida – The first legs of the Round of 16 matches of the 2021 Scotiabank Concacaf League are now complete, with plenty of action across the eight matches played.

Here are five moments that stood out:

Down 2-0 in the second half against Panama’s Universitario, two-time SCL finalists Motagua of Honduras needed someone to come to the forefront and take the game over. Look no further than Kevin Lopez, who scored a pair of goals in the final 32 minutes to earn the visiting Catrachos a 2-2 draw. With the scores, Lopez became Motagua’s all-time leading scorer in the SCL with seven goals and is now second on the all-time SCL scoring chart behind Johan Venegas (13). 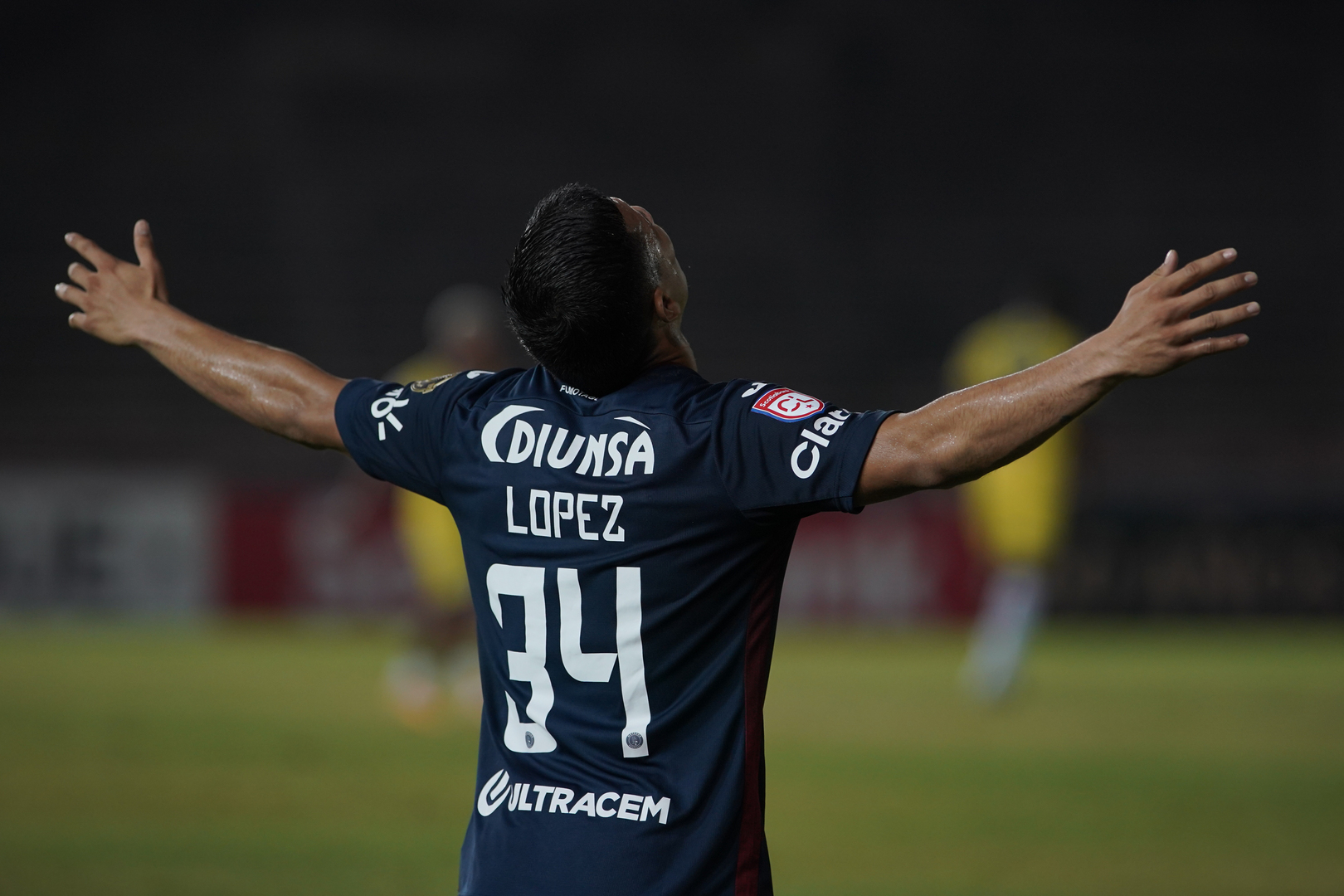 Pity the fan that had to step away from their television screen between the 78th and 80th minutes of Olimpia’s 6-0 win over Inter Moengo Tapoe of Suriname. In just 154 seconds, Eddie Hernandez struck twice to score the fastest brace in SCL history, as Olimpia added to their current record of the most goals in the SCL Round of 16, improving from 13 to 19. Hernandez’s brace was also the seventh brace scored by a Honduran in the SCL.

Landin rolls back the years

Luis Landin was the hero on the night for Guatemala’s Guastatoya in their 1-1 draw against reigning SCL champions Liga Deportiva Alajuelense of Costa Rica. The veteran Mexican striker scored in the 27th minute to help secure a draw for his side, that will now be seeking a quarterfinal spot in next week’s return leg in Costa Rica. Thriving in Concacaf is nothing new for Landin. The 37-year-old was a member of the Pachuca team that lifted the 2007 Concacaf Champions Cup and also formed part of the Cruz Azul side that reached the first final of the Scotiabank Concacaf Champions League in 2008-09. All these years later, Landin is still a force on Concacaf nights. 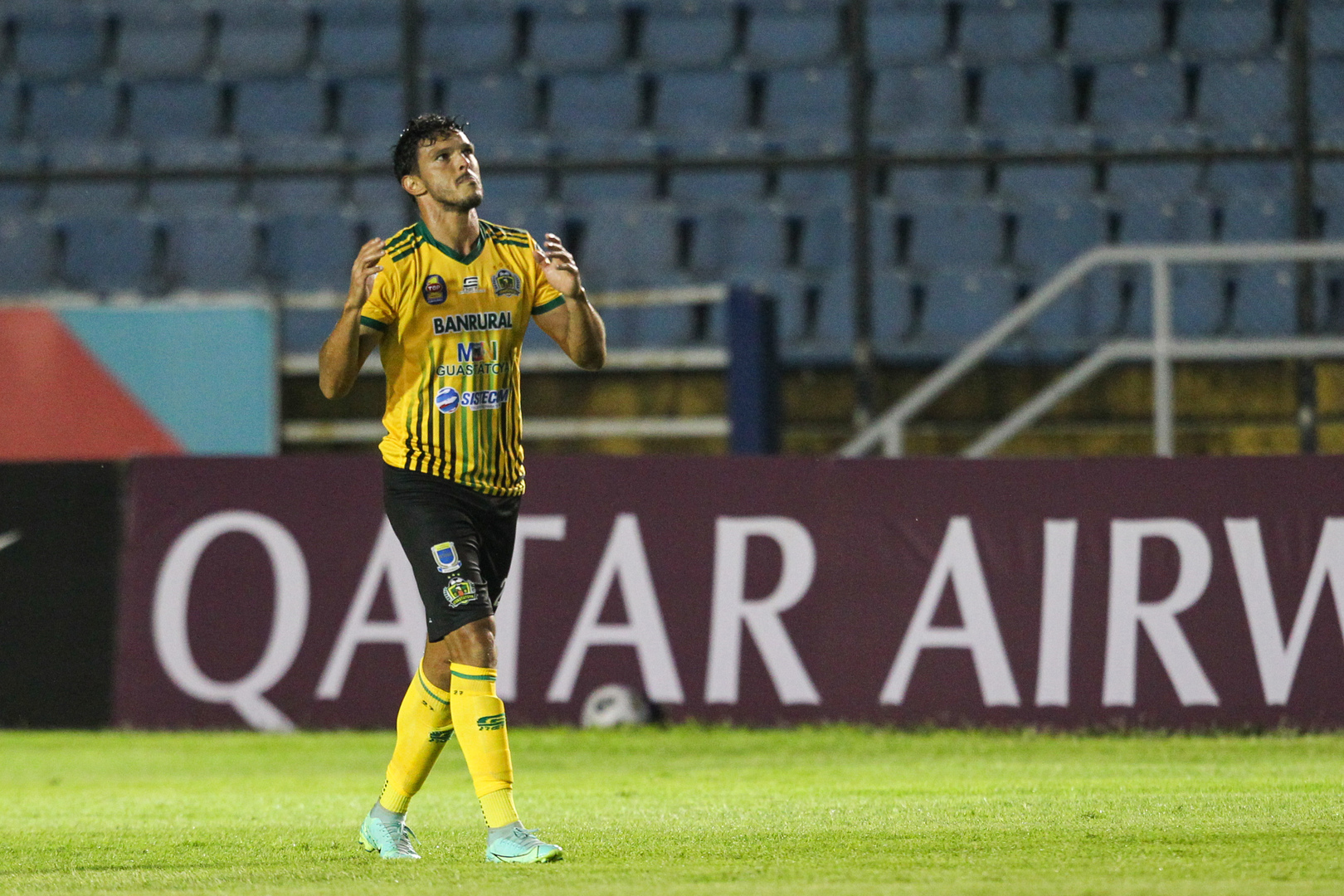 Independiente in safe hands with Samudio

Forge FC of Canada had only known victory when playing at home in the SCL prior to their first leg against Independiente of Panama, and they looked like they would achieve that feat again with Daniel Krutzen stepping to the spot for a penalty kick, but Independiente GK Cesar Samudio had other ideas. The 27-year-old guessed correctly and made a diving stop to deny Krutzen and help secure an important 0-0 draw for his side. 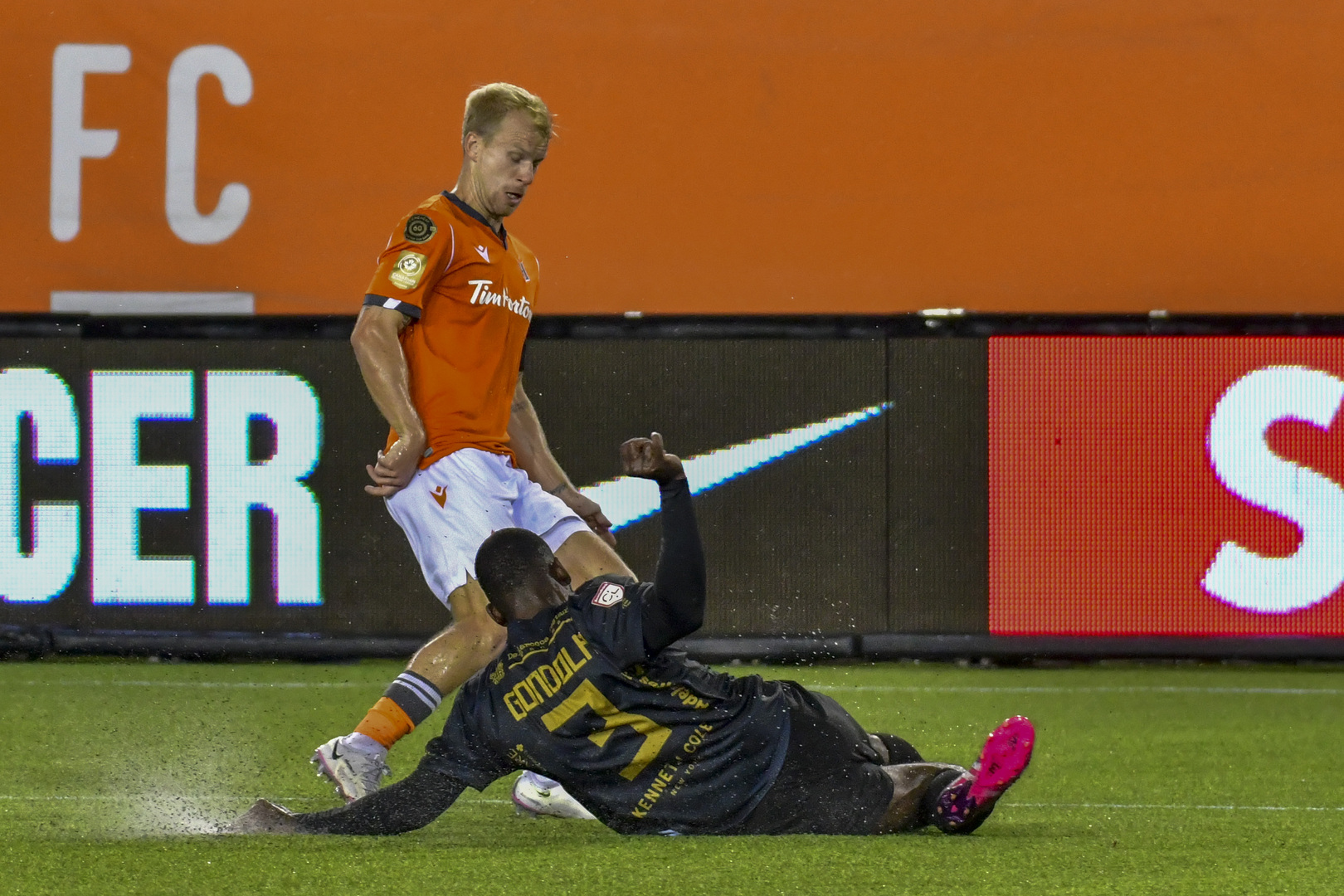 Tori Penso made history this week by becoming the first woman to be a head referee in an SCL match when she was on the whistle for Thursday’s Santos de Guapiles-Plaza Amador first leg match in San Jose, Costa Rica. Penso’s historical day is just the latest example of Concacaf’s commitment to avail opportunities for women referees, including the likes of Kathryn Nesbitt, who worked as an assistant referee in the 2020 SCL Final between Alajuelense and Saprissa. 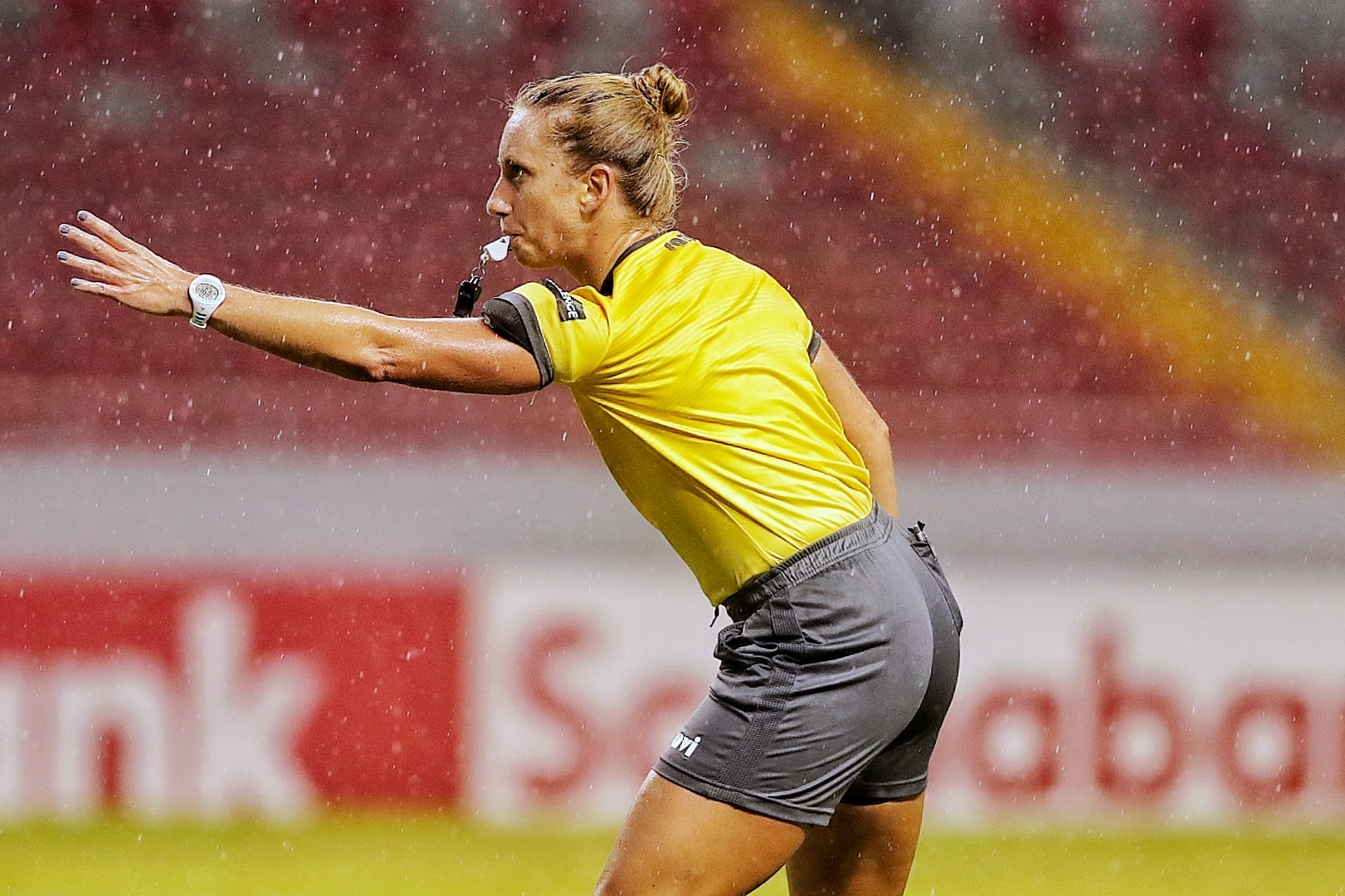