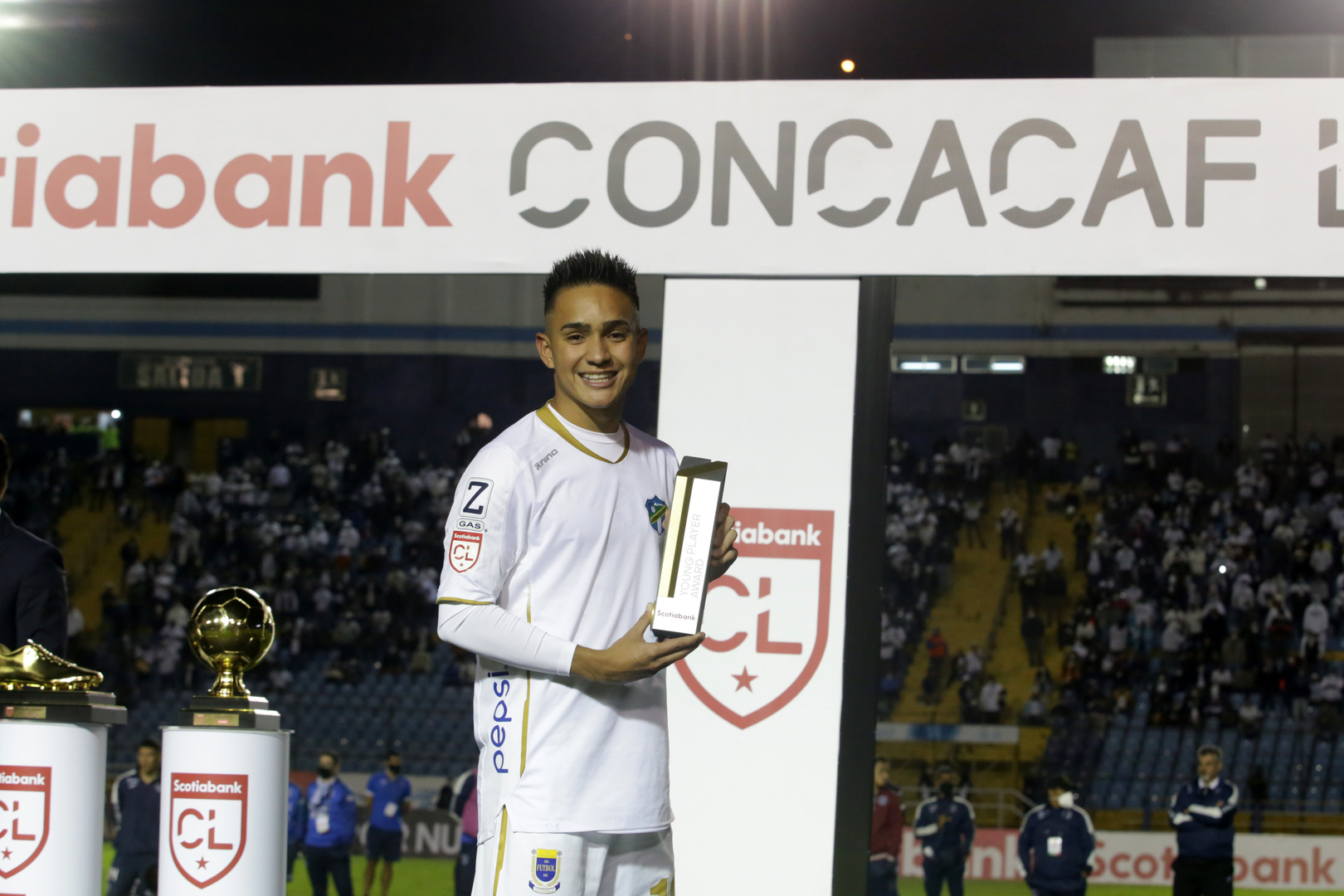 The 22-year-old Comunicaciones MF started all 10 of the Guatemalan club’s matches in the tournament.

CIUDAD GUATEMALA, Guatemala – Oscar Santis was selected on Tuesday as the recipient
of the Scotiabank Youth Revelation Award as the 2021 Scotiabank Concacaf League’s best
young player.

The 22-year-old Comunicaciones MF started all 10 of the Guatemalan club’s matches in the
tournament, helping the Cremas become the first Guatemalan club to win the SCL after a 6-3
aggregate victory over Motagua of Honduras.

The Guatemala international scored three goals, including a hat trick in Comunicaciones’ narrow
4-3 quarterfinal first leg defeat to Costa Rica’s Deportivo Saprissa.
“I thought it could be something great, I saw it in my dreams but it is better than what I could
imagine,” said Santis in an exclusive interview with Concacaf.com following Tuesday’s 4-2
second leg win.

“The award that they gave me is something for which I worked on every day and sacrificed. I
never thought that I would get this personal trophy, I only imagined it and wished for it,”
concluded Santis.