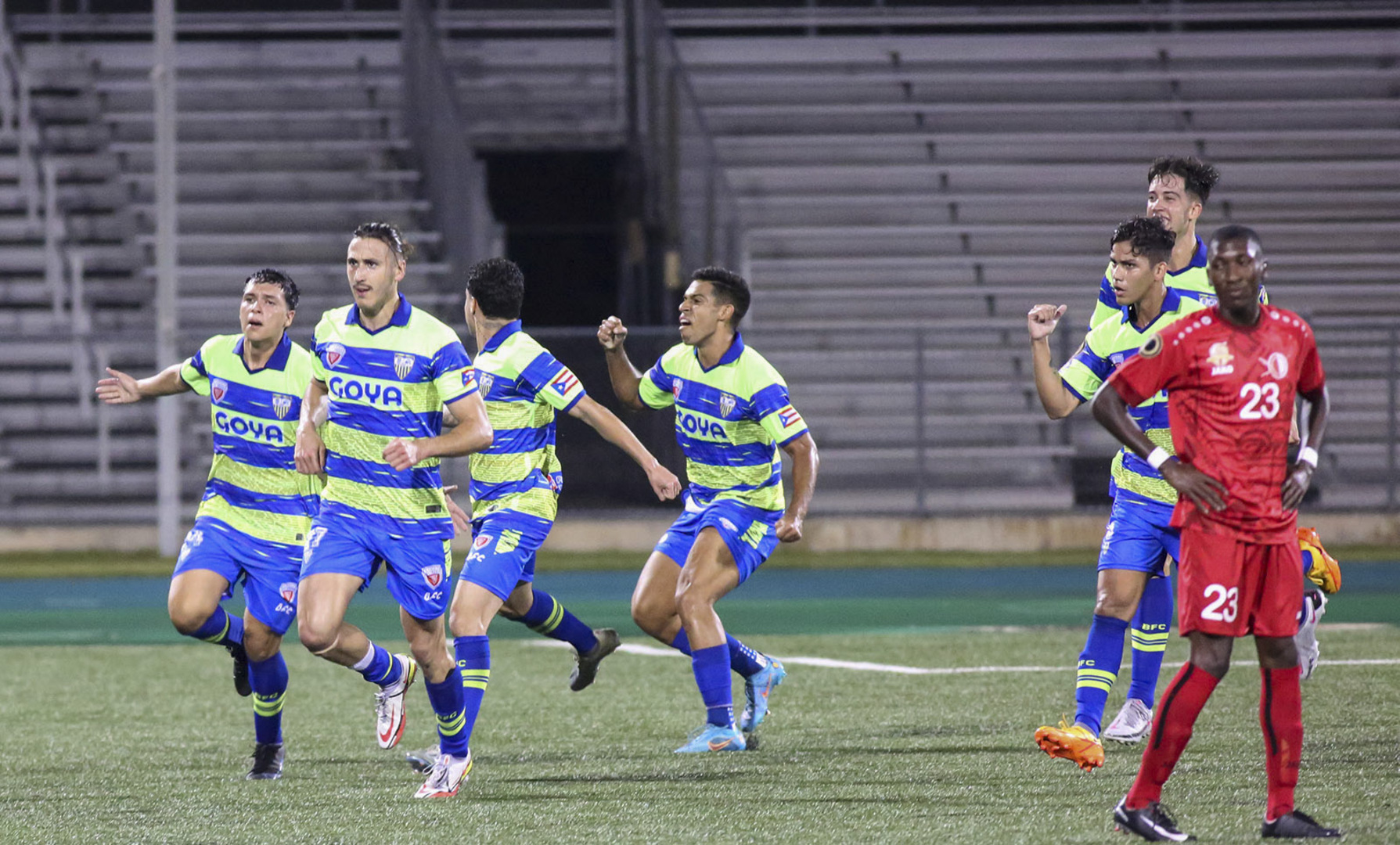 Jordi Ranera (right) scored in the final seconds of extra time to earn Bayamon FC of Puerto Rico a dramatic 2-1 victory over Inter Moengo Tapoe of Suriname in the 2022 Concacaf Caribbean Club Shield Final on Sunday.

It was the second goal of the day for Ranera, who scored with the last kick of the game to earn
Bayamon their first ever Caribbean crown.

The victory also means that Bayamon advance to the 2022 Scotiabank Concacaf League Play-off, where they will face the fourth-place team from the 2022 Concacaf Caribbean Club Championship for a place in the 2022 SCL.

The home side was first to strike, as they took advantage of an error deep in the Inter Moengo
Tapoe, allowing Ranera to fire his side into the lead, 1-0, in the 24’.

Things were wide open as play continued, with Bayamon seeking a second score, while Inter
Moengo Tapoe trying to get back on level terms.
The efforts of the Suriname club were richly rewarded in the 89’ when Miquel Darson steered home a left-footed shot to make it 1-1.

A late winner was not to be had, so the two teams went to extra time to try to find that precious go-ahead goal, and Donnegy Fer almost had it in the 113’ for Inter Moengo Tapoe with a shot
off the post.

All of the chances were coming for Inter Moengo Tapoe in extra time, until the final seconds when off a throw-in, a flicked-on header found the slashing Ranera, who guided in a shot to
deliver the dramatic 2-1 triumph for Bayamon.

The day began with the Third-Place Match in a rematch between Jong Holland of Curacao and
AS Gosier of Guadeloupe. The two sides had fought to a 0-0 draw in the group stage, however, on this day the spoils belonged to Gosier, who collected a 2-0 win.

The game’s first goal did not come until the 52’ when on a corner kick Yohan Nandkissori was
able to nudge home a goal amid a mad scramble for a 1-0 lead.

Jong Holland looked to respond, but instead it was Gosier adding an insurance goal in the 68’ via a free kick from Ronan Popote, who scored from distance to seal the 2-0 scoreline. 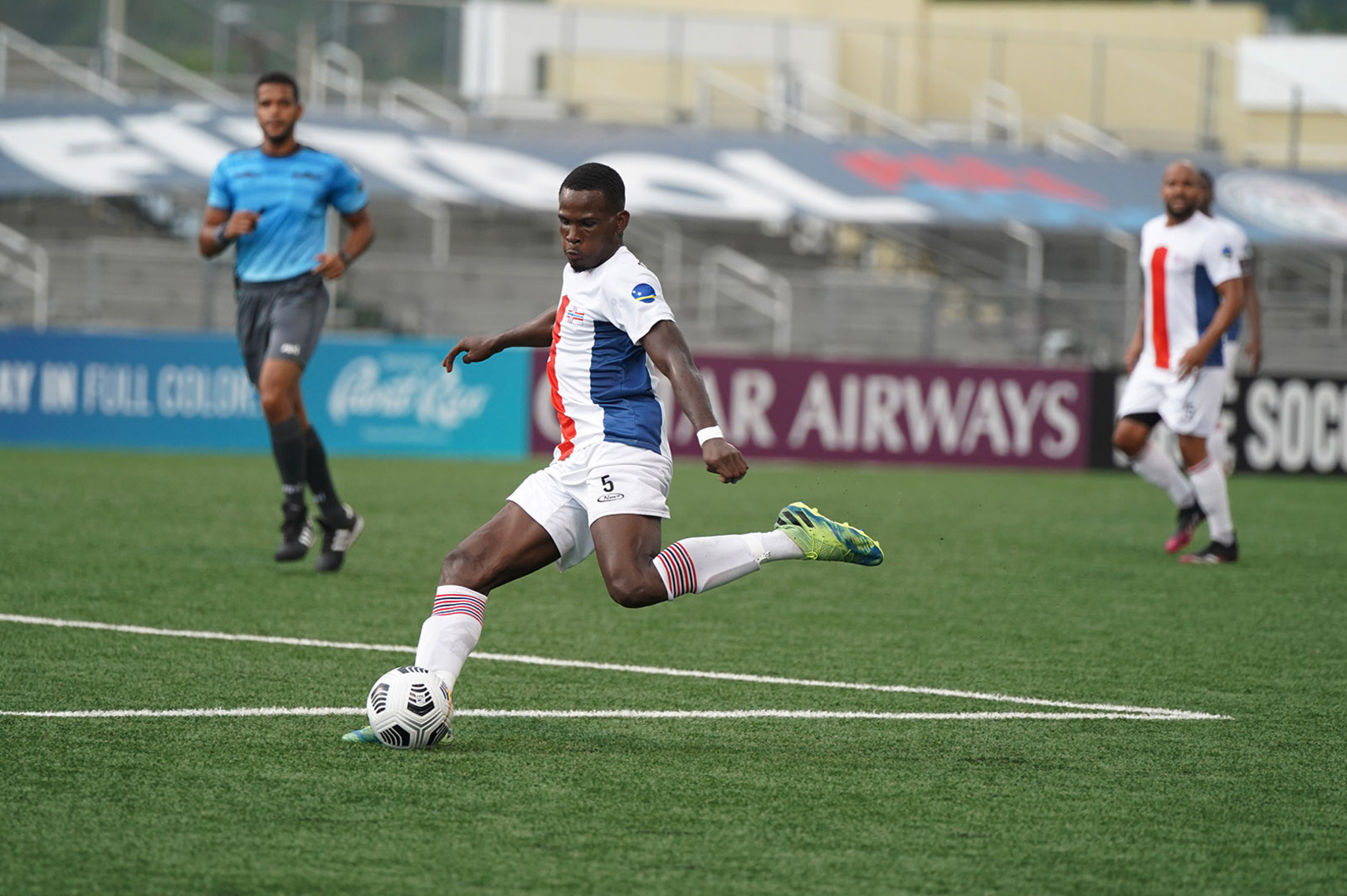 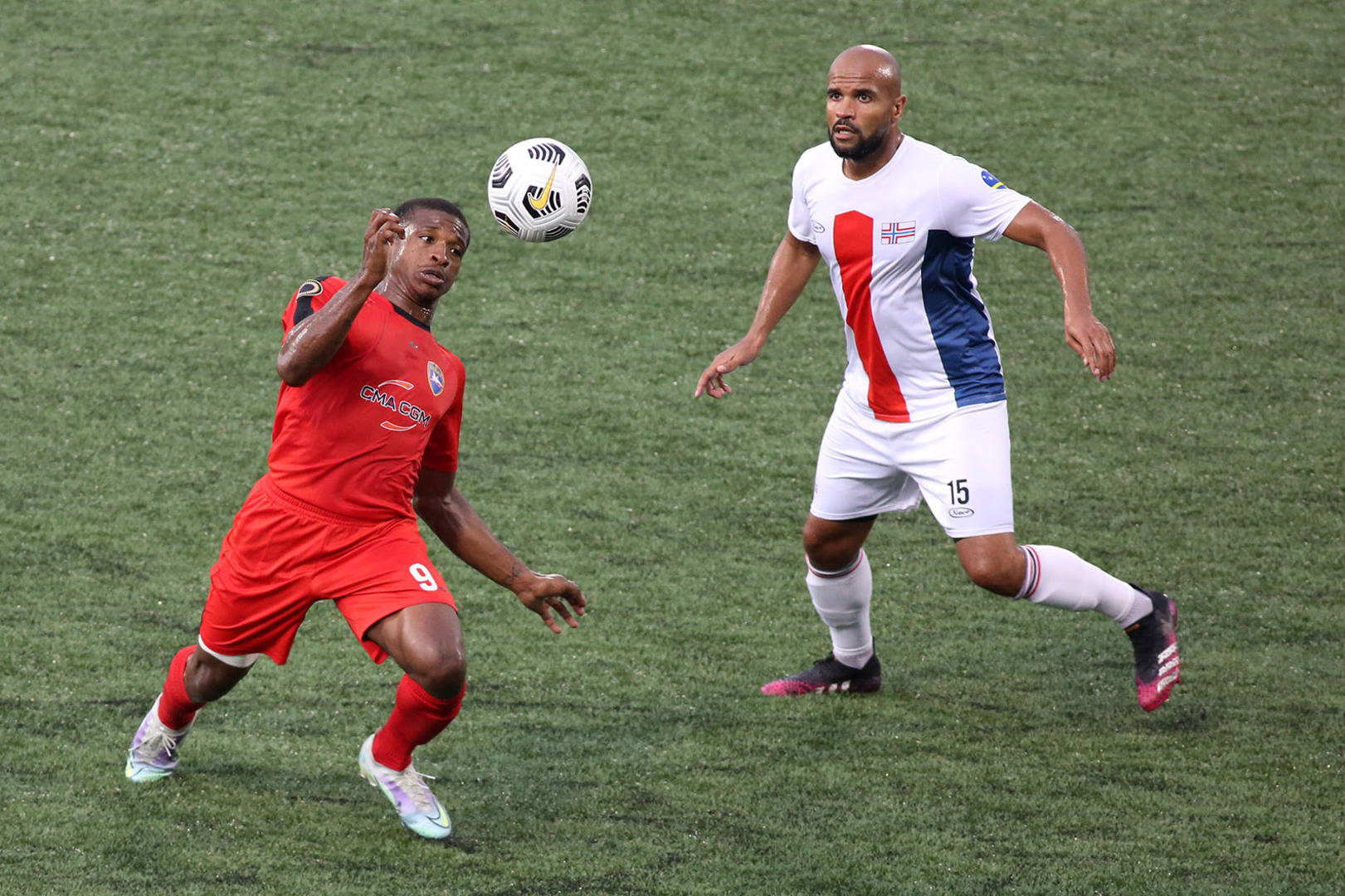 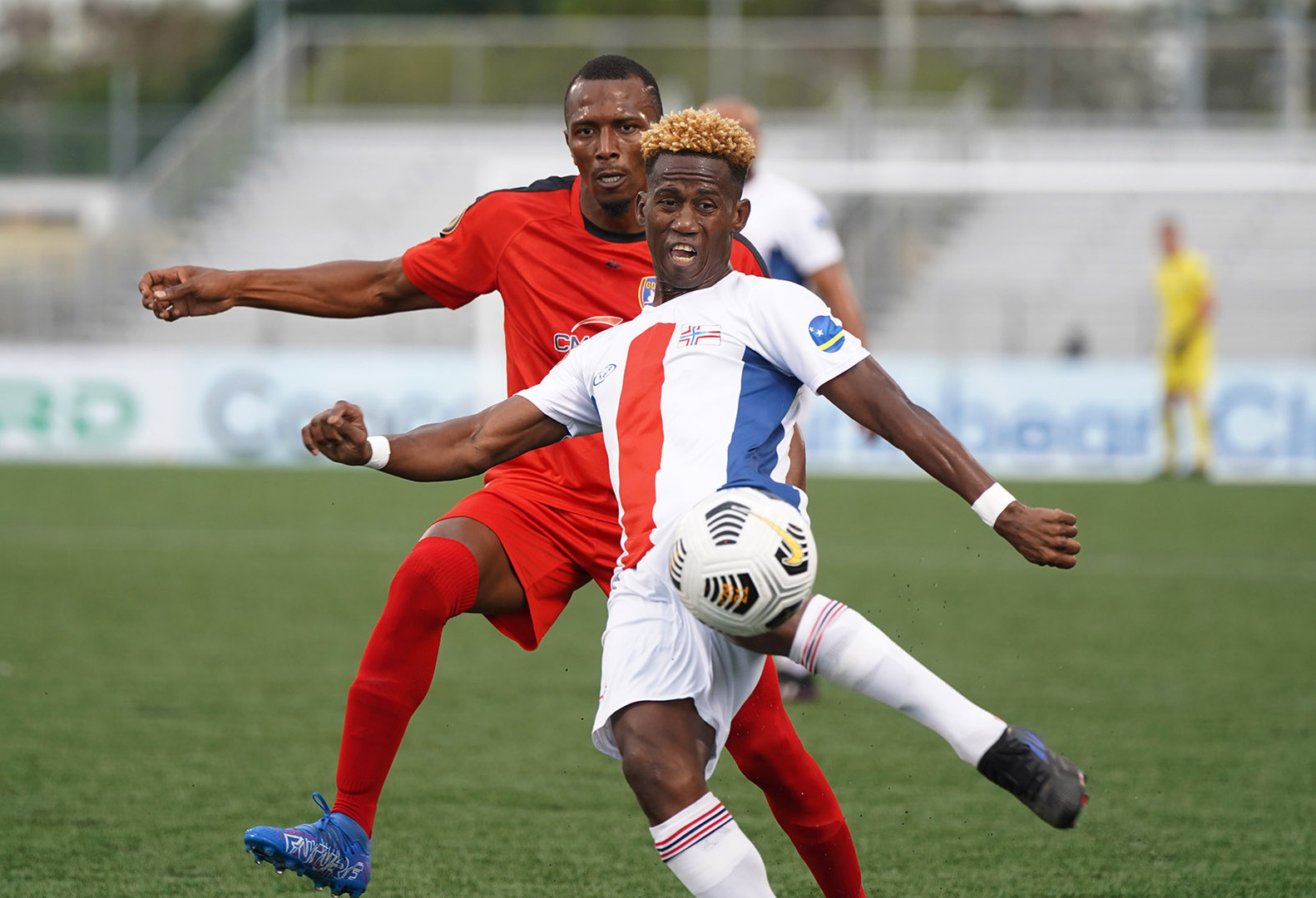 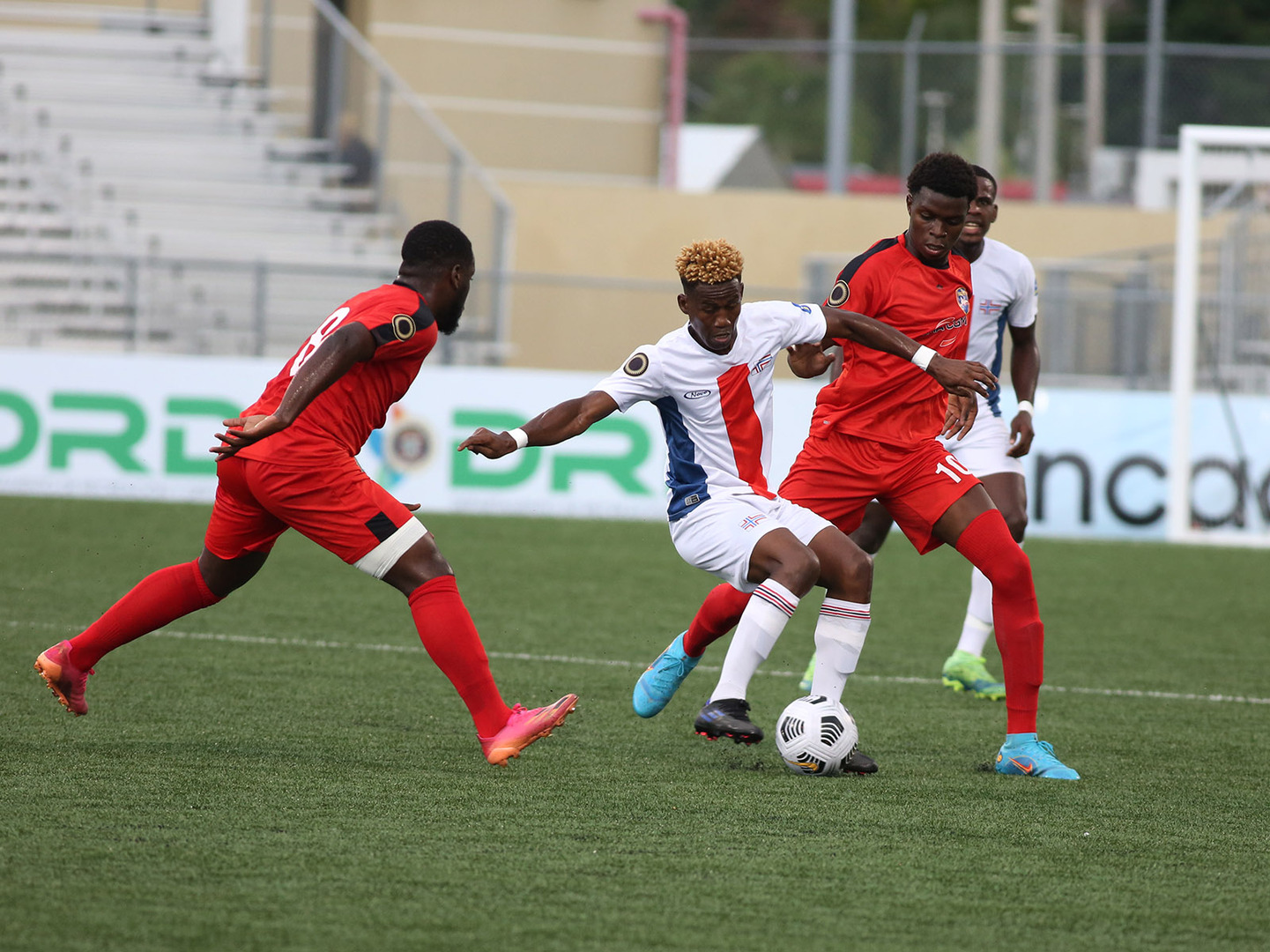 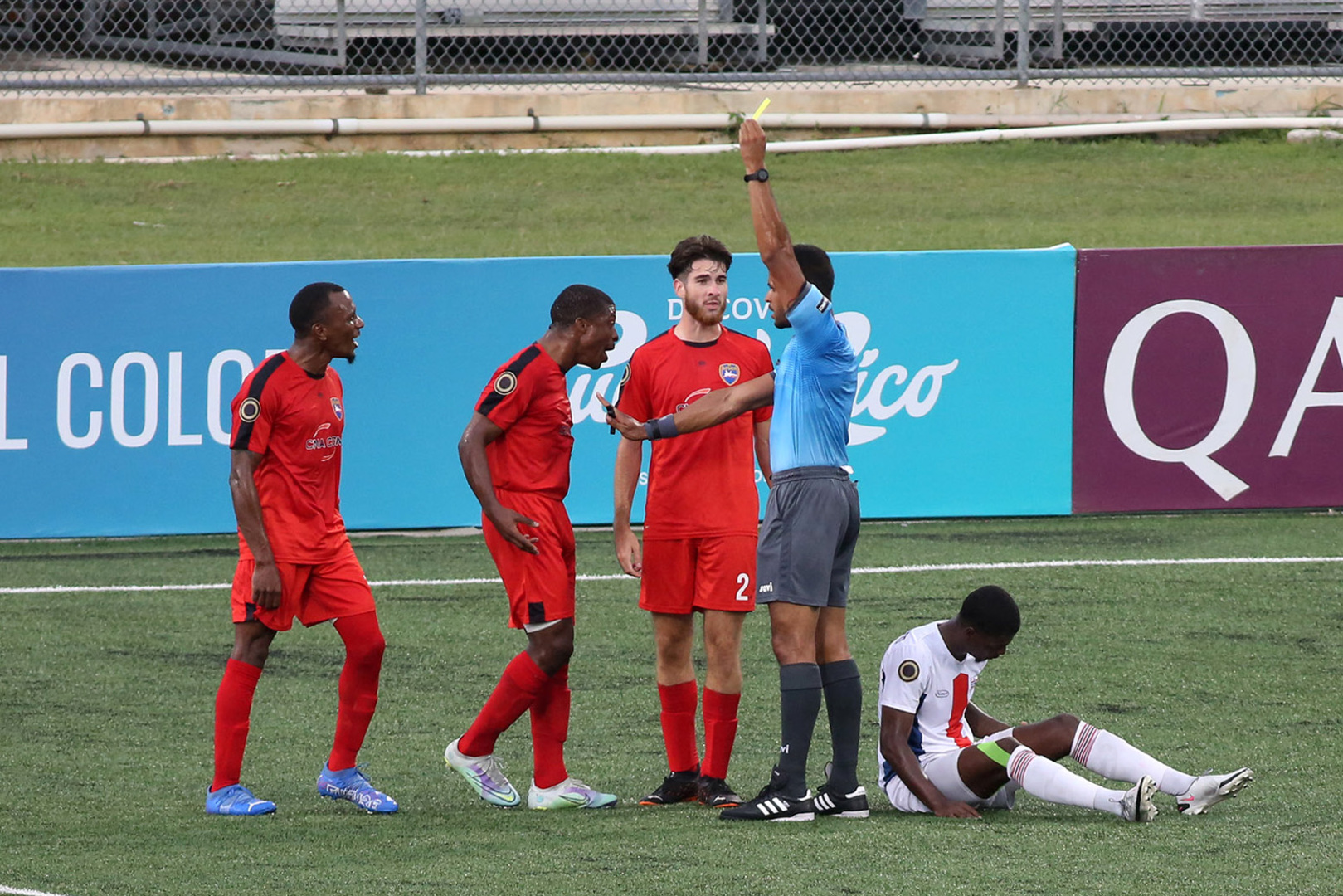 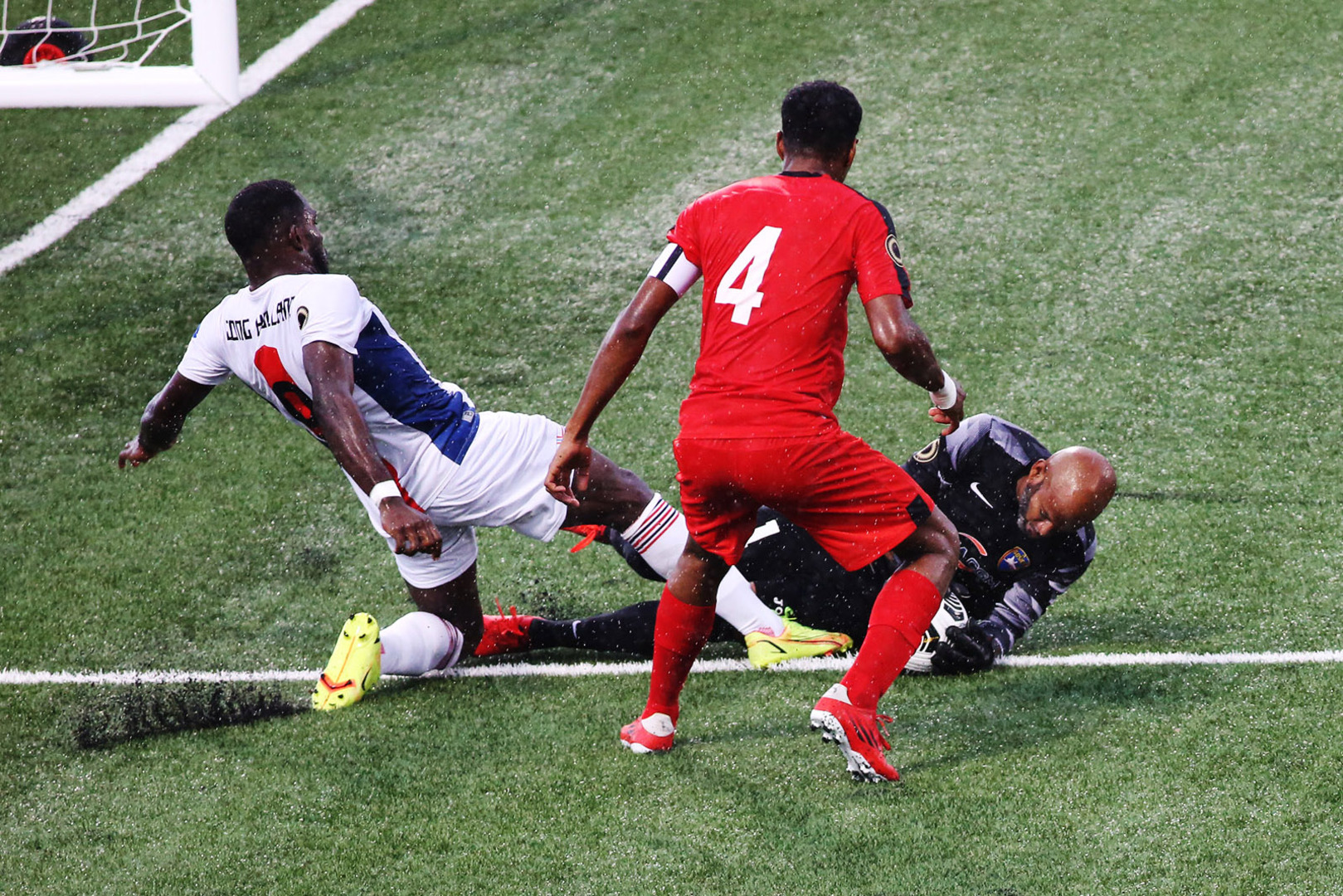 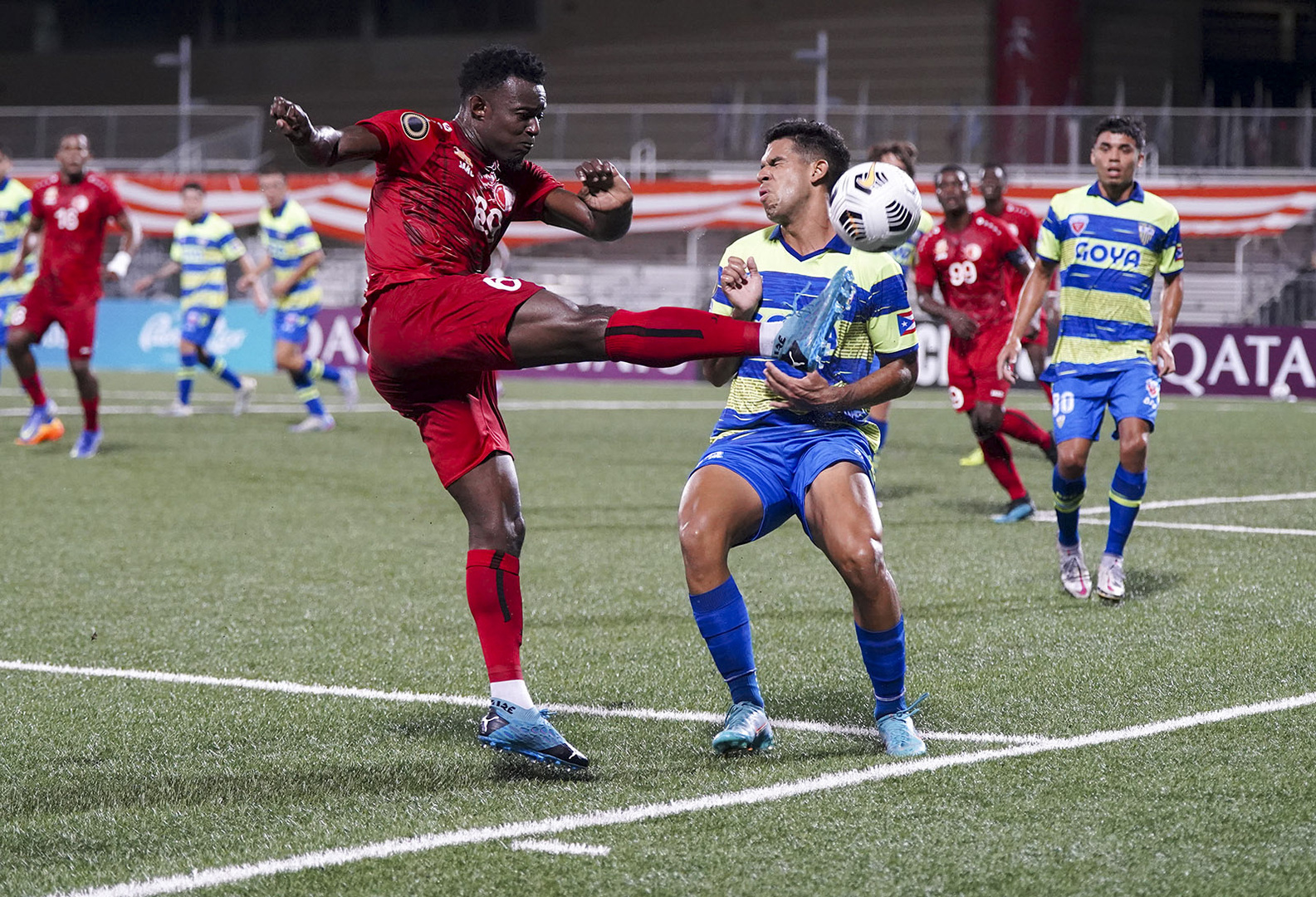 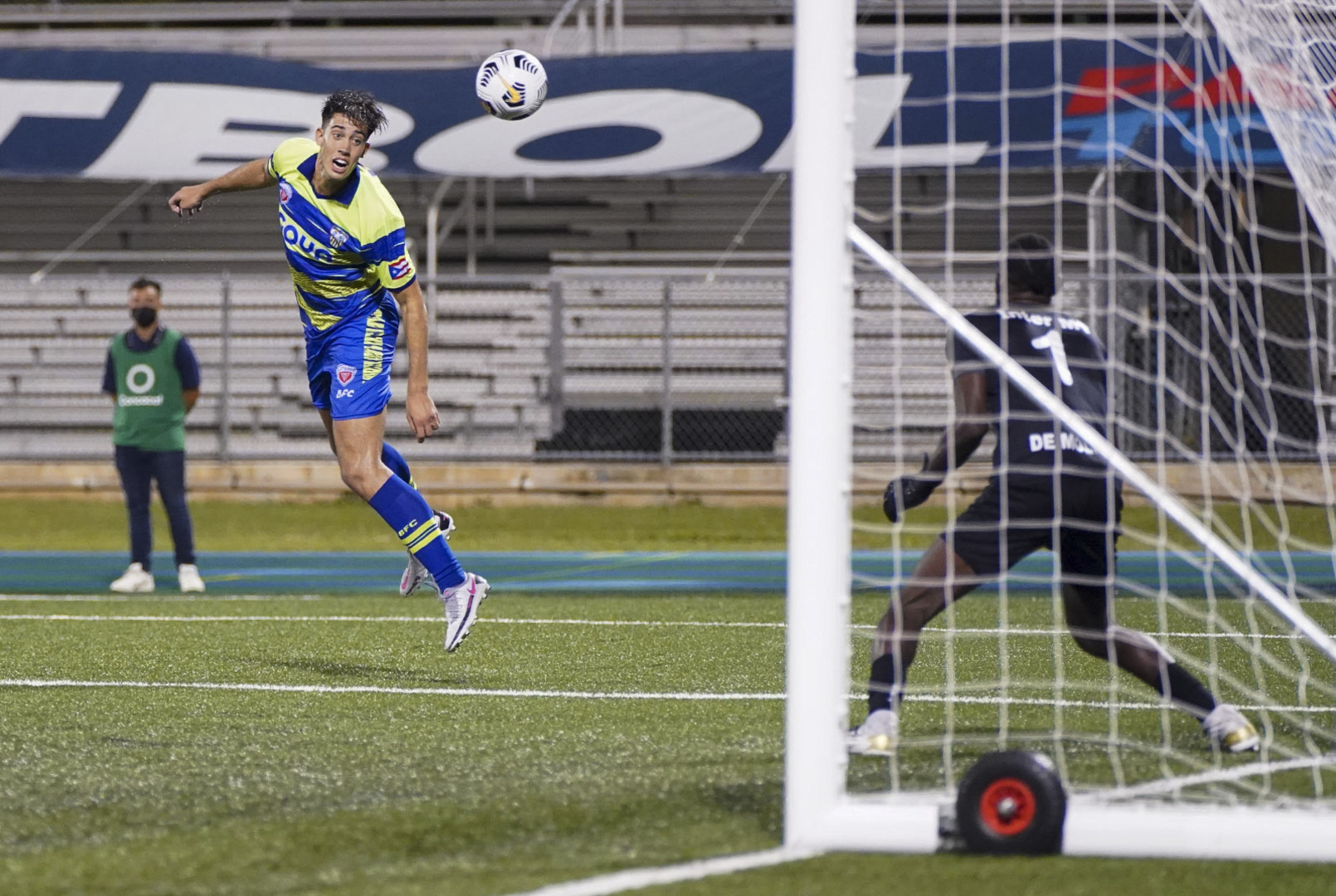 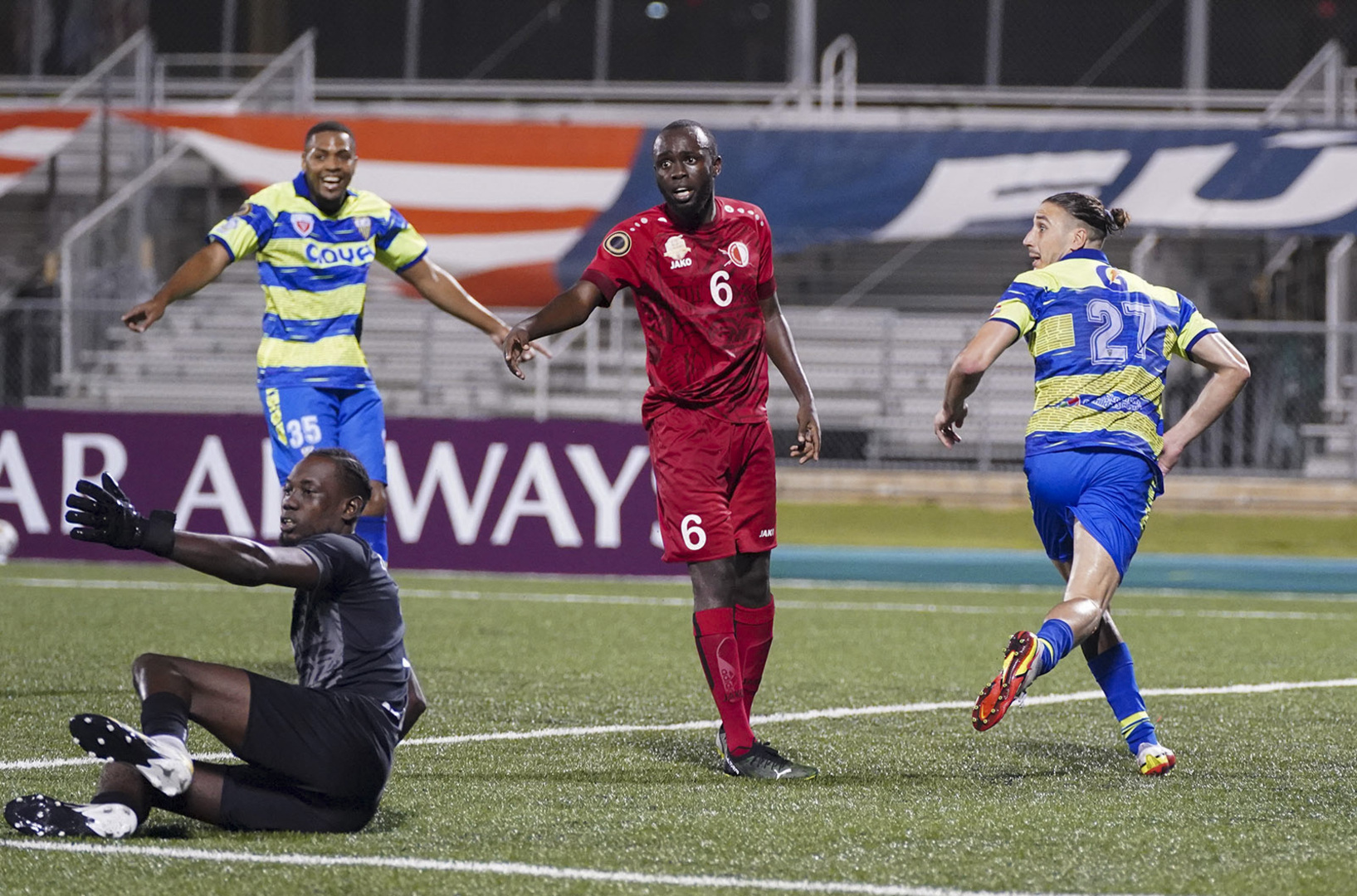 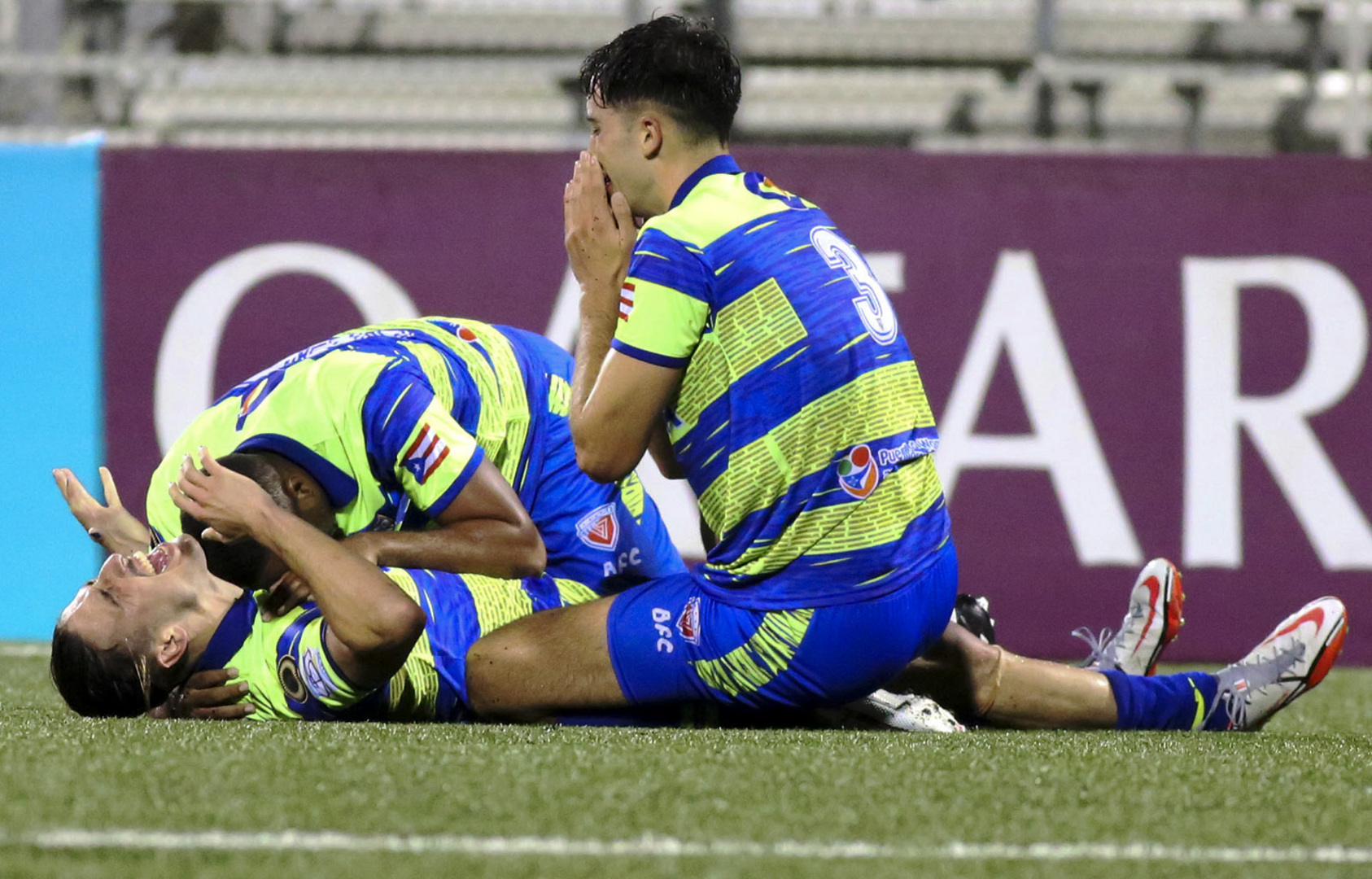 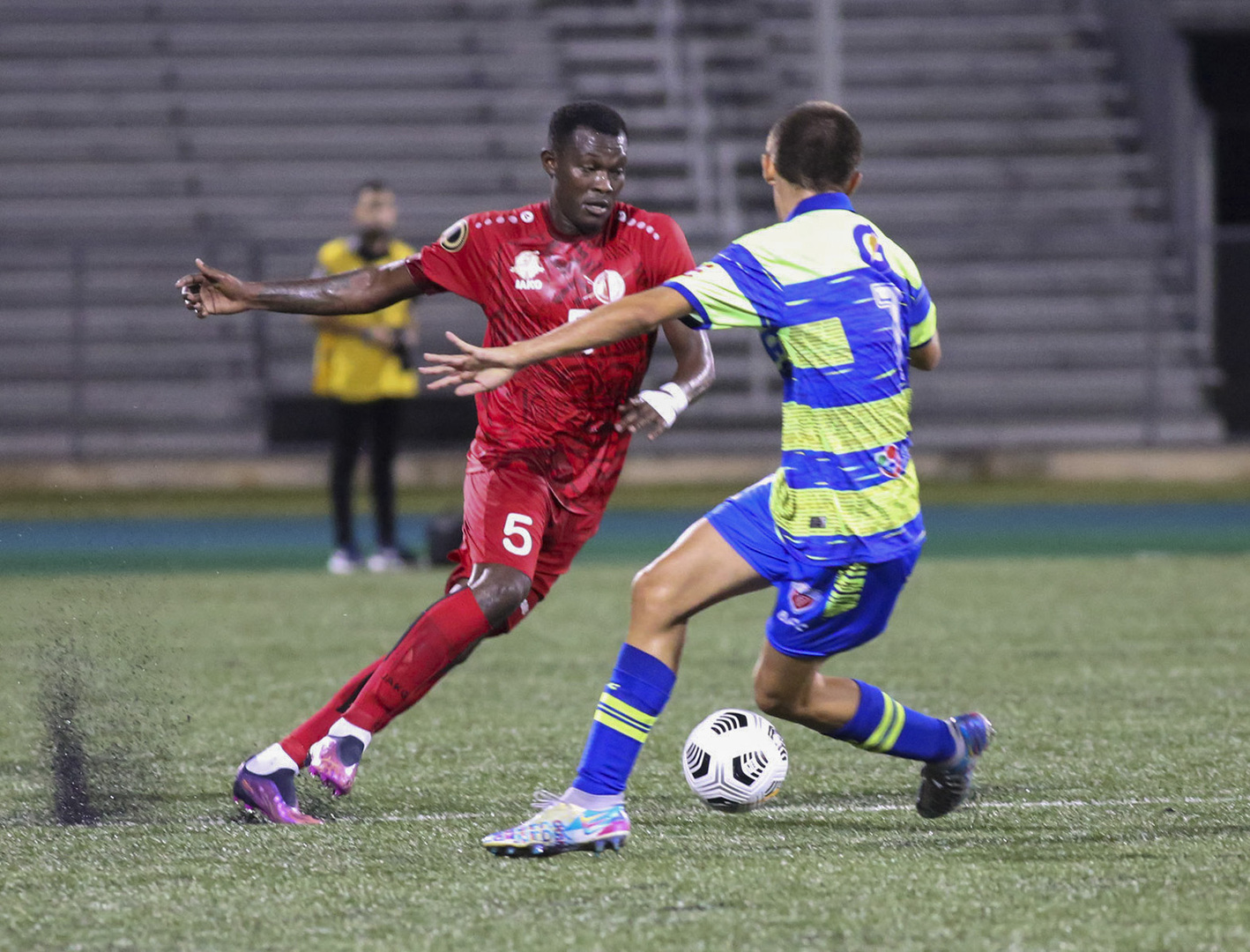