The new one-off two round competition will take place in Santo Domingo, Dominican Republic, from May 15-25, and will feature a total of 15 clubs from 13 Concacaf Caribbean Member Associations.

In today’s draw, the 15 clubs have divided into three groups of four teams, and one group of three teams as follows: 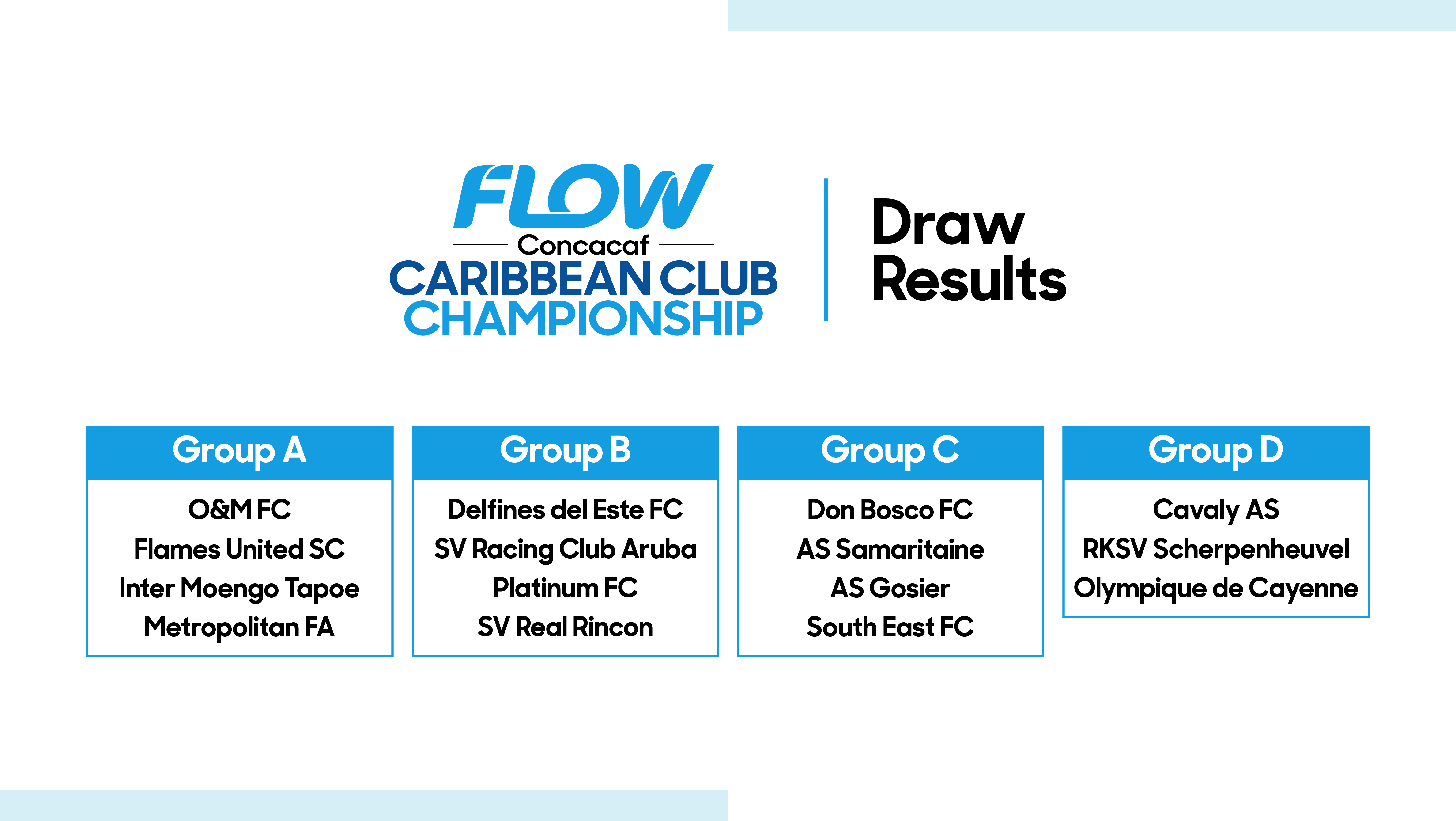 After round-robin play between May 15-20, the first-place teams in each group will advance to the semifinals. The semifinals will take place on May 23, with the winners advancing to the competition’s final on May 25.

The complete schedule is available here.