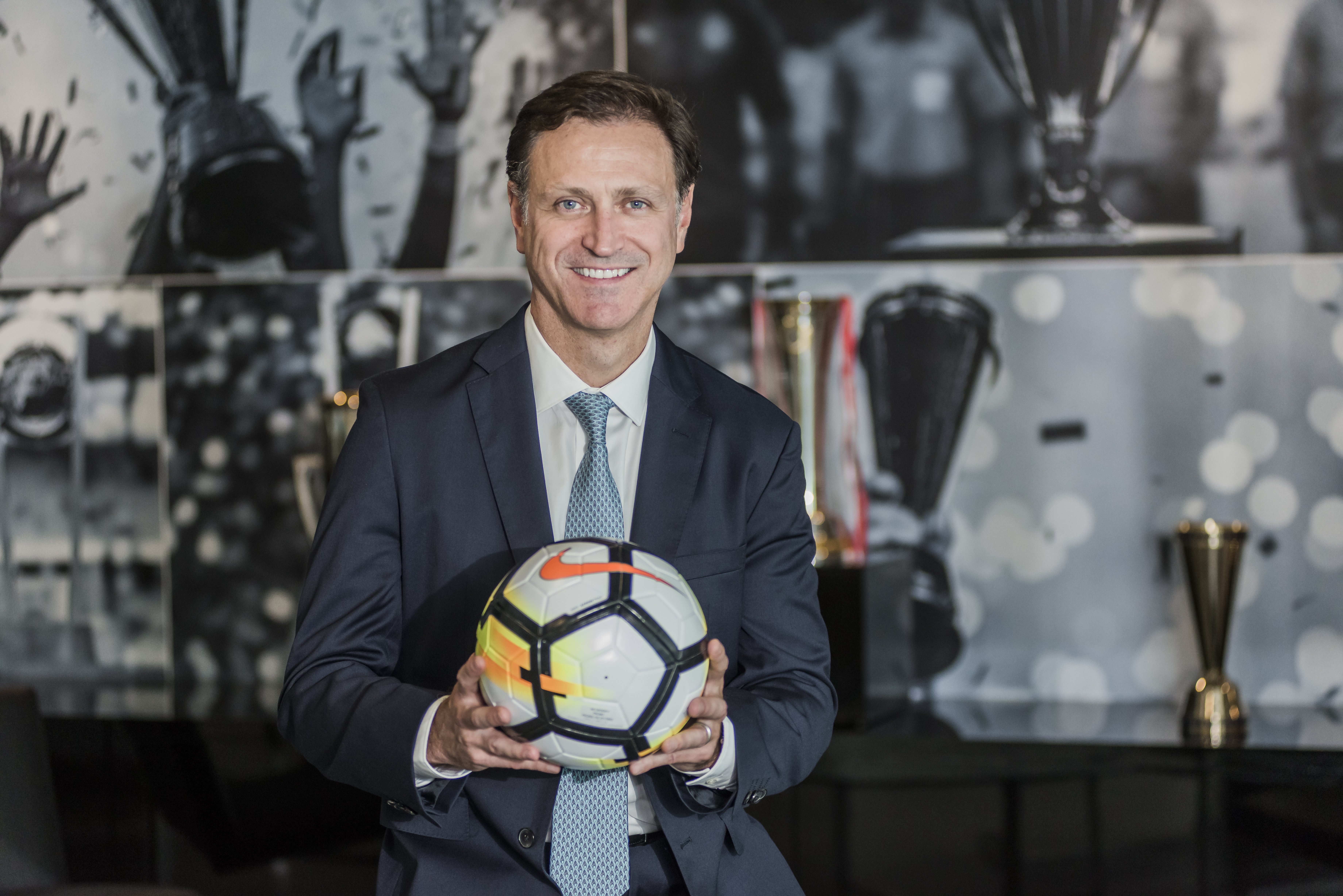 Moggio speaks of the Confederation’s most prestigious club competition

MIAMI, Florida --- The General Secretary of Concacaf Philippe Moggio speaks of the Confederation’s most prestigious club competition with an air of pride and enthusiasm.

The excitement when he speaks about the competition, encapsulates his passion for the fast-growing Scotiabank Concacaf Champions League (SCCL), and all other club tournaments executed by the confederation for that matter.

For many representatives of the participating clubs, the SCCL in particular, brings out a similar feeling of excitement, with a vested interest - its growing popularity and wide-ranging enriching qualities no doubt endearing features.

At last week’s live television draw conducted in the studios of media partner Univision in Miami, Moggio waded through the dynamics of the confederation’s pride and joy and how it is filtering down its magic through the entire club football structure.

“This competition is very important because it is the top club tournament in the region… every club in Concacaf aspires to compete in it as it allows the opportunity to qualify for the FIFA Club World Cup, the opportunity to be Concacaf champion, so there is a lot at stake,” he told concacaf.com after the draw to determine the Round of 16 match-ups.

“We also host the Caribbean Club Championship, plus the Caribbean Club Shield where more amateur teams can compete, obviously pushing to become more professional… so we have developed a system of competitions that we believe will help club competition in the region to advance,” Moggio noted.

Club football build-out, beams the Concacaf General Secretary, represents a key pillar of President Victor Montagliani’s ONE Concacaf Vision, and a main driver for development starting from the amateur ranks to the pinnacle of the professional realms.

“When we talk about football development, which is our mandate, the club system is at the heart of that, so if we develop the right club structures in the region, helping the leagues in the territory to become more professional with best practices, the right club licensing enhancement to ensure that we are one pushing, but also incentivizing for each of these clubs to get better, this will grow the sport and talent across the region,” he noted.

Moggio says the confederation’s investment in the SCCL, in collaboration with key partners, is a strong statement in the belief of its potential to grow and become one of the best club competitions in the world.

He said the figures and sponsors’ satisfaction speak for themselves.

“We are always looking at the competition and how we can enhance it… we had tremendous success in the Champions League last season where we broke attendance figures, where we broke audience figures, we had great feedback and support from our broadcast and commercial partners and we were able to renew our partnership with our strategic partner Scotiabank. We see all this as a success,” said Moggio.

“We have 16 teams and every game is going to be tough despite how it lands and we have seen some great match-ups from the beginning, it’s pretty balanced in terms of the Mexican teams, U.S. teams, but we can’t write off the Central American teams, or the team from the Caribbean. It’s great that they got to this competition and they could put pressure on the top teams,” Moggio concluded.