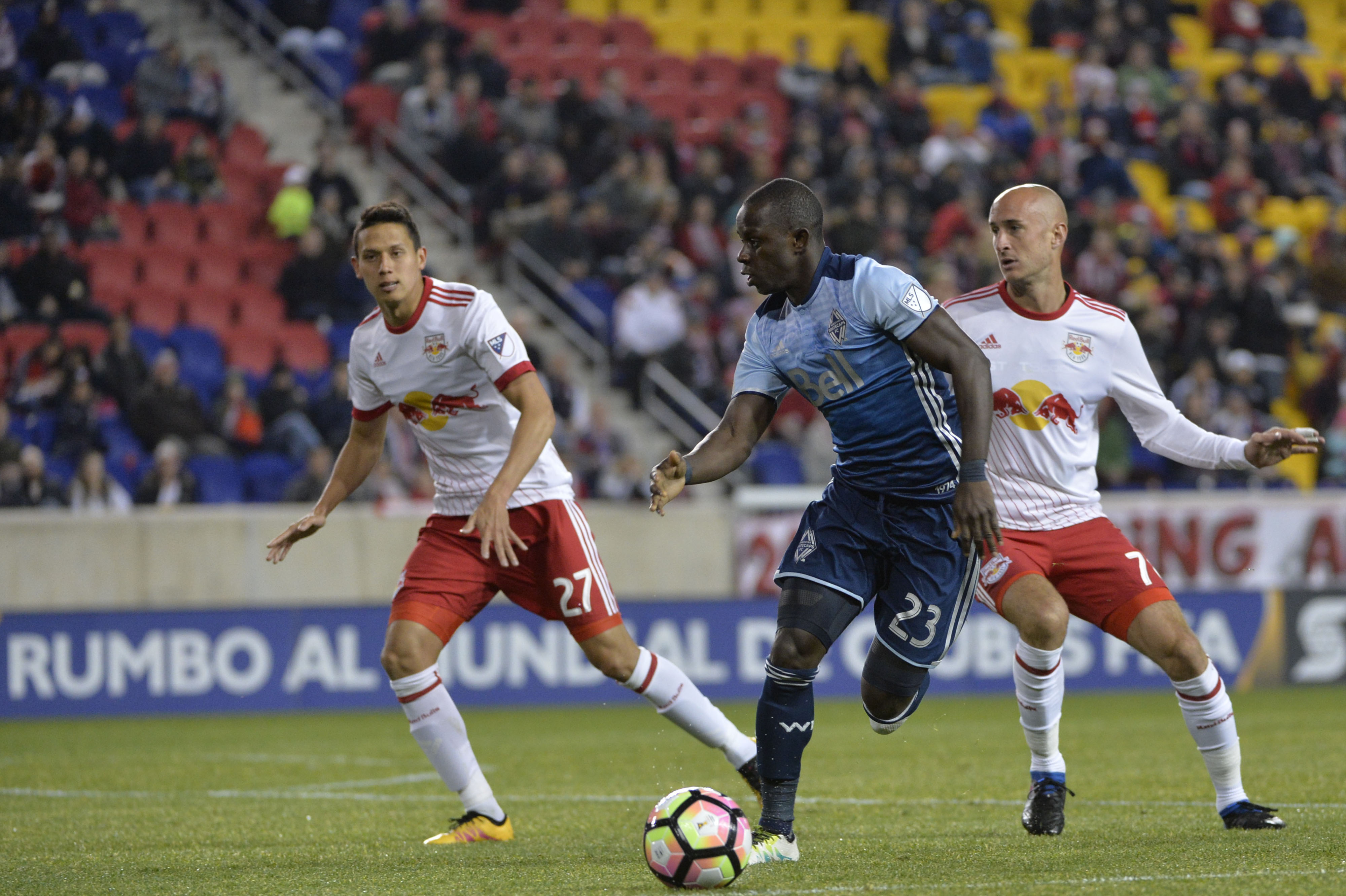 The 2016-17 quarterfinals was the setting of a rare all-MLS battle between the Vancouver Whitecaps and the New York Red Bulls.

It was the first time since the 2011-12 edition when Toronto FC and the Los Angeles Galaxy squared off in the final eight that two teams from MLS met in a SCCL knockout round series.

The Whitecaps had earned a spot in the quarterfinals thanks to a commanding performance in the group stage in which they finished atop a group consisting of Sporting Kansas City and Trinidad and Tobago’s Central FC with a 4W-0D-0L record.

Meanwhile, the Red Bulls had advanced to the knockout round thanks to a first-place finish in a group that saw them register a 2W-2D-0L record against El Salvador’s Alianza and Antigua GFC of Guatemala.

The two teams would meet in a key first leg tie on February 22, 2017 at Red Bull Arena in Harrison, New Jersey and after an early chance from FW Cristian Techera, Vancouver would score a big away goal in the 38’ to take a 1-0 lead.

A corner kick was curled in and headed by DF Kendall Waston, with FW Kekuta Manneh latching onto it with a header, redirecting the ball into the net for the score.

The Red Bulls were keen to battle back in the second half and had a golden opportunity to do so through Sacha Kljestan at the penalty spot after Daniel Royer was fouled in the area, but Whitecaps GK David Ousted came up with a massive stop to maintain Vancouver’s advantage.

New York kept at it and would get the equalizer in the 62’ through an excellent right-footed finish from Bradley Wright-Phillips to make it a 1-1 contest.

In the end, though, the Whitecaps defense would hold on and secure a very positive result to take home to Vancouver for the second leg.