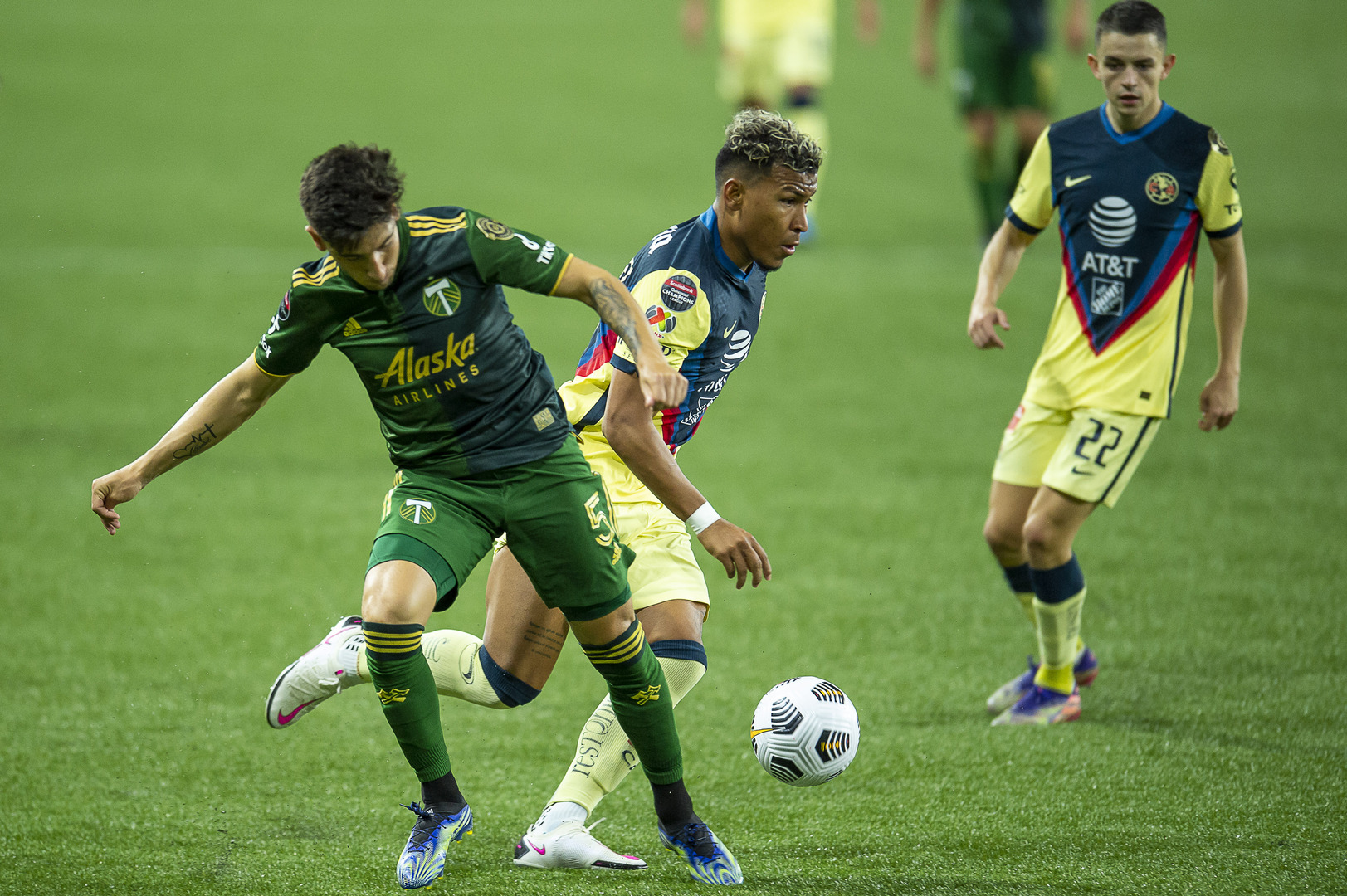 Claudio Bravo (left) of Portland Timbers and Roger Martinez of Club America battle for possession in the first leg of the Scotiabank Concacaf Champions League quarterfinal on April 28, 2021, at Providence Park in Portland, Oregon.

PORTLAND, Oregon - Felipe Mora scored in the final seconds to earn the Portland Timbers a 1-1 draw with Mexican giants Club America in the first leg of the 2021 Scotiabank Concacaf Champions League quarterfinals on Wednesday night at Providence Park in Portland, Oregon.

The match started with great pace and Martinez had the first good crack at goal with a right-footed shot in the 23’ that Portland GK Jeff Attinella managed to push wide.

While Portland certainly brought energy to their attack, they were held in check by a stout Club America defense during the first 45 minutes.

It looked like the teams would head to the halftime locker rooms scoreless, but a foul on Richard Sanchez in the corner of the Portland area resulted in a penalty kick for the visitors, and Martinez calmly slotted in from the spot to hand the seven-time Concacaf champions a 1-0 lead.

The Timbers sought a response and Dairon Asprilla nearly created a goal in the 50’ by spinning through three defenders and curling a shot that glanced off the post and out.

The chances kept coming for Portland, first a Yimmi Chara left-footed volley that bounced wide, followed by a Larrys Mabiala header off a corner kick that flashed wide.

It looked as if veteran GK Guillermo Ochoa and the Club America defense were going to see out things out for the victory, but a handball deep into second half stoppage time resulted in a penalty for Portland, and Mora coolly converted from the spot in the 90+7’ to complete the 1-1 scoreline.

Mora scores from the penalty spot in the last minute of the game. | #SCCL21 pic.twitter.com/JcQ6HeQDcm 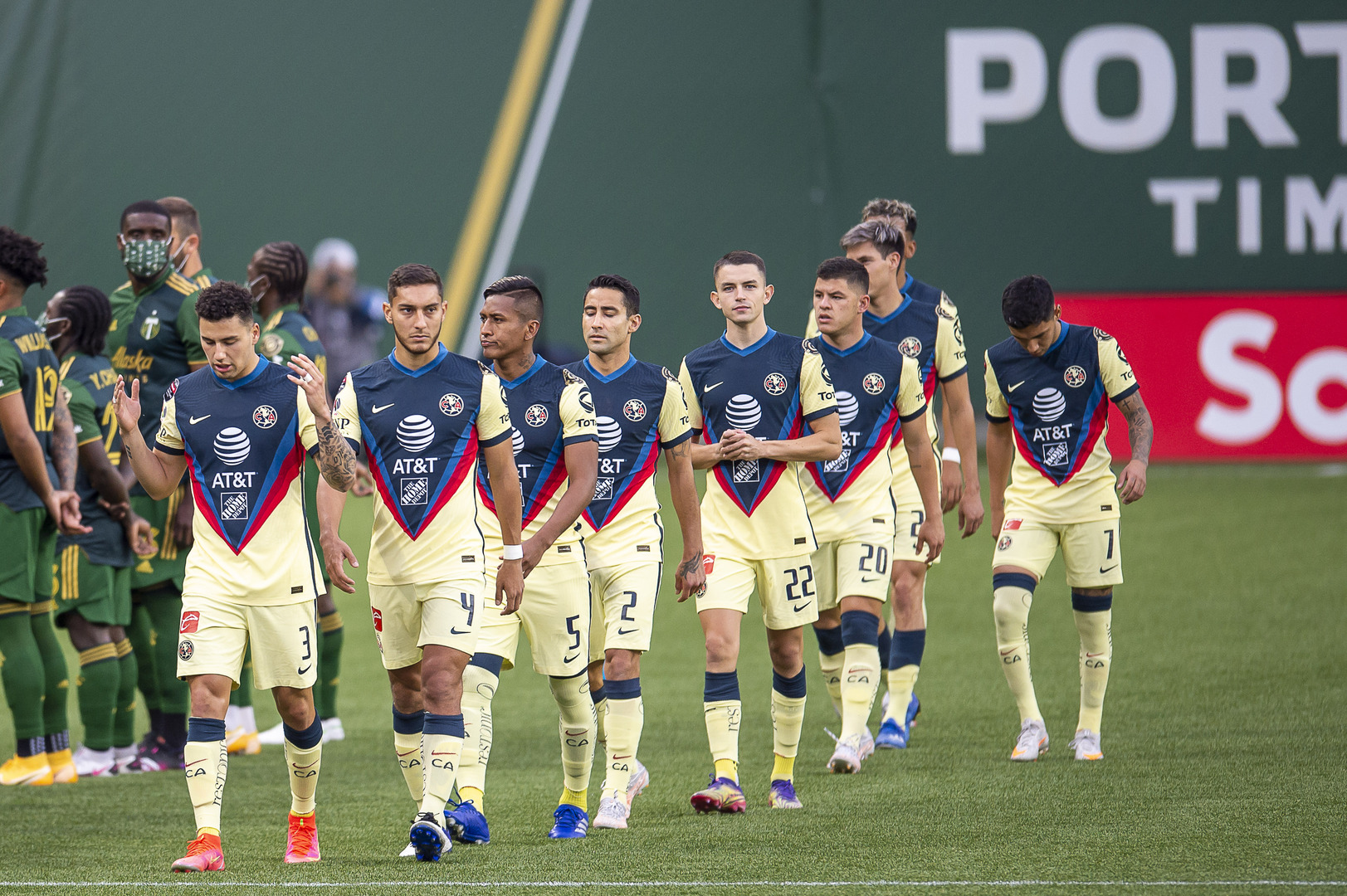 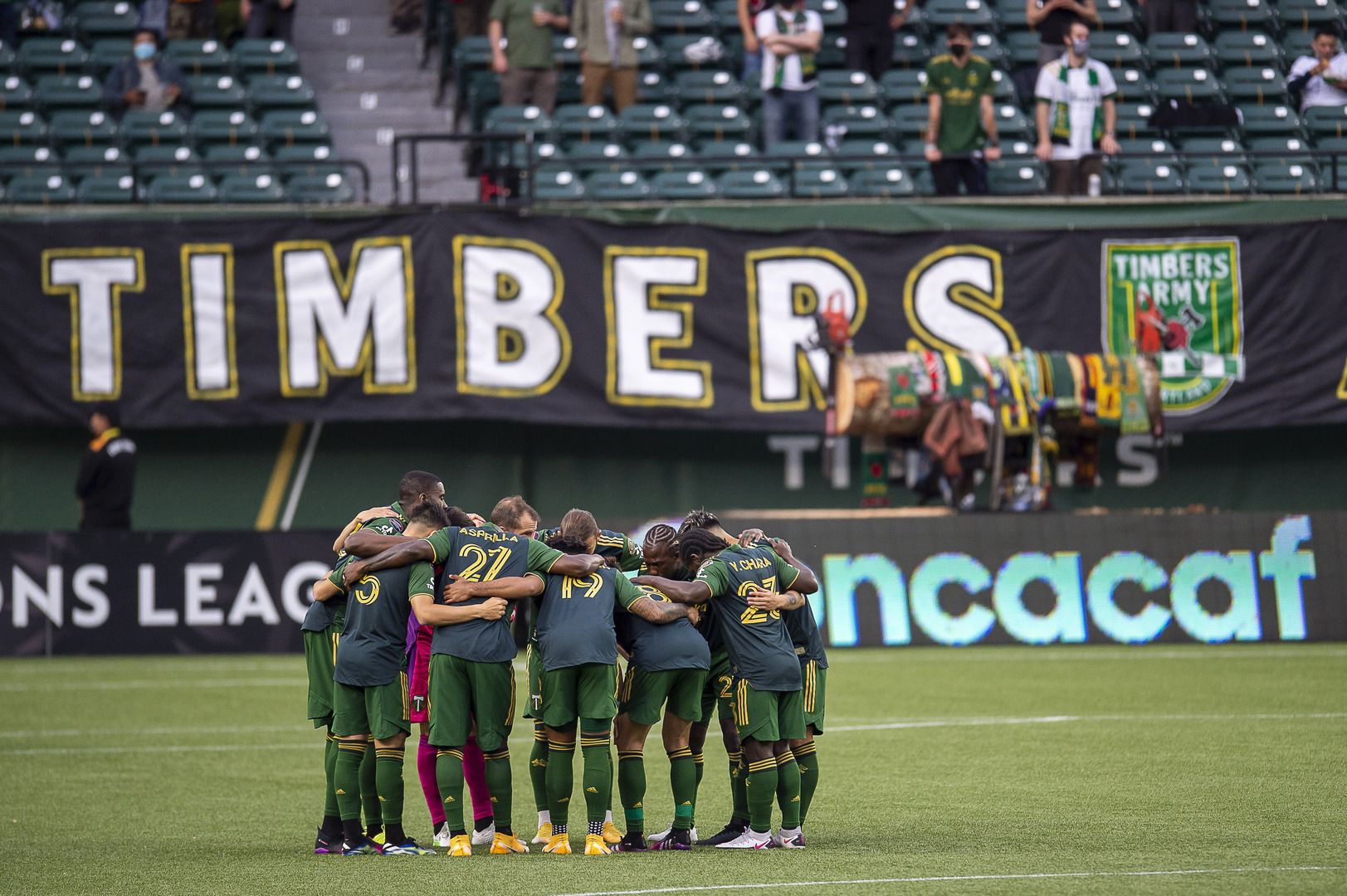 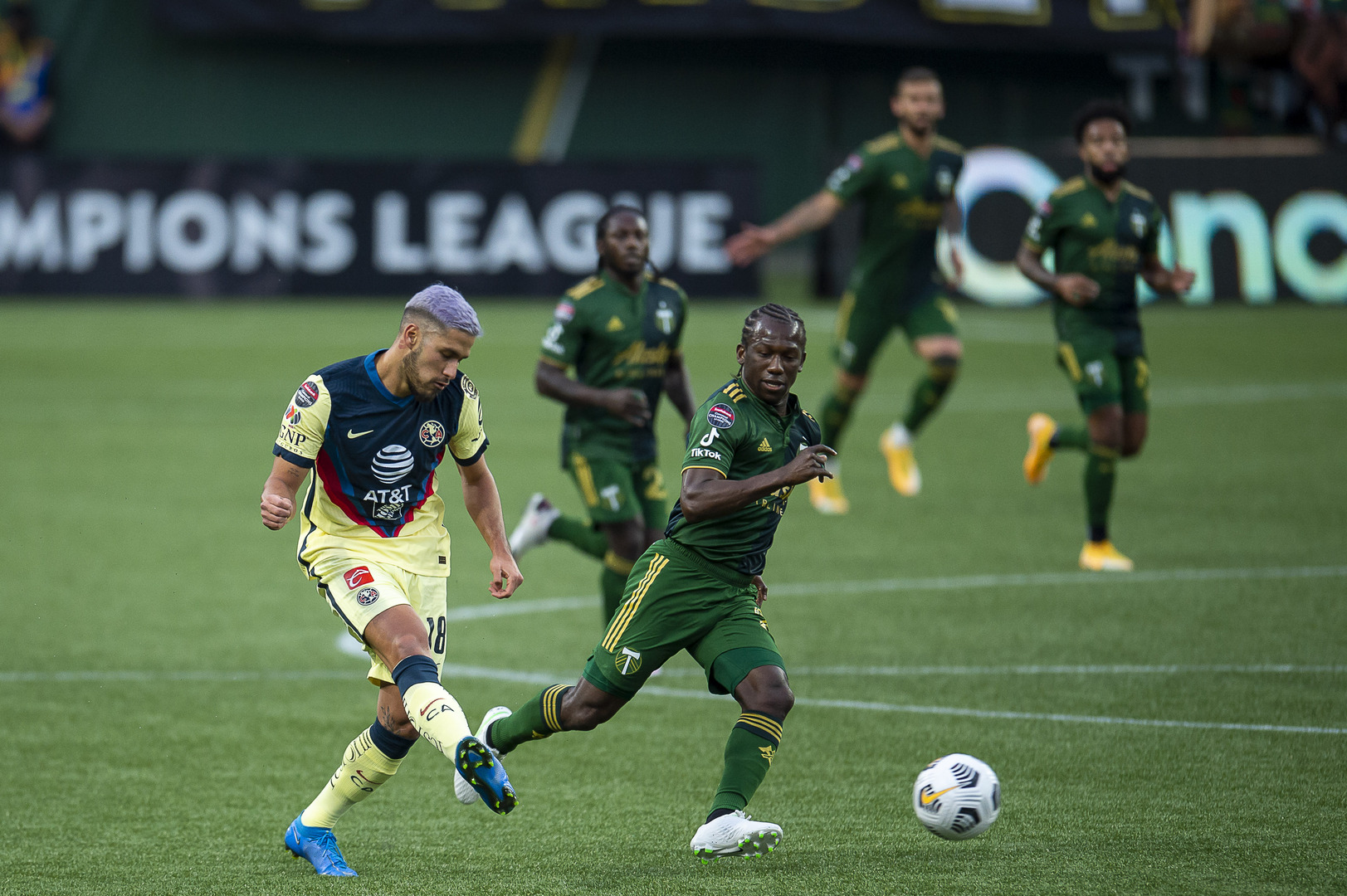 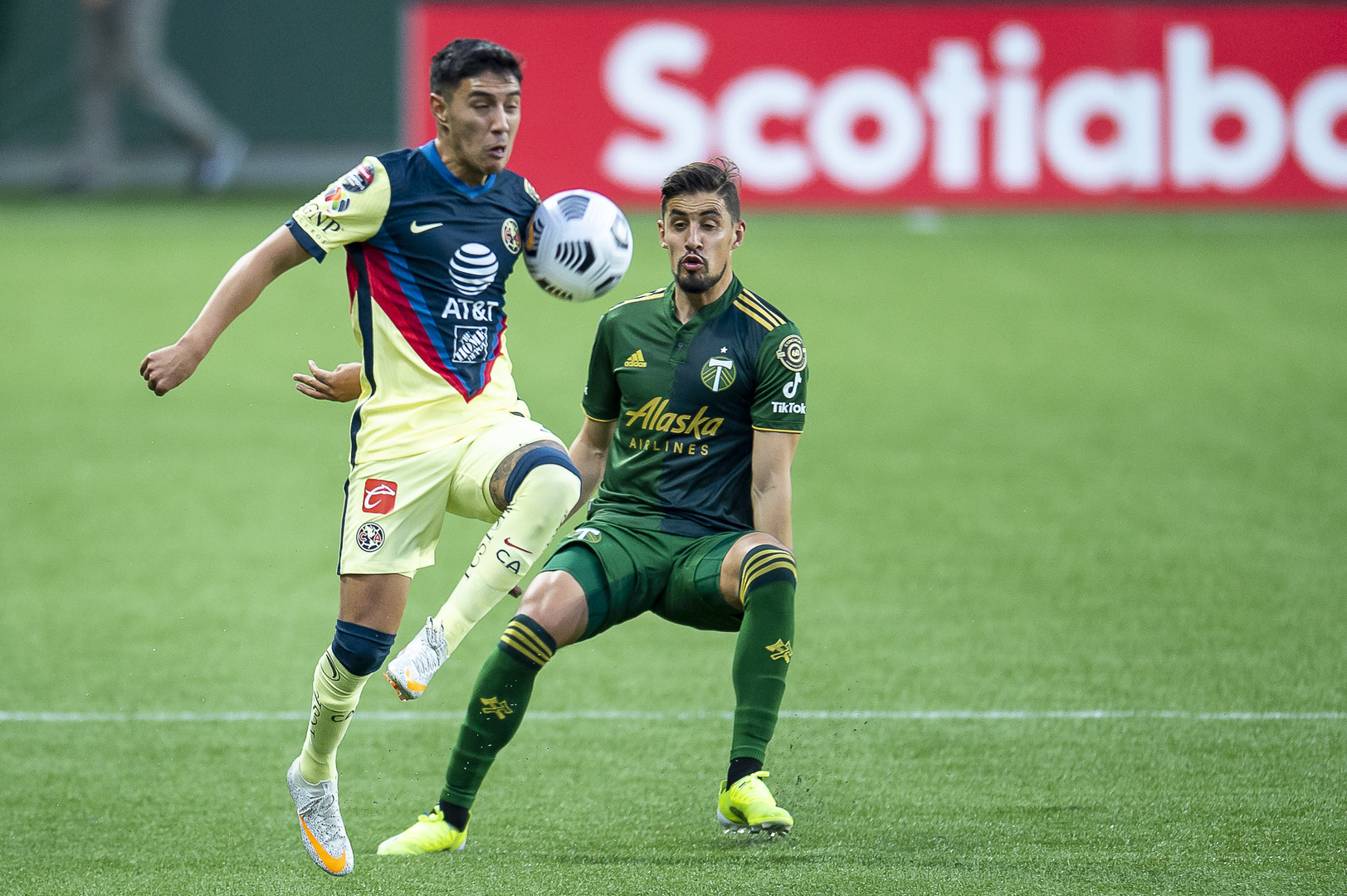 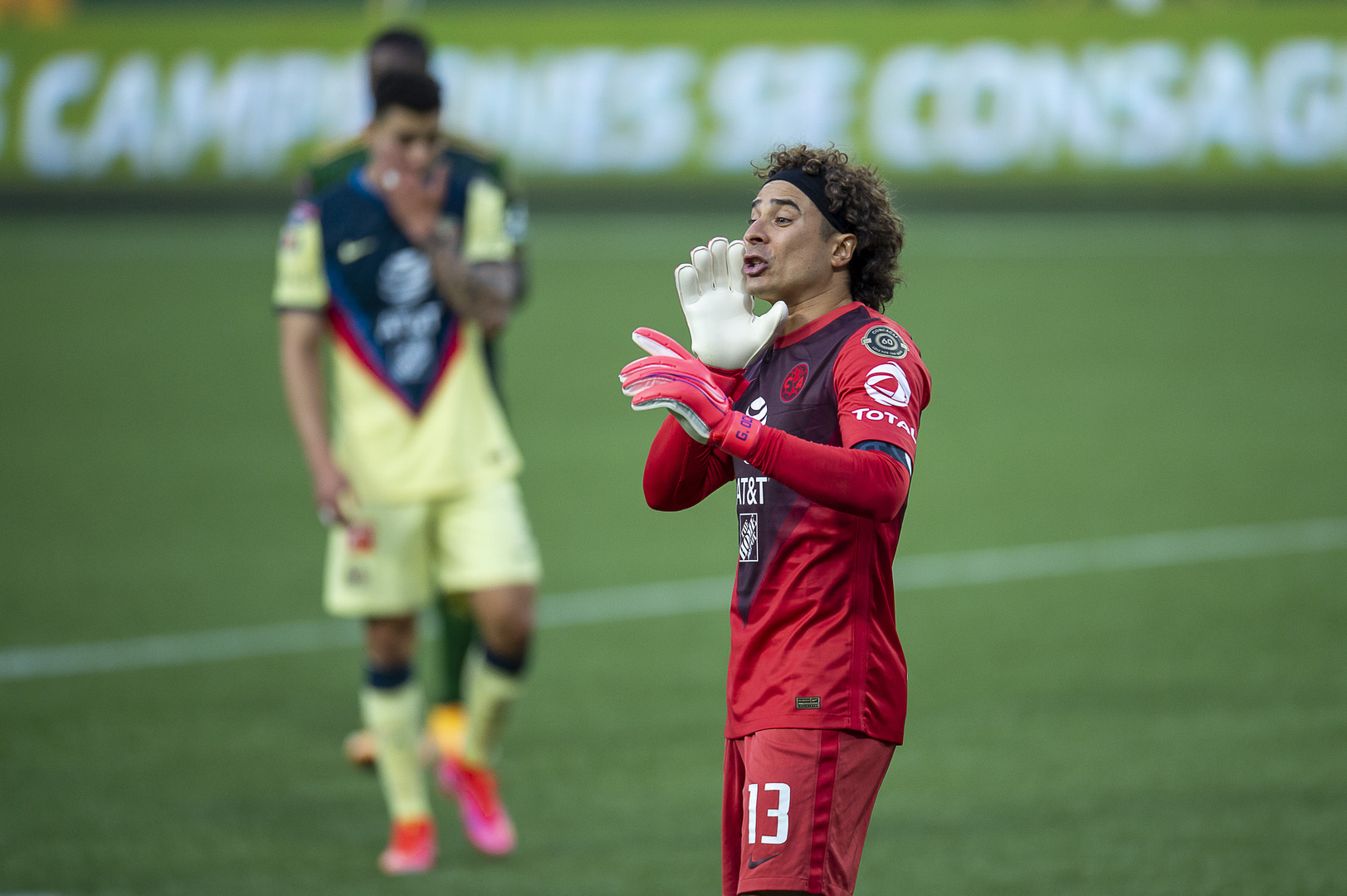 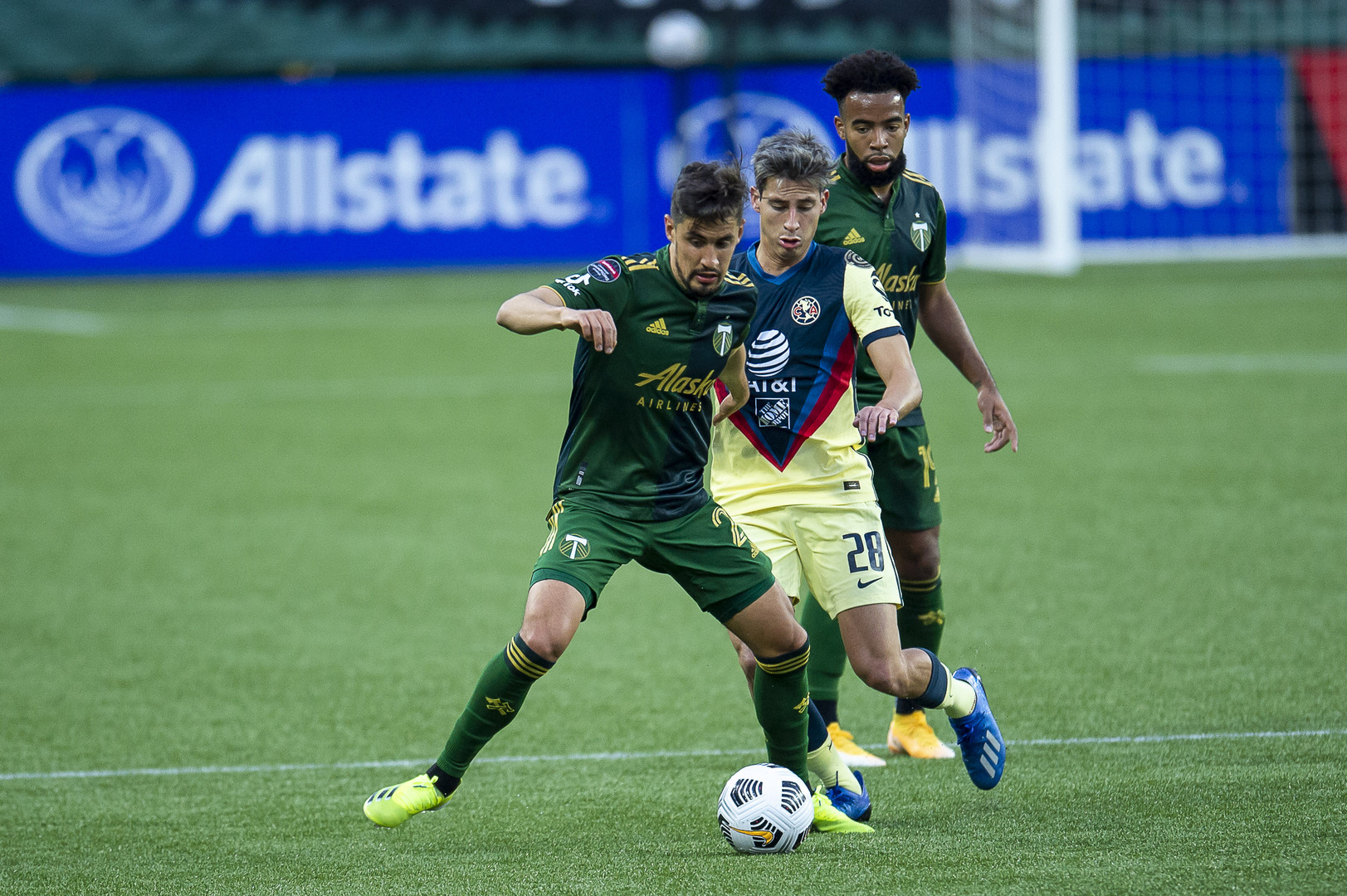 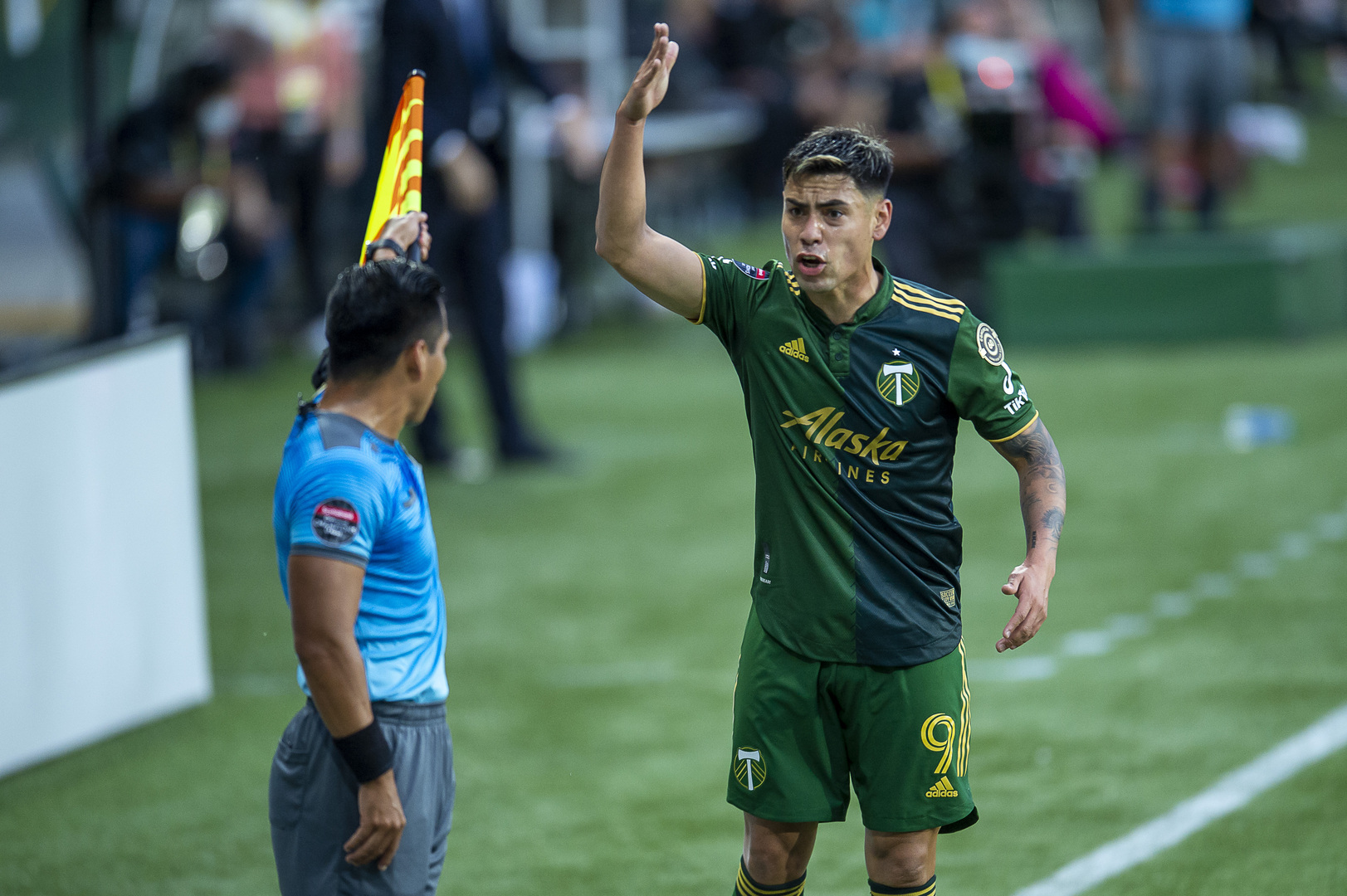 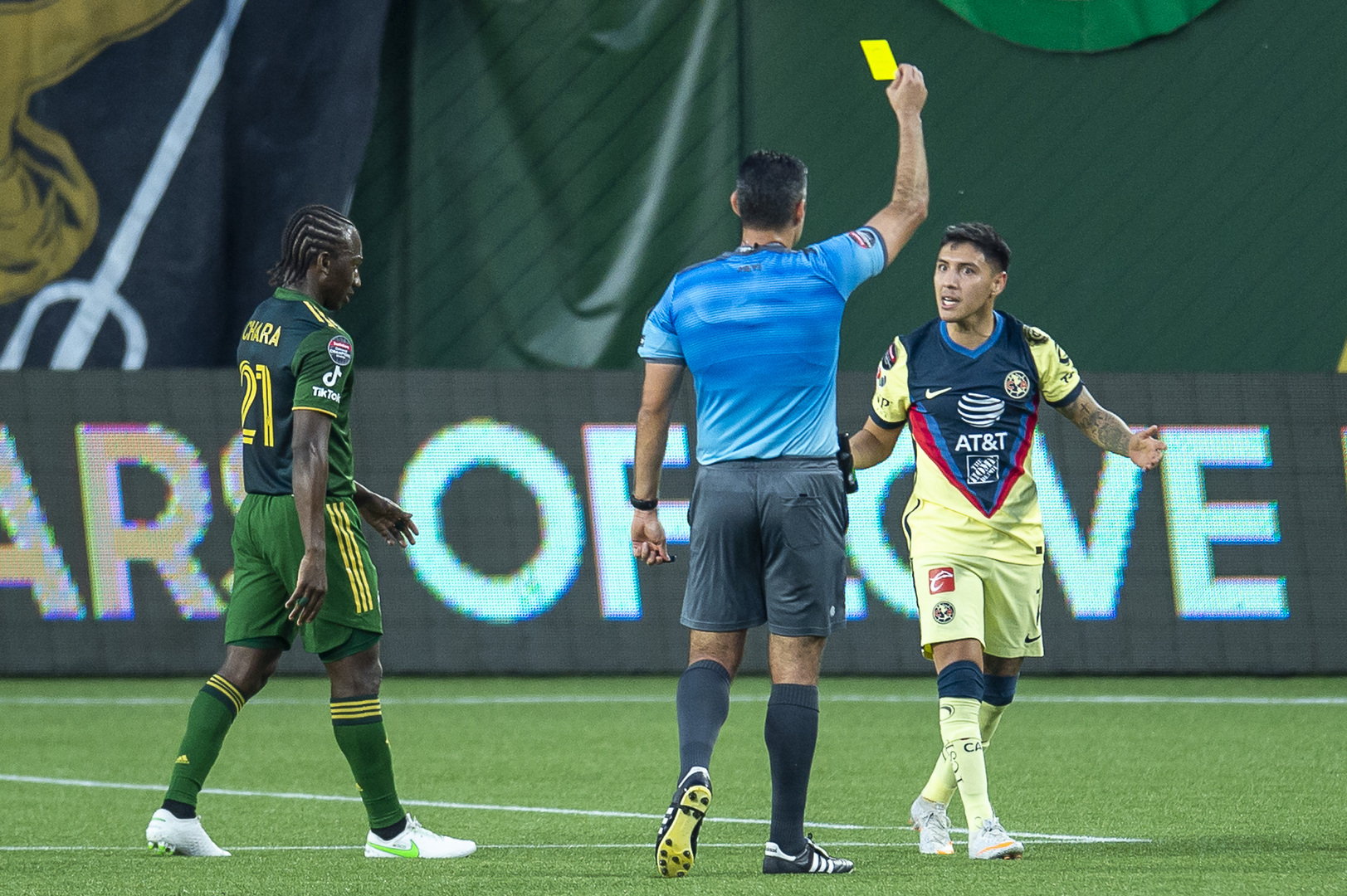 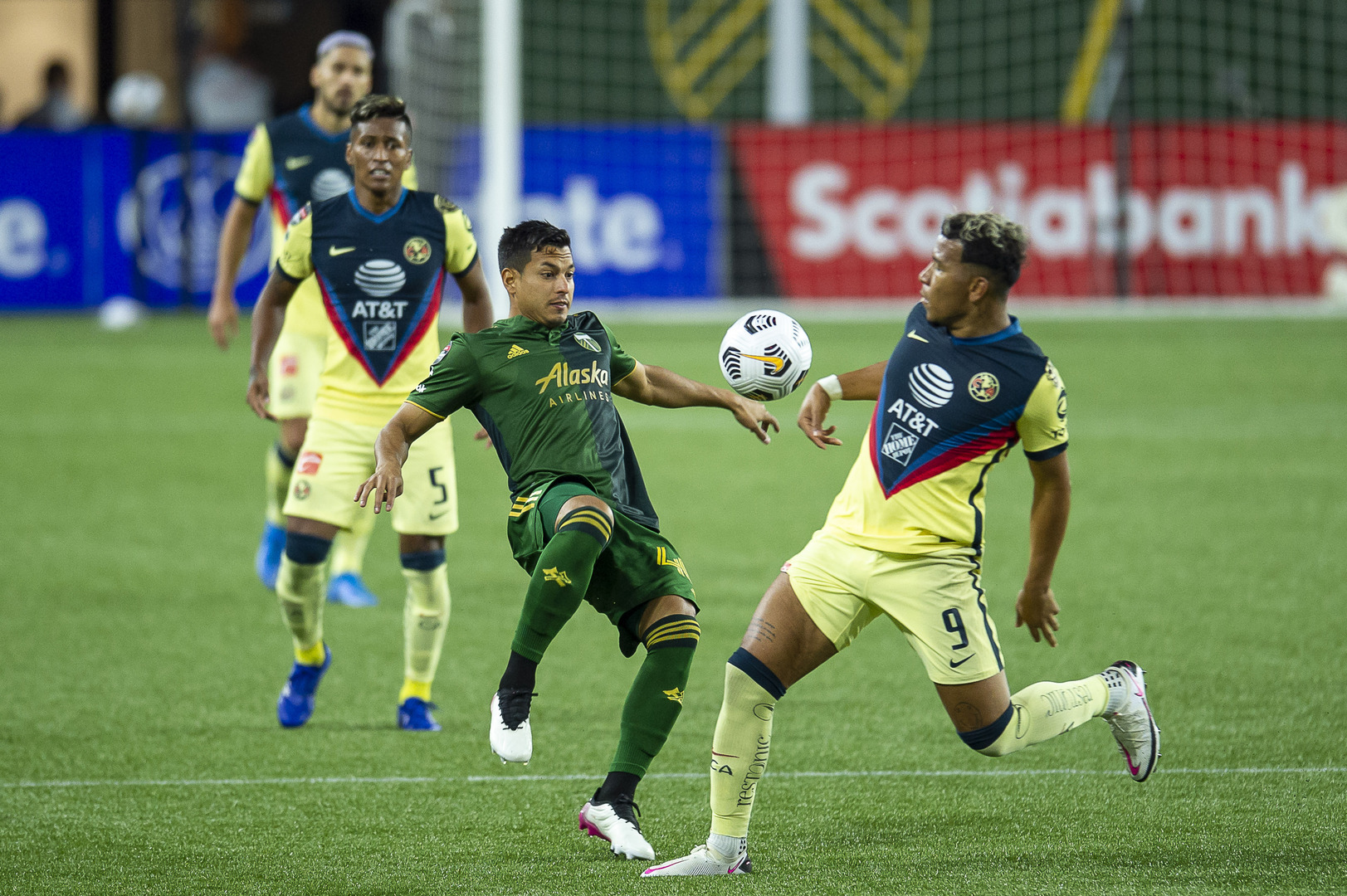 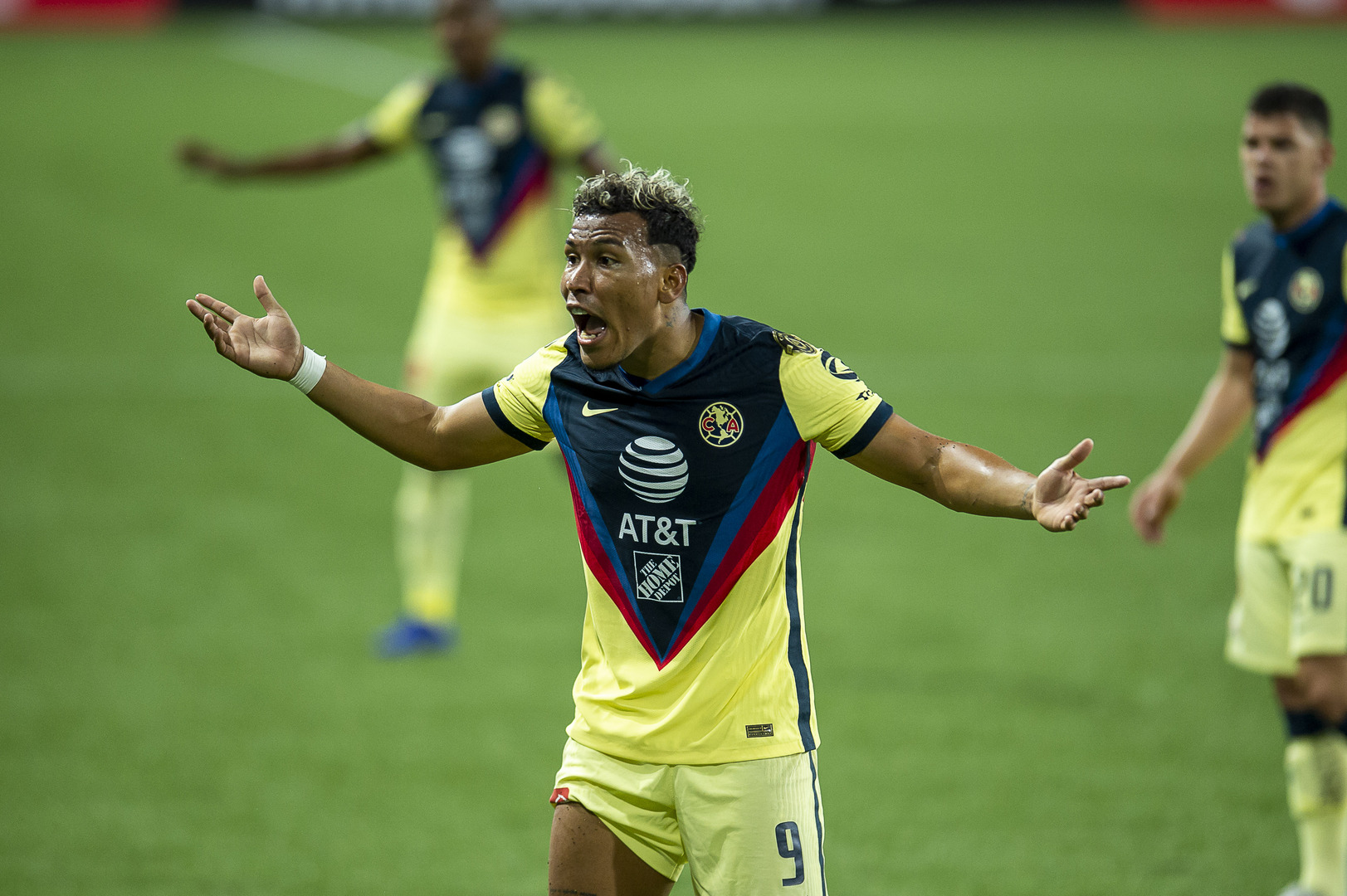 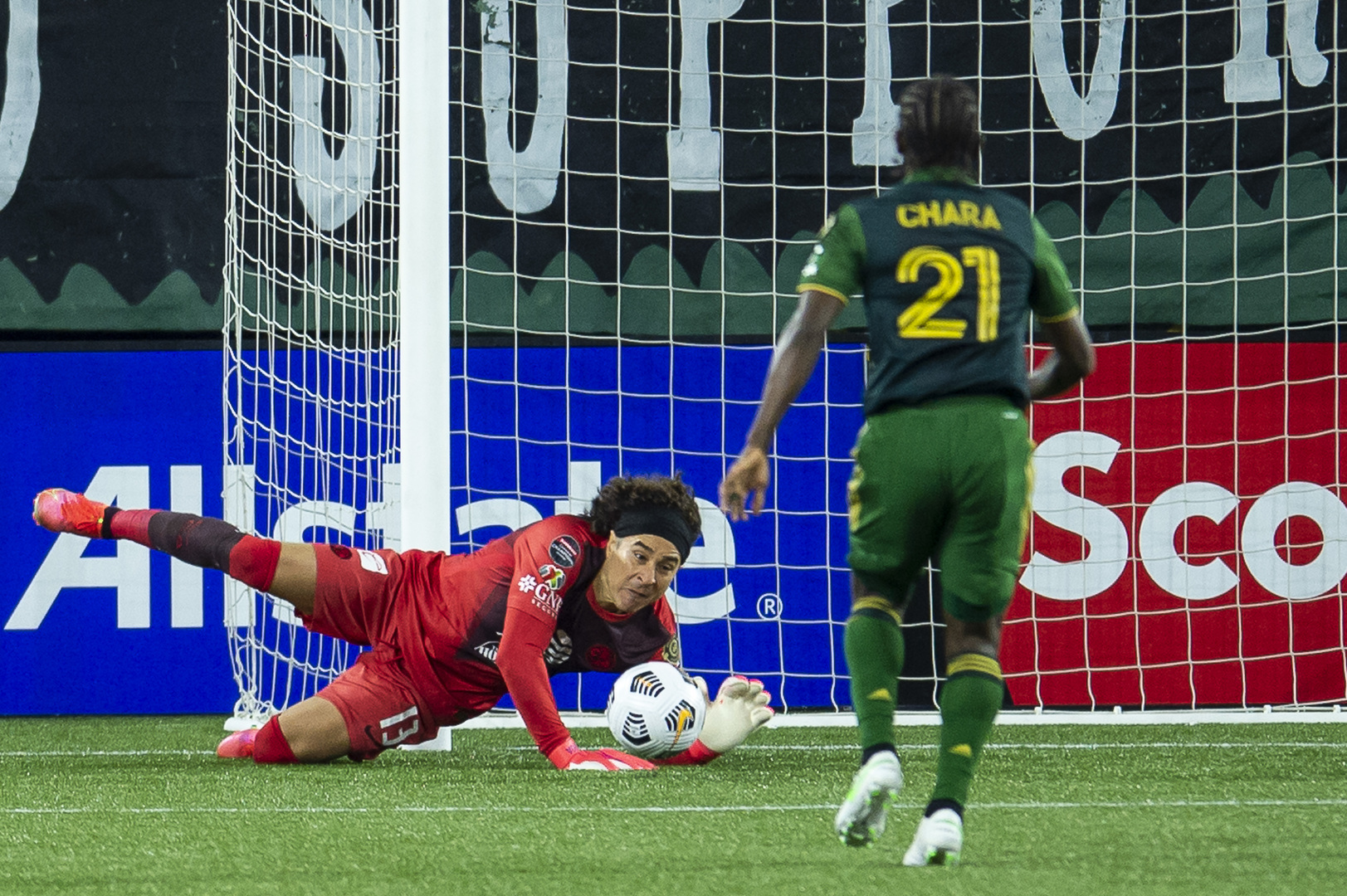 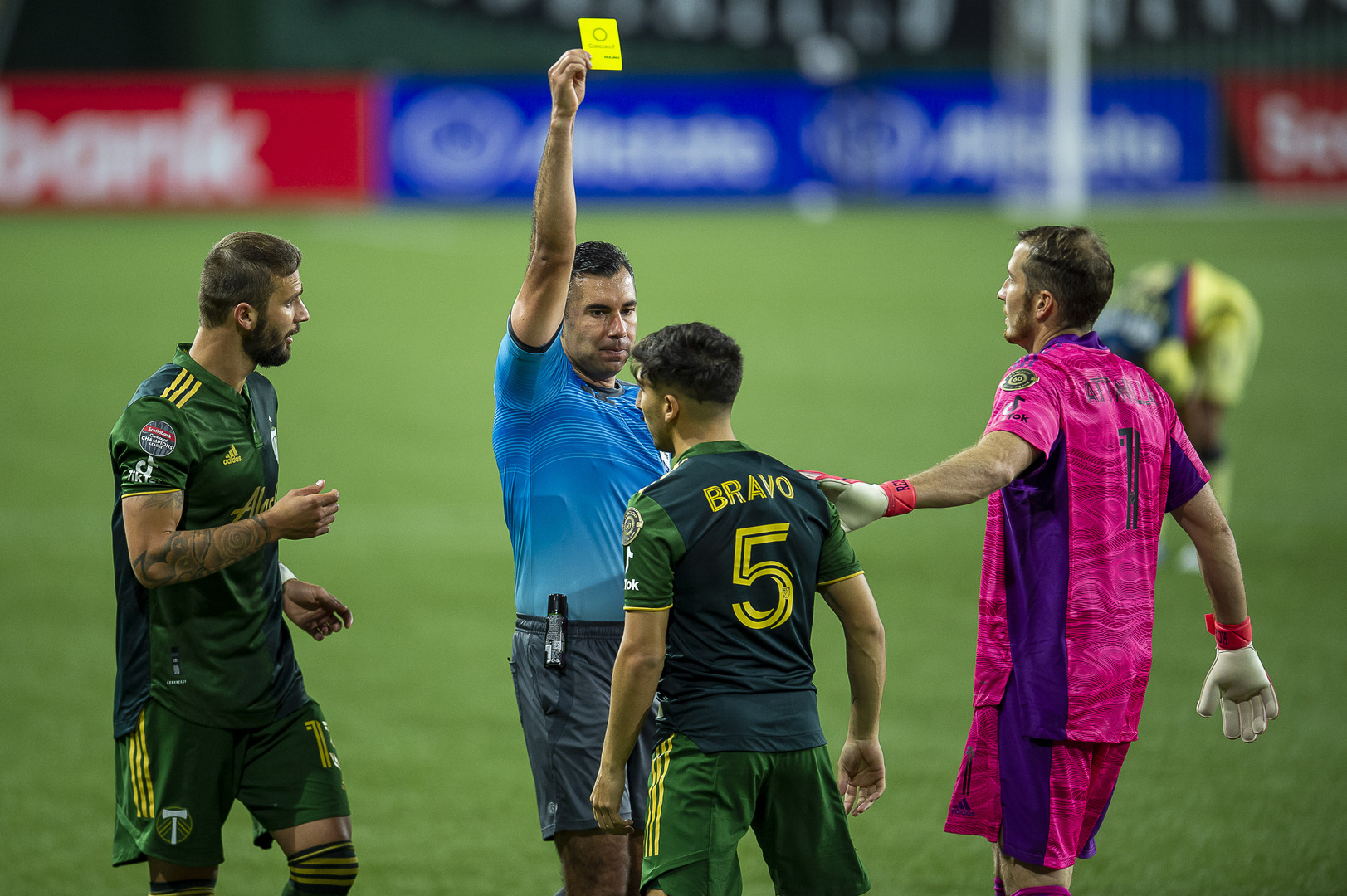