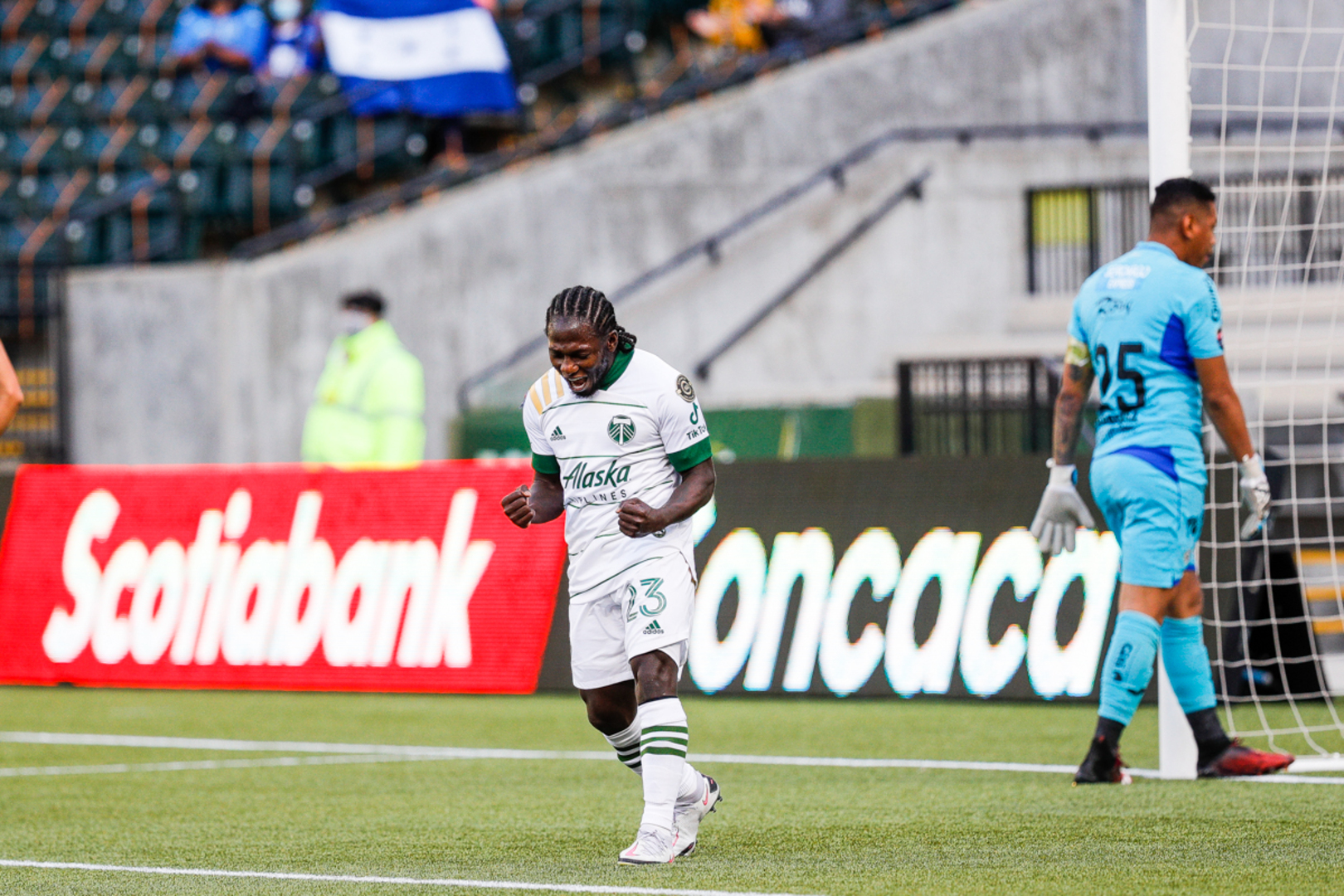 Yimmi Chara scored a hat trick to help power the Portland Timbers to a victory over Marathon of Honduras in the second leg of the 2021 Scotiabank Concacaf Champions League Round of 16 on April 13 2021, at Providence Park in Portland, Oregon.

PORTLAND, Oregon– Yimmi Chara scored a hat trick to help power the Portland Timbers to a 5-0 victory over Marathon of Honduras in the second leg of the 2021 Scotiabank Concacaf Champions League Round of 16 on Tuesday night at Providence Park in Portland, Oregon.

The victory earned Portland a 7-2 win on aggregate and a place in the SCCL quarterfinals for the first time in club history.

Portland enjoyed a solid start and grabbed a 1-0 lead in the 19’ when Chara finished off a counterattack with a strong right-footed finish.

A trait that Marathon had in the first leg was answering Portland’s goals and Brayan Castillo nearly did just that two minutes later, but sprayed a right-footed shot wide.

Back came the Timbers and Felipe Mora looked set to double the lead in the 34’, but a sensational save from Marathon GK Denovan Torres kept it a one-goal affair.

Two minutes later, though, there was nothing Torres could do to stop Chara from notching his second of the night, as the Colombian swept in a left-footed shot to make it 2-0.

Marathon hung tough, though, and in the final minutes of the half the visitors had two good chances to pull back, including a shot that had to be cleared off the goal-line by Portland DF Dario Zuparic.

Portland continued with the pressure in the second half and their persistence would pay off with an excellent right-footed shot from Diego Valeri in the 66’ to stretch the advantage to 3-0.

The Timbers were keen to add on some late insurance and Chara completed his hat trick in the 79’ to make it 4-0, before Marvin Loria rounded out the 5-0 scoreline with a goal in the 89’. 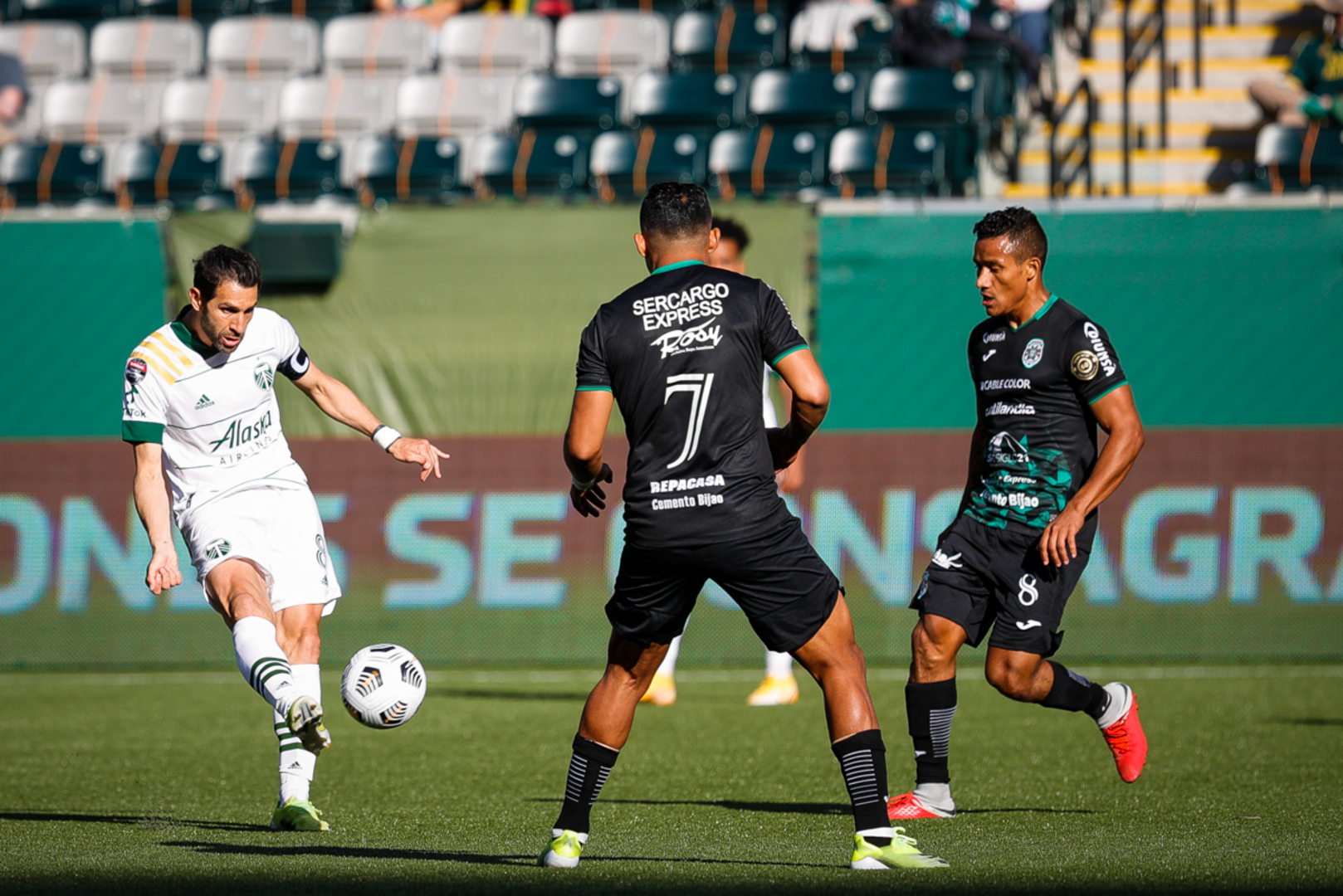 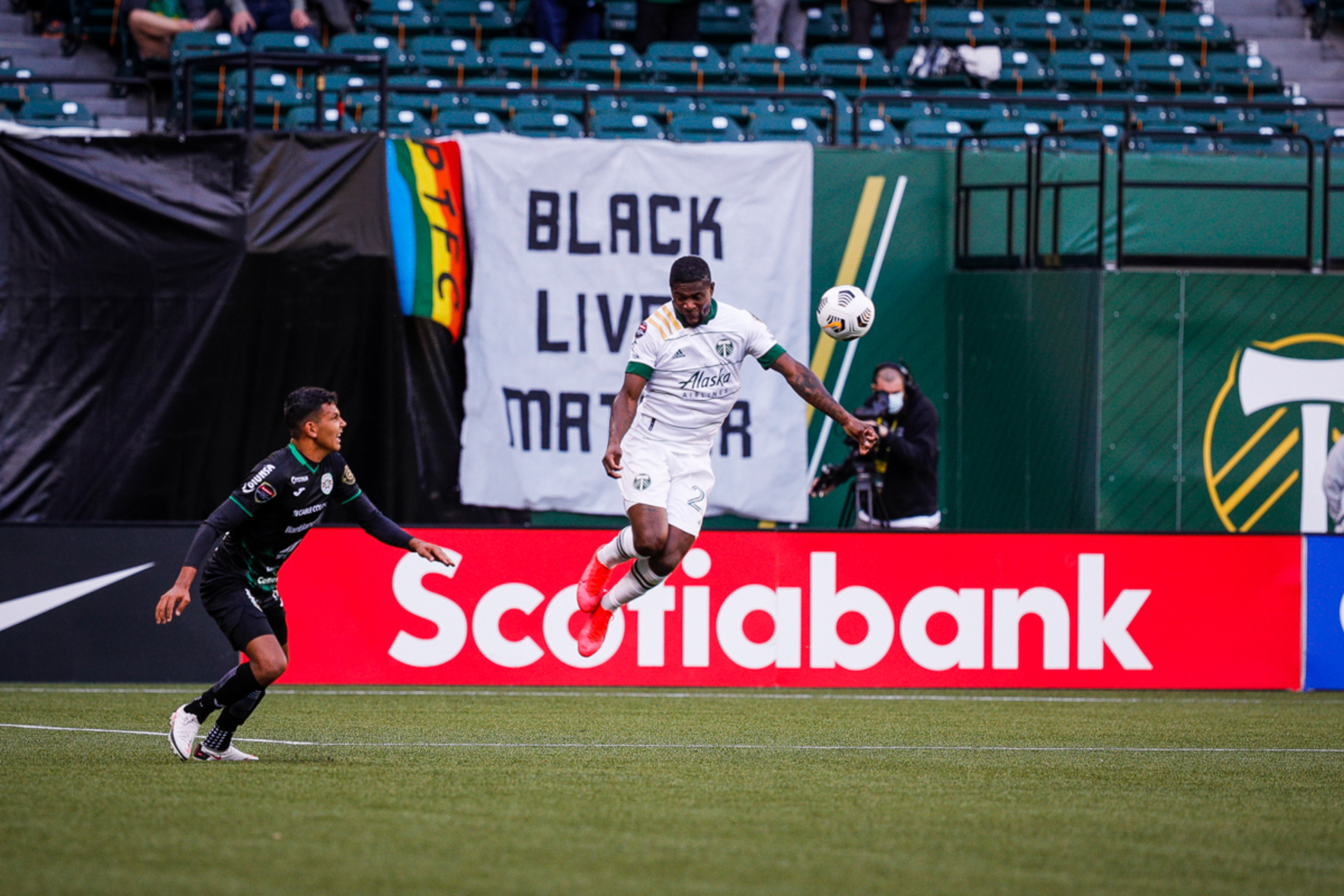 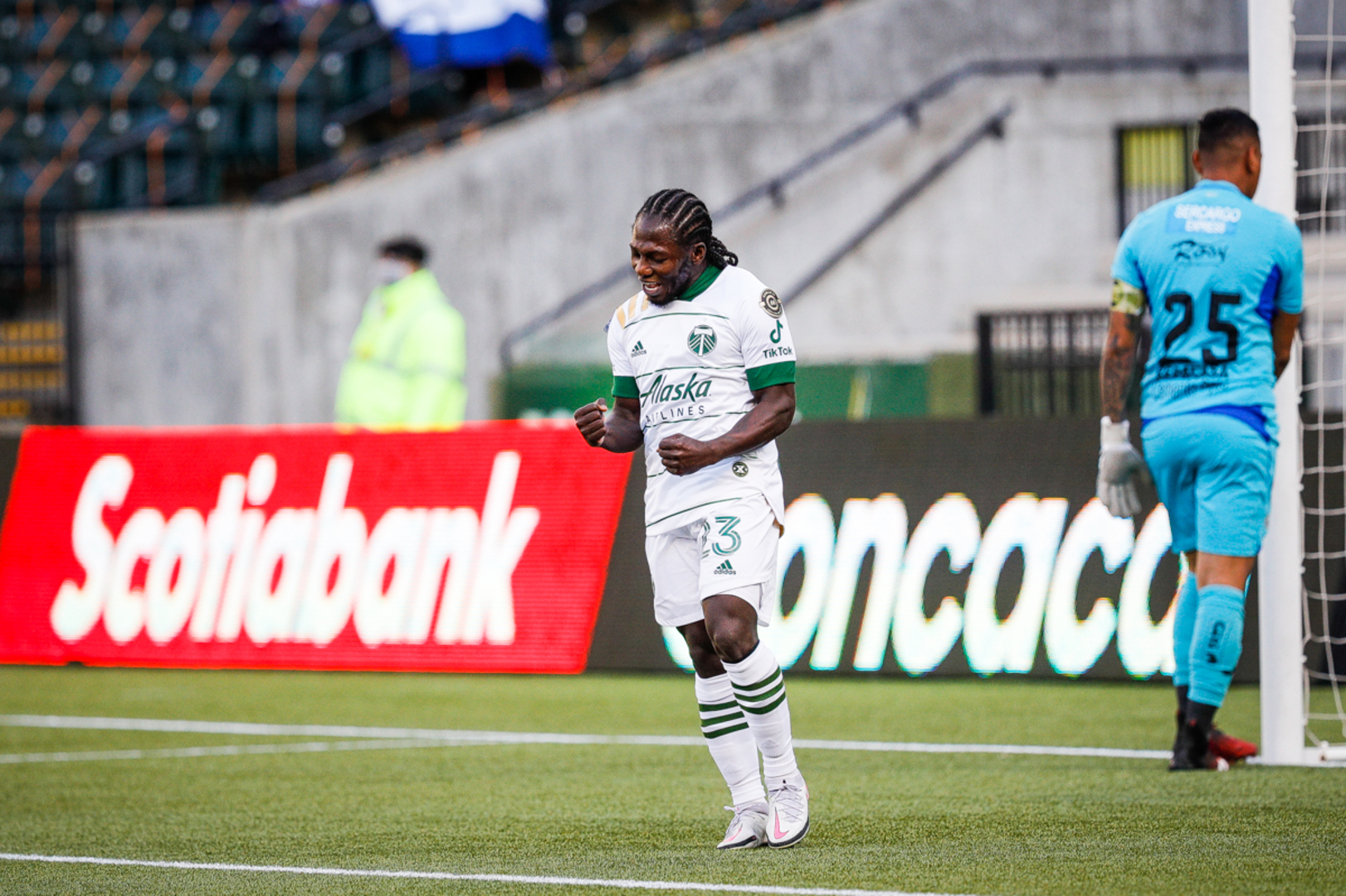 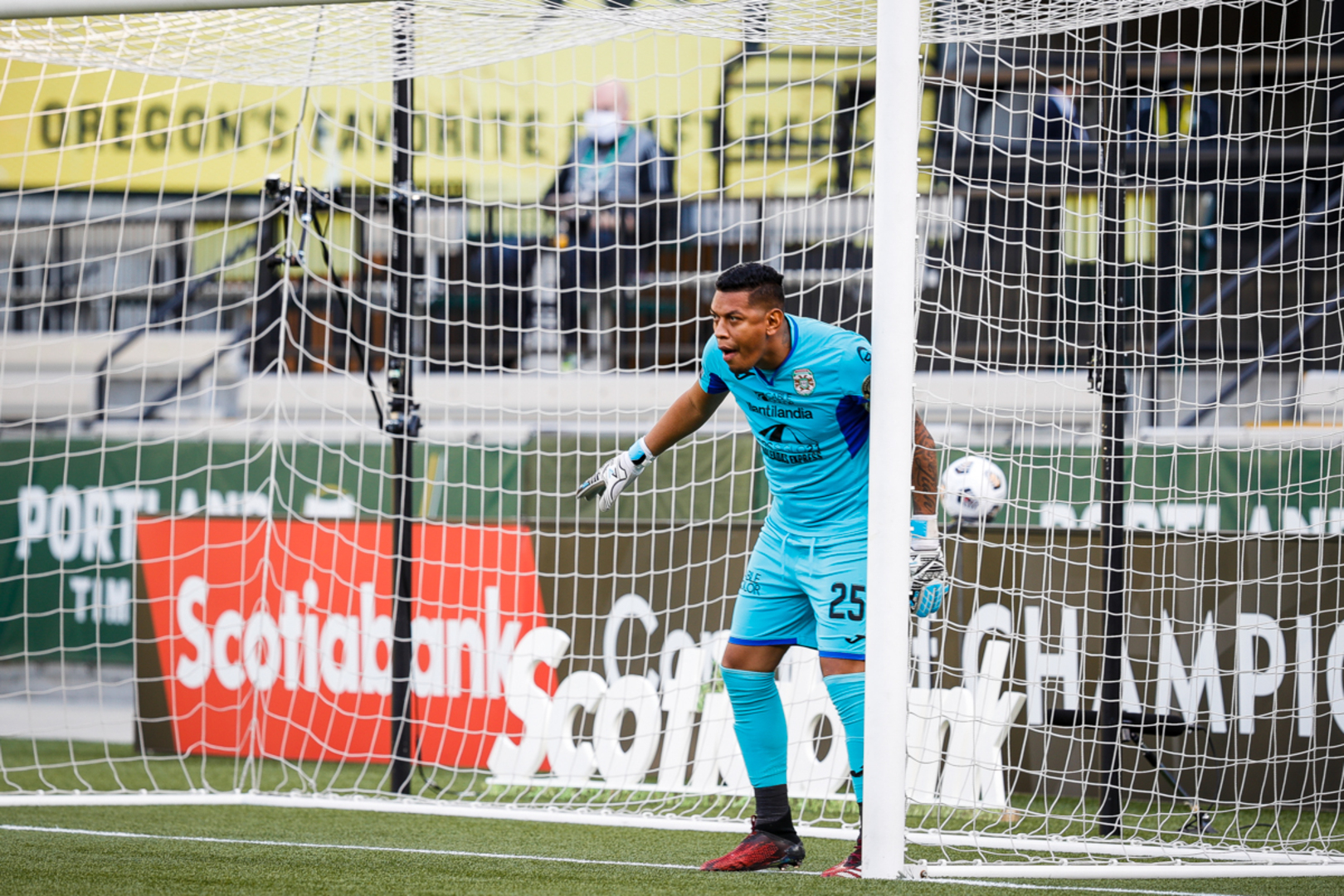 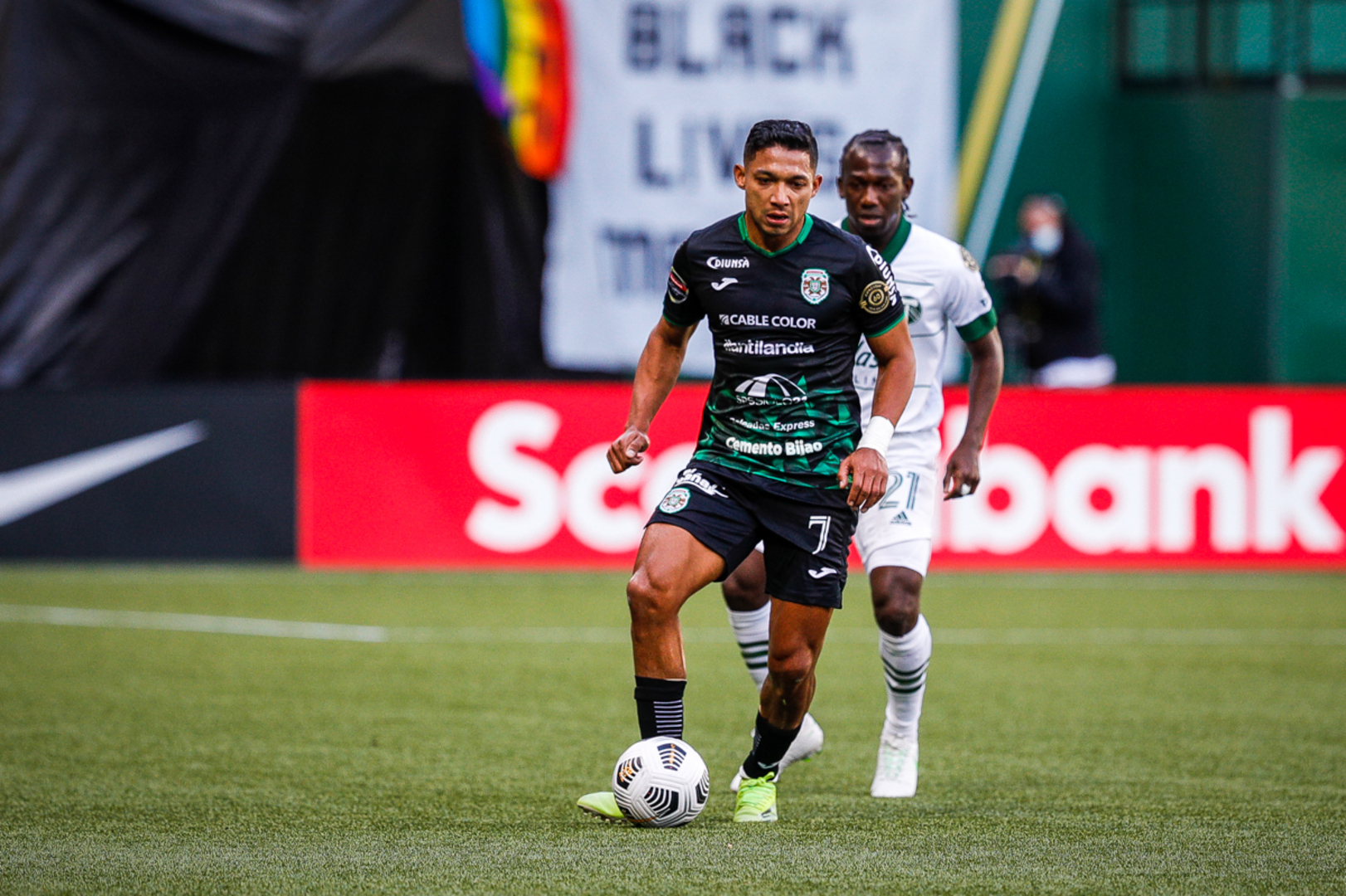 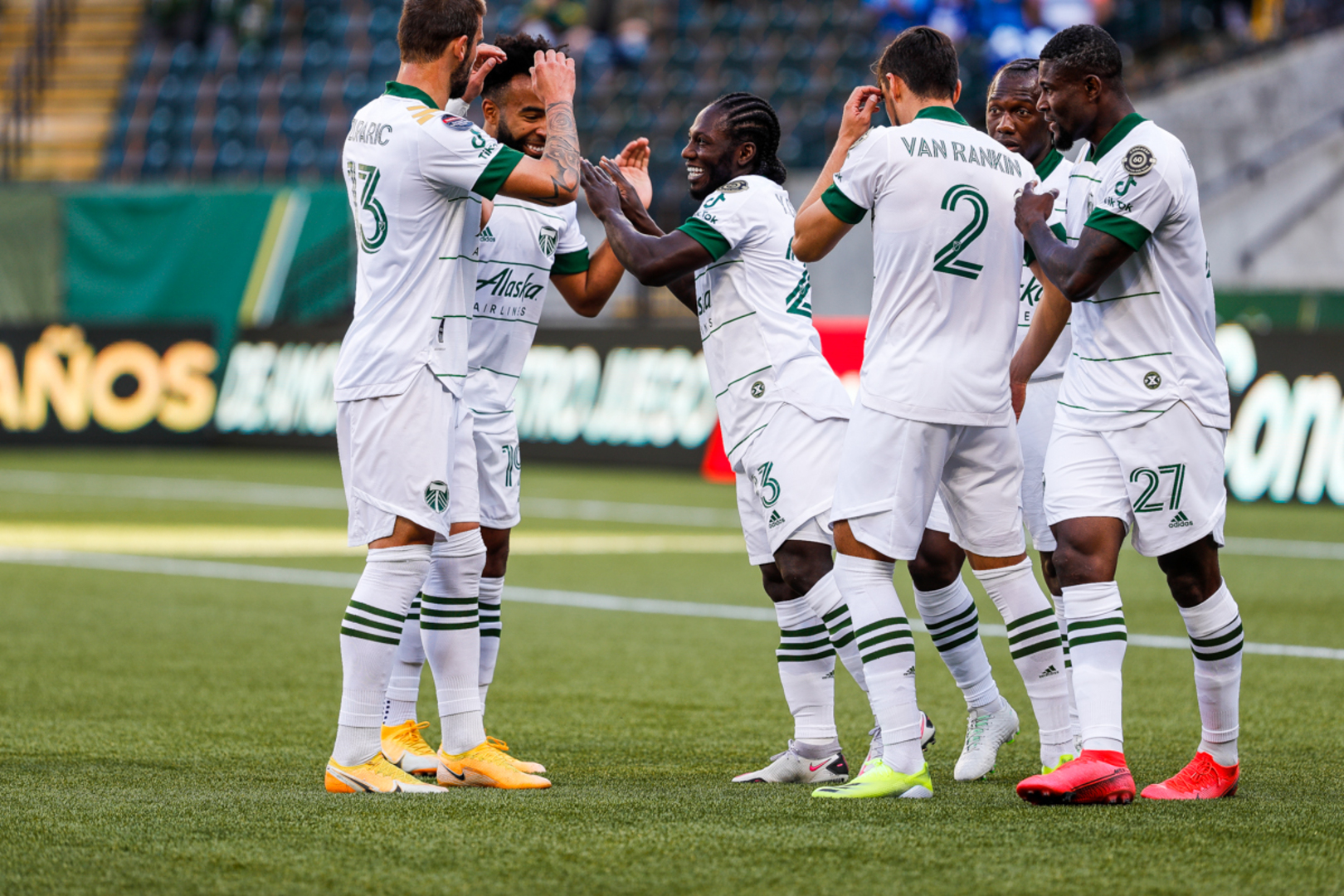 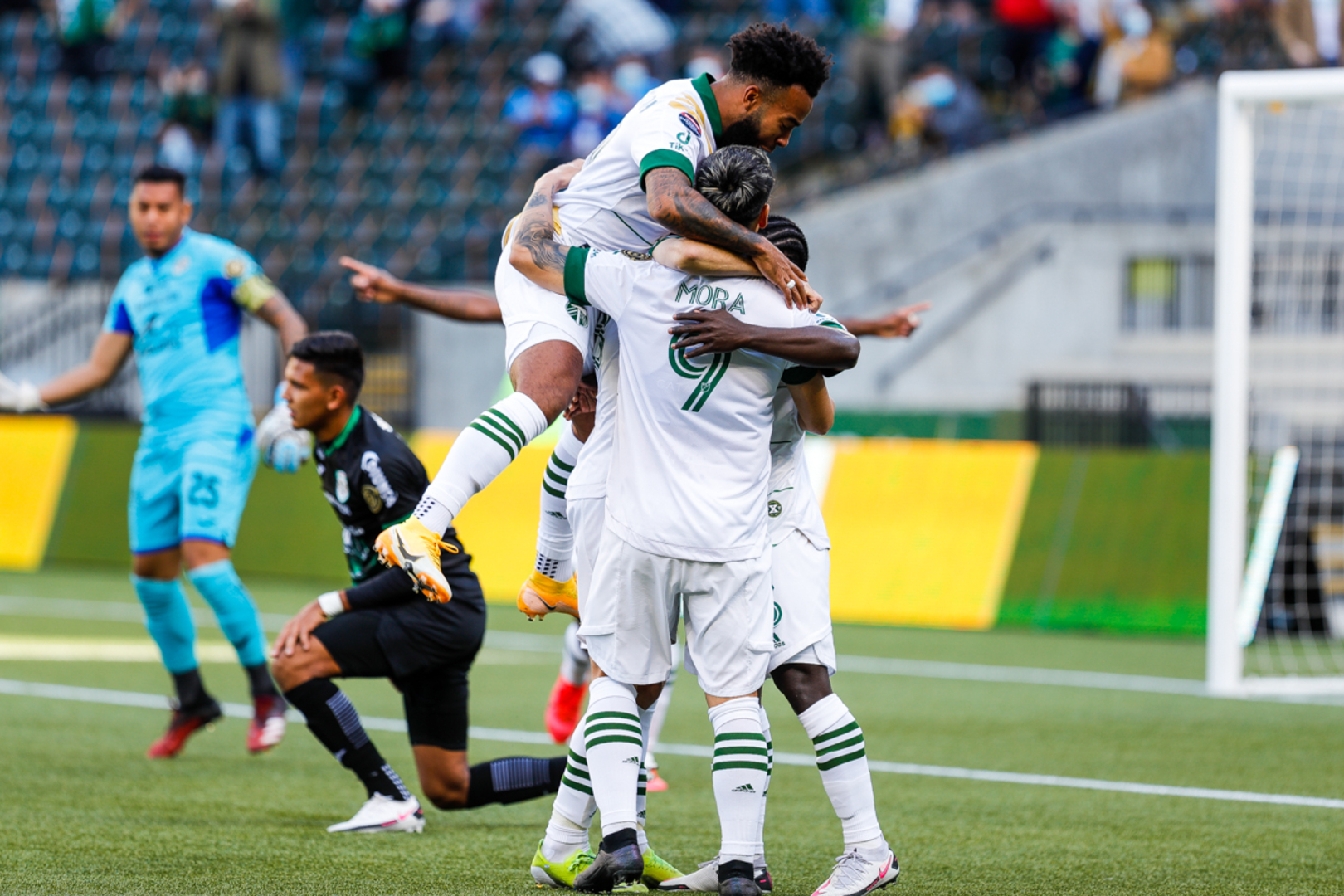 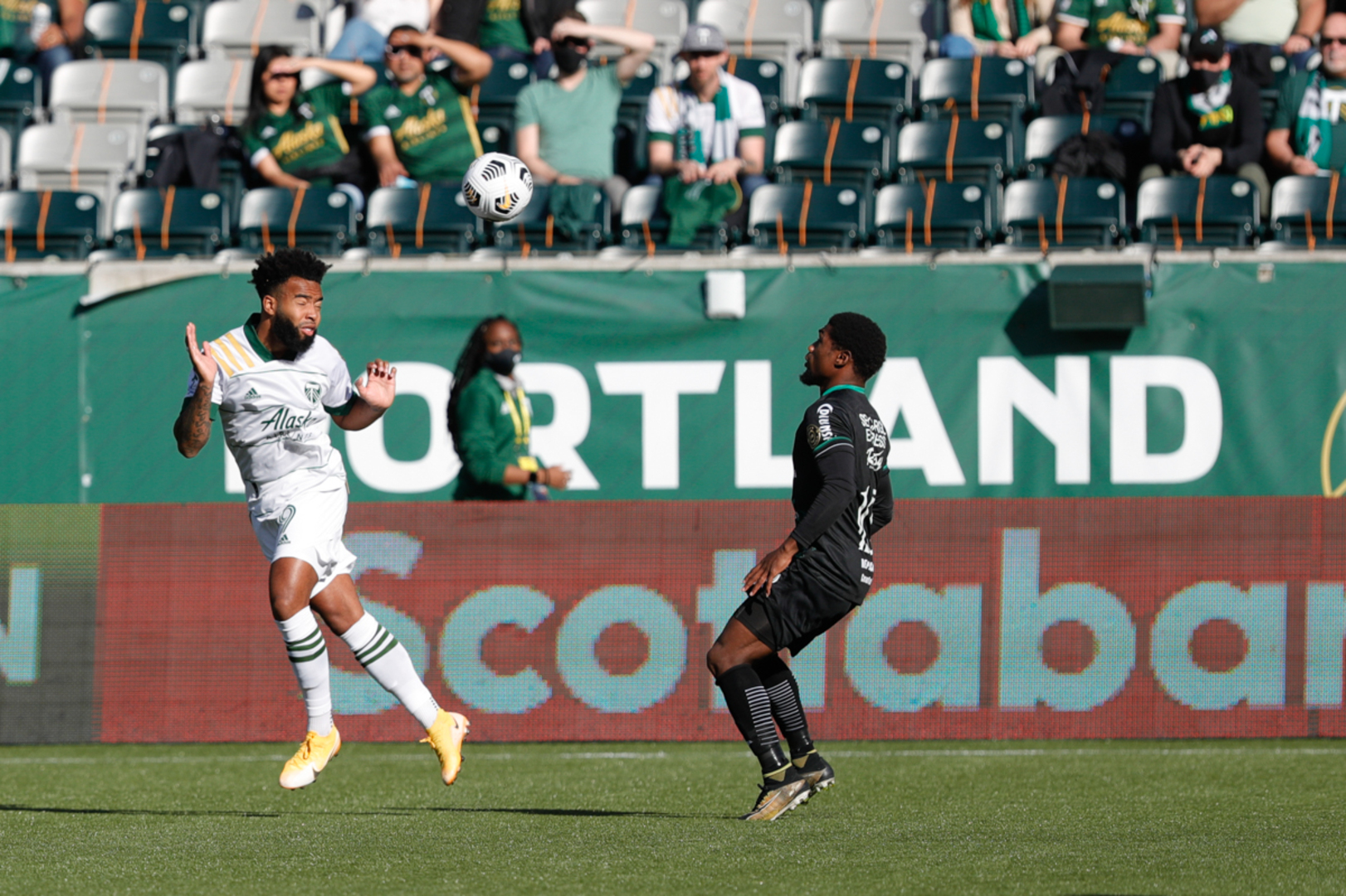 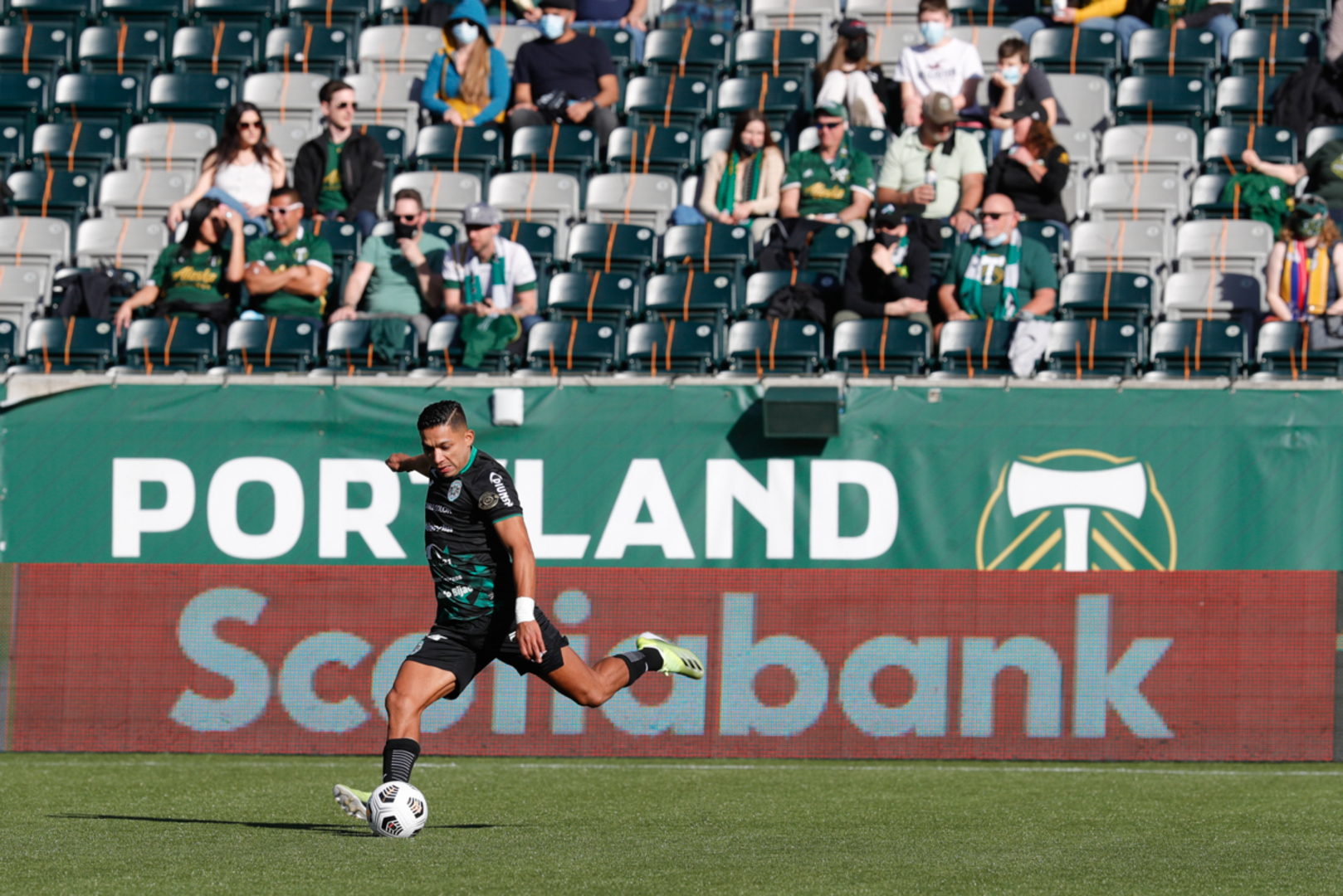 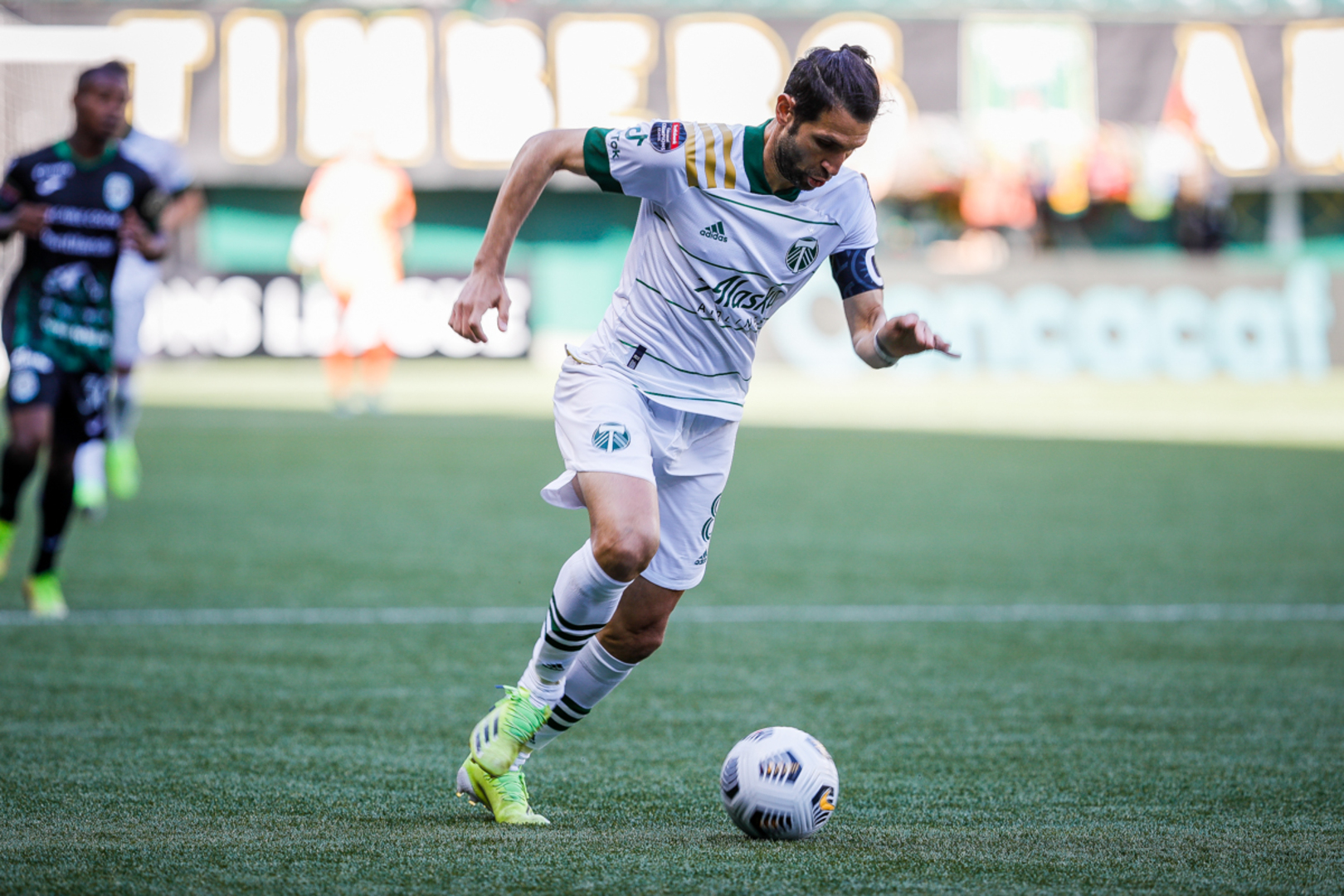