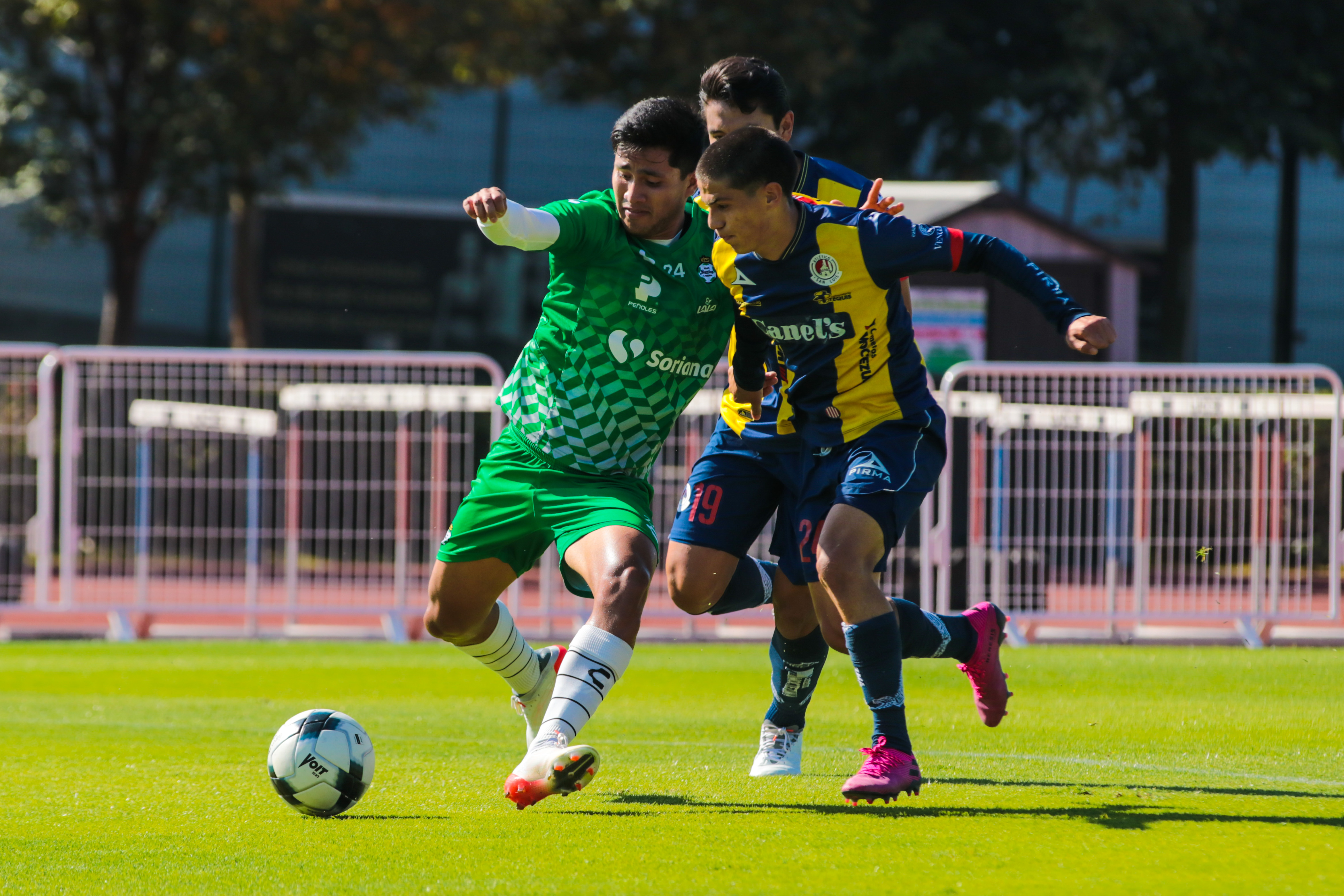 The fourth and final friendly of the winter break was another two 60-minute matches against Atletico de San Luis. Campos notched his second goal of the preseason in a 1-1 draw. (Photo by club Santos Laguna Media)

MIAMI, Florida – The quest for a first ever Scotiabank Concacaf Champions League title for Santos Laguna will continue in 2022 with the Laguneros set to make their seventh appearance in the tournament.

Their journey in Concacaf begins on February 15 when they host the first leg of their Round of 16 series versus CF Montreal in a rematch of Santos’ dramatic 5-4 aggregate victory over the Canadians in the 2008-09 SCCL quarterfinals.

On the domestic front, Santos kick off the Liga MX season this Saturday at home against Tigres UANL in what will be the start of a very busy spring season for the 2011-12 and 2012-13 SCCL runners-up.

Santos should be prepared for both their domestic season opener and their first round tie against CF Montreal after a very successful preseason in which they played four friendlies.

It started on December 18 against Mineros de Zacatecas with a 3-1 victory thanks to goals from Brian Lozano, Ayrton Preciado and Ignacio Jeraldino.

Five days later on December 23, Santos returned to the field of play with a pair of 60-minute tune-up matches against Correcaminos, the first ending in a 1-1 draw and Lozano notching his second goal of the winter break. The second contest saw the Santos defense batten down the hatches in a 1-0 win courtesy of a goal from Omar Campos.

Another two 60-minute friendlies were on the docket on December 27 against fellow Liga MX side Queretaro and what followed were another two positive results for the Torreon club. Ronaldo Prieto scored off a Juan Otero pass to complete a 1-0 win, while in the second scrimmage the teams battled to a 1-1 draw, with Eduardo Aguirre scoring for Santos.

The fourth and final friendly of the winter break was another two 60-minute matches against Atletico de San Luis. Campos notched his second goal of the preseason in a 1-1 draw to open things, while a 2-0 defeat marked the second contest.

Overall, it was a very productive preseason for Head Coach Pedro Caixinha, with many young players getting a taste of first-team action to start what will be a very busy first half of the year for the club.