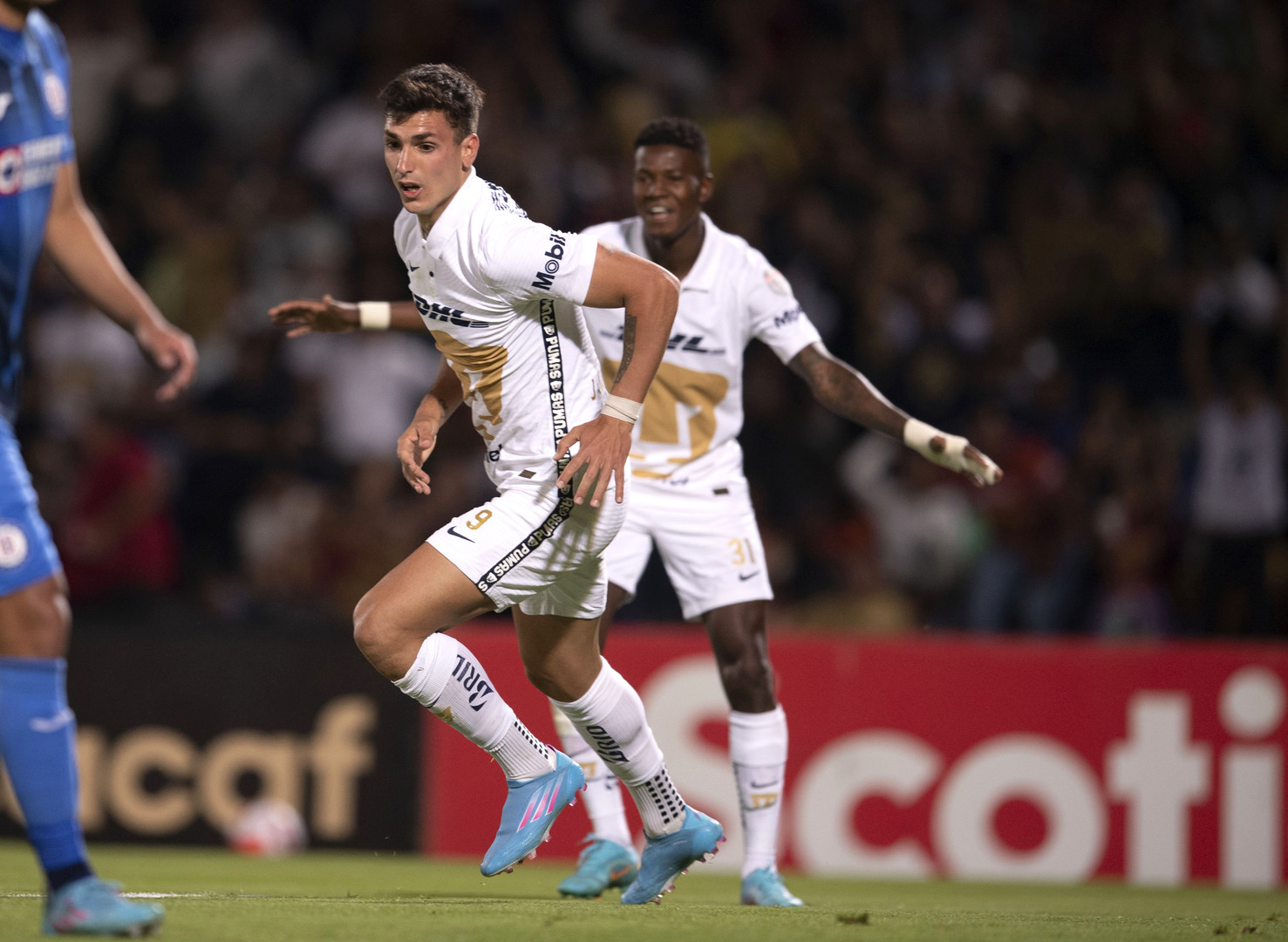 Juan Dinenno, left, celebrates with Pumas teammate Washington Corozo after scoring against Cruz Azul in the first leg of the Scotiabank Concacaf Champions League semifinals on April 5, 2022 at Estadio Universitario.

MEXICO CITY, Mexico – A pair of goals from Juan Ignacio Dinenno earned Pumas a 2-1 victory over fellow Liga MX side Cruz Azul in the first leg of the 2022 Scotiabank Concacaf Champions League semifinals on Tuesday night at the Estadio Olimpico Universitario in Mexico City.

Dinenno came into the night as the top scorer in the 2022 SCCL and now has seven goals in the tournament following his brace.

Most of the early looks at goal were for Cruz Azul, as they tested veteran Pumas GK Alfredo Talavera with a couple chances, but the first real scoring opportunity was for the hosts in the 30’.

A mad scramble in front of goal saw Pumas have several cracks at goal, including one for Favio Alvarez that was cleared off the goal line.

Pumas were the ones with the momentum toward the end of the first 45 minutes and Dinenno scored by getting on the end of a Washington Corozo cross and nudging the ball over the line for a 1-0 Pumas lead in the 37’.

Cruz Azul looked to respond, but Pumas were riding high and a pinpoint cross in from Alan Mozo found an unmarked Dinenno, who spun a header into net to double the advantage to 2-0 in the 45+2’.

The intensity of the first half gave way to a more calculated second half, with both teams looking to patiently carve out a goal.

It would finally pay off for Cruz Azul, who pulled a crucial away goal back in the 83’ with Ivan Morales cutting back for Christian Tabo, who swept in a shot to make it a 2-1 final score line, setting the stage for a dramatic second leg next week in the Estadio Azteca. 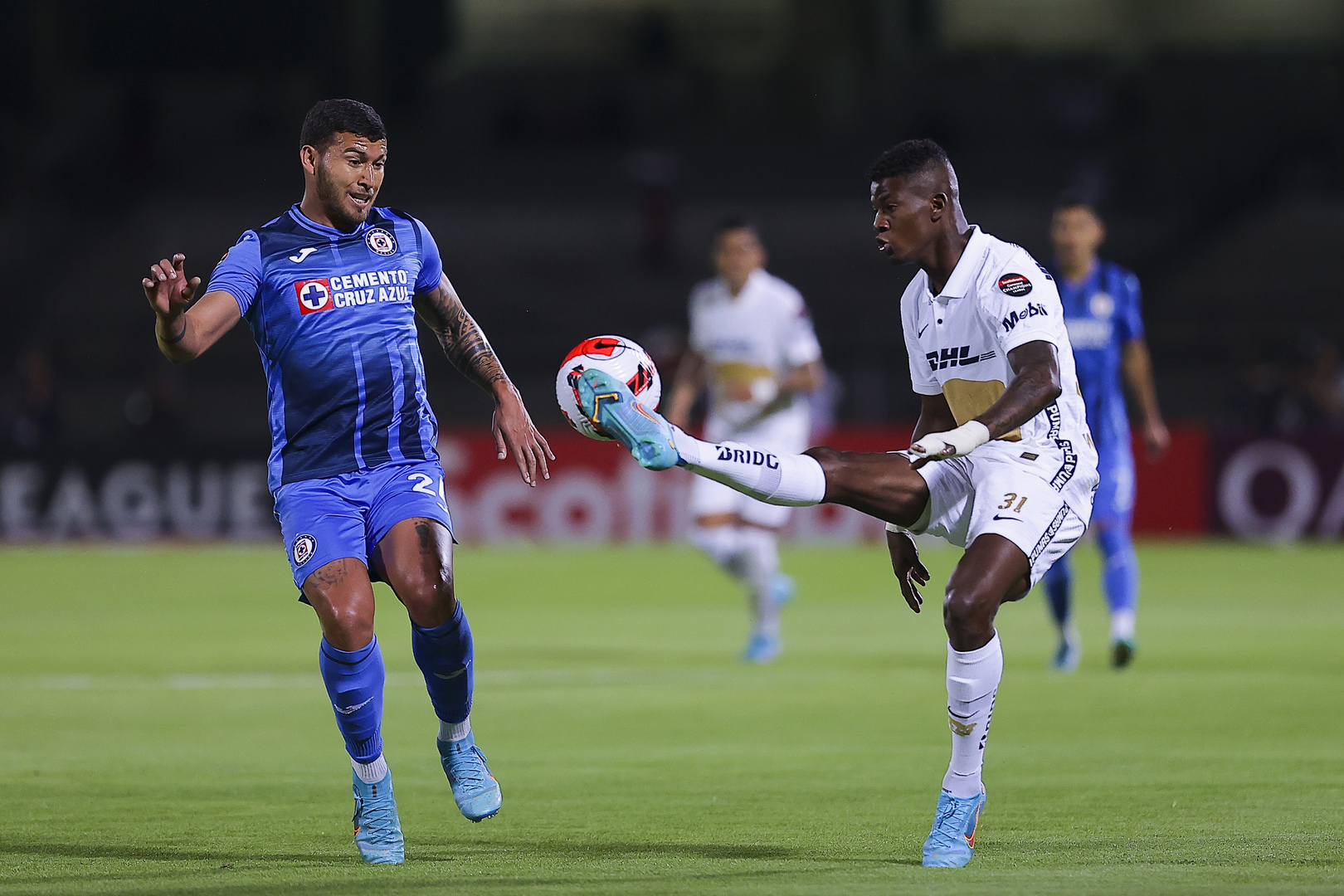 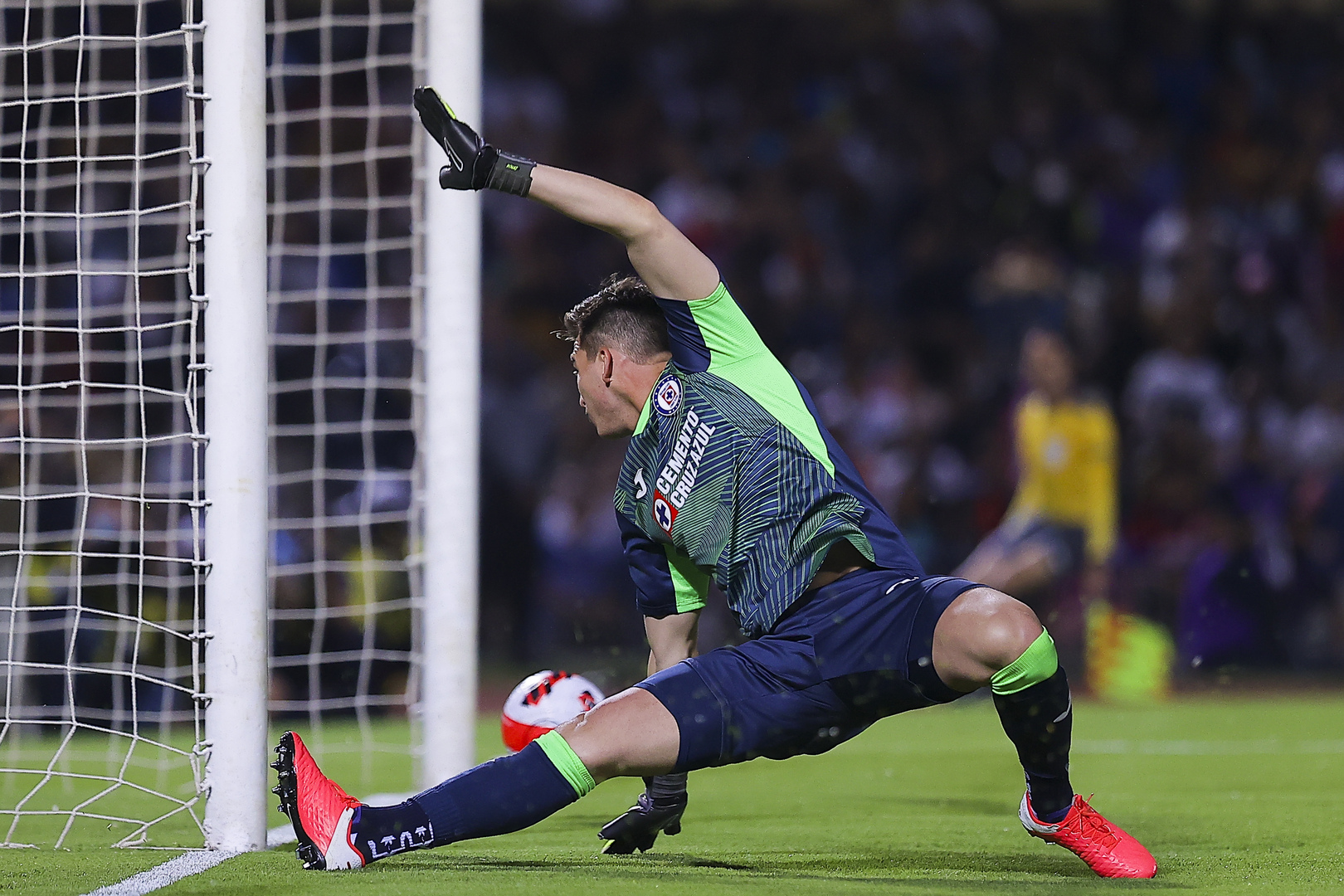 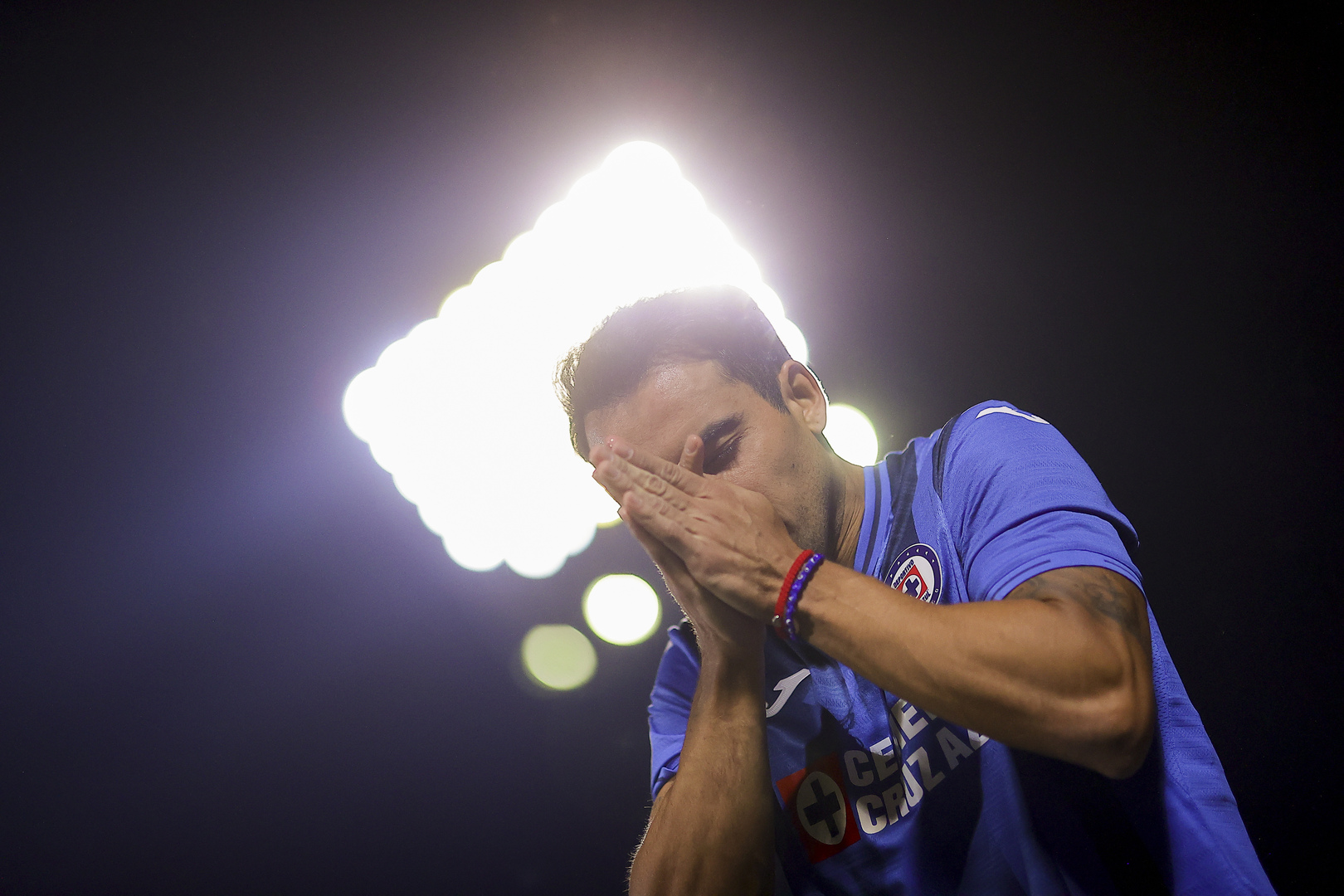 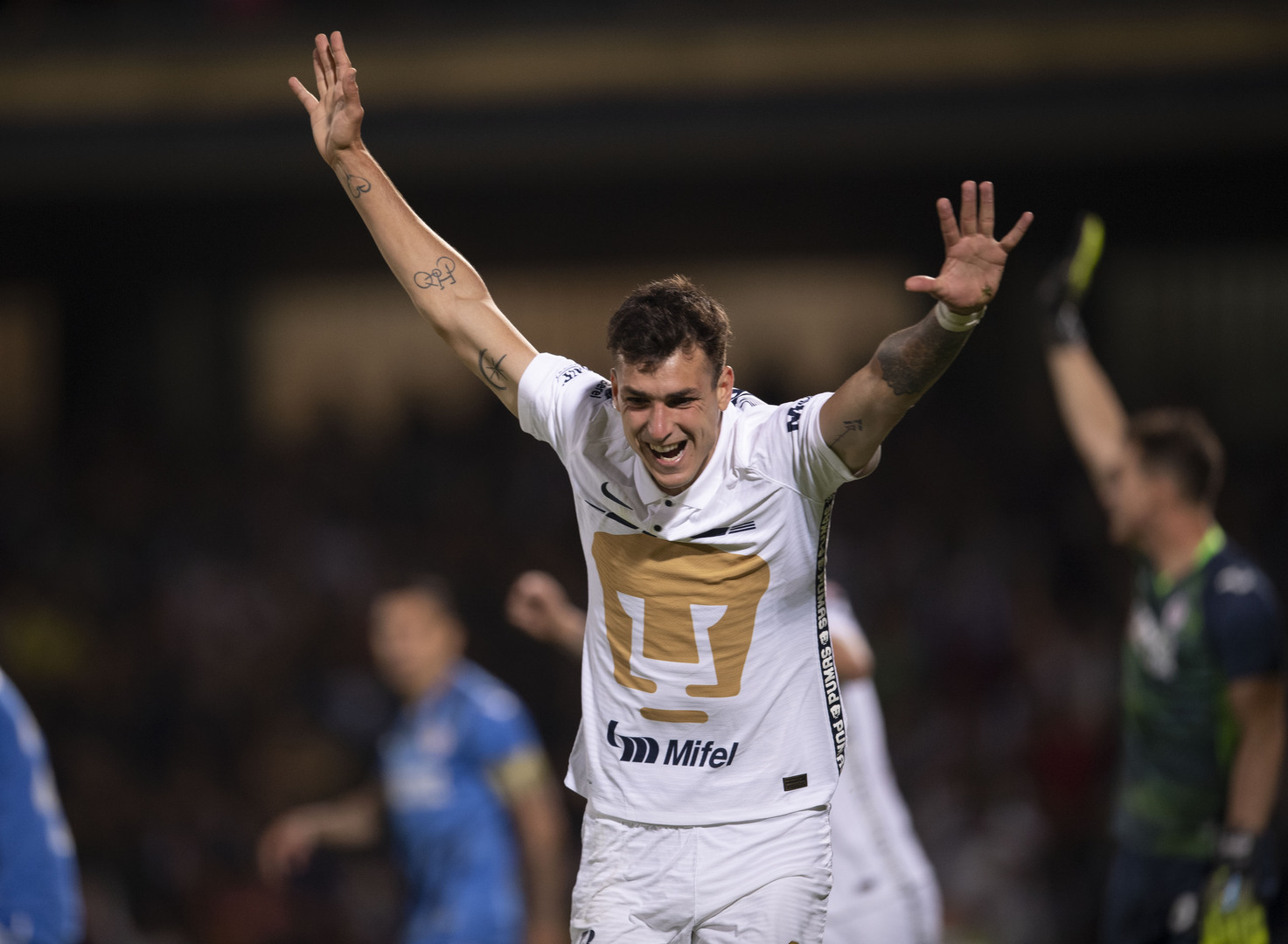 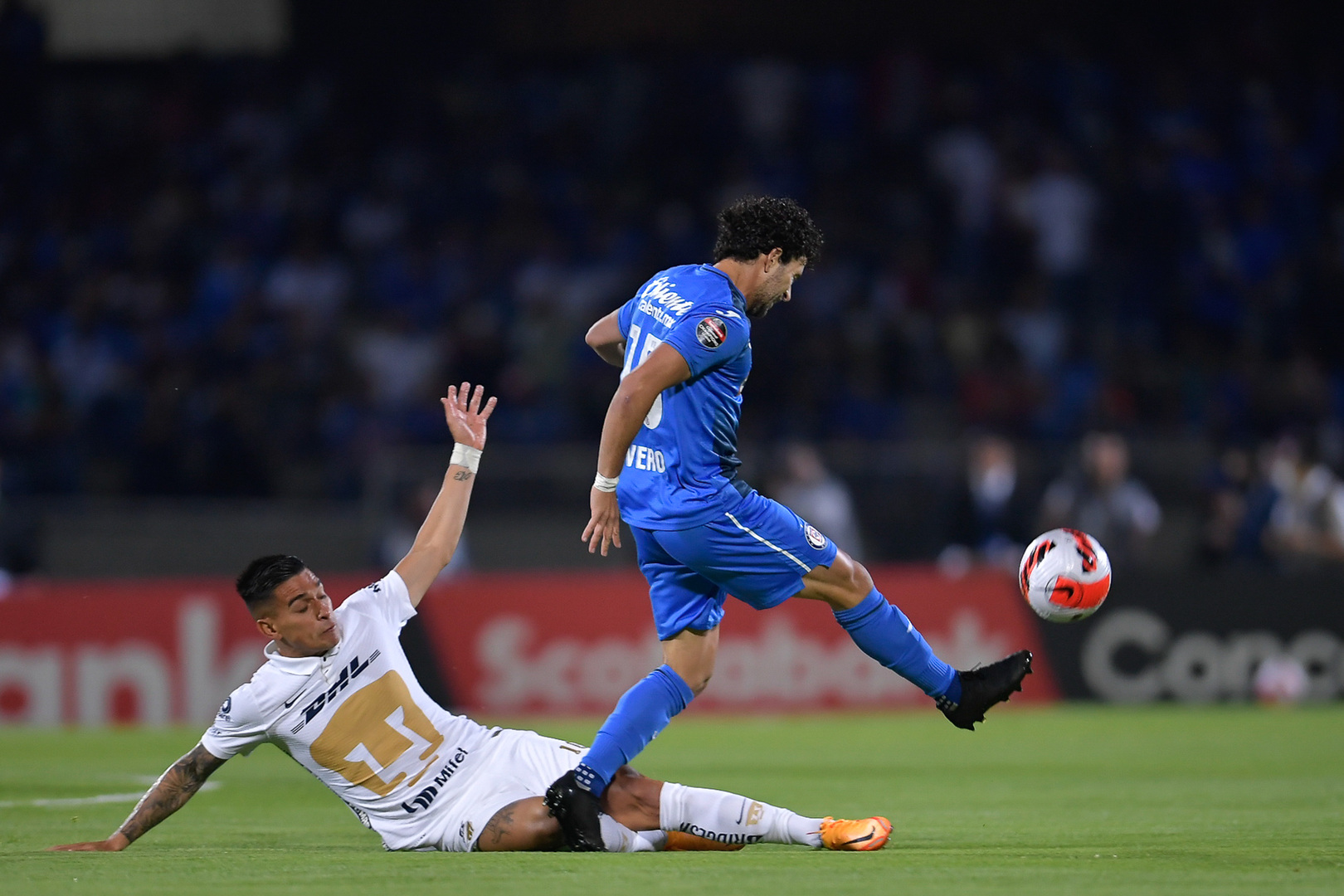 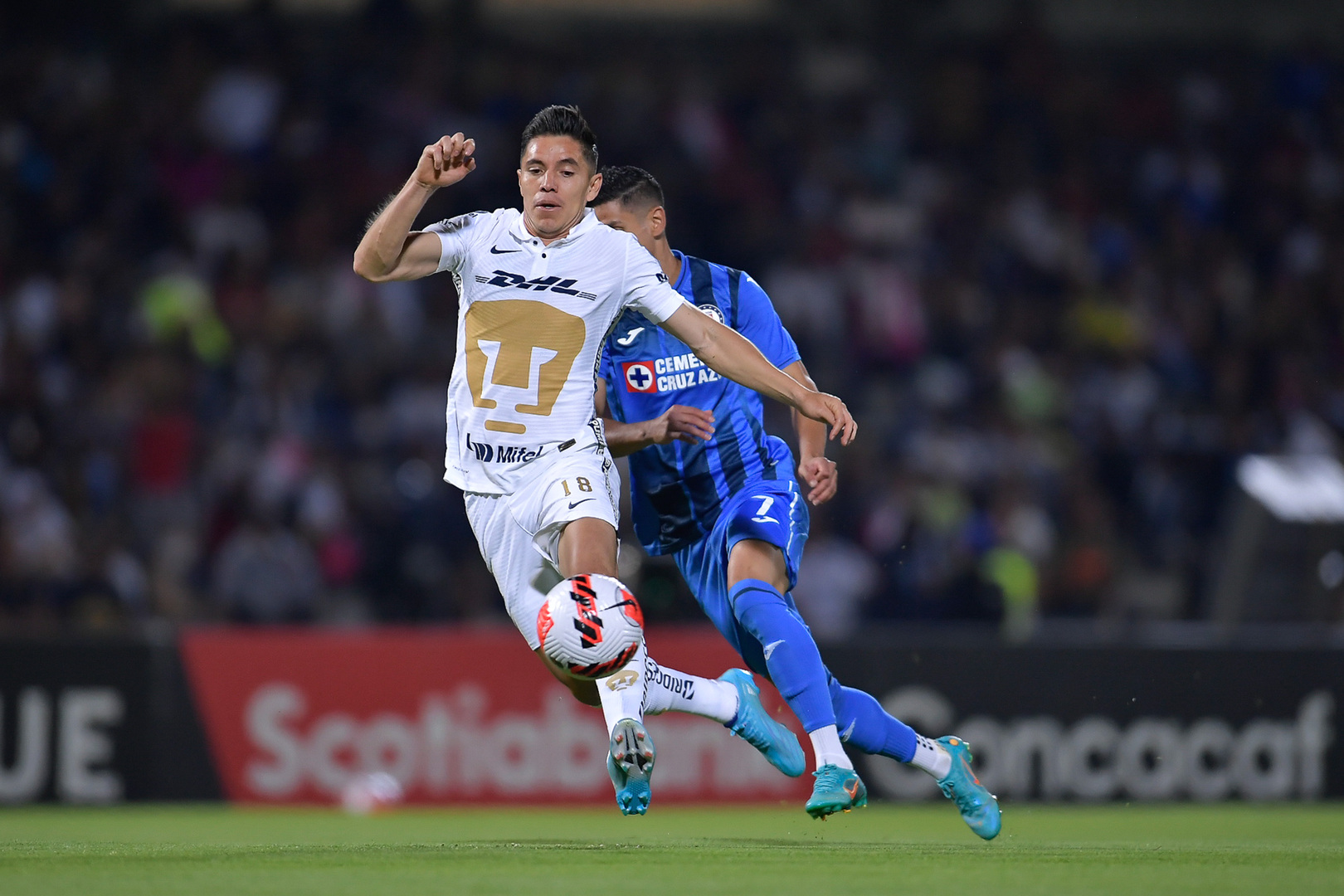 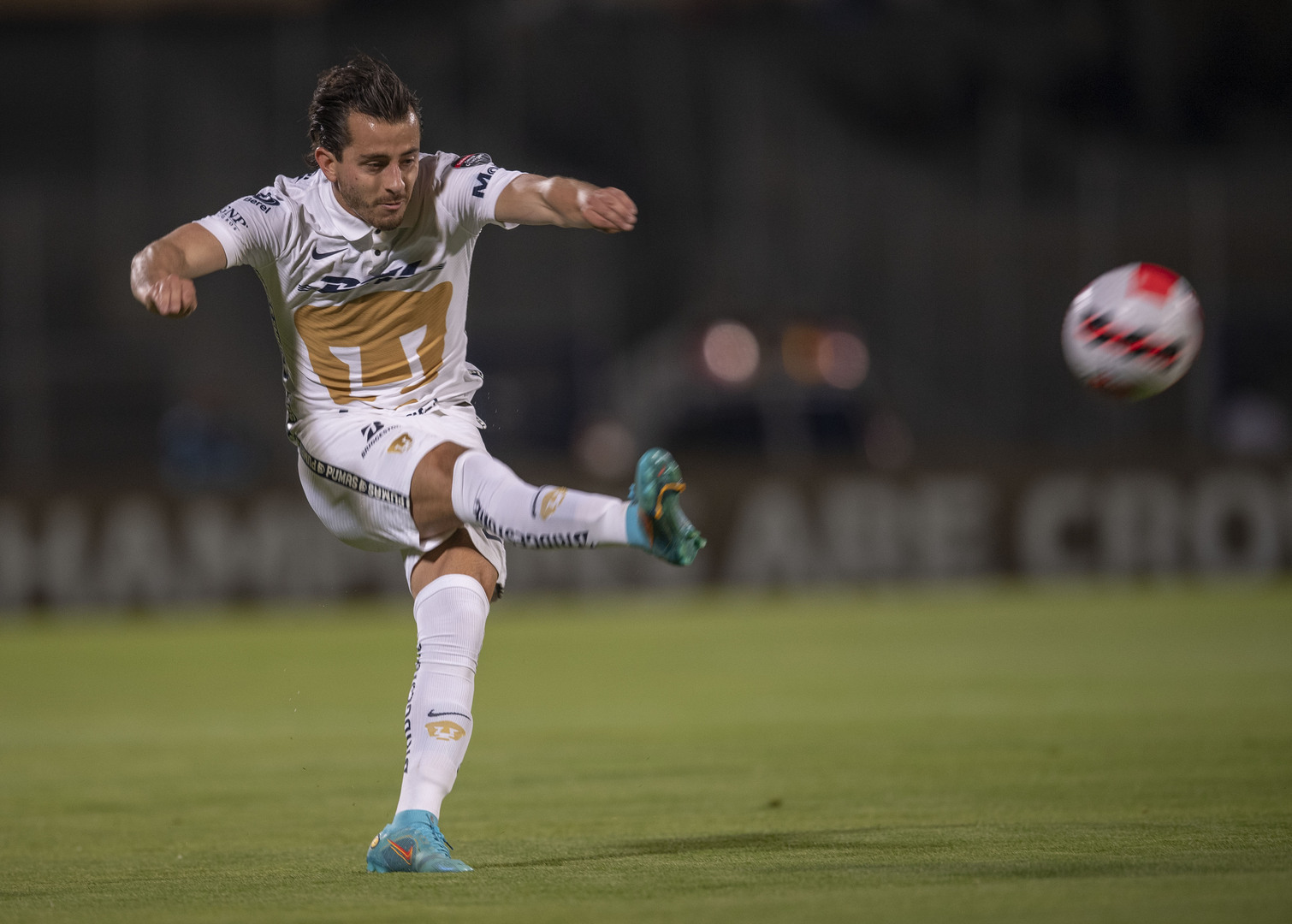 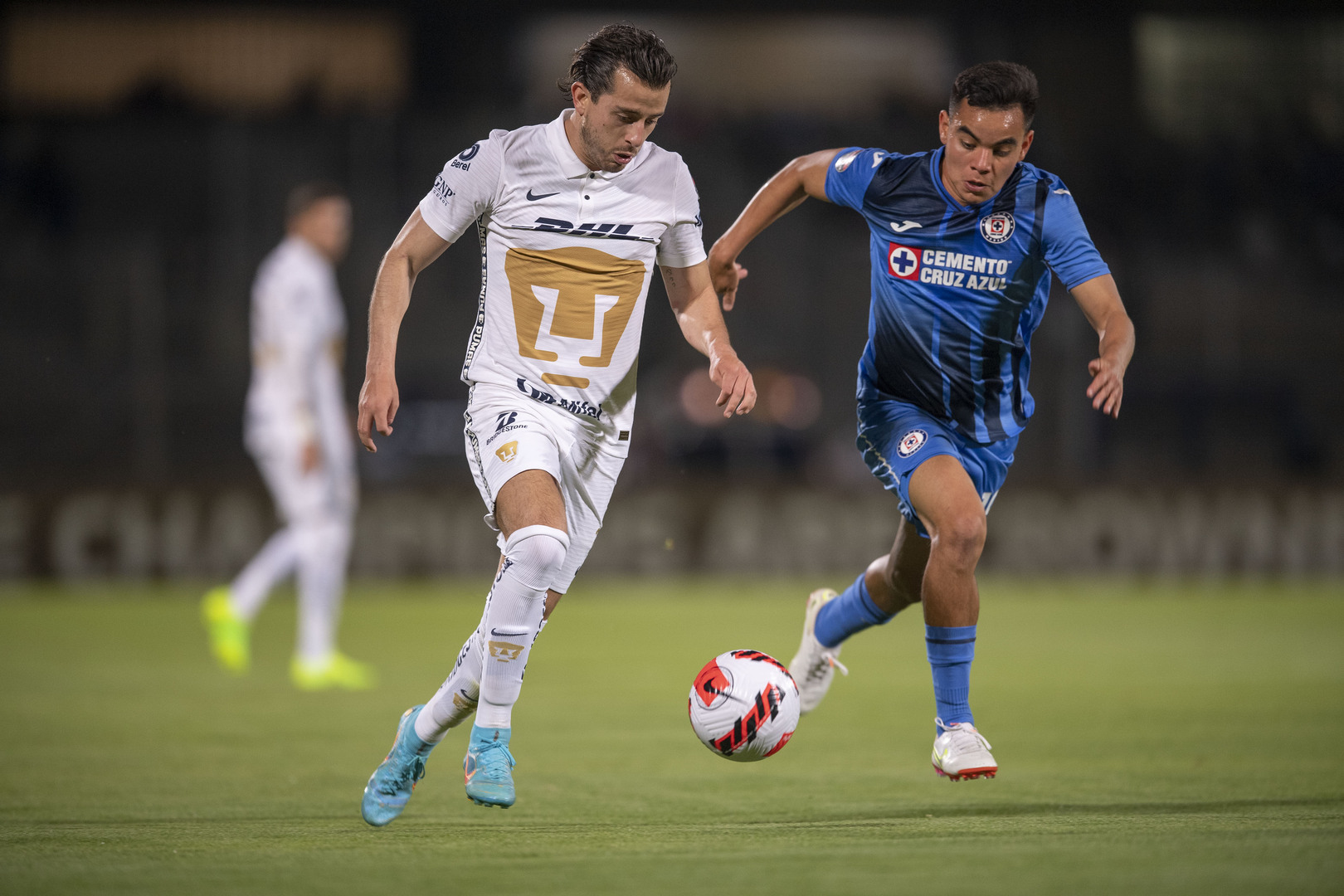 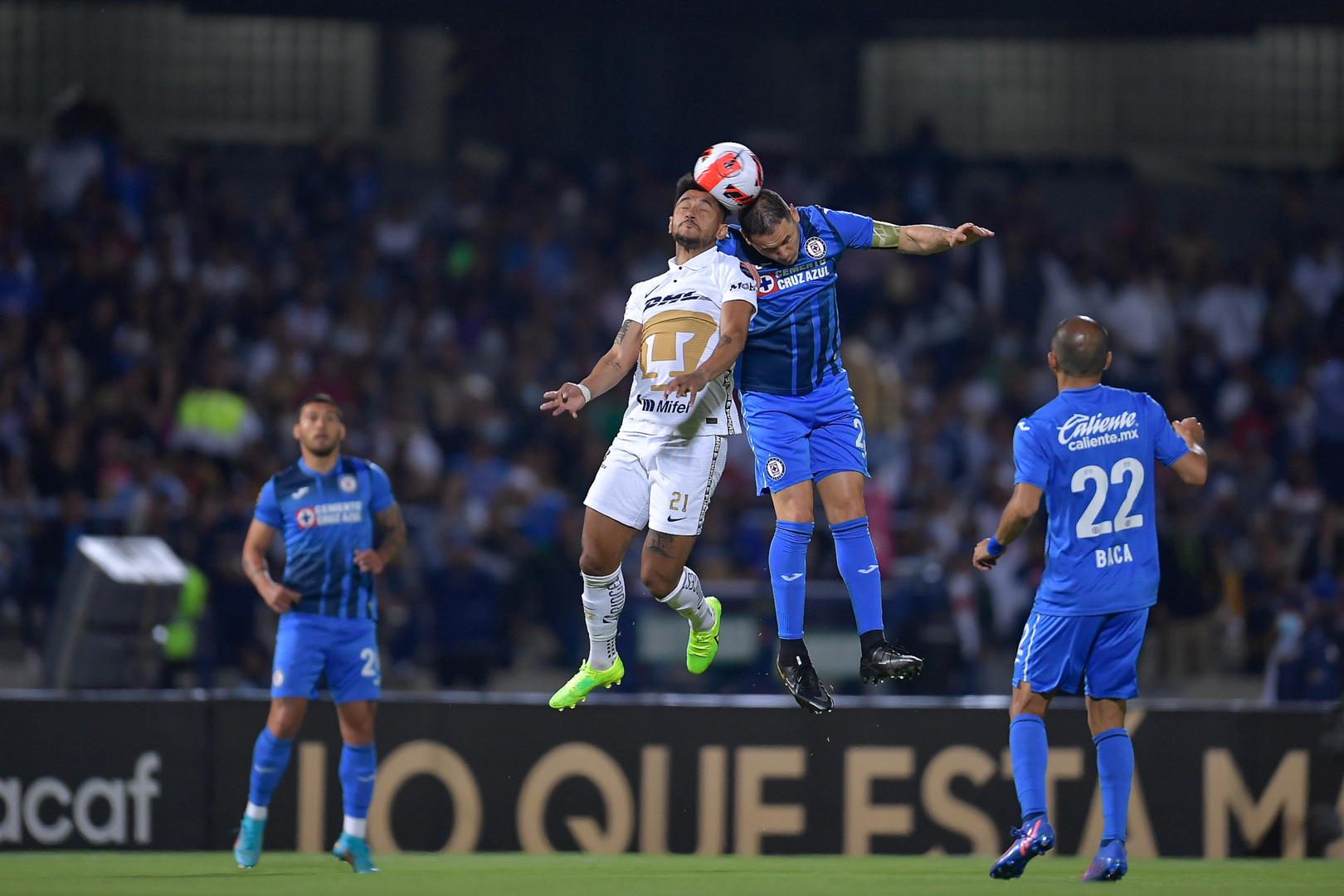 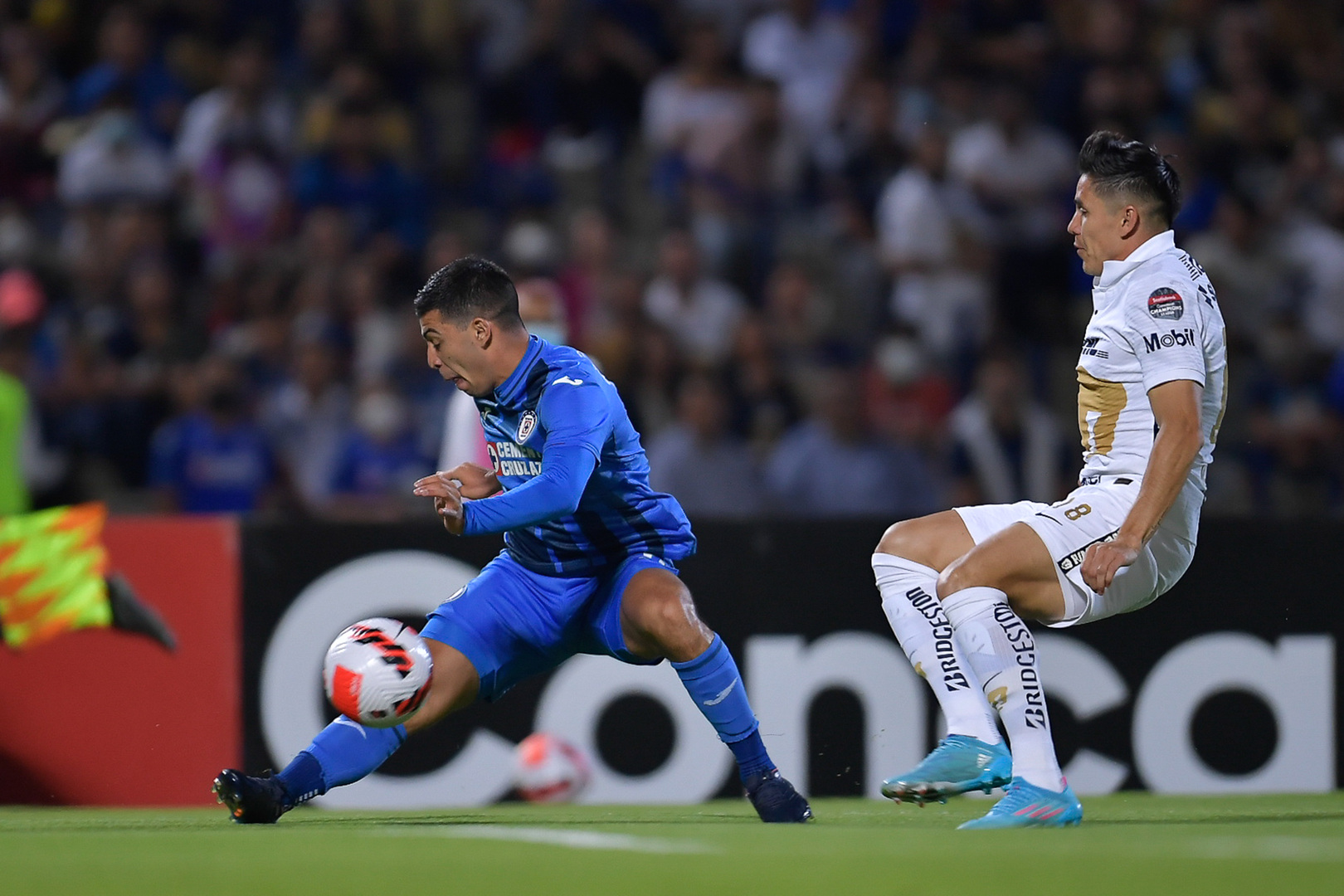 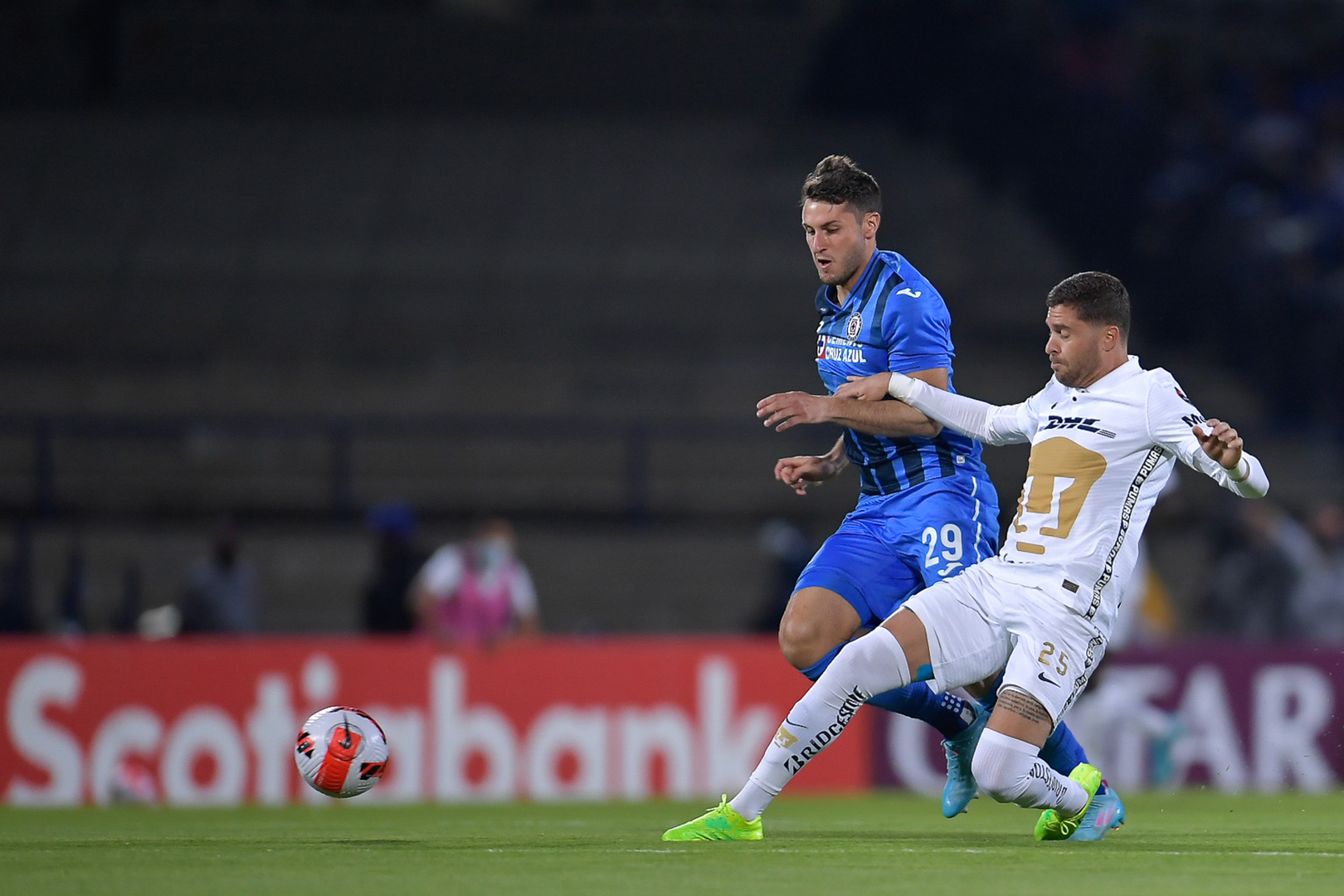 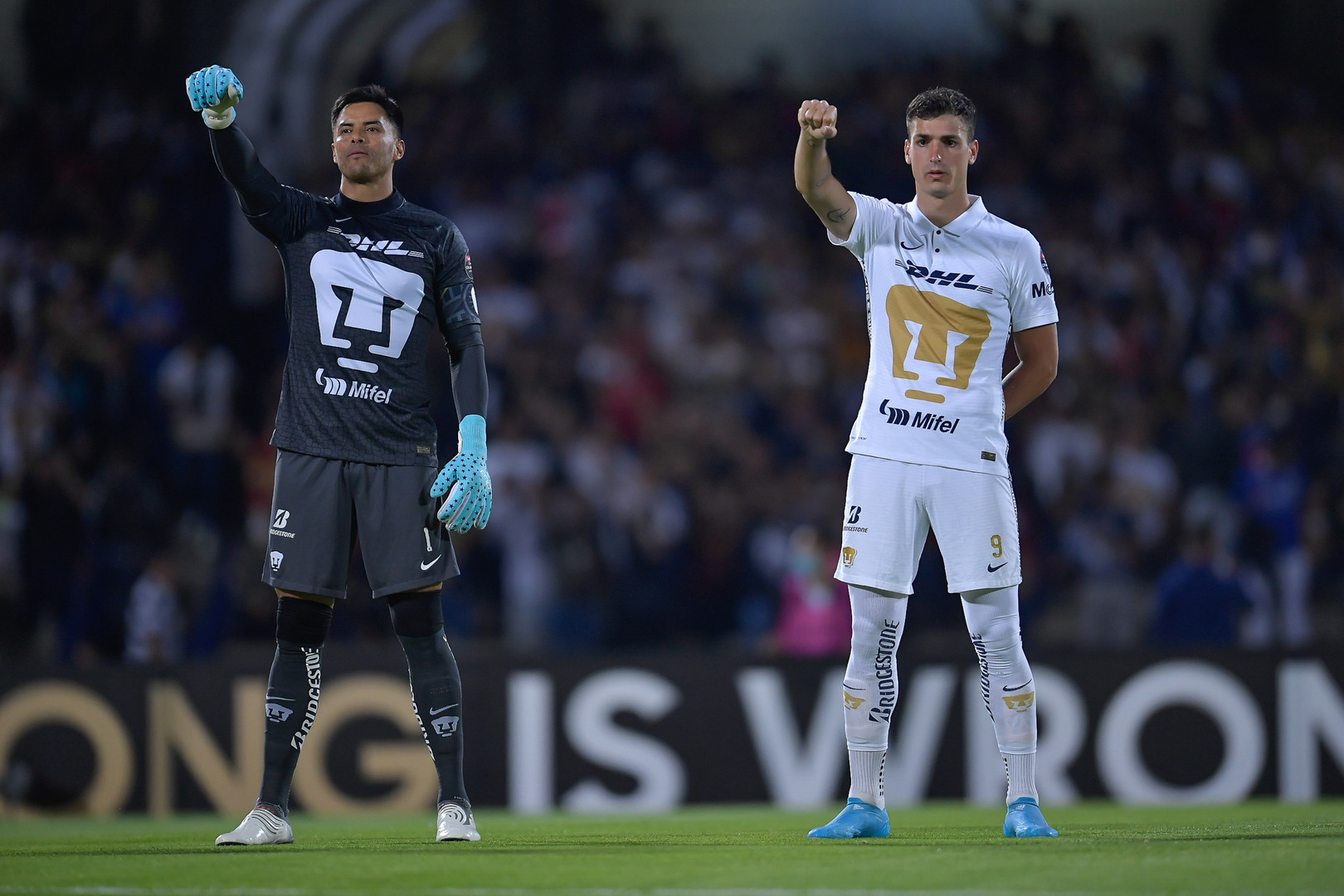 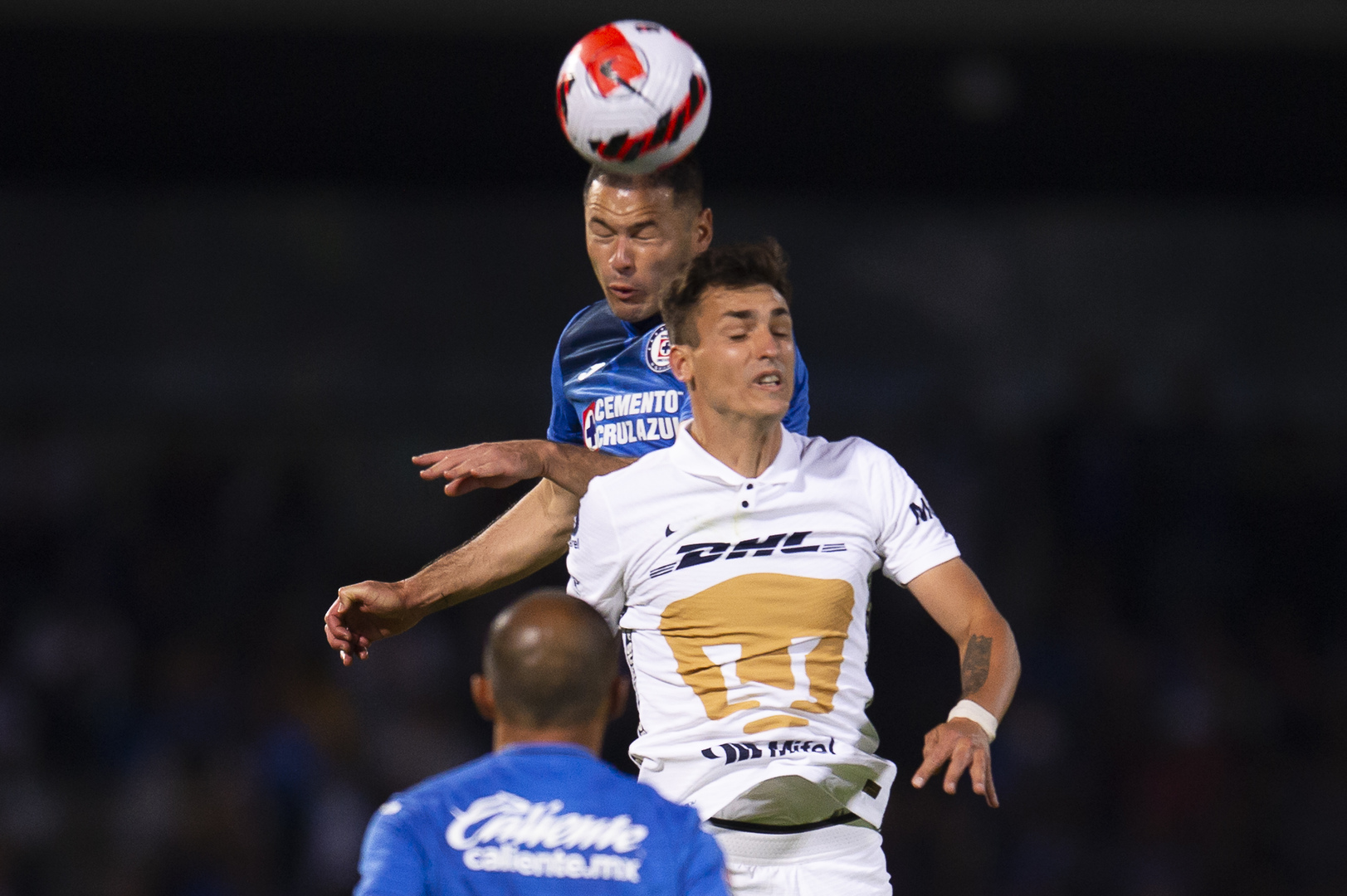 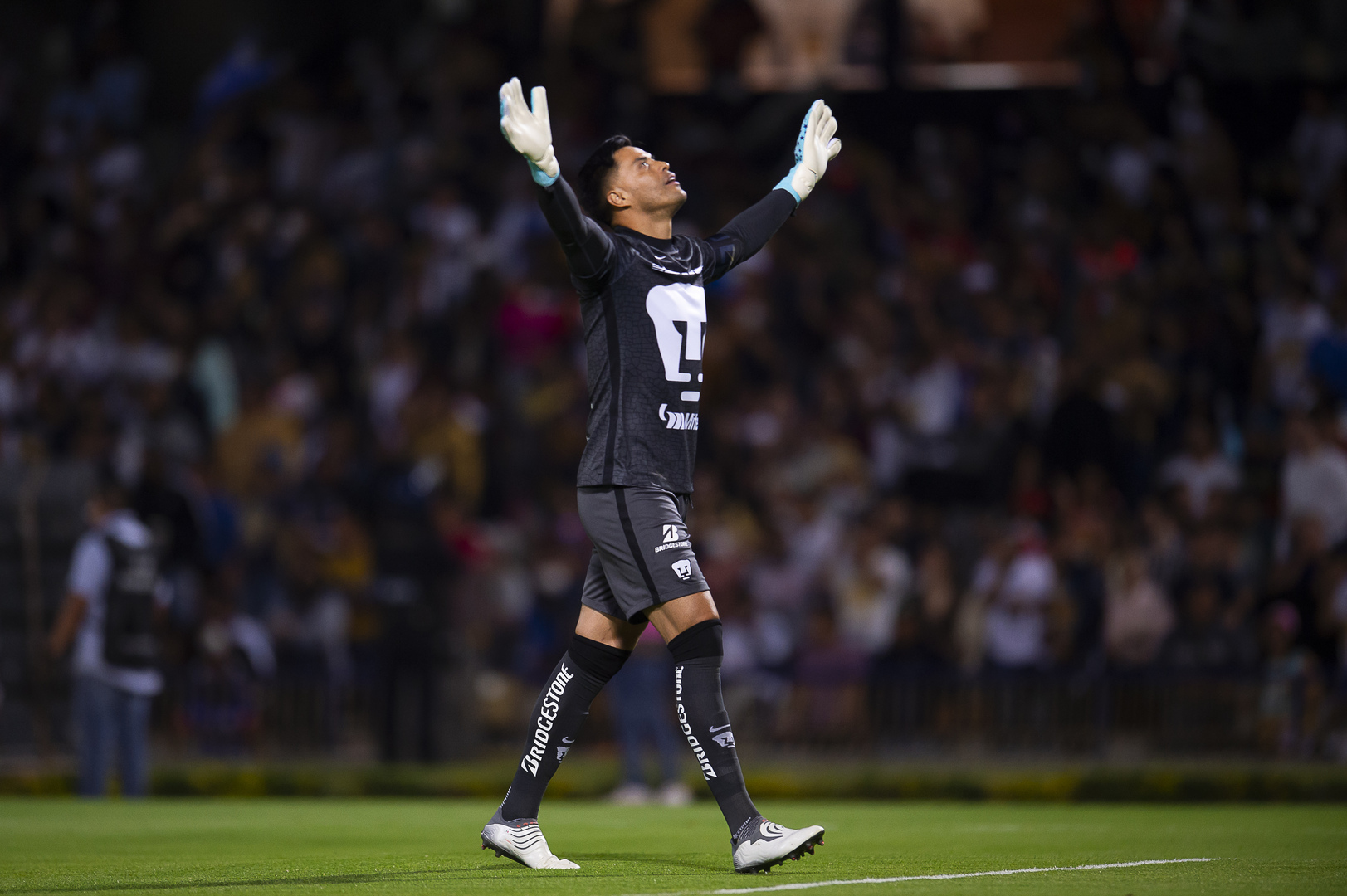 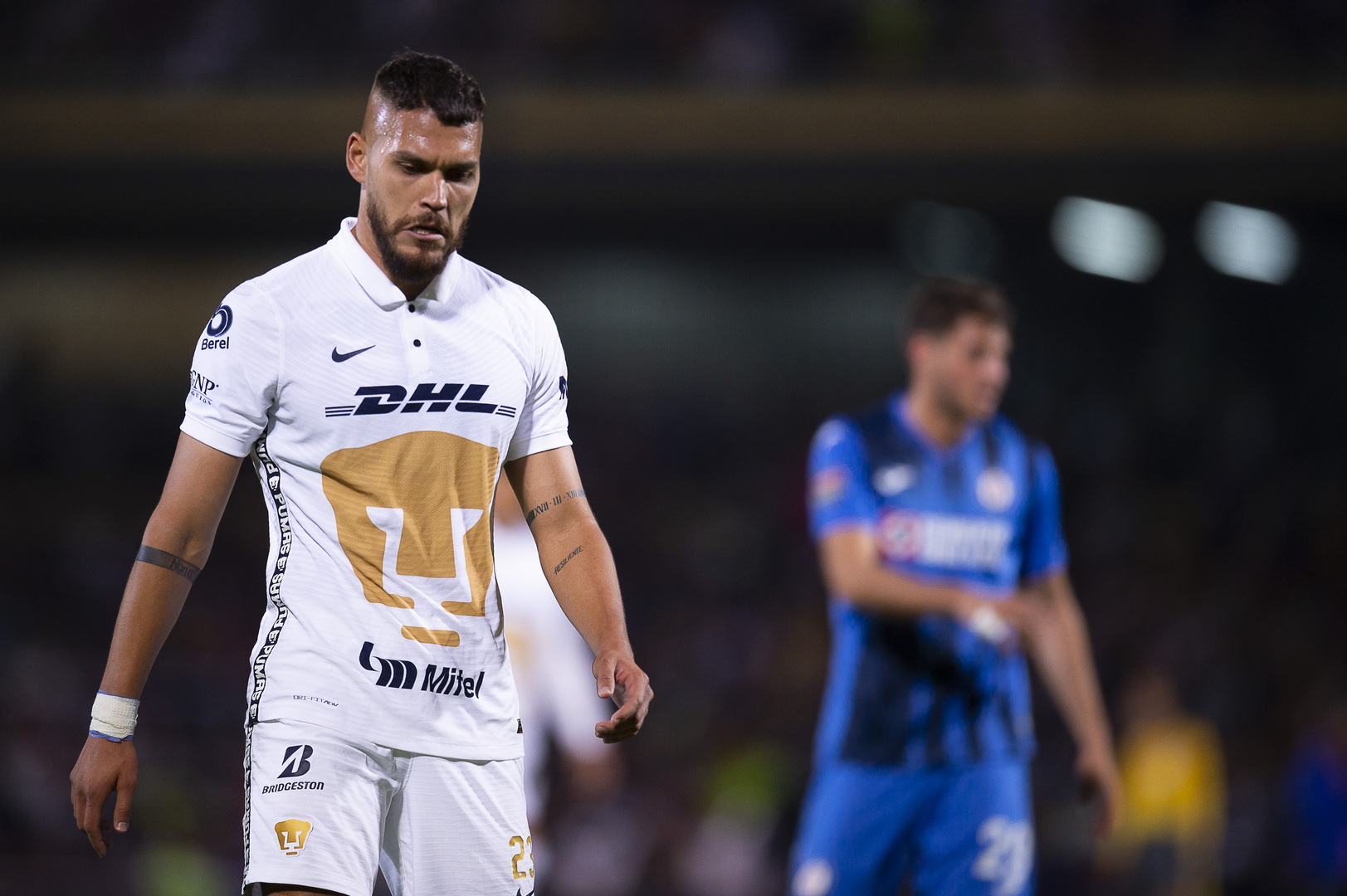 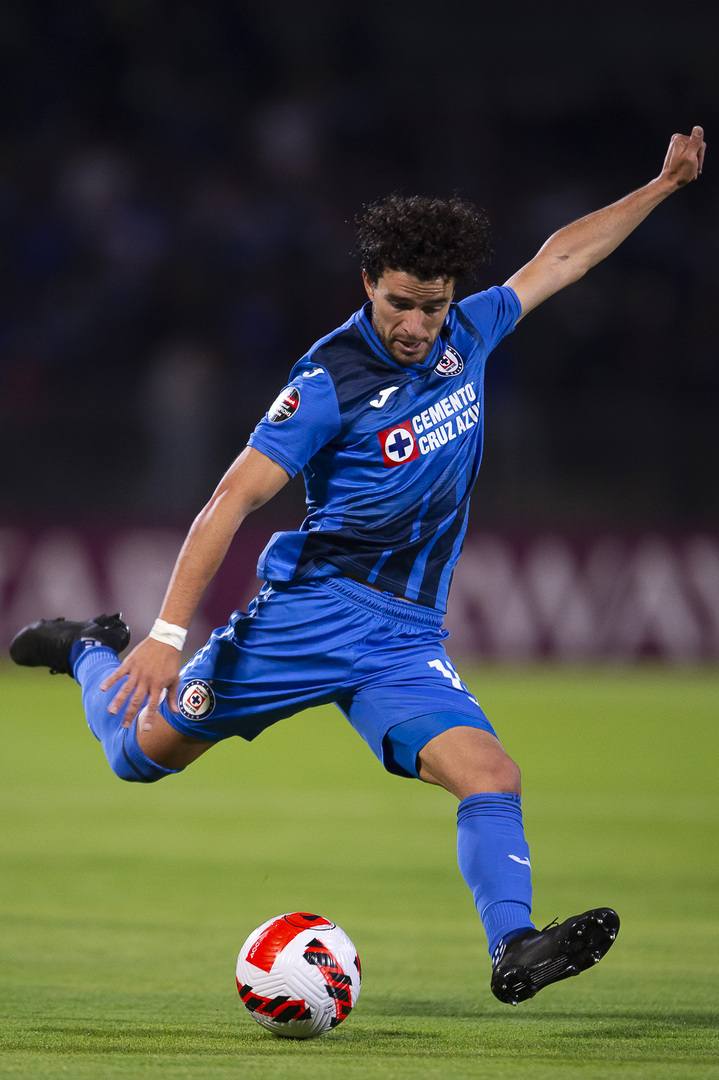 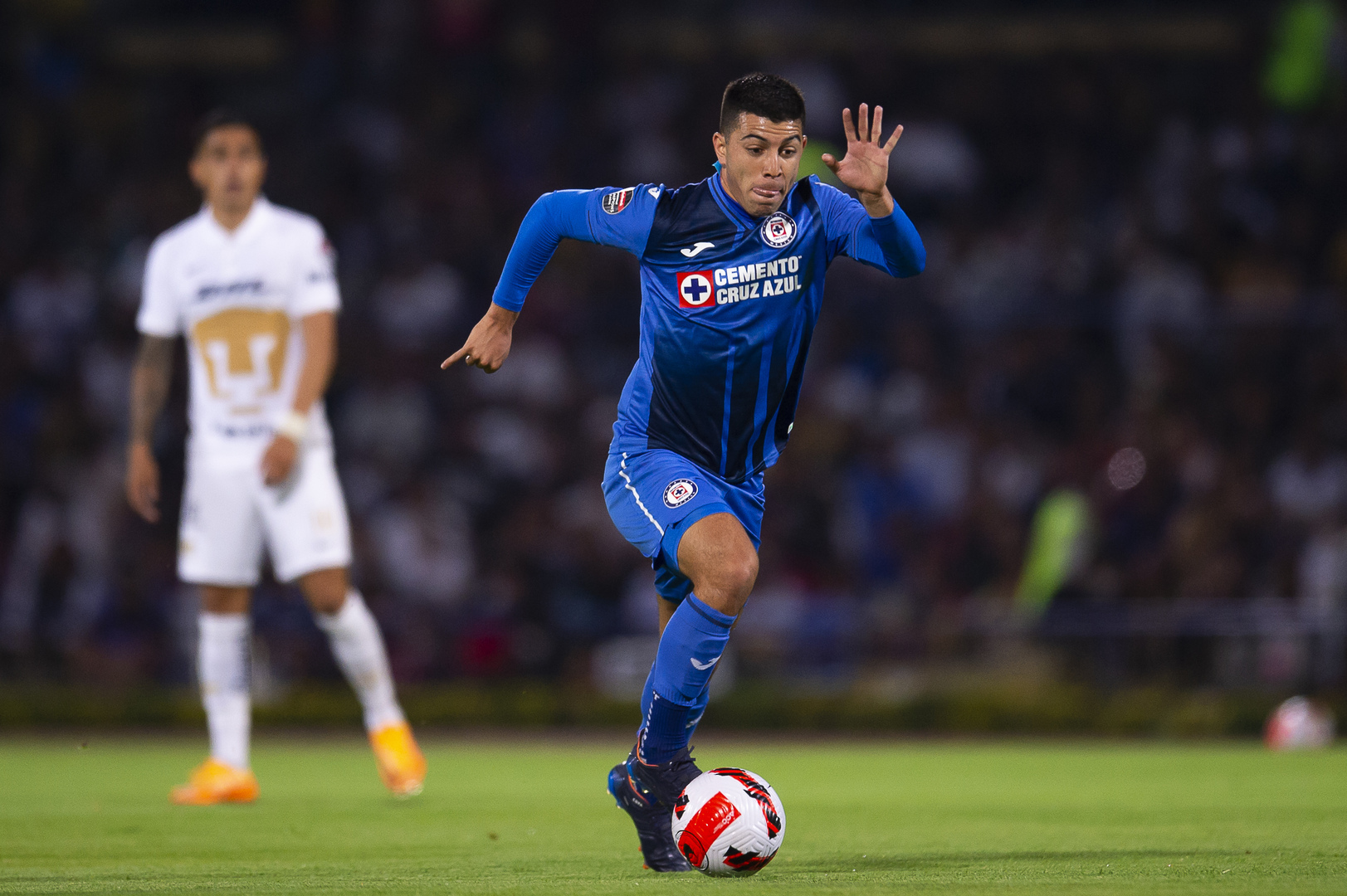 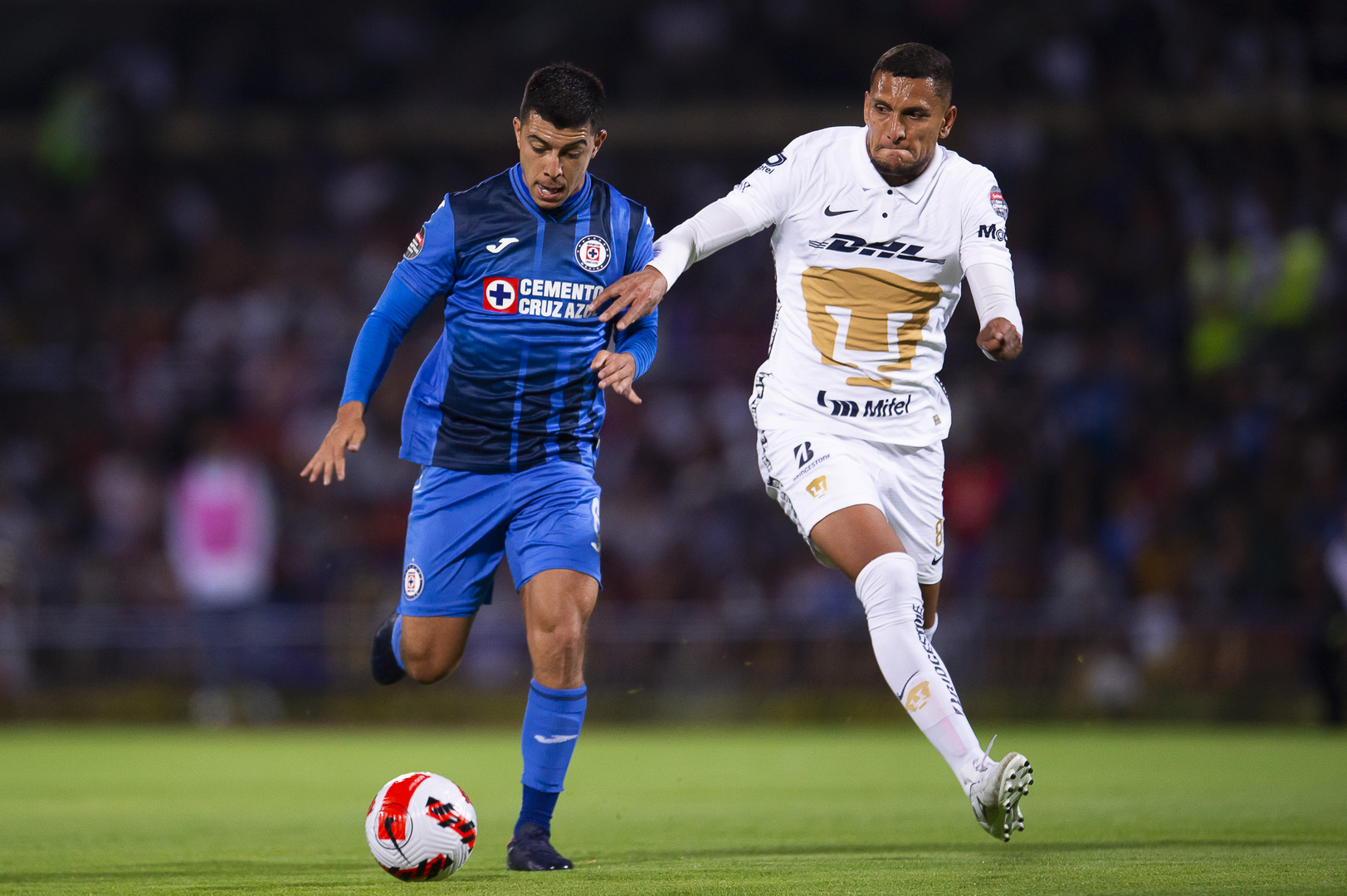 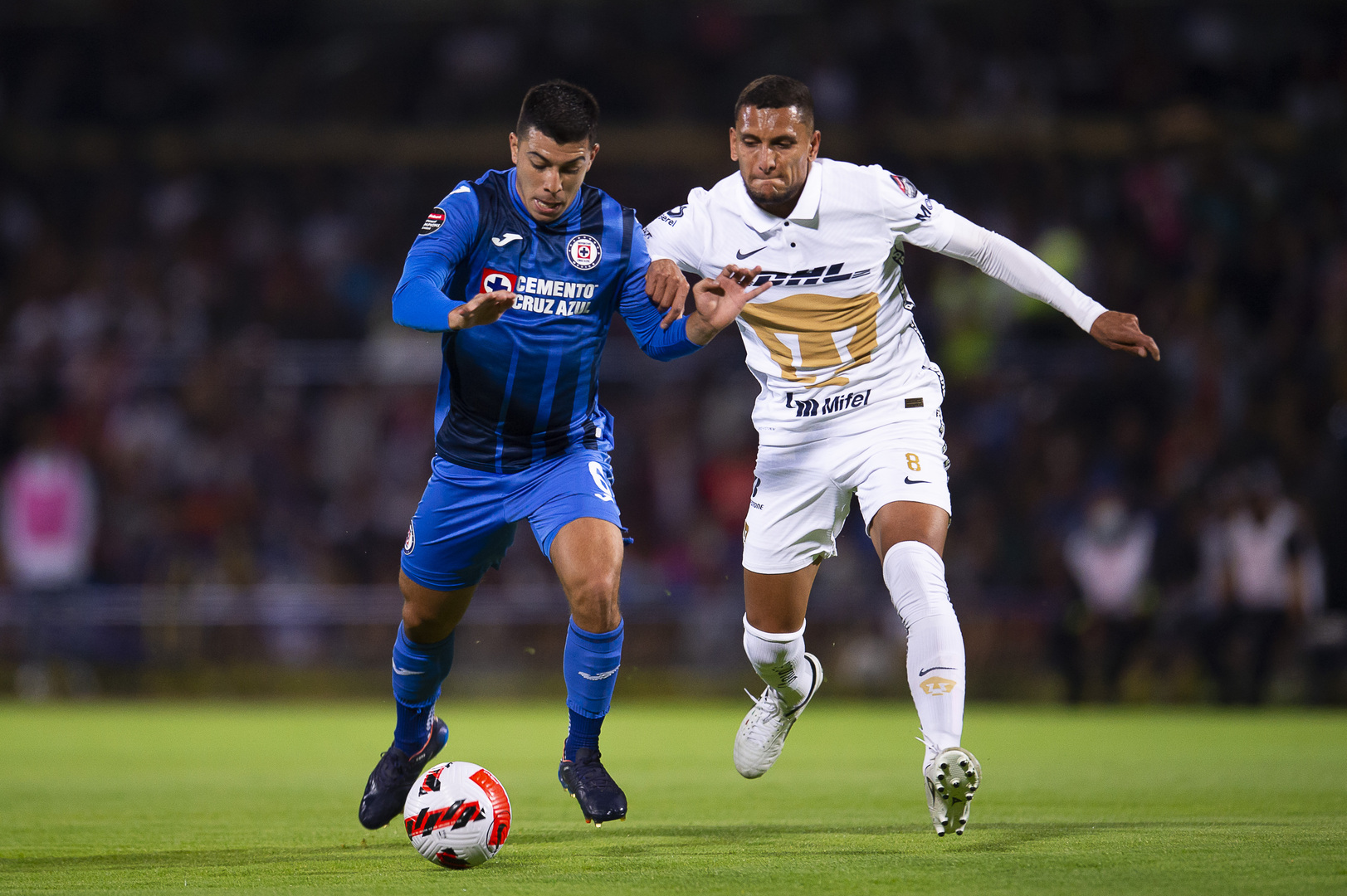 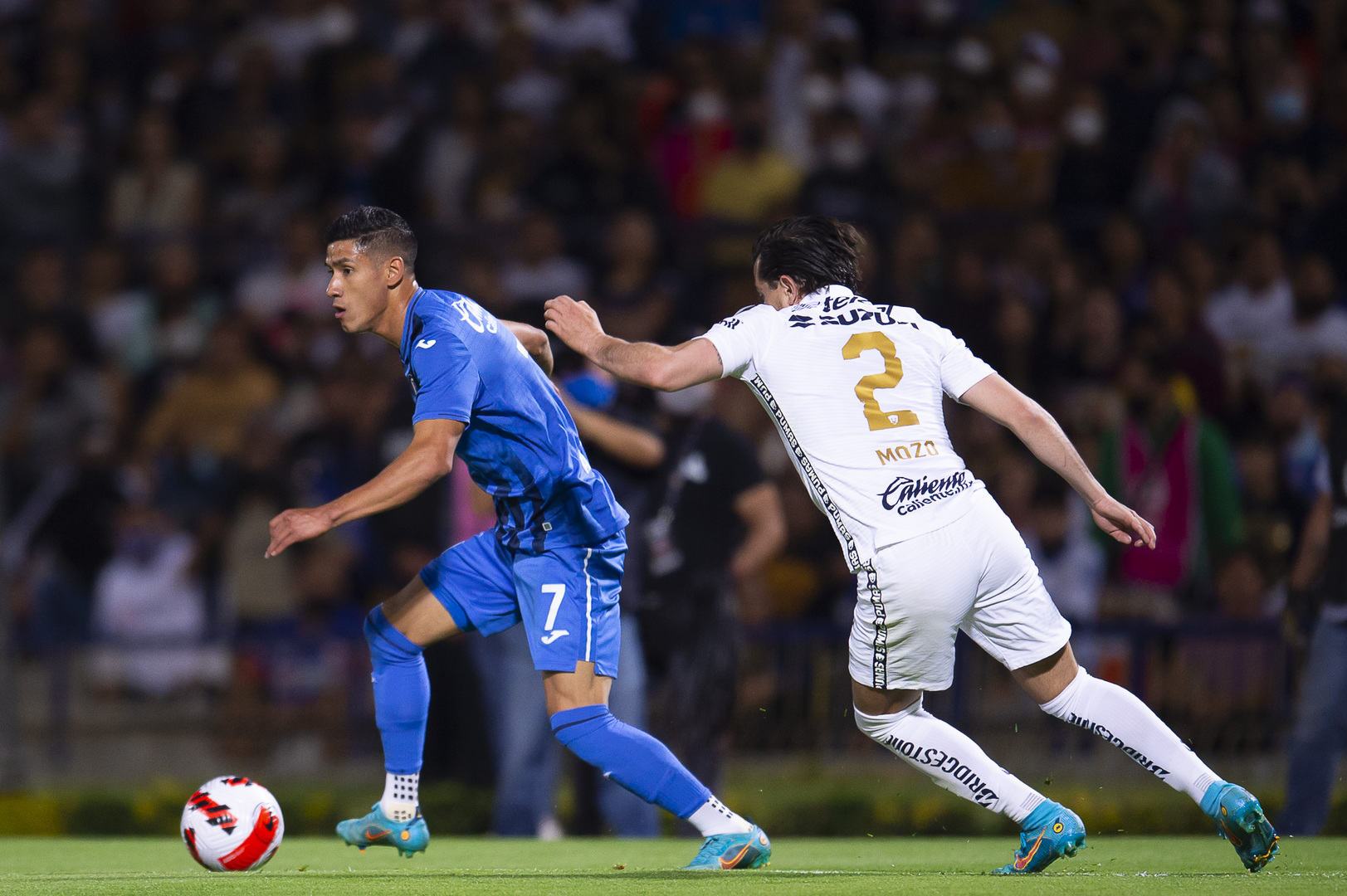 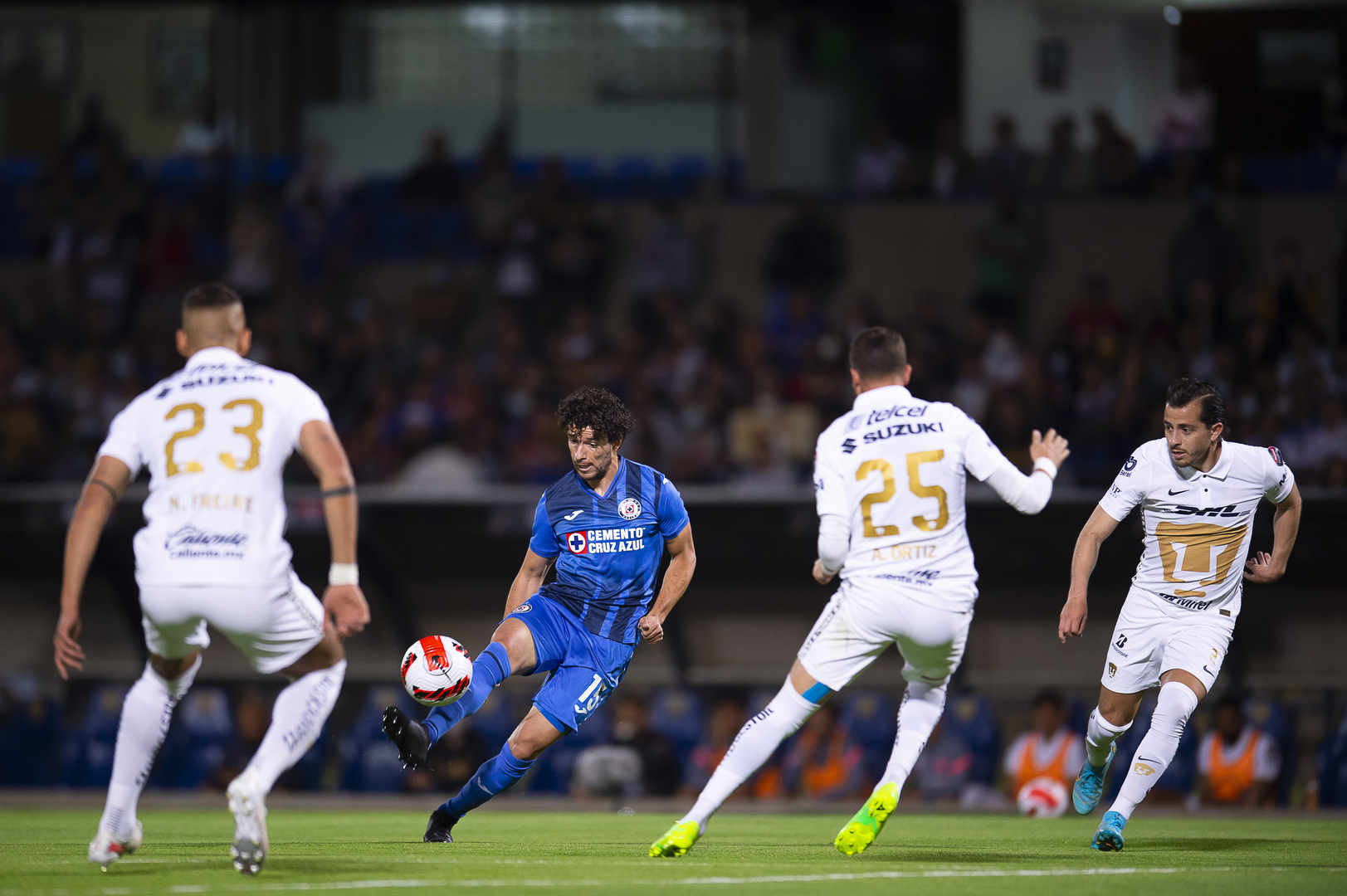 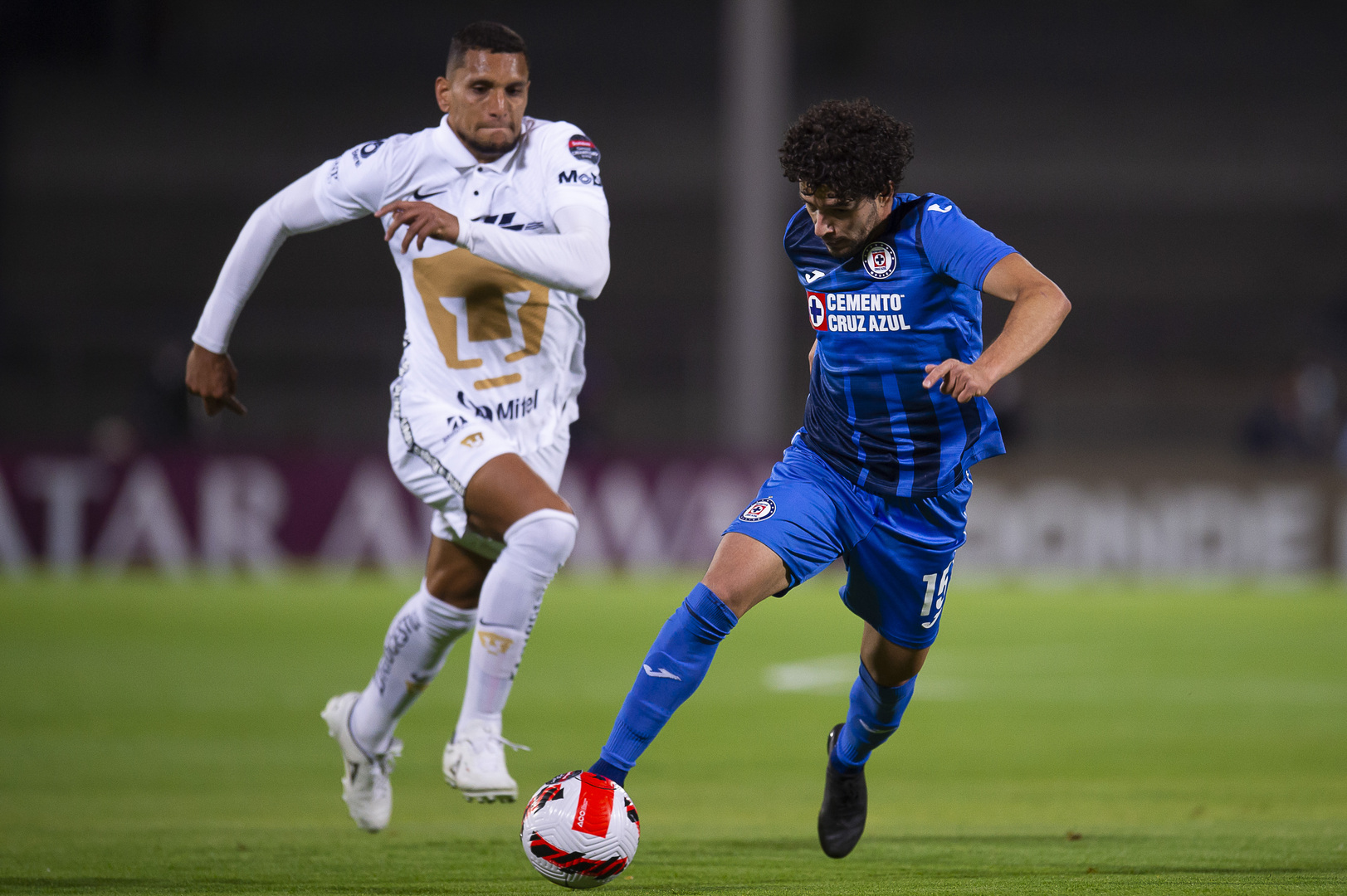