Productive week for SCCL side Club Leon in Liga MX 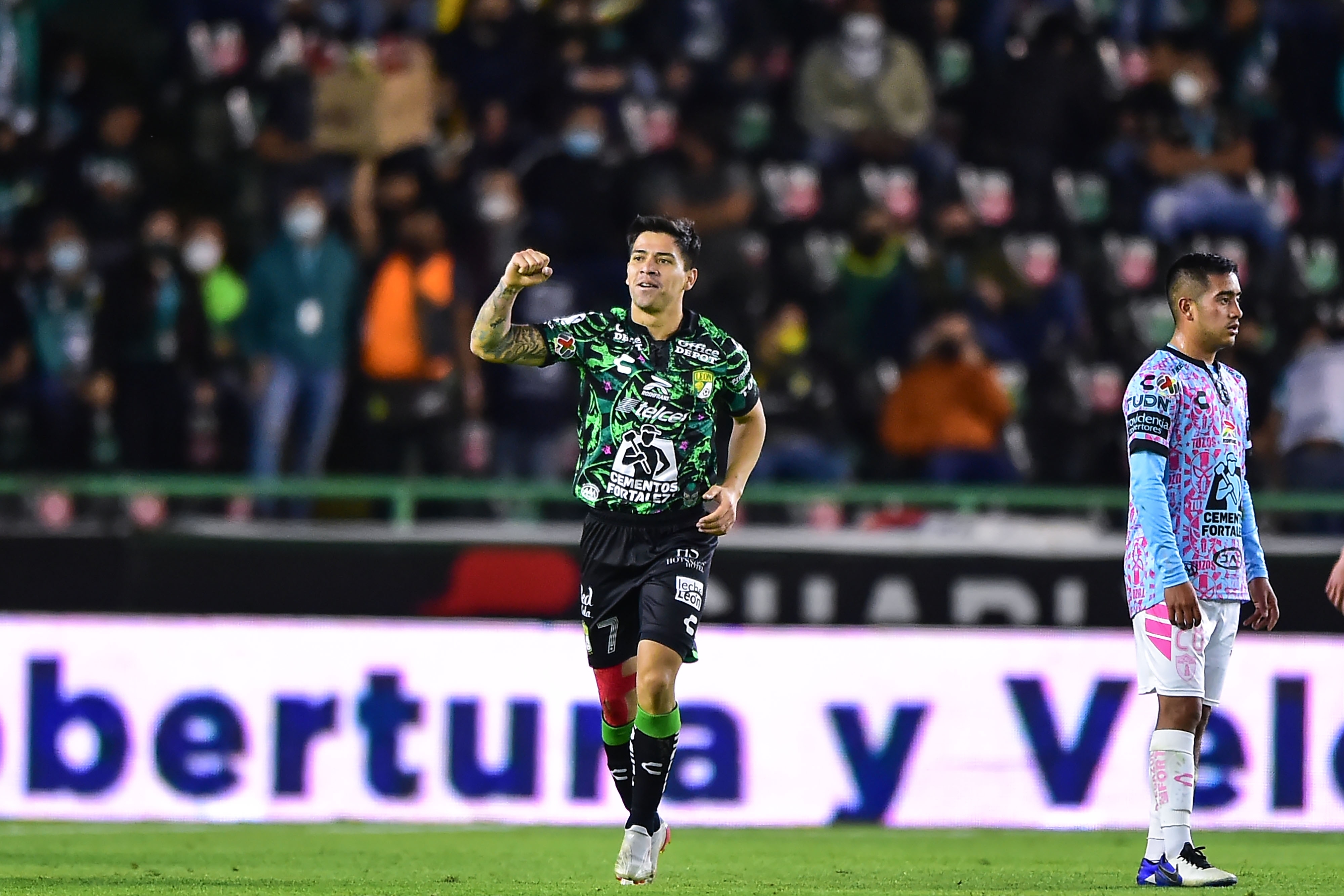 Victor Davila of Club Leon celebrates after scoring against Pachuca in the Match Day 3 of the Torneo Clausura of Liga BBVA MX at Nou Camp Stadium on January 22, 2022 (Photos Mexsport/ Concacaf)

Productive week for SCCL side Club Leon in Liga MX

MIAMI, Florida – It was a very busy and productive week for 2022 Scotiabank Concacaf Champions League side Club Leon, who were in action twice in the last seven days in the 2022 Liga MX Clausura.

Last Wednesday, in a rematch of the 2021 Apertura Final, Club Leon battled to a 1-1 draw with Atlas courtesy of an Angel Mena penalty conversion in the 22’ to earn a point. La Fiera were then back in action on Saturday at home against Pachuca and impressed in a 2-1 victory against the Tuzos.

It was a quick start for Club Leon, who jumped out to a 1-0 lead in the 2’ thanks to a slick one-two combination between Andres Mosquera and Jean Meneses, with the former firing a right-footed rocket into net.

A William Tesillo own goal brought Pachuca level 1-1 in the 32’, but Club Leon would reel in the three points thanks to a header from Victor Davila for the game-winning goal in the 58’.

Cruz Azul stayed unbeaten on the young season after a 2-2 draw at 2021 SCCL champions Monterrey.

Former Rayados man Carlos Rodriguez helped serve up the opener for La Maquina with a pass into Uriel Antuna, who finished to make it 1-0 in the 31’. Bryan Angulo then doubled the lead 2-0 in the 54’ via the penalty spot, but a late surge from Monterrey with a pair of goals in second half stoppage time resulted in a share of the spoils.

Pumas suffered their first defeat of the season, falling 2-1 to visiting Tigres on a last-minute goal from 2020 SCCL Golden Ball winner Andre-Pierre Gignac.

A composed left-footed finish from Jeronimo Rodriguez in the 31’ gave Pumas a 1-0 advantage, but Tigres would rally late through Nicolas Lopez in the 78’ and Gignac’s winning score from the penalty spot in the 90+7’.

The fourth Liga MX side in this year’s SCCL, Santos Laguna, endured a frustrating evening in a 4-1 home defeat to Necaxa. A sending off for Jordan Carrillo in the 19’ left the Torreon club playing with 10 men for the majority of the match.

They got a lift when Felix Torres scored for Santos in the 36’ to make it 1-0, but after that it was all Necaxa, who scored four straight goals to cement the win.