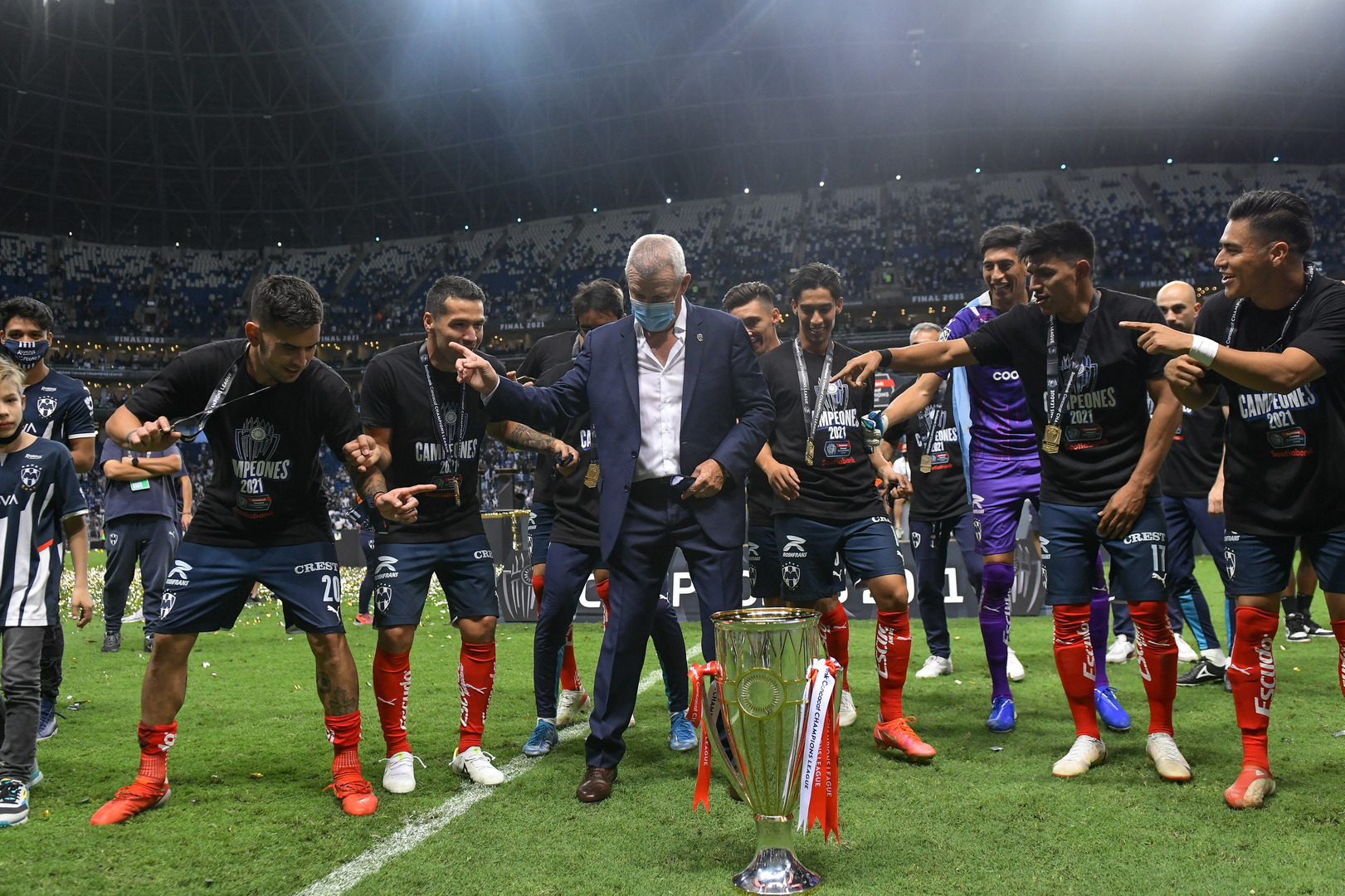 Javier Aguirre (center) celebrates with the Monterrey players after winning the title against Club América on October 28, 2021, which earned them the ticket to their fifth appearance at the FIFA Club World Cup in 2022.

FIFA confirmed the dates of the tournament, which is set to take place February 3-12, 2022 in the United Arab Emirates, featuring seven teams from all six confederations.

Five-time SCCL champions Monterrey will kick off their quest for a first ever FCWC Final when they clash with 2020-21 CAF Champions League winners Al Ahly in the quarterfinal stage.

The winner of that quarterfinal will advance to the semifinals where they will face 2021 Conmebol Copa Libertadores winners Palmeiras of Brazil.

Monterrey will seek to equal the accomplishment of city rivals Tigres, who became the first Concacaf club to reach the Final of the FCWC in the 2020 edition, ultimately narrowly falling to German giants Bayern Munich, 1-0.

The 2021 FCWC will mark Monterrey’s fifth appearance in the tournament, with their best previous finish coming in 2012 and 2019 when Rayados finished in Third Place.

Monterrey’s quarterfinal match with Al Ahly will be the third FCWC encounter between the two sides. Monterrey defeated Al Ahly 2-0 in the Third Place Match of the 2012 edition and earned a 5-1 victory in the Fifth Place Match in 2013.