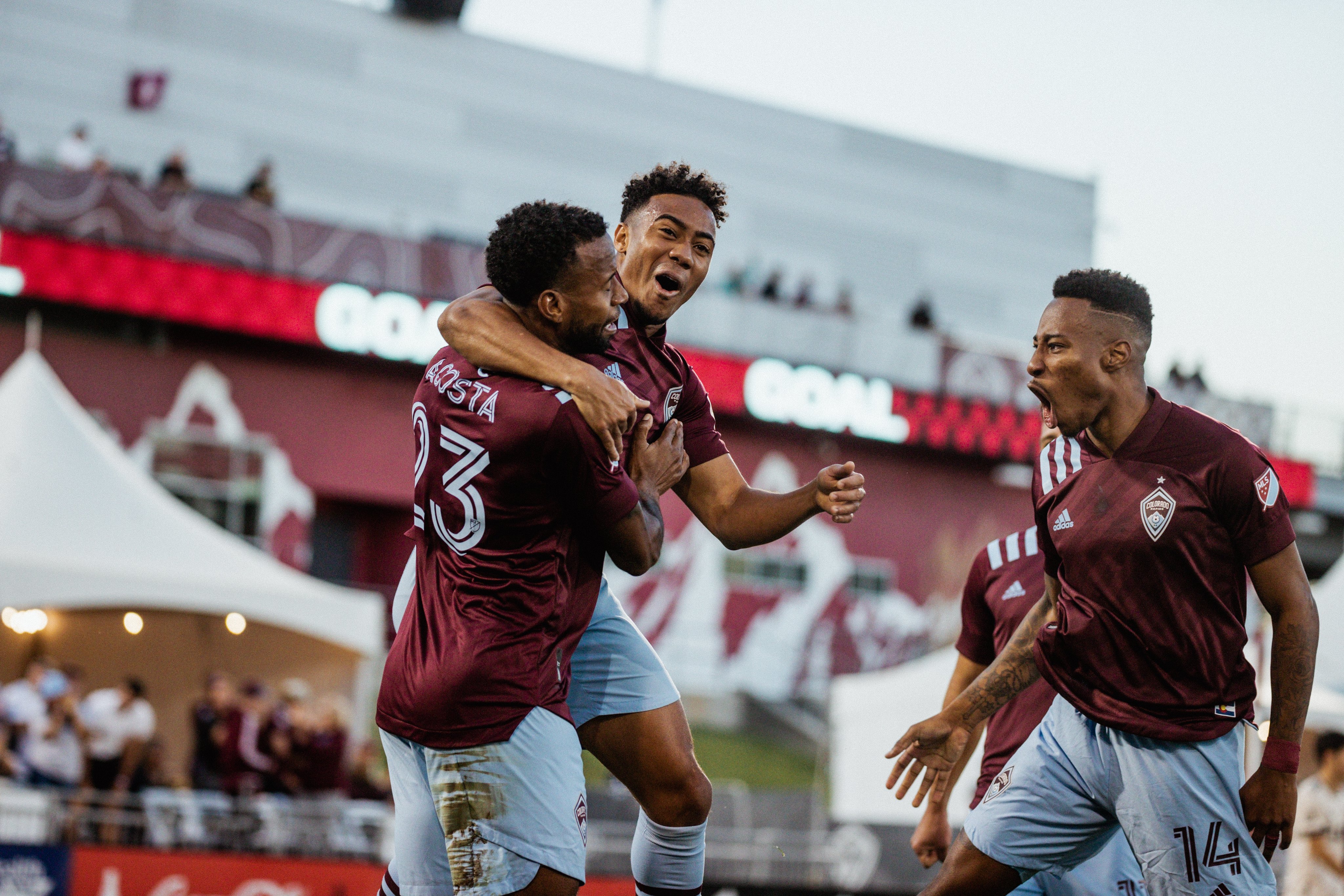 The Rapids will appear in the SCCL for the third time in their history and their first since the 2018 edition.

On a dramatic final day of the season, the Colorado Rapids finished atop the Western Conference with 61 points, while Seattle finished a point behind in second place with 60 points.

By virtue of being the Western Conference regular season champion, the Rapids have qualified for the 2022 SCCL, while the Sounders have qualified as the team with the best record among non-conference champions.

The two clubs join 2021 MLS Supports Shield winners and Eastern Conference champions New England Revolution as three of four teams from the United States to compete in the 2022 SCCL.

The final U.S. berth in the 2022 SCCL will be awarded to the winner of 2021 MLS Cup. Should New England, Colorado, Seattle or Vancouver (Canadian-based MLS clubs qualify via the Canadian Championship) win the MLS Cup, then the team with the next best overall record, Sporting Kansas City, will qualify for the 2022 SCCL.

Rounding out the list of teams qualified for the 2022 SCCL will be the winner of the 2021 Canadian Championship, with the Final scheduled to take place between CF Montreal and Toronto FC.

2020 Guardianes champions Club Leon will return to the SCCL for a third consecutive season and fourth overall. The Liga MX side will be seeking their first ever series win in the SCCL.

2020 Guardianes runners-up Pumas will compete in the SCCL for the first time since the 2016-17 campaign when they finished as quarterfinalists. Pumas will be participating in their fifth SCCL and hope to win their first ever SCCL title.

The Torreon club are also a stalwart when it comes to Concacaf competition and will be playing their seventh SCCL and first since 2019 thanks to a runner-up finish in the 2021 Guardianes. Santos’ best SCCL finish came in the 2011-12 and 2012-13 editions when they were runners-up.

The Revolution will be appearing in the SCCL for the first time since the inaugural edition in 2008-09. The Revolution have already secured a place as the MLS Eastern Conference regular season champions, but could still qualify as 2021 MLS Cup champions or 2021 MLS Supporters Shield winners.

The Rapids will appear in the SCCL for the third time in their history and their first since the 2018 edition. Colorado have already secured a place as the MLS Western Conference regular season champions, but could still qualify as 2021 MLS Cup champions.

The Sounders will be appearing in the SCCL for a seventh time, tops among all clubs from the U.S., with their last previous appearance coming in 2020. Seattle’s best finish came in the 2012-13 edition when they reached the semifinals. The Sounders qualified as the non-conference champion with the best overall record, but could still qualify as 2021 MLS Cup champions.

The 2022 SCCL will mark Cavaly’s first ever adventure in the SCCL after topping Suriname’s Inter Moengo Tapoe to claim the 2021 FCCCC. Cavaly are currently the only team qualified that will be making their SCCL debut and will become the fifth different Haitian side to appear in the tournament.

After debuting in the SCCL in 2019, Guastatoya are back by virtue of their performance in the 2021 SCL. After eliminating Costa Rican giants Deportivo Saprissa 3-3 on aggregate via the away goal tiebreaker in the SCL Round of 16, Guastatoya advanced directly to the semifinal round, and thus qualified for the 2022 SCCL.

Comunicaciones will appear in the SCCL for the seventh time and their first since 2020 due to their performance in the 2021 SCL. Comunicaciones have qualified as either a 2021 SCL semifinalist or as one of the two top ranked losing quarterfinalists.

Motagua are back in the SCCL for the first time since 2020 as one of the four semifinalists in the 2021 SCL. Motagua defeated fellow Honduras club Marathon 4-0 on aggregate in the 2021 SCL quarterfinals to punch their ticket to a sixth SCCL.

Santos de Guapiles have qualified for the SCCL for the first time in their history as one of the two best ranked losing quarterfinalists in the 2021 SCL. Santos will be the eighth different team from Costa Rica to compete in the SCCL.

Costa Rican giants have qualified for a third straight SCCL as either a 2021 SCL semifinalist or as one of the two top ranked losing quarterfinalists. The three-time Concacaf club champions will be making their 10th appearance in the tournament, the most among all teams from Costa Rica and second-most among all teams in Concacaf (Olimpia, 12).

Forge is the first team from the Canadian Premier League to qualify for the SCCL after reaching the semifinals of the 2021 SCL thanks to a 4-3 aggregate win over Santos de Guapiles in the quarterfinals. Forge are the fourth different team from Canada to appear in the tournament.