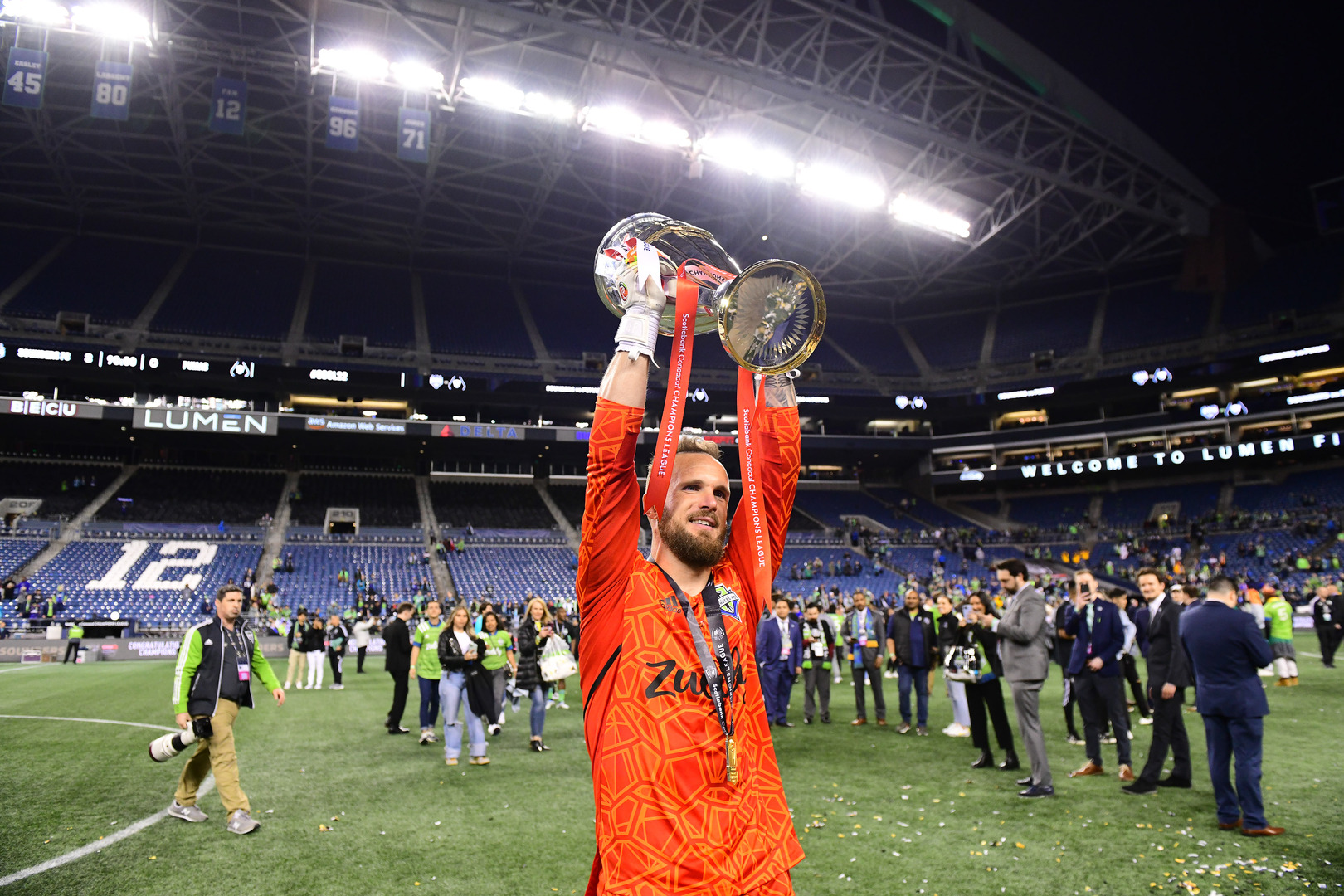 After playing every minute of Seattle’s eight matches and recording four clean sheets, the 36-year-old took became the first GK to win the Scotiabank Best Player Award as the tournament’s most valuable player.

SEATTLE, Washington – The Seattle Sounders are champions of the 2022 Scotiabank Concacaf Champions League and a big reason for their success throughout the tournament was the play of GK Stefan Frei.

After playing every minute of Seattle’s eight matches and recording four clean sheets, the 36-year-old not only took home the Best Goalkeeper Award, but he also became the first GK to win the Scotiabank Best Player Award as the tournament’s most valuable player.

Needless to say, it is a distinction that Frei cherishes greatly.

“I appreciate it. It means I was able to do what I was supposed to do in most instances, but full credit to the team,” said Frei in an exclusive interview with Concacaf.com following Wednesday night’s Final.

“It could have gone to anyone because we had a really strong tournament. We had good performances throughout from multiple players and I’m just so happy that we were able to win the team trophy in the end,” added Frei.

Seattle’s SCCL conquest means that they are the first team from Major League Soccer (MLS) to have won the tournament.

Combined with the start of the 2022 MLS season, it has been a long, arduous road for the Sounders, who started with a Round of 16 date against Motagua of Honduras and then had to navigate their way past Mexico’s Club Leon and reigning MLS champions New York City FC before defeating Liga MX side Pumas in the Final.

“I think the difficult thing is the constant switching between this tournament and the league. We’re trying to chug along in league and not dig ourselves too much of a hole; it’s mentally very tiresome to go back and forth.

“This was a goal of ours, to achieve history and we felt in preseason that on paper we were an exceptional team. It makes it difficult to go straight out of preseason into Concacaf, but I think we grew as the tournament went on. We had some string opponents in Leon, NYCFC and Pumas as well. It’s nice to know that we earned it. We played against good opponents and in the end, we came through and made history,” said Frei.

Wednesday’s triumph also means that the Sounders are headed to their first ever FIFA Club World Cup where they could potentially face the likes of either Real Madrid or Liverpool in the tournament.

To have the chance to go up against one of those European giants in a meaningful match is the stuff of which dreams are made.

“It’s uncharted territory. In a competitive match, it would be huge. I’ve had the pleasure of playing in all-star matches against Real Madrid and friendlies against big teams, which is awesome, but in an actual competitive match would be huge. You are representing Seattle and your family and friends. You’re representing the whole league. It’s a huge opportunity and something that we should be very proud of,” concluded Frei.