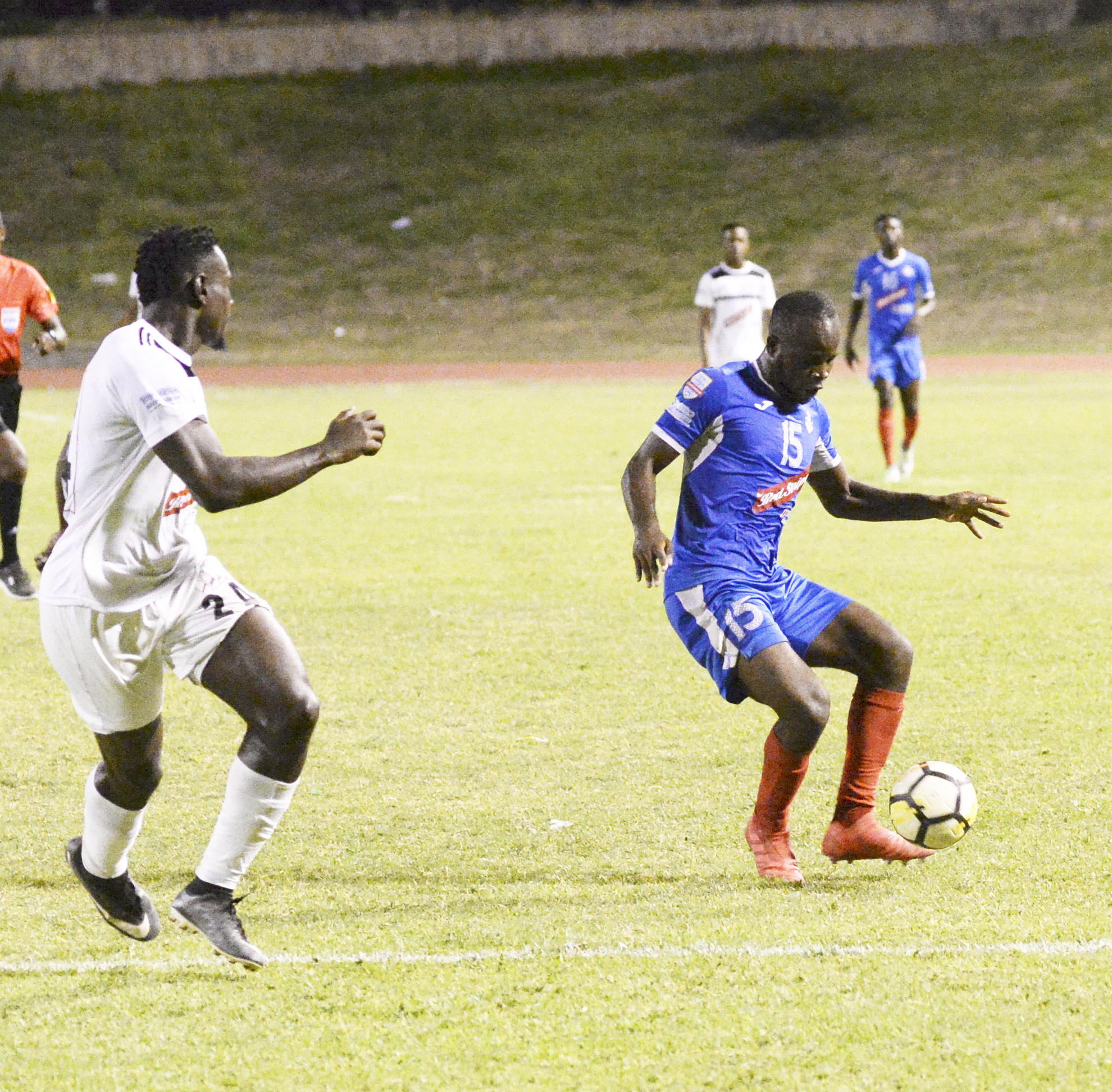 KINGSTON, Jamaica --- Red Stripe Premier League (RSPL) champions Arnett Gardens trail in their semi-final tie with Waterhouse FC when they went down 0-1 in a pulsating encounter at the Drewsland Mini-Stadium in Kingston on Monday night.

Waterhouse, a former champion of Jamaica’s topflight competition, got its winning goal from Tremaine Stewart in the 55th minute to take the lead going into next Monday’s return match-up.

Waterhouse, which last won the title back in the 2005-06 season, has struggled in the past couple of seasons, but has seen a revival since the return of coach Donovan Duckie.

Despite the loss, Arnett Gardens coach Jerome Waite, while saluting both teams for a game well played, expressed confidence that his charges will bounce back in the return-leg at the team’s home ground, the Anthony Spaulding Sports Complex.

“It was a remarkable display of concentrated football from both teams, but what I can promise is that there will be a ‘rumble in the Jungle’ for the return leg,” he said.

In the other semi-final tie, former champions Portmore United and Cavalier SC played to 0-0 scoreline on Sunday at the Stadium East field. Both have it all to play for in the decisive leg next Sunday.

Cavalier, a former national champion in 1980-81, was left lamenting its inability to make the most of its one-man advantage after Portmore was reduced to 10 players in the 71st minute when Andre Dyce was given his marching orders.

Both teams had good chances to score, starting with Cavalier’s Alex Marshall who fired straight at Portmore goalkeeper Kemar Foster from close range in the 19th minute.

At the other end, Portmore Maalique Foster decided to go for glory in the 25th minute, shooting from an acute angle while a teammate was open for the pass inside.

All four teams are not only fighting for the RSPL title, but for the two spots up for grabs in the re-branded Concacaf Caribbean Club Championship.

Portmore and Arnett, who are Jamaica’s representatives in this year’s tournament, have advanced to the final stage.