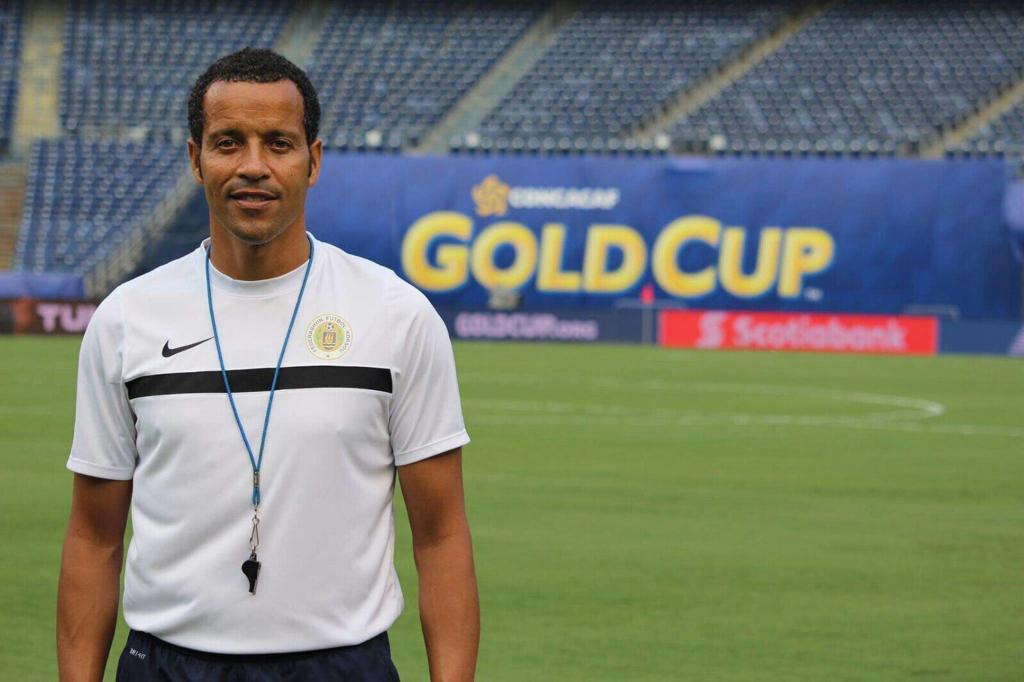 MIAMI, Florida – There is perhaps no team that has experienced a more meteoric rise within Concacaf in the last several years than Curacao. After previously never having qualified for a Concacaf Gold Cup prior to 2017, Curacao have appeared in the last two editions of the tournament and finished as quarterfinalists in 2019.

The man at the helm of this rise has been Remko Bicentini, who will guide Curacao into a third successive Gold Cup in 2021 after posting a second-place finish in Group D of the 2019-20 Concacaf Nations League.

Bicentini recently spent some time answering a series of questions from Concacaf.com about his time as Head Coach of Curacao and the future of football on the island.

Concacaf: What is your fondest memory of Curacao's 2019 Gold Cup run to the quarterfinals?

Remko Bicentini: What I liked most was our resilience. Against El Salvador, we started too cautious, but then against Honduras where we had a difficult first half, we turned the game around in the second half with enormous resilience and drive, resulting in the 1-0 victory. We didn't have many chances, but the chances we got, we were effective and defensively, we learned from our mistakes from the Gold Cup 2017.

Against Jamaica, it actually went almost the same way. In the second half, we played with the absolute will to win, and just before time Jurriën Gaari scored the 1-1 with a hard, long shot, really a world-class goal. The quarter-finals against host country USA was also a match to remember. We played well with organization, with a lot of guts and the absolute will to win.

Concacaf: What was the biggest thing you think your team learned during the 2019 Gold Cup?

RB: The biggest thing my team learned during the Gold Cup 2019 was that when you lose your first game of a tournament, nothing is lost. Of course, it is important not to lose your first game, we did that against El Salvador, but the players have shown that if you believe in your own ability, as a team you can achieve a lot.

Concacaf: How would you assess your team's performance in the Concacaf Nations League against Haiti and Costa Rica?

RB: We were in a tough group and started the Nations League well, with the 1-0 home win over Haiti. In the away game four days later, we played under very sad circumstances (our reserve goalkeeper, Jarchino Pieter, died in our players' hotel in Haiti) and we played to a 1-1 draw. Unfortunately, we missed a great opportunity to make 1-2 in the final phase. This match was too bizarre for words. Everyone was thinking about our deceased goalkeeper and his family and relatives. The third game in Costa Rica, you would have signed up for 0-0, but we did not take advantage of four great scoring opportunities, and at this high international level you only get a few chances per game and you have to be effective. The last game at home in Curaçao we had a chance to finish the job. With a win, we would be group winners. Unfortunately, we lost 1-2. I am satisfied, though, with our performance in this Nations League.

Concacaf: What does it mean that Curacao has now qualified for three straight Gold Cups?

RB: It means a lot to Curaçao. The people are also very happy with this. We are keen to make it a great success again in 2021. It is also fantastic to be a good example for the youth in Curaçao. For players, it is also important that we go to such a big tournament again, this will only make us stronger. You can also see how much the team grew from 2017 to the Gold Cup 2019 that we played. And in order to keep getting better, you have to be part of these kinds of tournaments and play big games.

Concacaf: Once the COVID-19 pandemic ends, what will your preparation be for the 2021 Gold Cup?

RB: Once the COVID-19 pandemic has ended, we will play the qualifying matches for the 2022 FIFA World Cup in Qatar and then again prepare for the 2021 Gold Cup.

Concacaf: How have you grown as a national team coach with Curacao?

RB: My big benefit is that I have been able to work under three previous national coaches since 2007, before I was appointed head manager and national coach of Curacao in 2016. I saw that all three previous national coaches had their own style, and I have also learned to keep my own style. I learned in that period 2007-2016 what is and what is not functional to be successful as a national coach. My advantage is that I know all the players well, with some of them already working for 10 years. As a national coach, I have also grown through the successful results. Caribbean Champion in 2016, Winner of the Kings Cup in Thailand, League A of Nations League, third time qualified for the Gold Cup. My absolute goal is the Qatar World Cup.

Concacaf: What has it meant to the people of Curacao to see their footballers go toe-to-toe with the best teams in the Concacaf region?

RB: It means a lot for the Curacao people to see how our footballers compete against the best teams in the Concacaf region. The games against Mexico, Honduras, USA, Jamaica, El Salvador are also what you want to give to the people. The Curaçao people are also our 12th man in the field. They really support and support us wherever we are, and I and the players get that every time. The island is turned upside down when we play at home against. Without the great support of our people, we would not have been so successful. We are going to let the Curaçao people enjoy our matches even more.