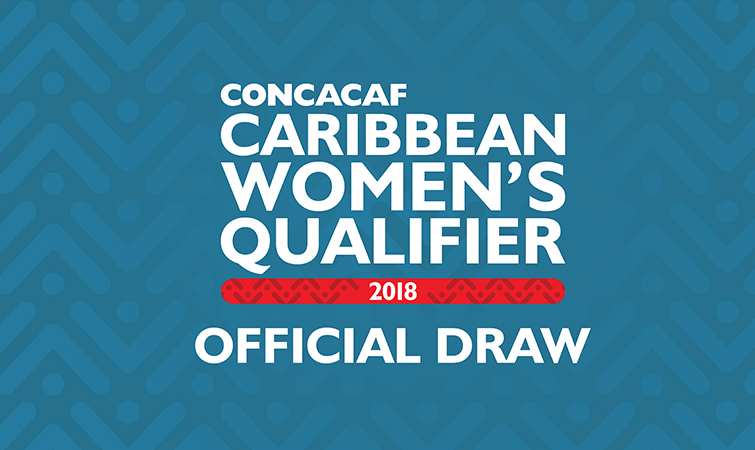 The 2018 Concacaf Caribbean Women’s Qualifier, set to kick off on May 5, will be disputed in two stages. For the first stage of the regional qualifier, the 23 participating member associations were sorted into three groups of five and two groups of four teams.

For the draw, round one hosts Dominican Republic, Haiti, Trinidad & Tobago, Antigua and Barbuda and Guyana were pre-seeded into position one of Groups A, B, C, D and E respectively. The other 18 participating member associations were ranked and divided into three pots of five and one pot of three.

The final round of the Caribbean qualifying will be disputed August 18-26, among the first stage group winners, while the top three finishers of the final round will qualify for the 2018 Concacaf Women’s Championship.

The United States will welcome the region’s top women’s national teams for the 2018 Concacaf Women’s Championship, which will crown a regional champion and qualify three teams directly for the FIFA Women's World Cup France 2019, plus the fourth-place finisher to an intercontinental playoff. The women’s championship is schedule to be played October 4-17, 2018. Venues, dates, information on the location and format of the tournament draw will be announced in the coming weeks.