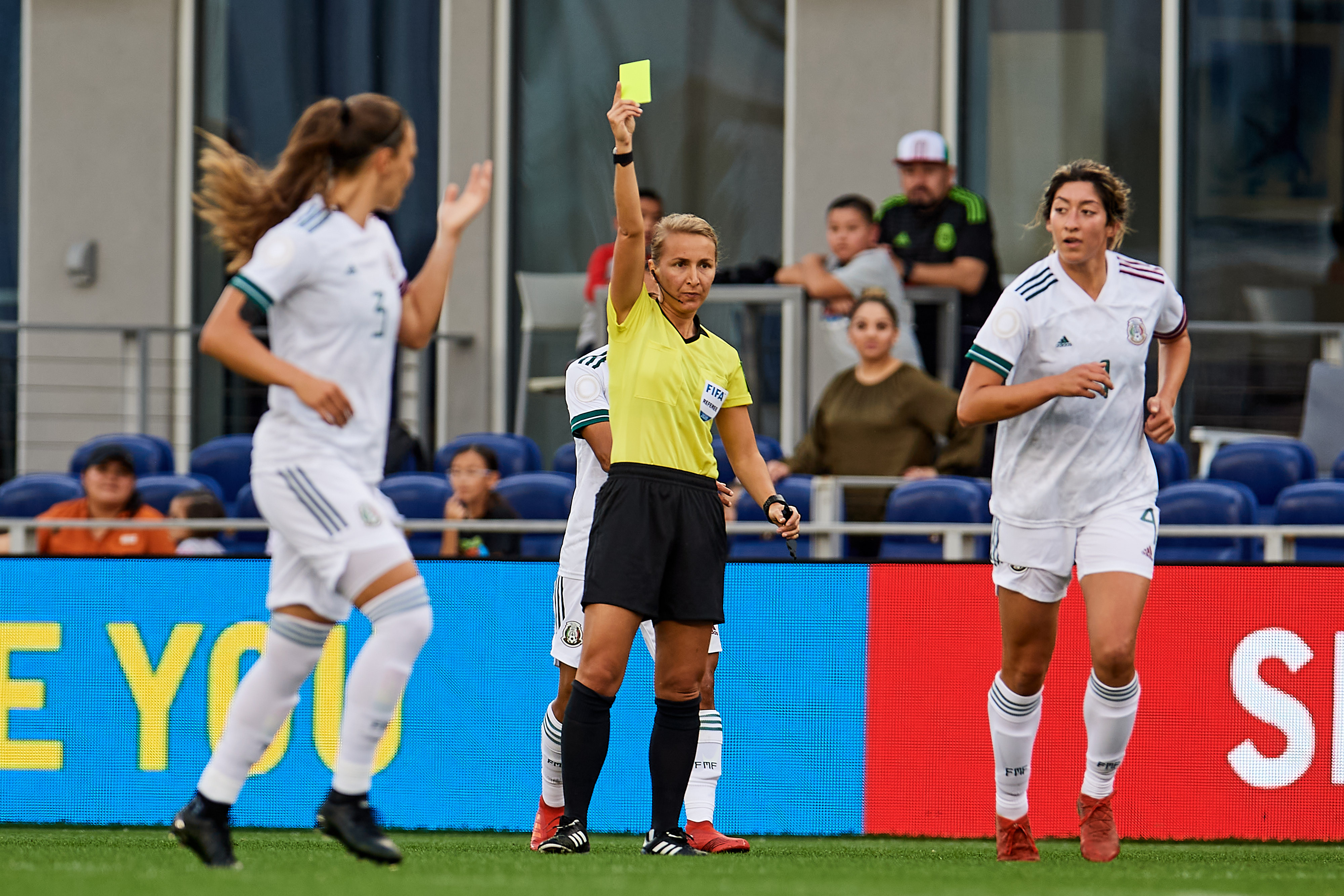 MIAMI, Florida – When Concacaf referee Ekaterina “Katja” Koroleva is not officiating some of the region’s most important women’s national team tournaments, she works as a Physician Assistant in the Emergency Room with Team Health at Regional Medical Center in San Jose, California.

That means at present she is on the frontlines battling against the COVID-19 pandemic, working nights in hopes of bending the curve soon.

“It is exhausting, fulfilling, challenging and exciting. This is all new medicine,” said Koroleva in an exclusive interview with Concacaf.com.

“The virus is new in many ways. We are all finding new pathways on how to deal with this, learning from one another, trying to treat a large number of patients who are both anxious and worried about it. Many are ill, many are afraid of spreading the virus to their significant others, their families, so it is navigating new territory for everyone. But I think the community here in San Jose has done a great job of isolating, using social distancing and taking this seriously,” added Koroleva.

Koroleva is quick to remind that most people sick with COVID-19 are able to recuperate by following the guidelines of doctors.

“Everyone is worried about contracting the virus and we see a lot of death on TV, but the reality is that the majority of patients I see with COVID-19 are stable enough that they can go home and self-quarantine. They are able to take medications prescribed and treat for themselves at home and hopefully prevent the spread to other family members. Unfortunately, the really ill patients are usually of an upper age registry and have other comorbidities associated with them, but the majority of patients that I see are very stable to go home and treat this virus with supportive measures,” said Koroleva.

Those two worlds may initially appear very different, but in fact Koroleva has found there are similarities in her work in both fields.

“The biggest thing is that no two days are alike in my world. In the ER, I never know what patients I will see and what the circumstances will be. No matter how much I can prepare and how much my graduate school training can prepare me, every situation and every patient is different. That correlates exactly to the experience we have on the field in that the amount of knowledge we can have about players, about teams, about the circumstances of what we perceive will happen will be different every match. Adaptability is the biggest factor in both of my worlds.

“In addition, prioritizing. In the ER, most of the time I carry patient loads of five to eight to 10 depending on how busy we are, so prioritizing who needs immediate attention and who’s ill plays a factor. The same goes for refereeing. Prioritizing which contact, which foul selections during the match need to be called to continue creating a safe playing environment and a beautiful game for the fans and players to enjoy. Those are the two things that come to mind,” said Koroleva.

When she reflects on one of her highlights on the field as a referee, Koroleva points to the 2020 CWOQ played earlier this year in which Koroleva officiated two matches.

“It was a time when I felt most relaxed and I think it came from being comfortable in the environment, comfortable with my teammates, comfortable about the field, about my knowledge, about my capabilities as a referee and it led to good performances on the field. Players’ talents were able to be highlighted and referees including myself were not the speaking point of the media nor had negatively influenced the match,” said Koroleva.

“I think in this time we all miss the sports world. It’s something that is lacking in our days. To have this platform to come together as a community and get on the same page with consistency of refereeing is a super forward step in the Concacaf community. It gets referees education and materials to help them grow as referees in their own country and within the Confederation,” concluded Koroleva.