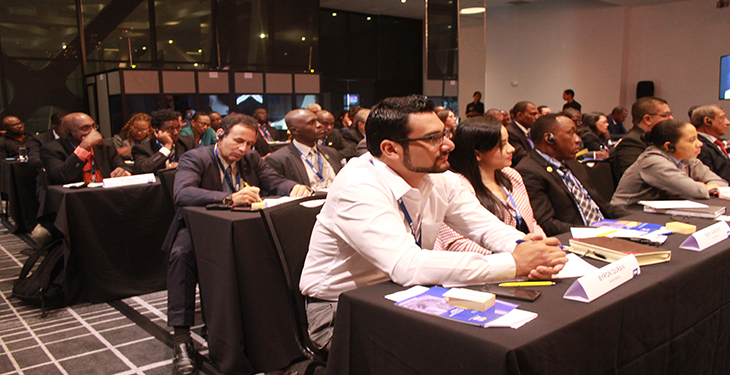 Representatives from each of CONCACAF’s 41 Member Associations attended a two-day club licensing seminar organized in conjunction with FIFA at the Sortis Hotel.

PANAMA CITY, Panama -- Representatives from each of CONCACAF’s 41 Member Associations attended a two-day club licensing seminar organized in conjunction with FIFA at the Sortis Hotel.

The event offered a comprehensive overview of professional league administration, case studies such as the successful implementation of the club licensing program by the Barbados Football Association, best practices to conduct a stadium inspection, and insights into the future of FIFA and CONCACAF club licensing.

CONCACAF’s goal is to support Member Associations in the development of leagues and clubs at all levels -- men’s, women’s, futsal and beach soccer. In 2016, the Confederation plans to launch strategies to support further the growth a women’s football.

The advancement of club football is directly related to key performance indicators within the areas of infrastructure, sporting, administration, finance, legal and social responsibility.

Since the national criteria was established January 2015 at a seminar held in Miami, several Member Associations have already started awarding club licenses at a local level.