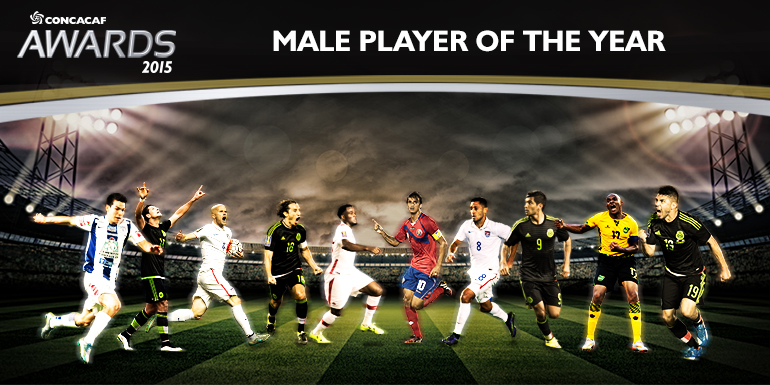 Top Performers from Across the Confederation to Be Honored; Web Voting in Fan and Media Categories Underway

Top Performers from Across the Confederation to Be Honored; Web Voting in Fan and Media Categories Underway

Miami (Tuesday, January 12, 2016) – The Confederation of North, Central America and Caribbean Association Football (CONCACAF) announced today the shortlists and the opening of fan and media voting for the third-annual CONCACAF Awards, to honor the year’s standout performers and achievements from across Confederation events.

The awards, which will be presented for the third time, have been designed to recognize the top players, coaches and referees in women’s and men’s events from the CONCACAF region.

The CONCACAF Awards honor players and achievements in CONCACAF-sanctioned tournaments and competitions involving the Confederation’s national teams at all levels, including FIFA World Cups and World Cup qualifying for both genders, in all age categories. Performances also eligible for recognition include those achieved in professional club football leagues under CONCACAF’s stewardship in North America, Central America and the Caribbean, as well as the Scotiabank CONCACAF Champions League.

Players, coaches and referees of any nationality were eligible to be nominated for the awards, as long as they meet at least one of the following criteria:

This year’s award categories are:

For the first time, fans and media will also be able to vote for the Male and Female Best XIs. In each category, a list of nominees has already been determined through voting of Technical Directors from each of CONCACAF’s 41 Member Associations and the CONCACAF Technical Study Group, which analyzes tactics and rates performances at all official CONCACAF tournaments.

The lists have now been submitted for final voting among three important stake-holding segments of the Confederation: Member Associations’ men’s and women’s national team coaches and captains, media and fans. The national team coaches and captains from across the Confederation will account for one third of the final vote, and accredited members of CONCACAF’s media circle will contribute another third of the tally. Fans from around the region and the world are invited to vote online for the final one-third segment of the vote.

Fans can have their say by visiting the fan voting page on CONCACAF.com, available here. Media should cast their ballot via the dedicated link to be sent separately to media members on CONCACAF’s distribution list.

Voting is open through 5:00 PM EST, Monday, January 18, 2016. Final votes in each of the 11 categories will be tallied and the winners announced via CONCACAF.com.