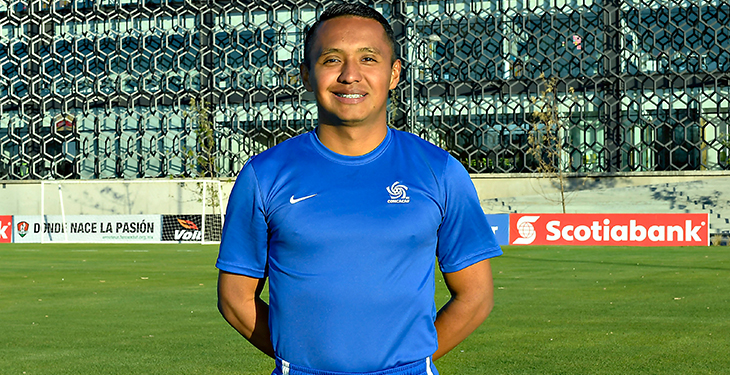 he word “development” in football is associated most often with players.

MIAMI – The word “development” in football is associated most often with players.

For example, a Member Association will introduce a new program that focuses the development of youth footballers’ skills.

Development, however, also pertains to referees. The match officials are key to any effectively presented match. It is common for them to receive a degree of scrutiny just as intense as those they oversee on the pitch.

So when meaningful outcomes are produced by a program intended specifically to enhance refereeing, that’s something to applaud.

“The success of the Program of Referee Excellence can be seen in the results,” said Brian Hall, CONCACAF’s Director of Refereeing. “CONCACAF is proud that three inaugural course graduates have earned the special recognition of becoming a FIFA Referee.

“Earning the FIFA badge is not an easy task and takes a tremendous amount of focus, dedication, passion, and commitment. It is clear that Oshane, Ivan, and Reon have committed themselves to excellence both on and off the field.”

In January 2017, CONCACAF launched PORE in conjunction with the Federación Mexicana de Fútbol (FMF). Over the course of two separate four-week sessions at the FMF headquarters in Toluca, ending in October 2017, 13 top national-level referees were trained by professional Mexican referees and FIFA instructors.

The participants – each between 18- and 25-years-old -- were required to pass the FIFA Referee Fitness Test the first week of both sessions at high altitude in Mexico City. They were immersed into a total football environment, attending daily field/classroom technical sessions, as well as specialized classes in English, social media, nutrition, leadership and other life skills.

The referees were also appointed to officiate games in the Mexican second division or below and were given feedback on their work.

Thanks to PORE’s success, Hall is confident that the program will generate even more positive results.

“I am certain that the future will see many more PORE graduates excelling and representing their member association on the world stage,” he finished.