Jamaica debuts with a defeat in the Women's World Cup 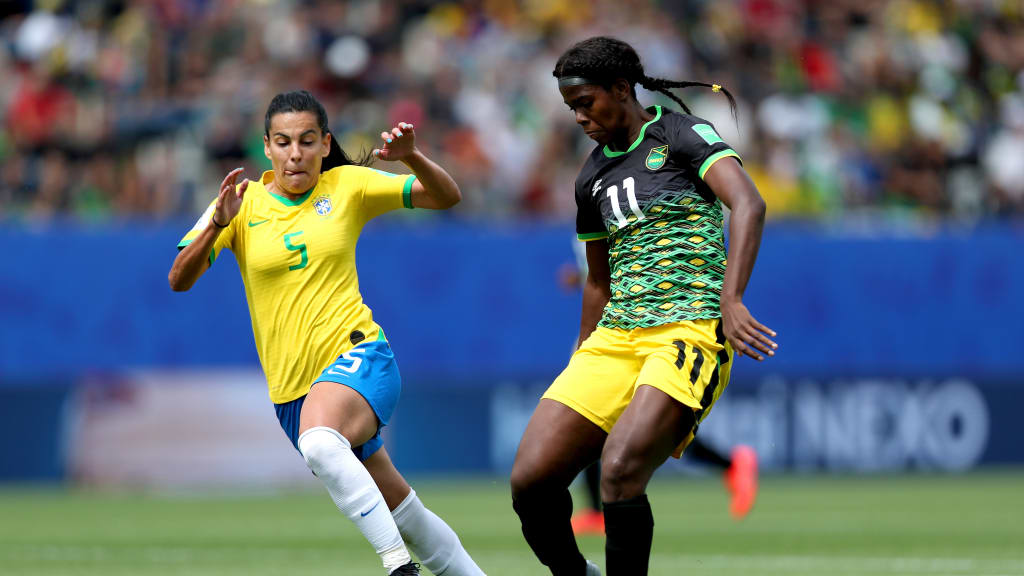 Jamaica´s Khadija Shaw # 11 seek to control the ball against Thaisa of Brasil in a Group C match of the FIFA Women´s World Cup on June 9, 2019, at Stade des Alpes, Grenoble, France.

Jamaica debuts with a defeat in the Women's World Cup

GRENOBLE, France- The Jamaican women's team debuted with a 3-0 loss in Group C of the Women’s World Cup against Brazil on Sunday at the Stade des Alpes in Grenoble France.

Jamaica, which qualified for the first time-ever to the World Cup, had Sydney Schneider in the goal and was one of their stars when saving a penalty shot against Andressa in the 38th minute and completing three fantastic saves during the match.

Cristiane marked the path of victory with a header after a cross from the left to gain the advantage and maintained it in the first half.

In the second half, a cross from the right found the scorer of the day in the far post and after being swept, she put the ball in the nets after 50 minutes.

Cristiane completed her great performance with a spectacular free kick in front of the area that hit the crossbar before crossing the goal line at the 64th minute.

In the other group match, Italy defeated Australia 2-1.

Jamaica returns to action on June 14 when they faces Italy in Stade Augustine-Delaune, Reims.