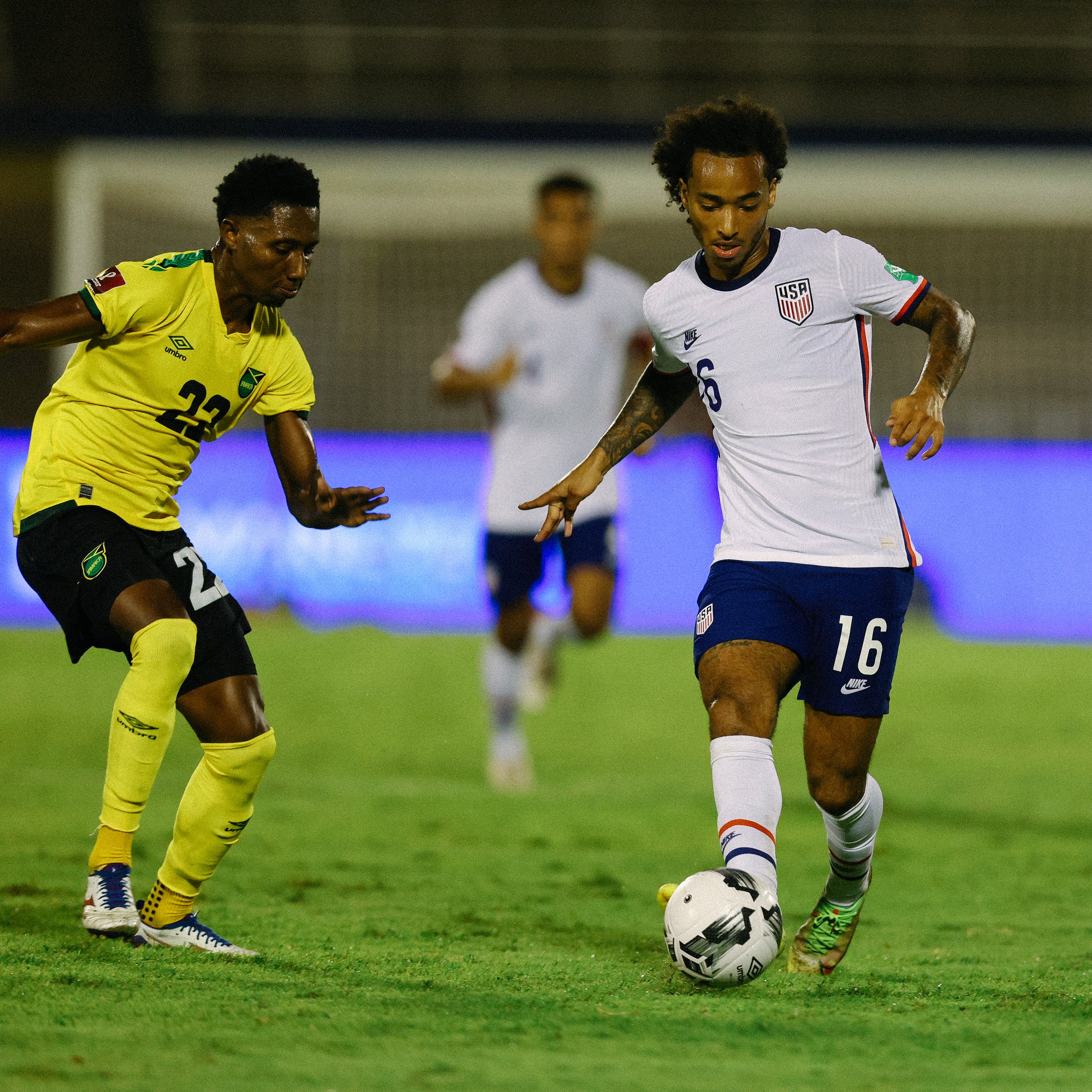 Gianluca Busio #16 of Team USA is challenged by Devon Williams of Jamaica in a match of the Concacaf World Cup qualifiers on November 16 2021 at Independence Stadium in Kingston, Jamaica.

KINGSTON, Jamaica.- Concacaf World Cup Qualifying for Qatar 2022 continued on Tuesday with Jamaica and the United States fighting to a 1-1 draw at the National Stadium in Kingston.

The draw snapped the North Americans’ four-match winning streak against Jamaica in World Cup qualification since a 2-1 Jamaica win on September 7, 2012.

The teams traded beautiful individual goals in the first half to account for all of the scoring.

The U.S. took a 1-0 lead in the 11th minute when winger Timothy Weah played the ball to Ricardo Pepi near the top of the box and then got the ball back, taking a pair of touches and finishing from a difficult angle for the first goal of the match.

In the 22nd minute, however, Jamaica was level 1-1, as Michail Antonio squirmed away from U.S. MF Tyler Adams and lashed a shot from well outside the 18-yard area that went blazing past U.S. GK Zack Steffen and into net. The gorgeous goal was the second consecutive match in which Antonio has scored.

The draw ran Jamaica’s undefeated streak in the final round of World Cup qualification to four matches, while the U.S. has avoided defeat in its last three.

The players won’t play in qualification again until January 27 when the United States hosts El Salvador and Jamaica welcomes Mexico.