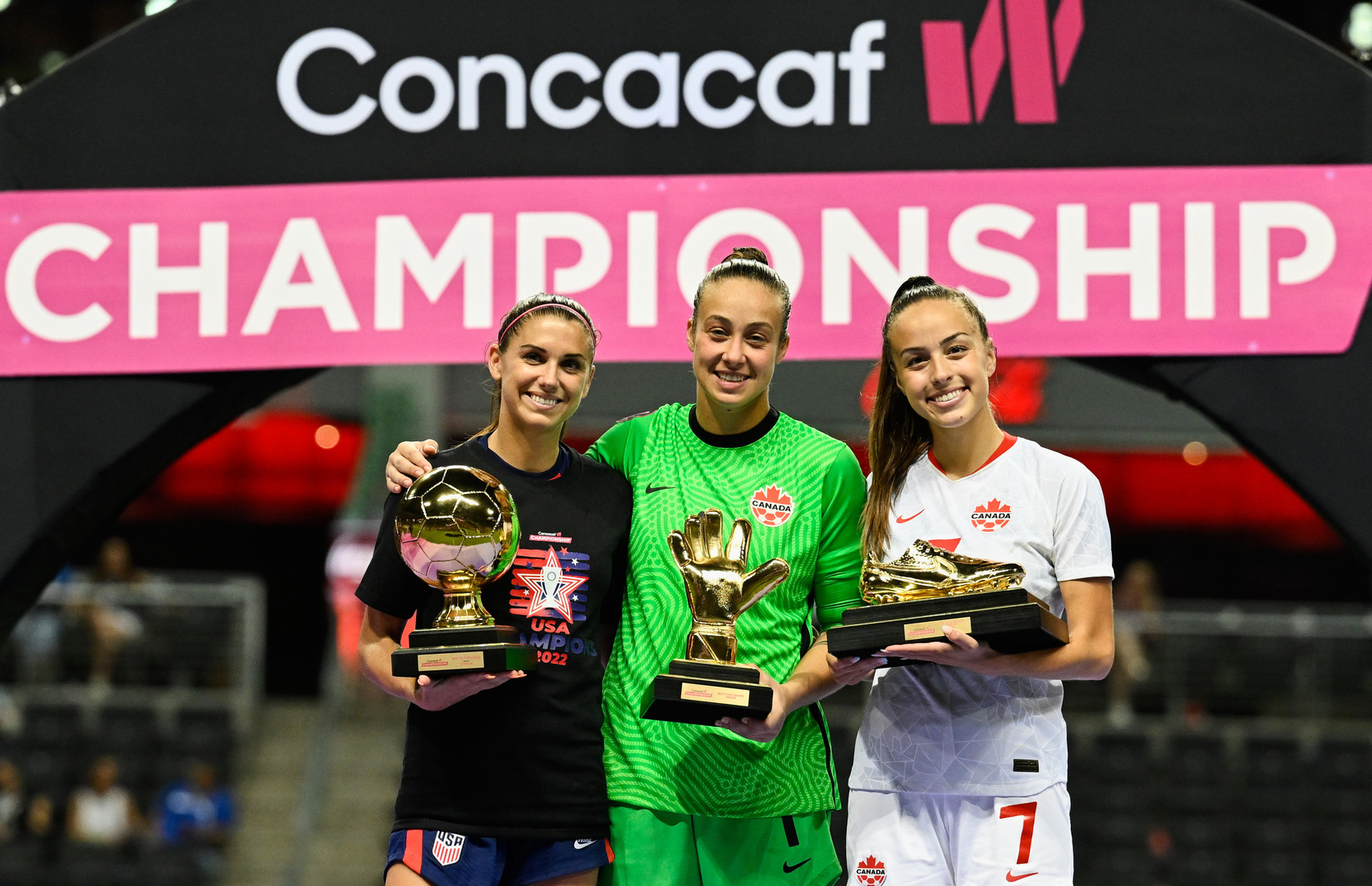 MONTERREY, Mexico – The 2022 Concacaf W Championship in Monterrey has concluded following the 1-0 victory for the United States over Canada in Monday’s Final at the Estadio BBVA in Guadalupe.

There were a number of standout performances over the two weeks at both the individual and collective levels, with the following players and teams earning top distinctions.

Canada have earned the Scotiabank Fair Play Award in recognition of the exemplary behavior that promoted the spirit of fair play and compassion in the 2022 CWC.

Dumornay was a headache for opposing defenses during Haiti’s campaign, which included a first ever CWC victory against Mexico (3-0). Dumornay’s playmaking led to a penalty in Haiti’s opener versus the United States, while against Mexico she completed 30 of 31 passes. Dumornay then completed the tournament by twice hitting the post in the group stage finale against Jamaica.

Sheridan finished the tournament with just one goal allowed, as Canada finished as runners-up. The 27-year-old recorded three clean sheets and made seven saves in four matches.

🙌 Kailen Sheridan is named as the Best Goalkeeper of the 2022 #CWC! @CanadaSoccerEN pic.twitter.com/xXpF4puQOZ

Grosso finished the tournament as the top scorer, notching three goals in Canada’s run to the Final. Most impressive was that Grosso’s three goals came in just 172 minutes of action, helping the reigning Olympic champions qualify for the 2023 FIFA Women’s World Cup.

The 2018 CWC Top Goal Scorer Award winner took home the prize of the 2022 tournament’s best player after scoring the winning goal in Monday’s Final, coolly converting a penalty in the 78’ to deliver the win for the U.S. Morgan finished the tournament with three goals to help the U.S. claim their ninth CWC title.