U.S. down Canada to win Girls’ U15 Championship 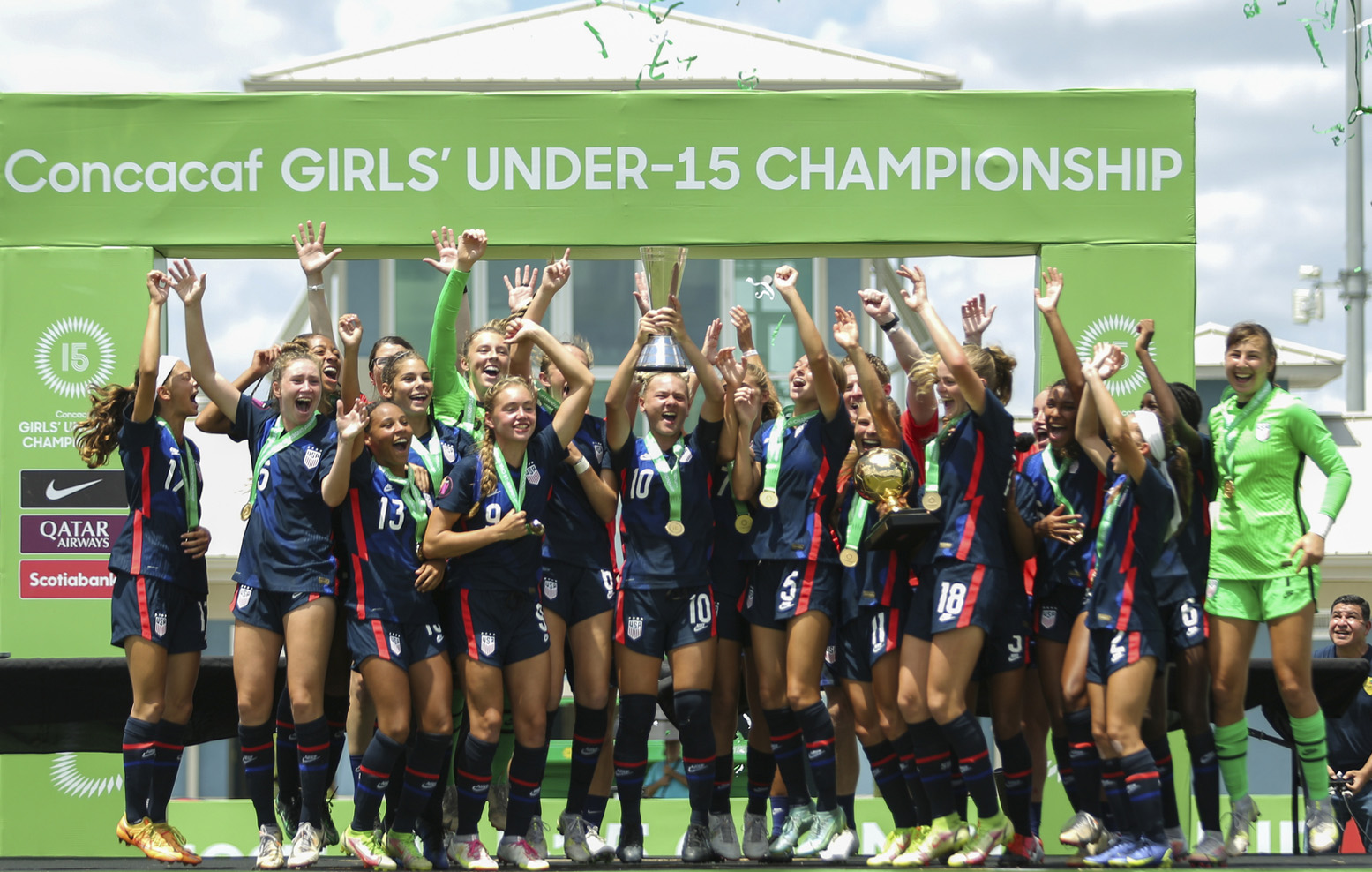 The United States Girls’ Under-15 team celebrates their win in the final match on August 7, 2022, in Tampa Bay, Florida.

U.S. down Canada to win Girls’ U15 Championship

MIAMI, Florida – The United States are champions of League A of the 2022 Concacaf Girls’ Under-15 Championship in Tampa, Florida after downing Canada 4-1 on Sunday in the Final.

The U.S. got off to a strong start and held an early 2-0 lead thanks to goals from Alexandra Pfeiffer and Kennedy Fuller. But Canada would answer with a goal from Isabelle Chukwu to make it a 2-1 affair going into the final minutes.

In the end, though, the U.S. secured the title with late goals from Abby Ballek and Ashlyn Puerta to nail down the 4-1 victory and a third consecutive Concacaf Girls’ Under-15 Championship crown.

In the Third-Place Match, Mexico marched to a 5-0 victory against the Dominican Republic, with five different players finding the back of the net for El Tricolor.

Hanna Contreras broke the deadlock and soon was joined on the scoresheet by Maria De Leon, Amy Corona, Claire Roybal and Makayla Aranda.

Mexico have now finished in the Top 3 of the Girls U15 Championship in the last three editions.