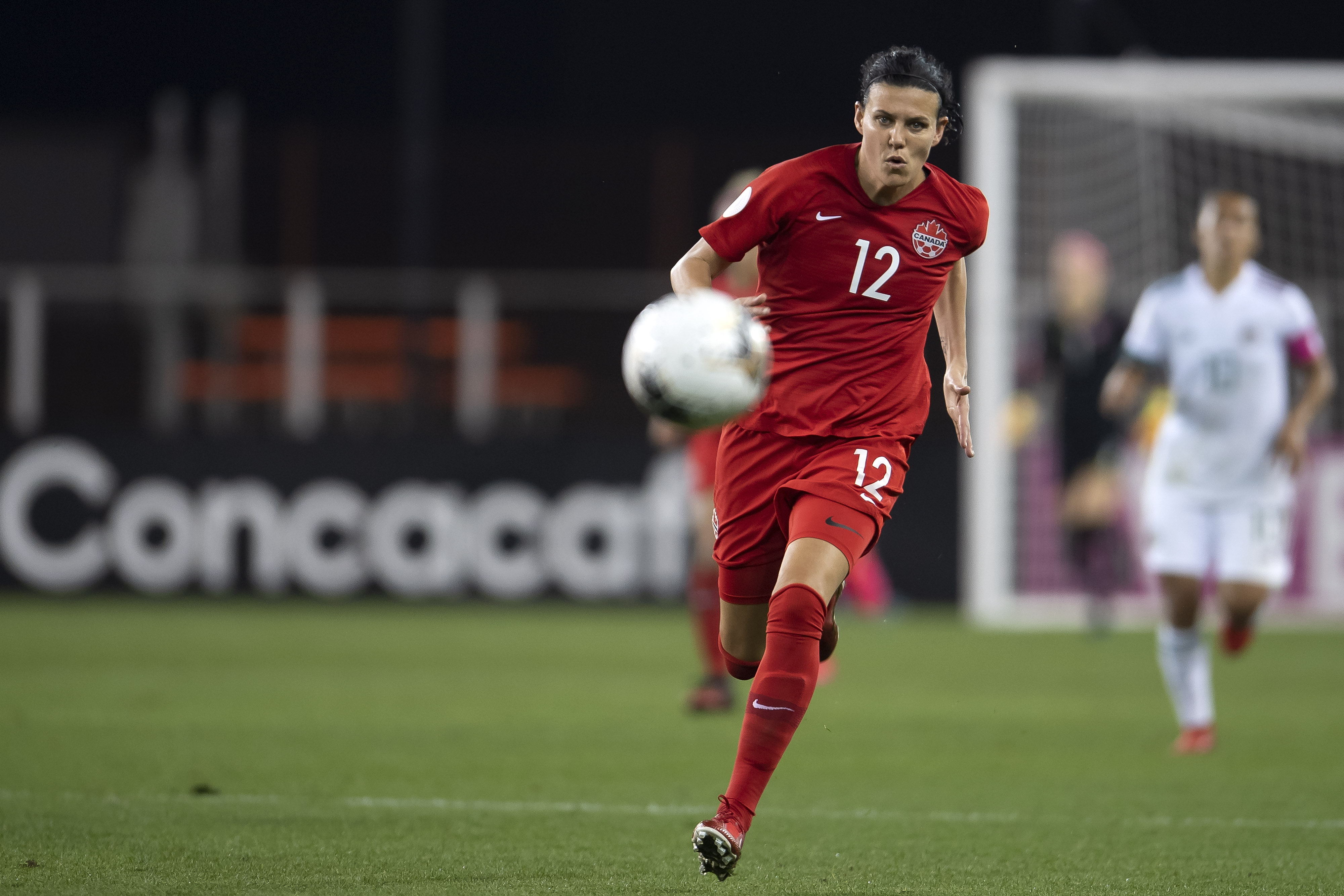 MIAMI, Florida – When one thinks of Concacaf legends, Canada FW Christine Sinclair is right toward the top of the list.

The achievements earned by the 36-year-old Burnaby, Canada native are many, beginning with her 186 international goals in 296 matches, which makes her as the all-time leading goal-scorer for any national team in men’s or women’s football.

It is fitting that her historic 185th goal to surpass United States FW Abby Wambach (184 goals) came during the 2020 Concacaf Women’s Olympic Qualifying Championship when she scored the second of her two goals in a 11-0 win versus Saint Kitts and Nevis.

Sinclair ranks as the top scorer in the history of the CMOQ, with 21 goals, including the three goals she scored to lead Canada to a runner-up finish and a berth in the Tokyo Olympics.

Sinclair also notched a hat trick in her first ever Concacaf WOQ match in 2004 in a 6-0 win over Jamaica before finishing the tournament with five goals after bagging a brace in a 4-0 victory against hosts Costa Rica in the Third-Place match.

It was at the 2012 Concacaf WOQ in her native Canada that Sinclair’s goal-scoring prowess came to the forefront, as she won the Golden Boot with nine goals, as Canada qualified for the London Olympics.

The 2016 Concacaf WOQ marked another successful run for Canada, as they punched their ticket to the 2016 Olympics in Rio thanks to Sinclair’s brace in the 3-1 semifinal victory over Costa Rica.

The Concacaf Women’s Championship is another stage where Sinclair has excelled, with 24 career goals in the CWC, including the decisive penalty conversion in the 1-0 win in the 2010 Final against Mexico.

Sinclair also starred at the youth national team level, including winning the Golden Boot at the 2002 FIFA Under-20 Women’s World Cup.

Suffice to say, when it comes to Concacaf competition, Christian Sinclair stands at the mountaintop.