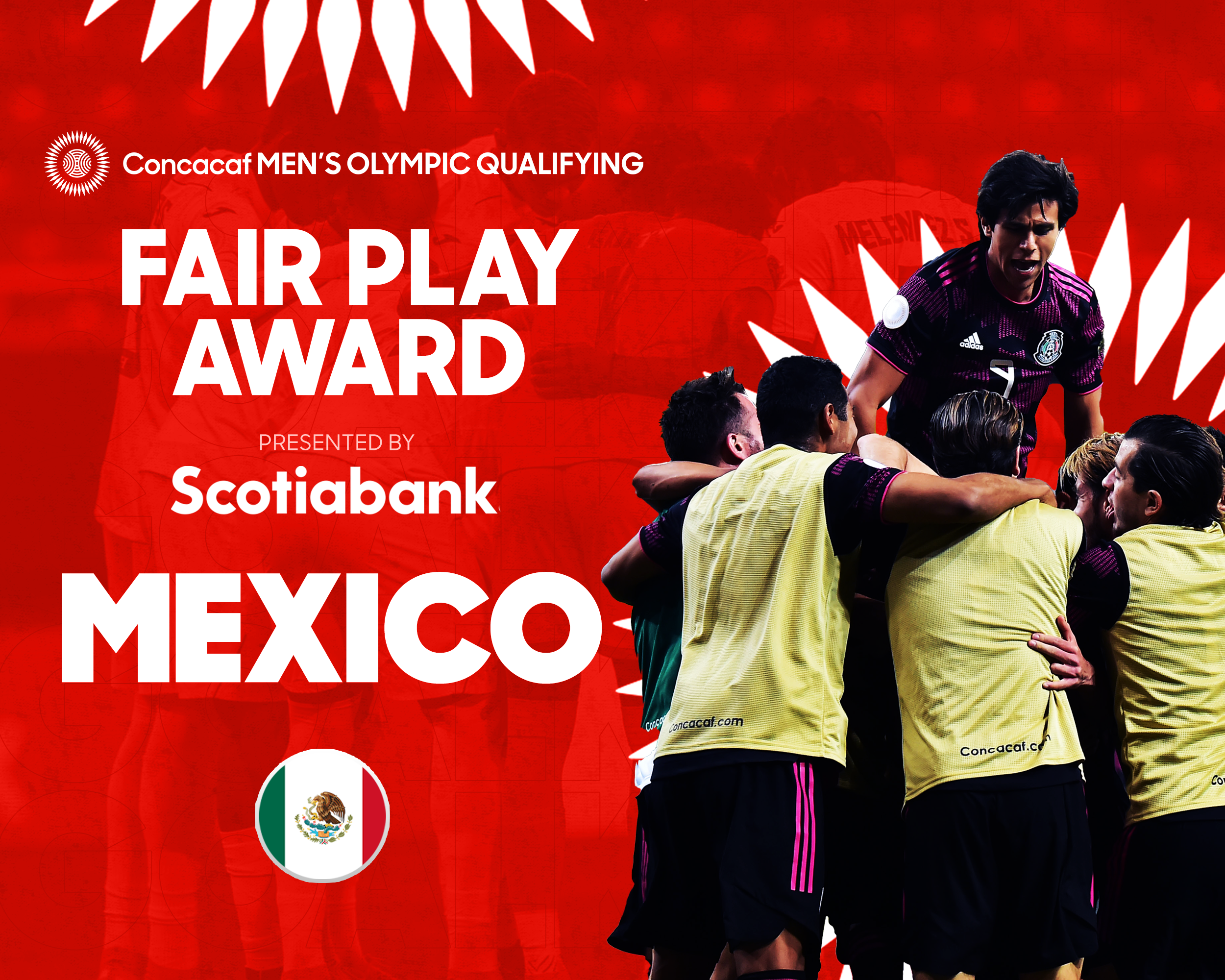 GUADALAJARA, Mexico – Mexico have earned the 2020 Concacaf Men’s Olympic Qualifying Championship Scotiabank Fair Play Award in recognition of the exemplary behavior that promoted the spirit of fair play and compassion in Concacaf competition.

Mexico clinched their third straight berth in the Olympics with a 2-0 victory over Canada in the semifinals, before claiming a third consecutive CMOQ title by defeating Honduras 5-4 in a penalty shootout following a 1-1 draw.