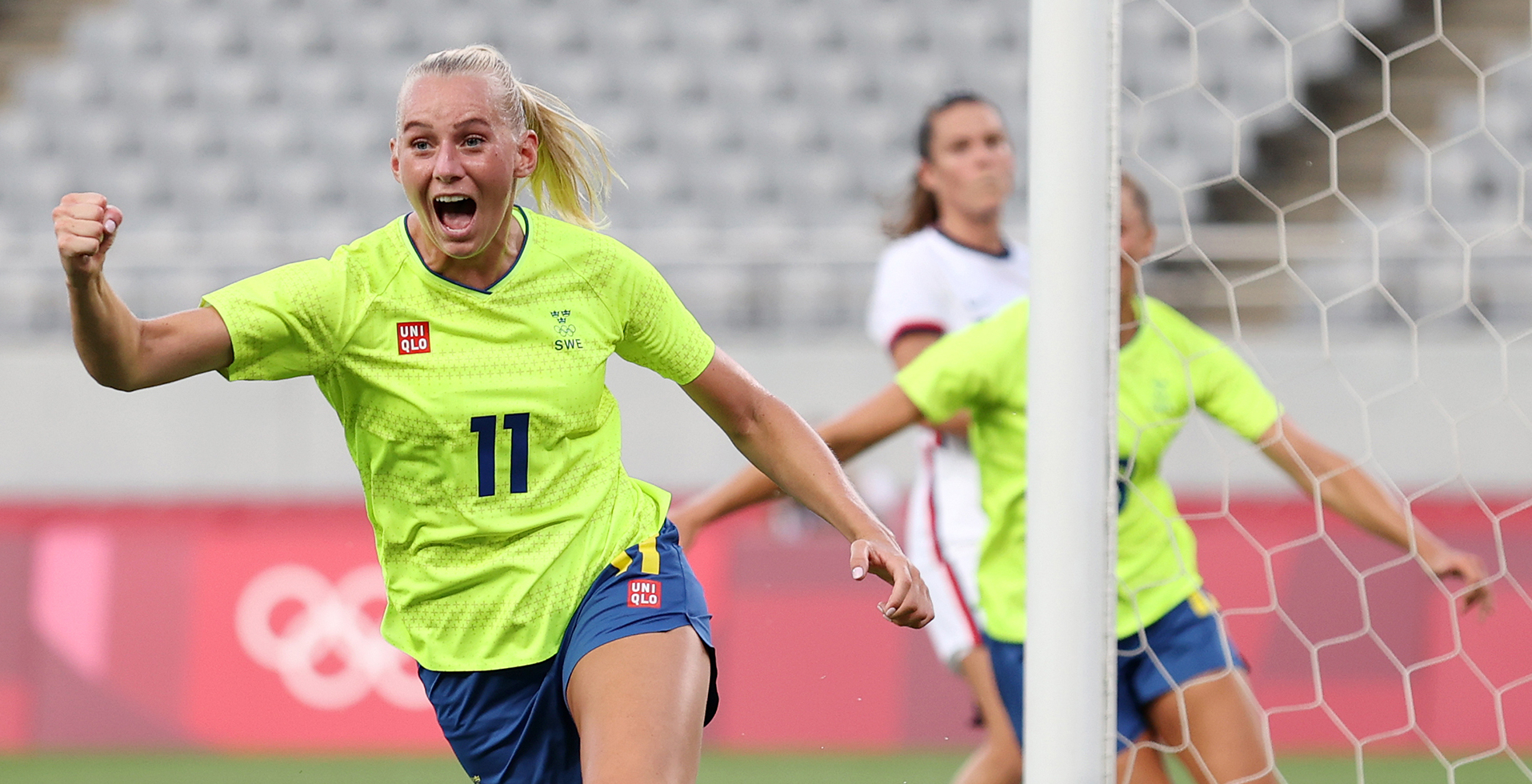 Stina Blackstenius of Sweden, celebrate after scoring against USA on Wednesday in Group G play at Tokyo Stadium in Tokyo.

TOKYO, Japan – The United States Women’s National Team opened their 2020 Tokyo Olympics with a 3-0 defeat to Sweden on Wednesday in Group G play at Tokyo Stadium in Tokyo.

In a rematch of their quarterfinal contest at Rio 2016, the two sides traded early chances before Stina Blackstenius broke the deadlock in the 25’ with a darting run that ended with her turning in a header at the near post off a cross from the right flank to hand Sweden a 1-0 lead.

Blackstenius then doubled the Sweden lead to 2-0 in the 54’ by being at the right place and the right time. A header off a Sweden corner kick bounced off the post and all alone stood Blackstenius, who calmly redirected the ball into net.

The reigning world champions looked to respond and Carli Lloyd looked set to pull her side back to within a goal in the 61’, only to see her shot deflected wide.

Any hopes of a U.S. comeback though were dashed in the 72’ when Lina Hurtig’s towering header in the 72’ beat U.S. GK Alyssa Naeher to complete the 3-0 scoreline.

The U.S. will look to bounce back in their second group match when they face New Zealand on Saturday.