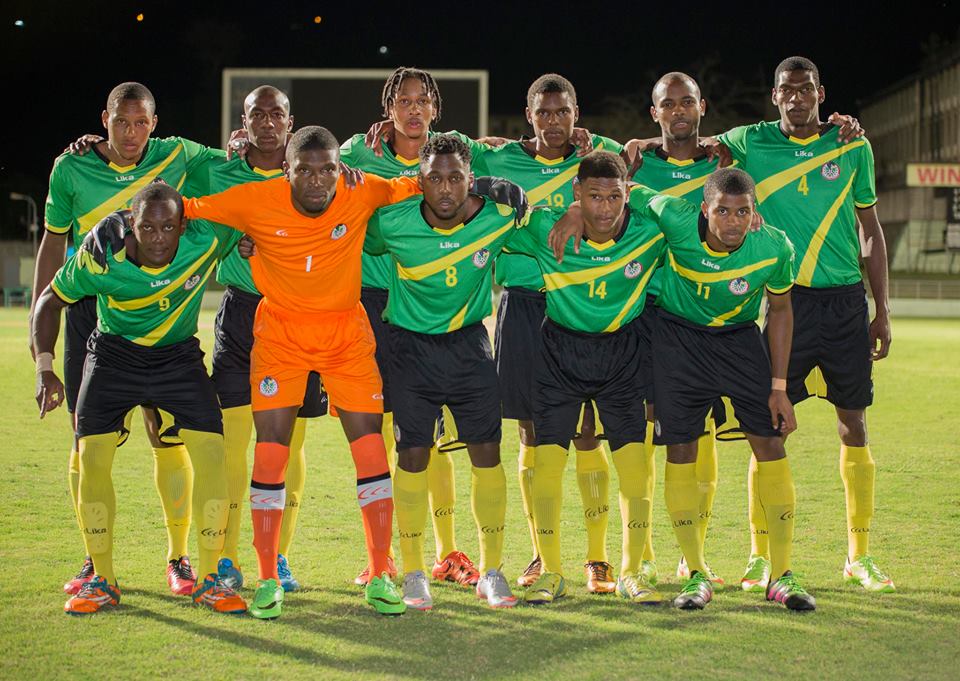 Dominica's Men National Team is intent on making a strong impression in the 2018 CONCACAF Nations League qualifiers which sees them hosting Suriname in their opening match on September 6th. The encounter is set to be the next biggest event on the calendar for Dominica's football and head coach Rajesh Latchoo couldn't more anxious with roughly three months still left before kick off.

The Caribbean Island which has a population 73,000 was left devastated by Hurricane Maria in September 2017 and their Communities also paid heavily, with roofs torn away, entire homes ripped open and debris littering the land like confetti. The breadth of the destruction was staggering with sporting facilities including their football venues badly damaged. But according to Latchoo, just under a year later, things are beginning to look better and any level of success in the Nations League would be a boost for the island, hence the reason that they intend to give it they're all in the qualifiers.

"The CONCACAF Nations League is a very big event for us, the national team and for the island of Dominica. It is something exciting again for the nation and it will be an opportunity for the people to come together to support the national team for a good cause and maybe a chance to bring some joy again after the sad state we were left in after Hurricane Maria," Latchoo told CONCACAF.com

The Trinidad and Tobago-born coach mentioned the fact that the assistance from CONCACAF towards development has been a major help to football on the island and its road to recovery following the devastation caused by Maria.

"These programmes such as the CONCACAF coaching programmes, the League development and club licensing help the country a lot," Latchoo said.

"We can see with the coaches who have done the licenses are now more educated and we are seeing it in how they carry out their programmes. The CONCACAF train the trainer's course is also beneficial as it allows us to now have a better vision of where our football has to go. There is a sense of purpose and hope and is very encouraging for Dominica," he added.

Latchoo who coached Trinidad and Tobago's Under 15 Girls team to third place in the 2014 CONCACAF Under 15 Girls Championship, is relishing the chance to take Dominica up the rankings with a positive showing at the Nations League.

"The nations league is important as it gives us more exposure. We always have talented players but we have lacked exposure. And this will change now. This enhances our team by force because we can get to play teams like Canada, Suriname, Sint Marteen and Bahamas and so there is a balance. We get moments of learning and also moments to build our confidence. Good results here can do a world of good for us," Latchoo added.

Dominica will look ahead to the Windward Islands tournament in August before entering the Nations League qualifiers.

"We will have four games in the Windwards tournament which will be ideal preparations for our Nations League campaign. We're hoping to make a good, positive start when it starts in September "

Latchoo is also the head coach of Dominica's Women's Team which recently ended their campaign in the CONCACAF Caribbean Women's qualifying group in Trinidad and Tobago. And the opportunity for women's football is also playing a big part in restoring hope on the island.

Dominica's Kira Bertrand and her sister Kylee are both members of the Dominica national team and spoke about the impact that football has on her and other women players on the island.

"It's a privilege to play for Dominica as representing your country is a great thing for any player," Kira said.

"It means a lot to me to be able to play in a CONCACAF World Cup qualifier. It means a lot to be able to represent our island which was just torn apart by the hurricane. It is a glimmer of hope for Dominica to see them still striving and playing through everything despite not having a lot going on. I am always excited to take part in football for Dominica and I think the opportunities through the CONCACAF tournaments and the courses and so on is a big help for us," she added.

Sister Kaylee feels similarly, adding "It's amazing to have these kinds of opportunities to come out here in Trinidad and play in a CONCACAF tournament. I love Dominica and I'm very hopeful of seeing things improve for the island as a people and in a sport such as a football.  Watching them go through the hurricane and come back strongly and having hope after that is really important for us. I like the effort CONCACAF is making especially to push women's football to be more professional and giving us the same opportunities that the boys have. I also like seeing the female referees along with the coaches out here taking it more seriously. It's a good boost for us," Kylee said

Dominica's last competitive CONCACAF Men's fixture was back in June 2015 when they lost 4-0 to Canada in a preliminary 2018 World Cup Qualifying match. Come September, they will be seeking to stake an early claim and press on for the chance of making it through to the Nations League Finals in 2019 and the CONCACAF Gold Cup 2019.

The top 10 finishers in Nations League qualifying will earn a place in next year's Gold Cup, which was recently expanded from 12 teams to 16 teams.