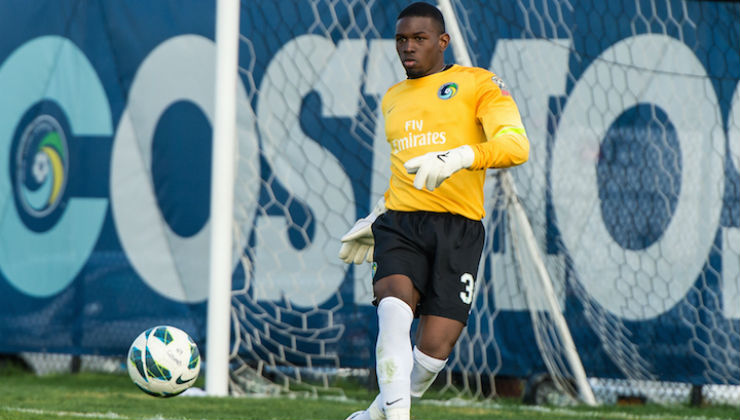 WILMINGTON, Delaware - There is plenty reason for the Barbados National Team to be excited heading into CONCACAF Nations League Qualifying.

The Bajan Tridents are coming off a 3-2 win and 0-0 draw against Bermuda last March in a pair of international friendlies and hope to continue that momentum when the CNL begins in September.

"We're all excited, it's a huge opportunity for us to try to make the Gold Cup," said Barbados GK Keasel Broome in an exclusive interview with CONCACAF.com.

"I think these matches will give us experience and a chance to play meaningful matches," added Broome.

On the docket for Barbados will be away dated to Guyana and El Salvador, before returning home to play the U.S. Virgin Islands and Nicaragua.

Broome acknowledges it will not be an easy road to a top 10 finish and Gold Cup qualification.

"It's a tough draw. Guyana has a good squad and playing in El Salvador will be difficult. Their fans are passionate and will make it a hostile environment. We'll have to stick together. But those are the type of games you want to be in as a footballer. And at home we have a good record so we won't be an easy opponent for anyone," said Broome.

A torn Achilles suffered while on trial with the New York Cosmos will keep Broome on the sideline for the next few months, however, the 26-year-old believes he'll fit by the time the matches start in September.

"I'm hoping to be back. I'm back home in Delaware rehabbing and doing some coaching so I'm optimistic I'll be back in net for my national team," said Broome.

With eight caps to his name, Broome is part of a young generation of players who also hope that the CNL provides a springboard to bugger and better things at club level.

"I think that long-term it is important to keep our development going. We have good young talent that needs experience. We need guys to get into professional teams, and we hope the CNL helps with that," concluded Broome.