Aruba out to take next step in Concacaf Nations League 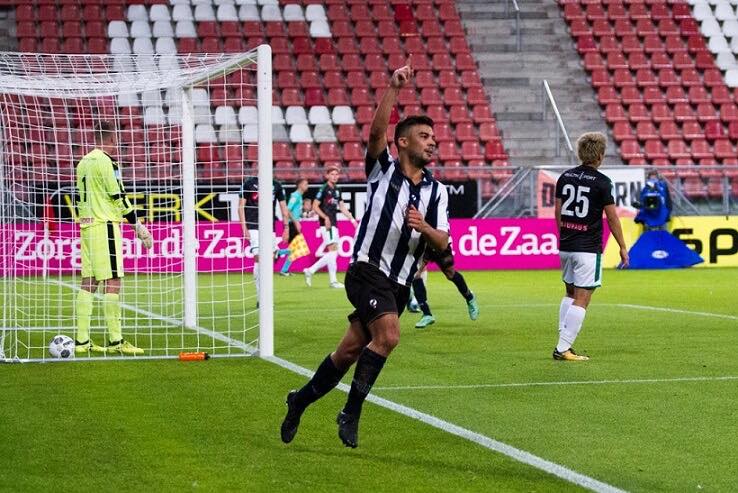 Aruba out to take next step in CONCACAF Nations League

Aruba out to take next step in Concacaf Nations League

ORANJESTAD, Aruba - There is a feeling within the Aruba National Team that a breakout is on the horizon.

The island nation reached the second round of CONCACAF World Cup Qualifying for Russia 2018 and then were narrowly defeated by Antigua and Barbuda (2-1) and Saint Kitts and Nevis (2-0) in the first round of 2017 Caribbean Cup Qualification.

With that in mind, the upcoming CONCACAF Nations League Qualifiers could prove to be the springboard that launches Aruba forward as a footballing nation.

"I think Aruba will benefit a lot [from the CNL]," said Aruba DF Leroy Oehlers in an exclusive interview with CONCACAF.com.

It's not just in the CNL matches where Aruba stand to benefit; the hours spent together both on and off the training field will help foster a bond among Oehlers and his teammates.

"The national team is getting more serious than before. A lot of good players are sent in and are playing for their island. The step we have to make is to evolve as a team; to train with each other and play games so that we can fine-tune the specifics. We have great potential; now is the time to show it," said Oehlers.

The opportunity to prove themselves on an international stage will begin in September against Bermuda, followed later by clashes against Guadeloupe, Montserrat and Saint Lucia. There is no doubt that Aruba will be prepared for their CNL foray.

"I think these opponents are a good start to measure ourselves. Every time we play with each other we are learning and getting better. Aruba can do great things; now is the time to show it! We will be ready for these games," said Oehlers.

On a personal level, with 11 caps to his name, the 25-year-old left back for Dutch club FC Lisse says that it is a special feeling every time he puts on the Aruba shirt.

"The national team of Aruba means a lot to me. My father is Aruban. I lived my whole life in the Netherlands but fell in love with the island. Since my first time with the national team, I made friends for life. Every time I play for the nation we feel like warriors going into battle," concluded Oehlers.