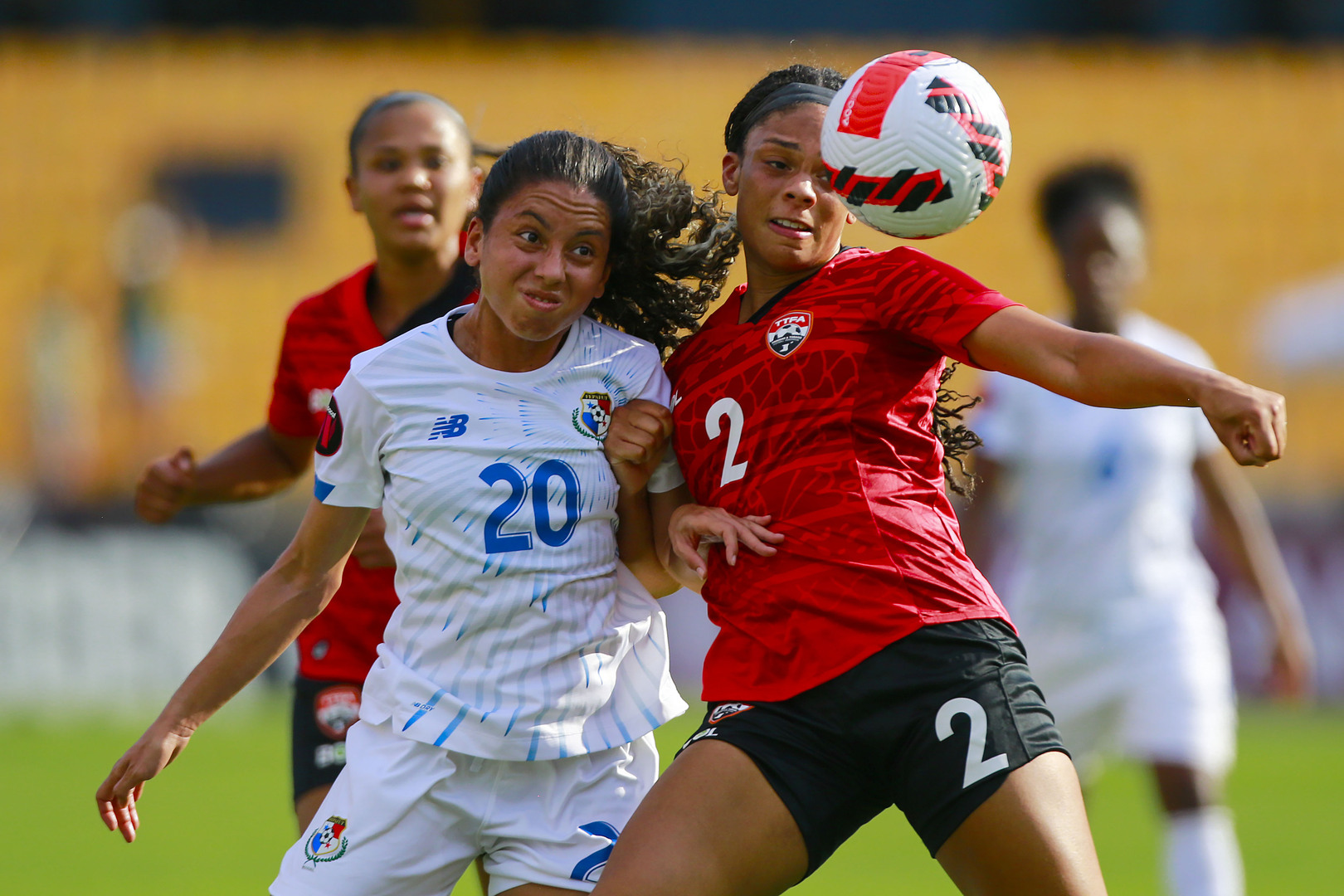 Chelsi Jadoo controlling the ball in the match between Trinidad & Tobago against Costa Rica the 2022 Concacaf W Championship.

MIAMI – Women’s football in the Concacaf region continues to break barriers, with players displaying their talent all around the world. Trinidad & Tobago DF Chelsi Jadoo is one of them, showing her skills in Portuguese team Valadares Gaia FC.

Jadoo signed with Valadares Gaia FC in February 2022, joining the first division team in Portugal, the Liga BIP. This is not her first European experience though, as she previously played for Lank FC Vilaverdense, another Portuguese side.

But that’s not the only thing Jadoo has been up to this year. This past July she played in the Concacaf W Championship in Monterrey, representing the historic National Team of Trinidad & Tobago.

The Soca Warriors have been present 11 times at the CWC, making them the only National Team that has competed in every edition of the tournament.

They proved how women’s football keeps growing every day all around the world, with Jadoo being part of the squad that traveled to Monterrey to compete in the CWC, facing Canada, Panama and Costa Rica in the first weeks of the tournament in Group B.

After appearing in two matches in CWC Qualifying, Jadoo started in all three Trinidad and Tobago matches at the CWC.

Following the CWC, Jadoo went back to Portugal to continue her journey with Valadares Gaia, who now sit in 10th place in the table after two weeks into the season, having faced Sporting Lisboa and Vilaverdense.

Valadares will keep pushing to go up the table and Jadoo promises to play a big role in that effort, showing how the Portuguese league has enormous talent. The next opportunity for Jadoo to do that will be against Maritimo on Sunday.