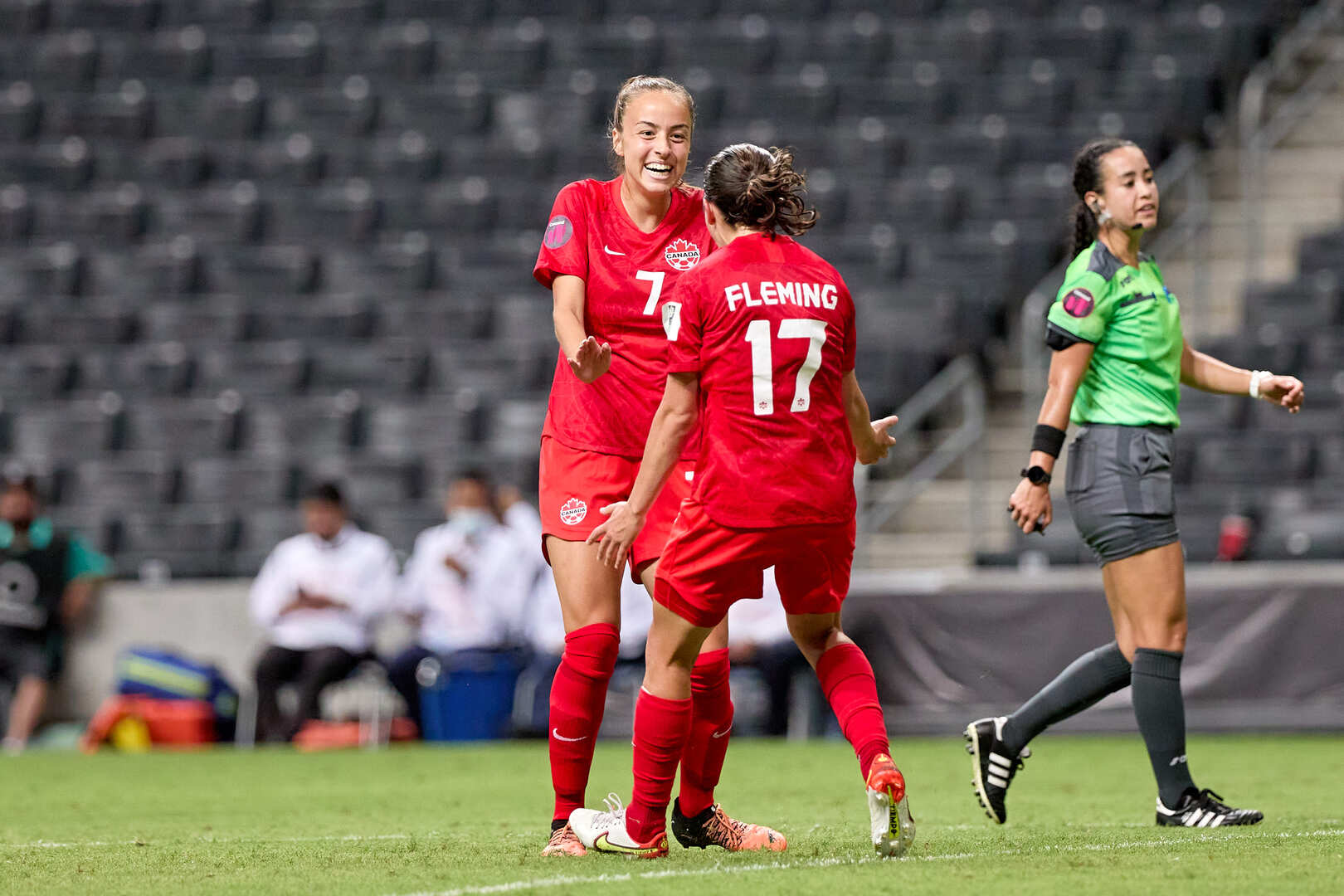 Jessie Fleming #17 and Julia Grosso both, scored goals to help Canada to beat Trinidad and Tobago in a Group B match on July 5, 2022 at the BBVA Stadium in Monterrey.

Monterrey, Mexico – The second match of Group B of the 2022 Concacaf W Championship in Monterrey, played on Tuesday night at the Estadio BBVA, saw Canada down Trinidad & Tobago 6-0.

Christine Sinclair in the 27’ was in the right place when Ashley Lawrence sent the ball over and, with a header, scored the first goal for the Canadian side. With this goal, Sinclair now has 11 CWC goals and 190 goals in 311 international games.

Canada kept pushing and in the 32’, after a VAR review, the referee Katia Garcia ruled in favor of a penalty for Canada. The always ready Jessie Fleming took the ball but missed the chance to extend the advantage by sending it over the crossbar.

Canada didn’t slow down in the second half though and kept trying to add to their goal count, but the Trinidad & Tobago defensive line, led by GK Kimika Forbes, stood firm and kept it a one-goal game past the hour mark.

But in the 67’, after a great collective play and a backheel pass from Jordyn Huitema, Julia Grosso managed to give her team the second goal of the night with a good finish for her first international goal.

Grosso didn’t stop there. In the 78’, she scored her second goal of the night, increasing the Canada lead to 3-0. Fleming then redeemed her earlier miss and scored the fourth goal for Canada in the 84’.

After attacking all match, Janine Beckie made it 5-0 in the 86’ and then played the role of playmaker in the 91’, assisting Jordyn Huitema, who scored the sixth goal of the night for her fifth career CWC goal.

The Olympic champions will next face Panama to try to remain Group B leaders, while Trinidad & Tobago will be tested against Costa Rica. 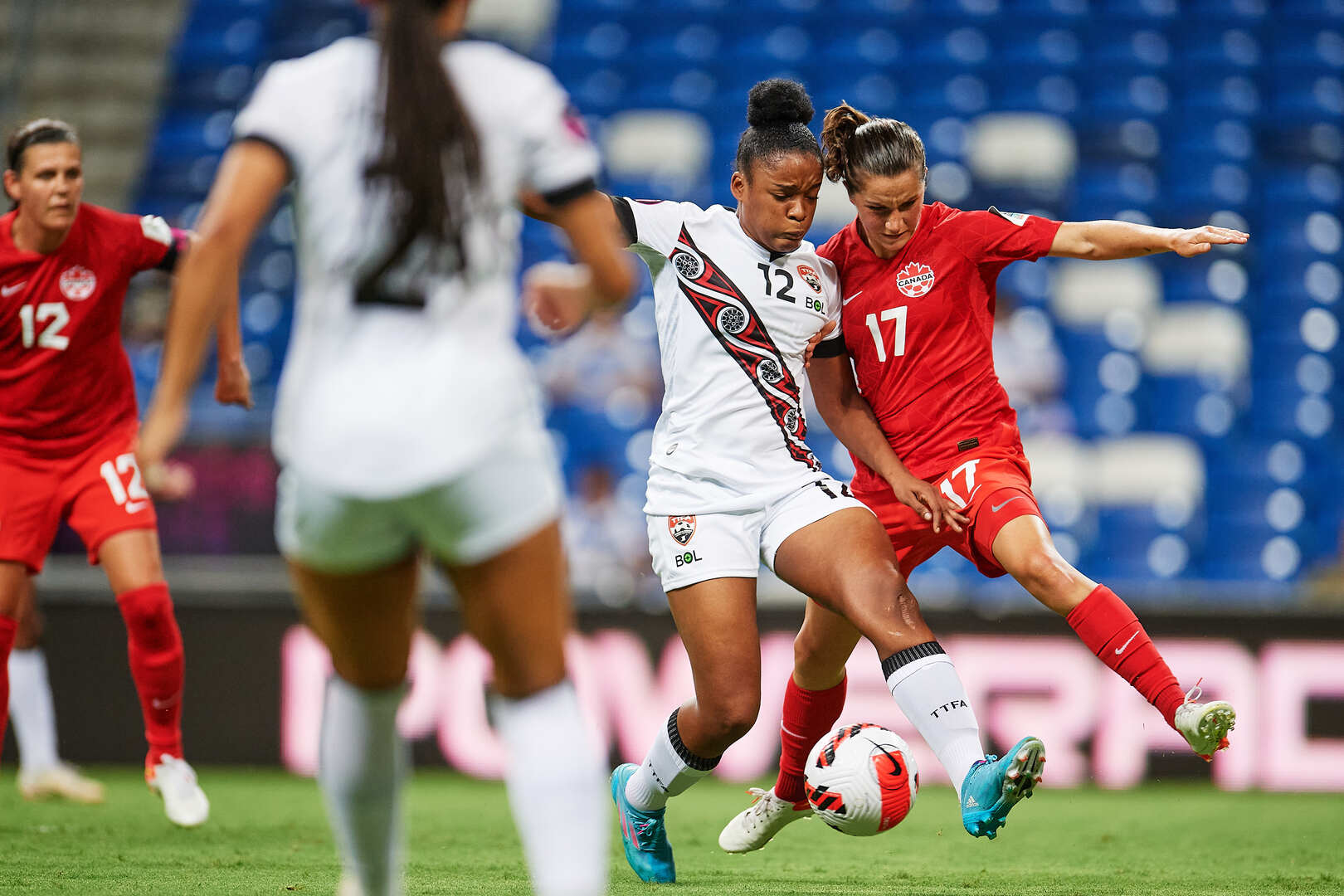 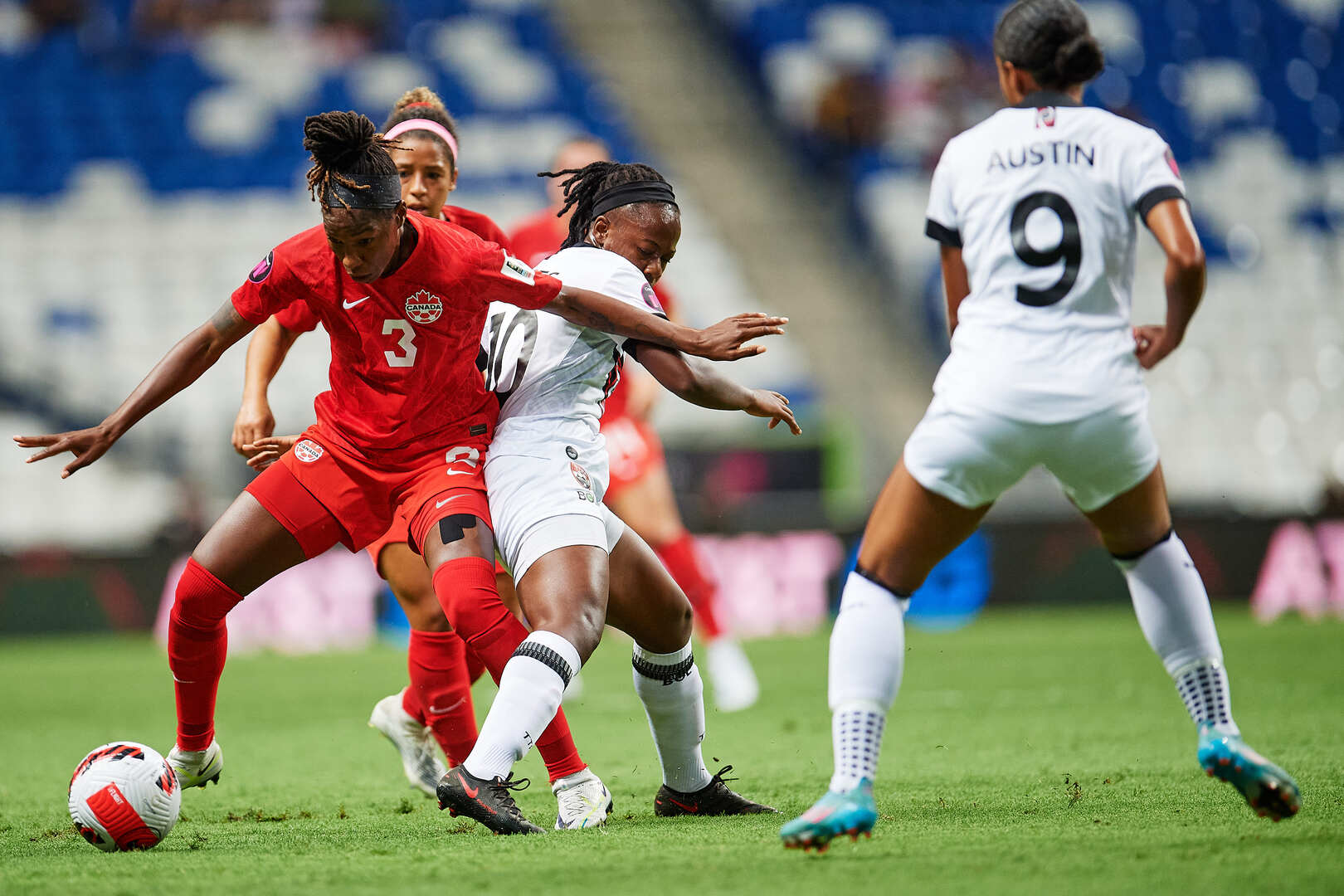 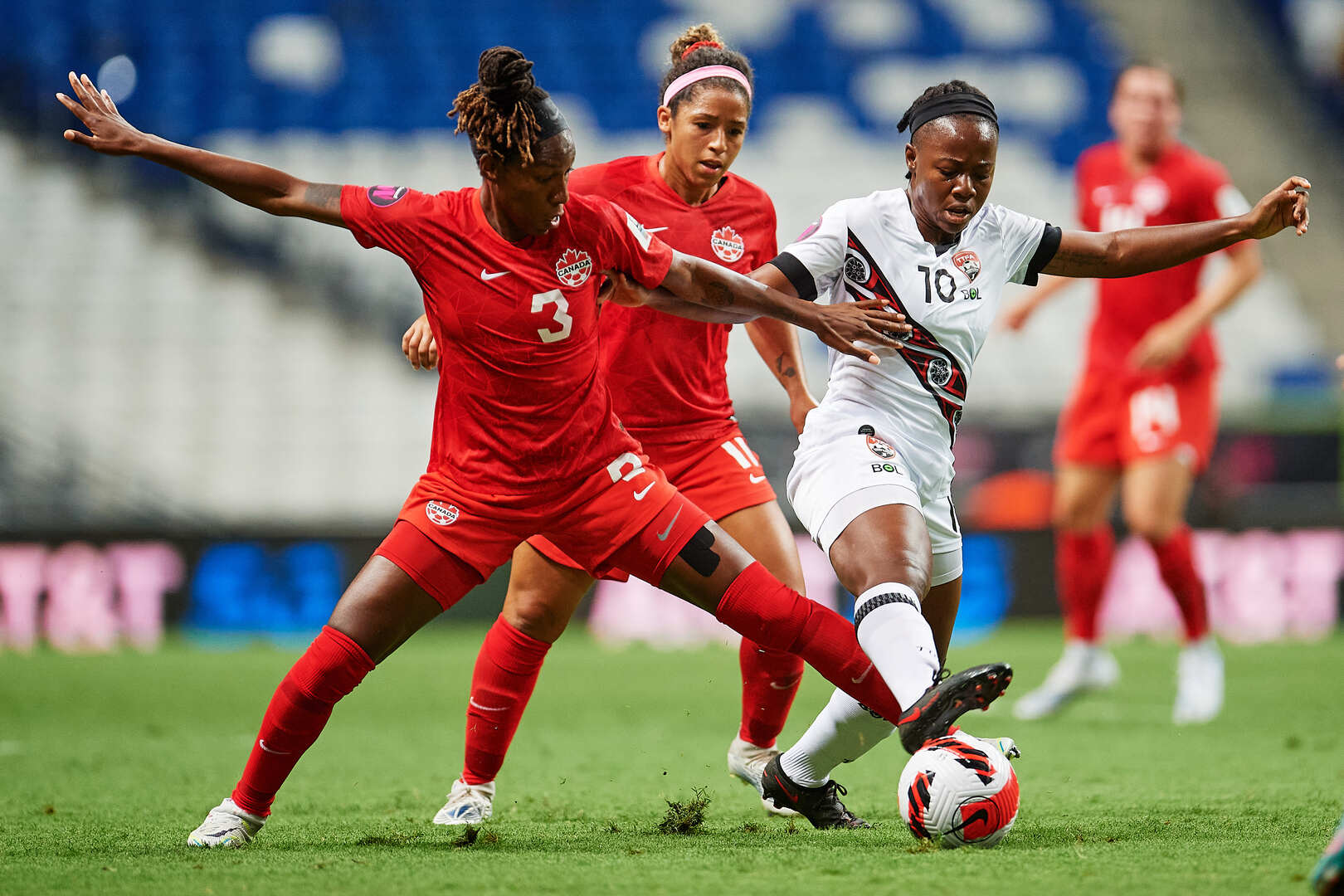 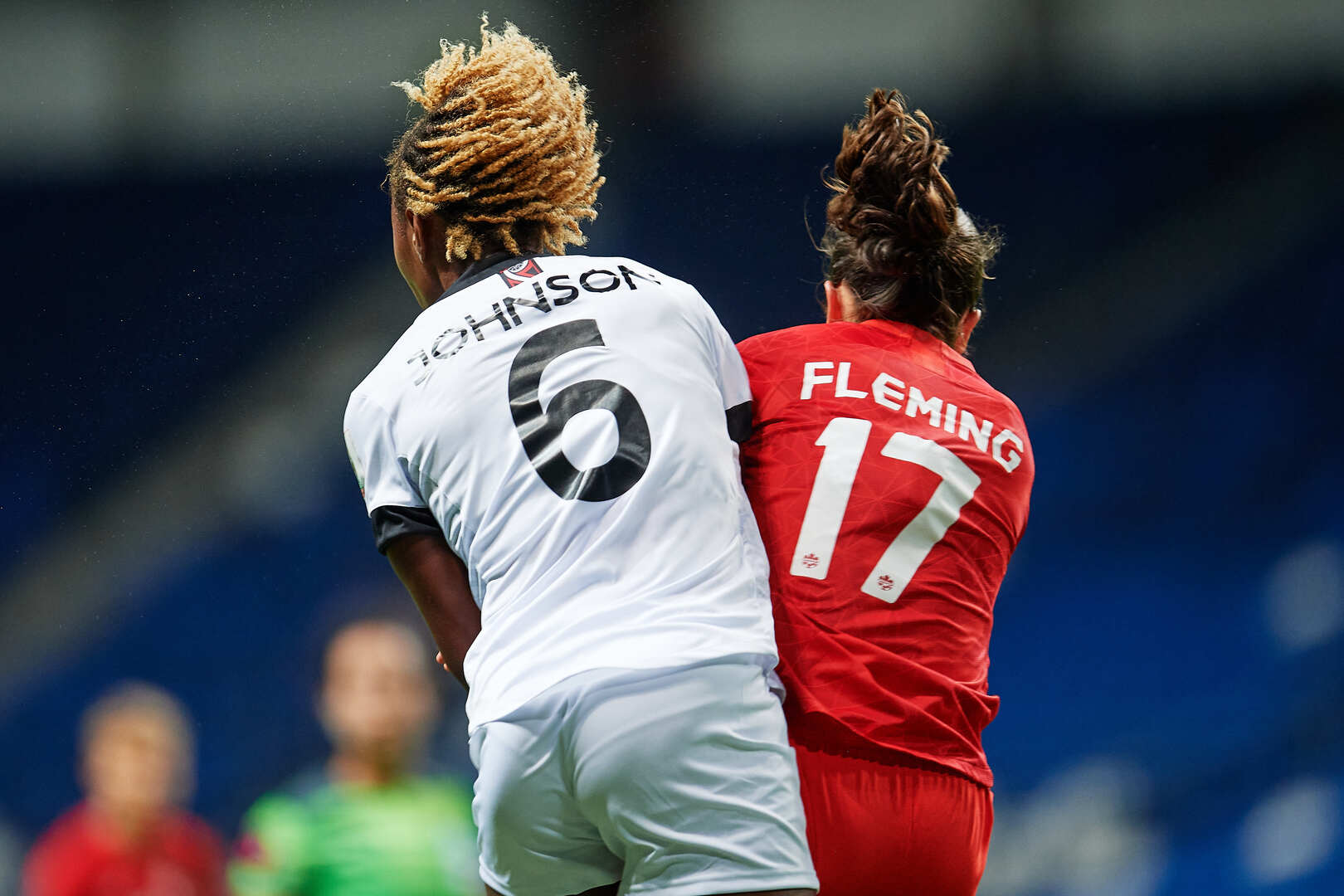 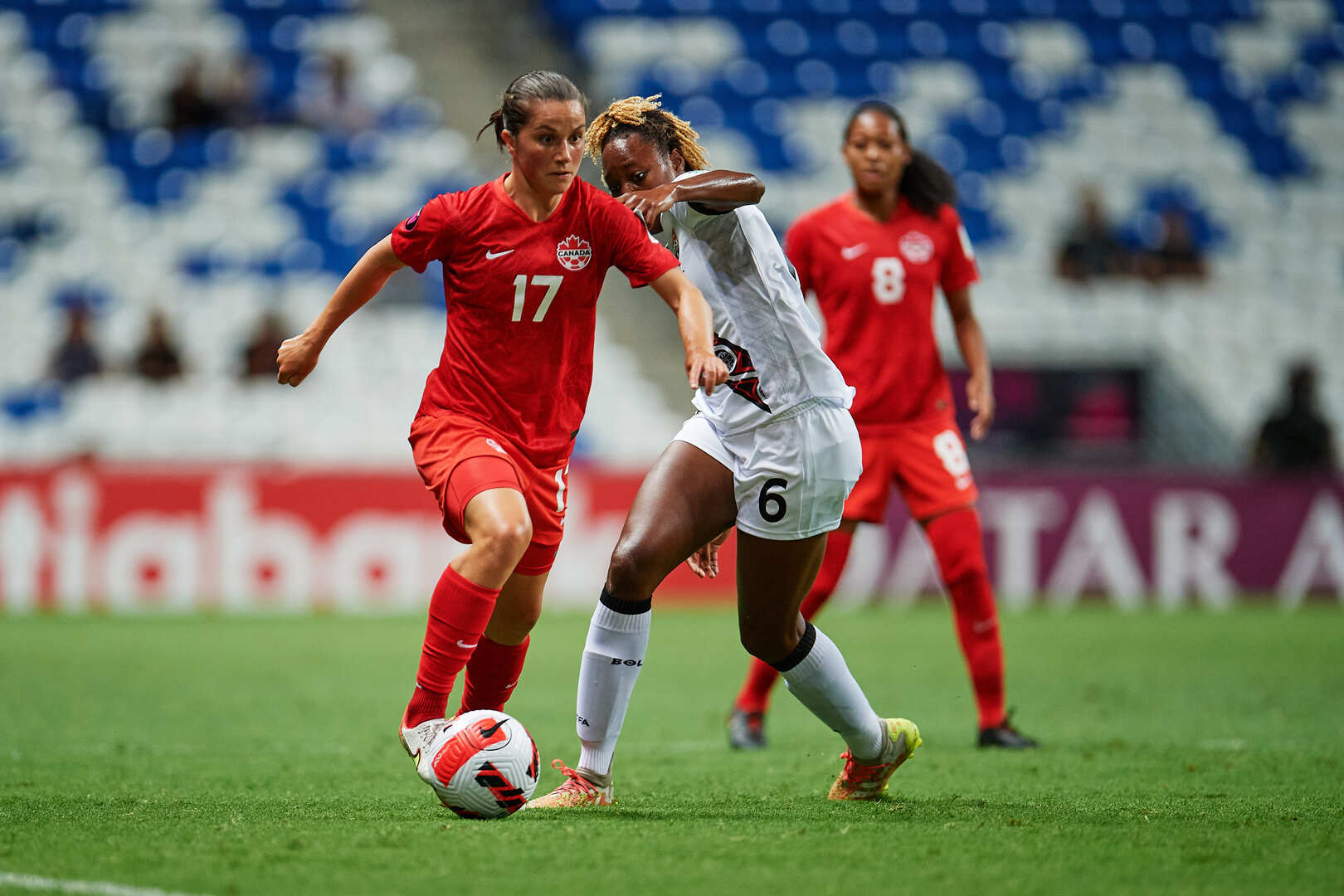 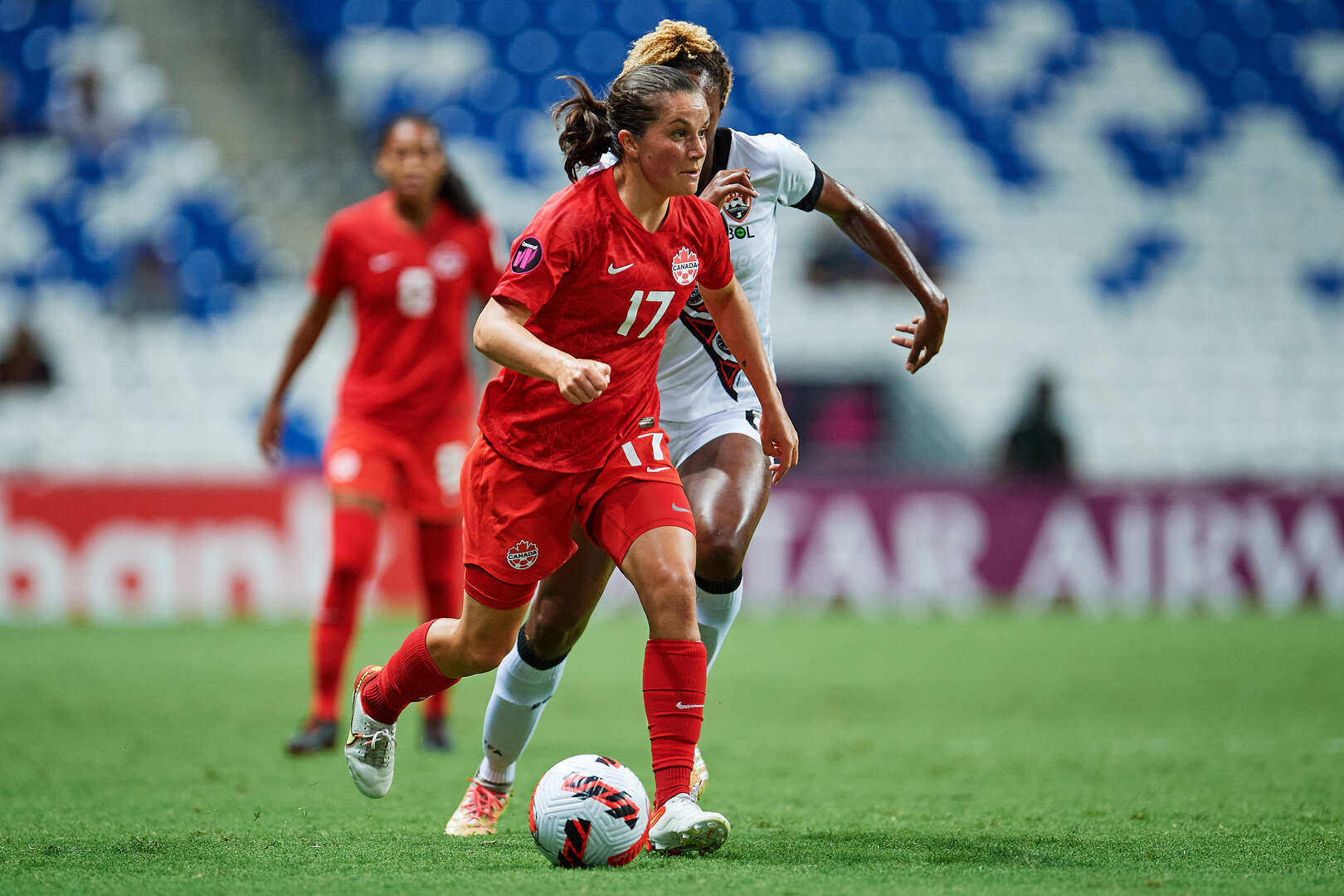 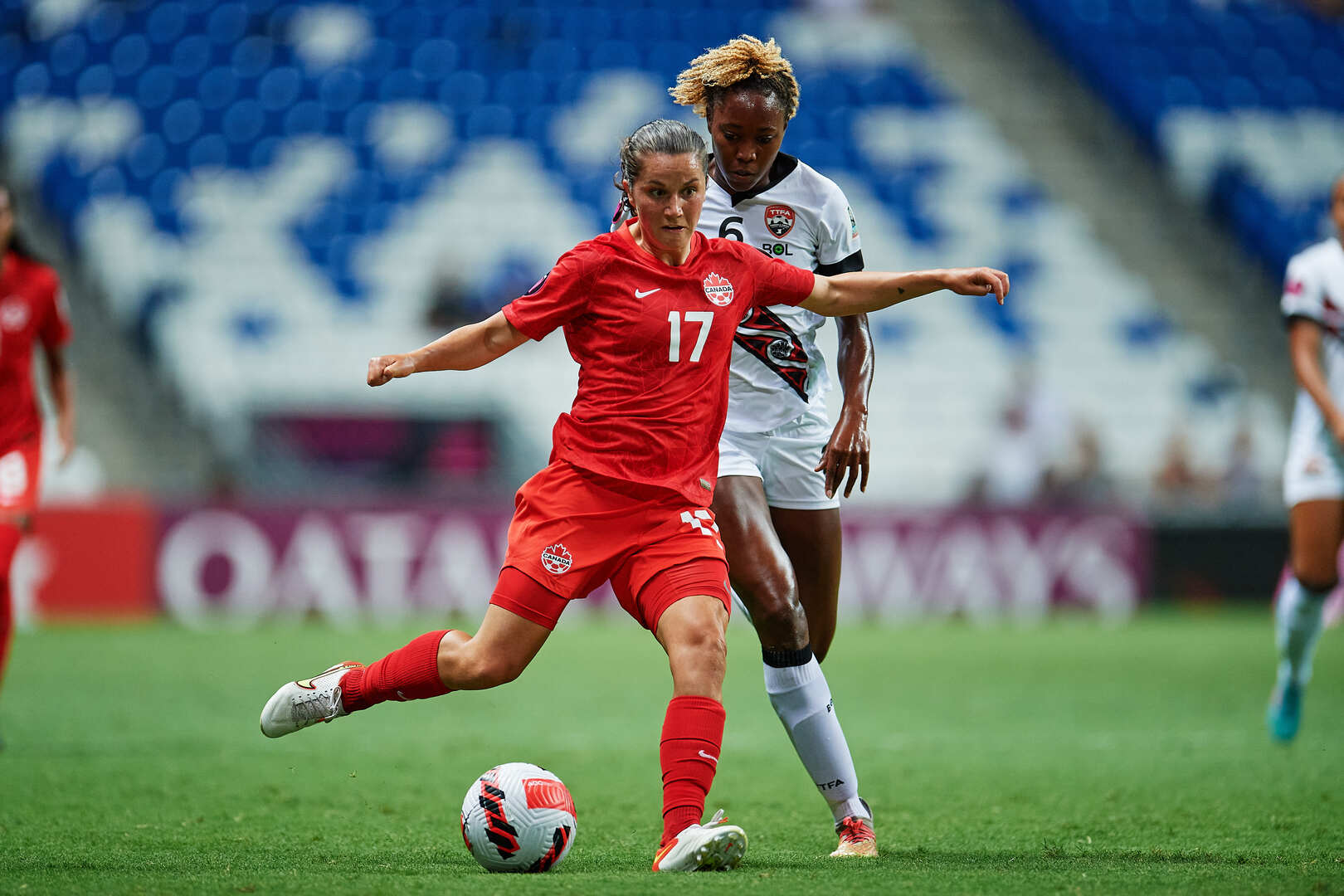 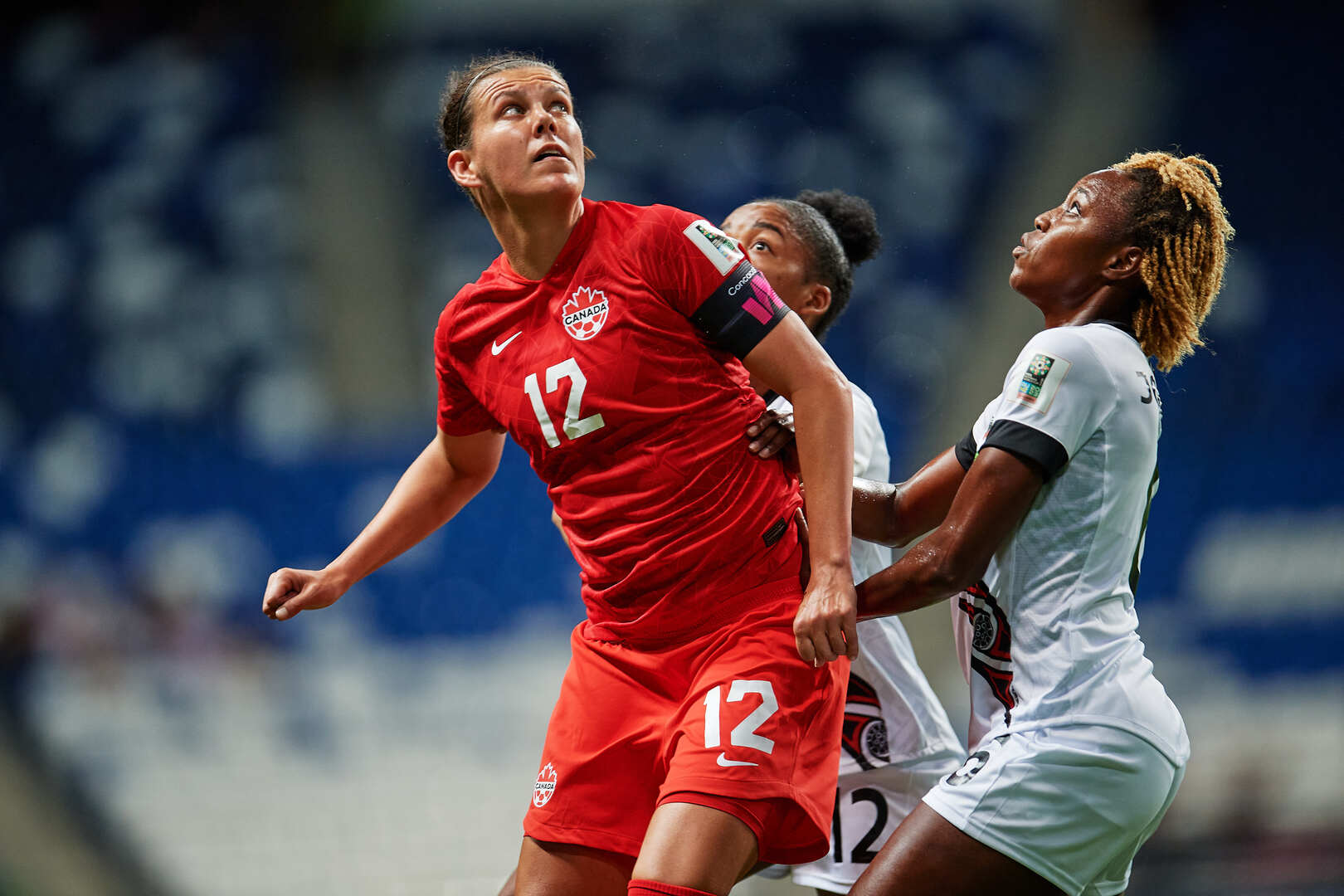 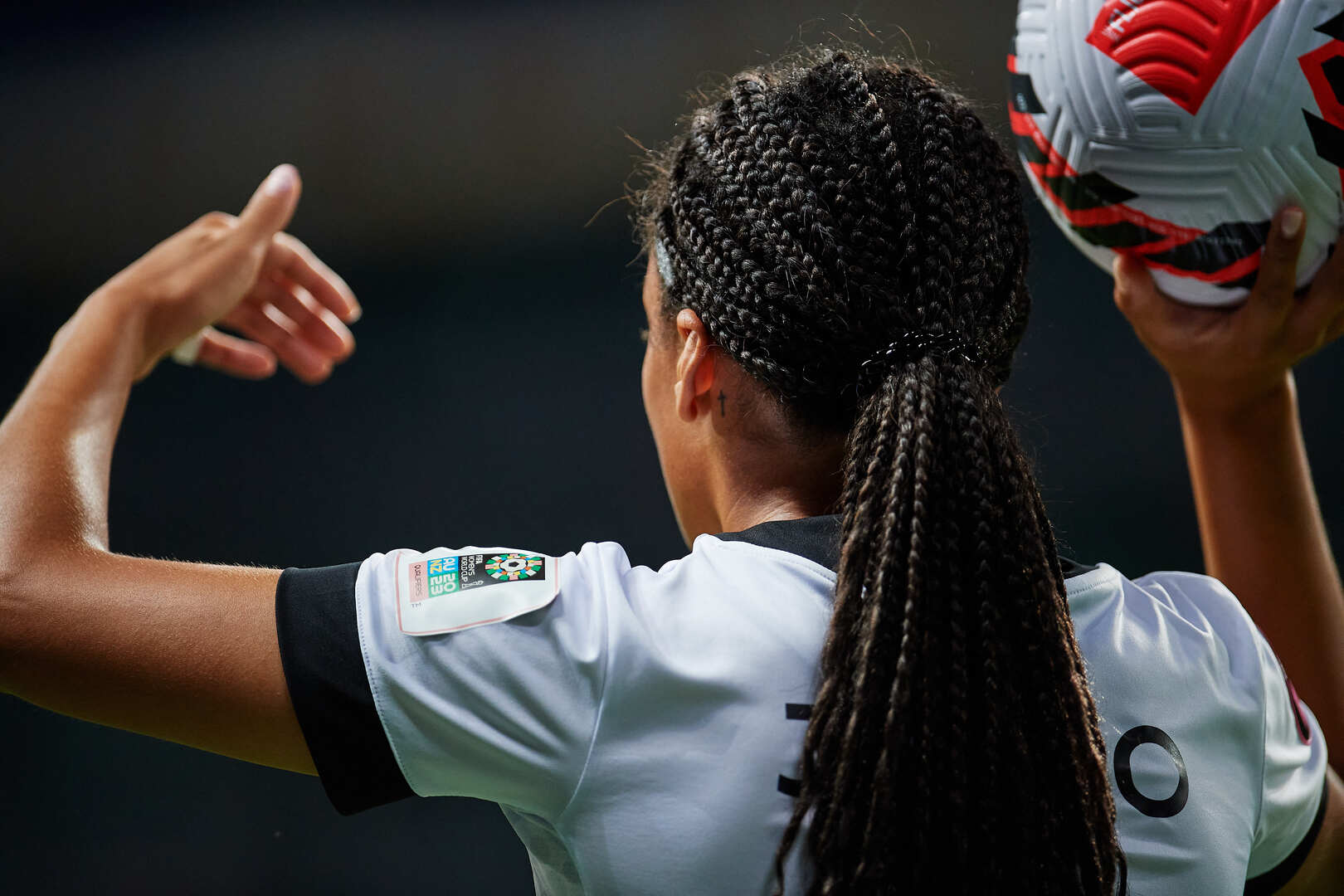 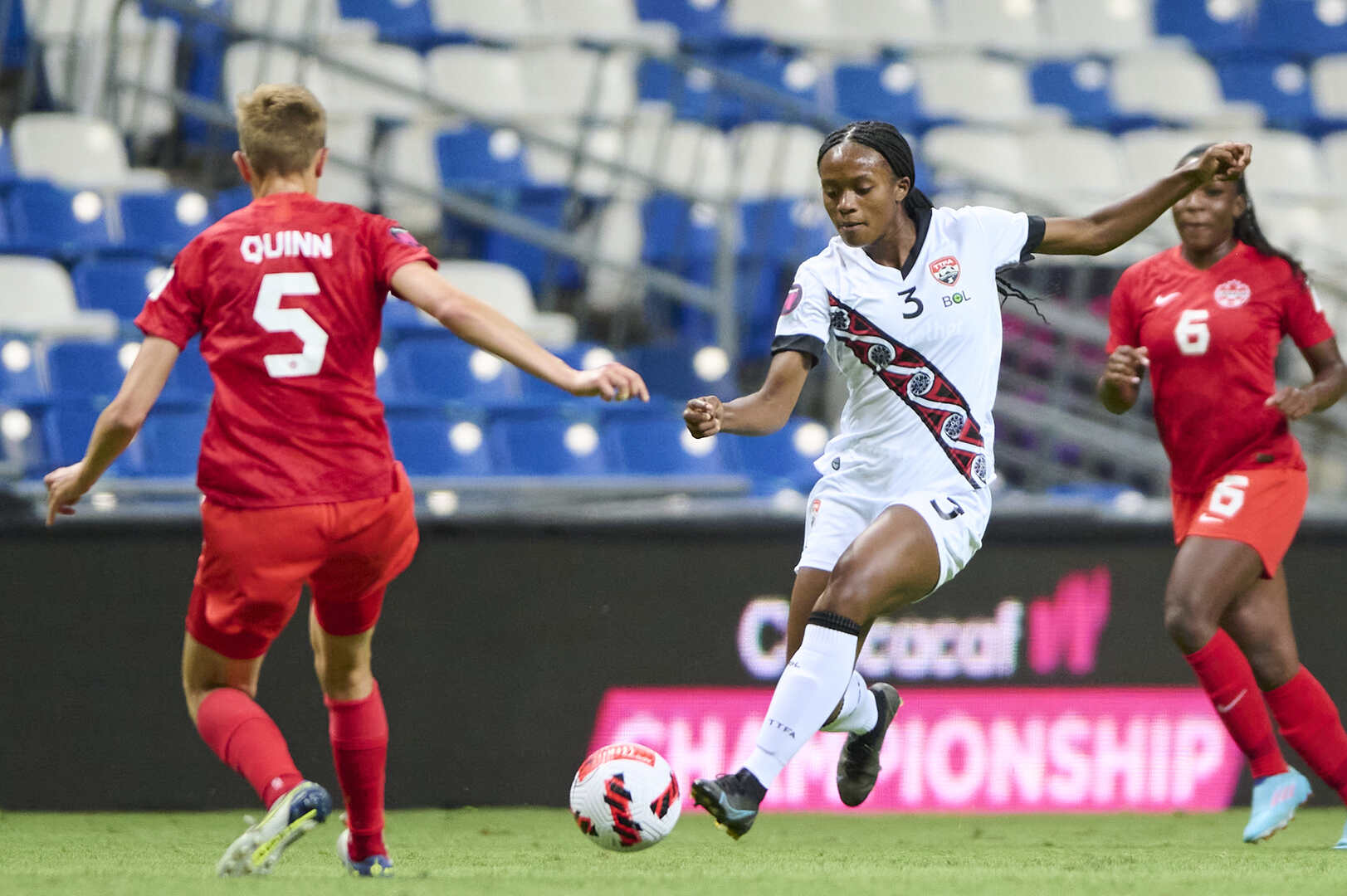 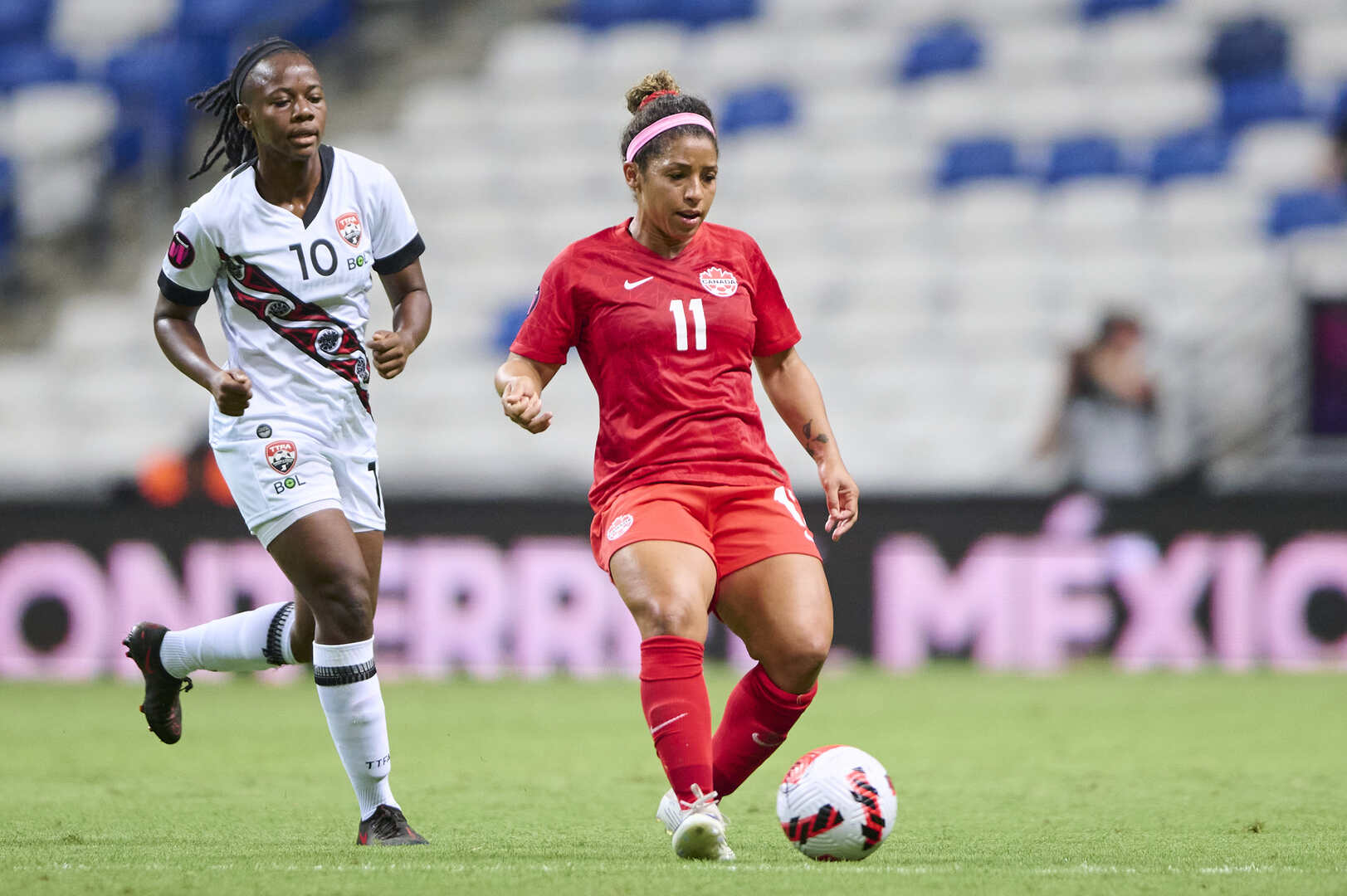